Accessibility links
Why Spying On Our Kids To Solve Cyberbullying Might Not Work : All Tech Considered A school district in California has attracted some suspicion and much media attention for hiring a company to monitor the social media pages of 14,000 students. But an expert says teaching kids empathy is a better approach than spying on them. 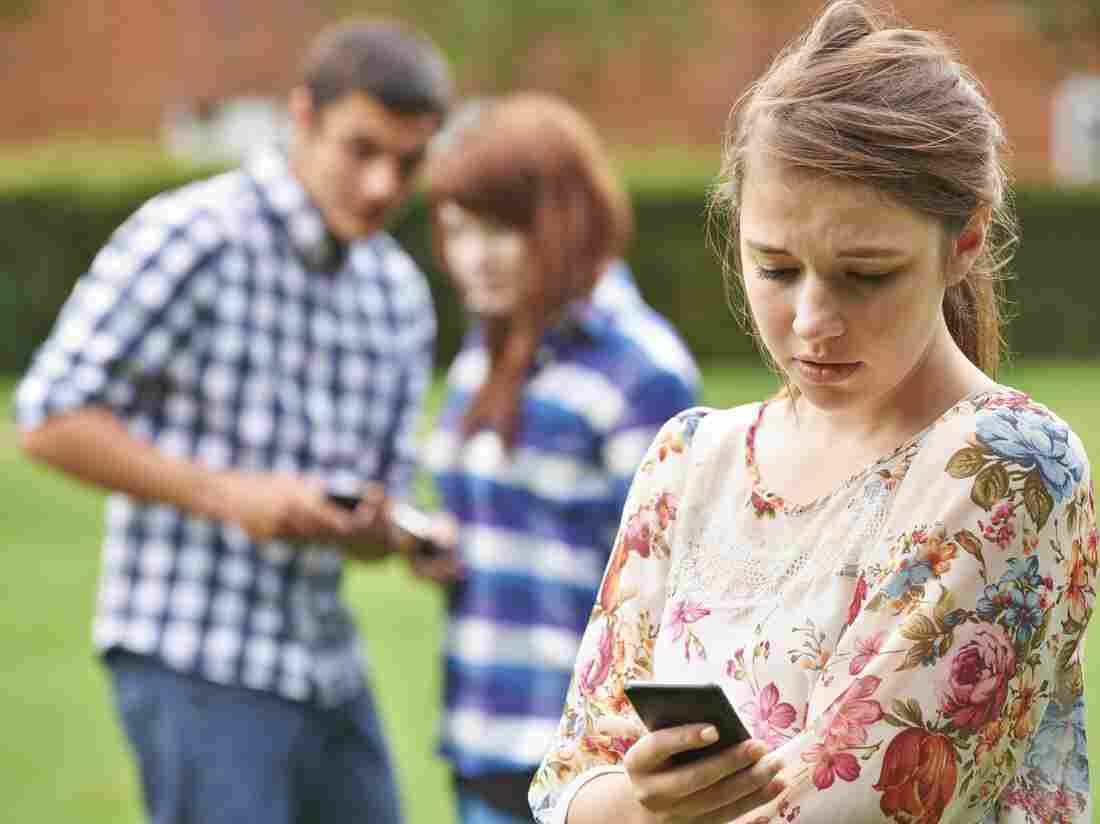 Cyberbullies can reach victims around the clock – before school, during school, even while lying in bed at night. And in public online spaces, everybody else finds out about it. iStockphoto.com hide caption 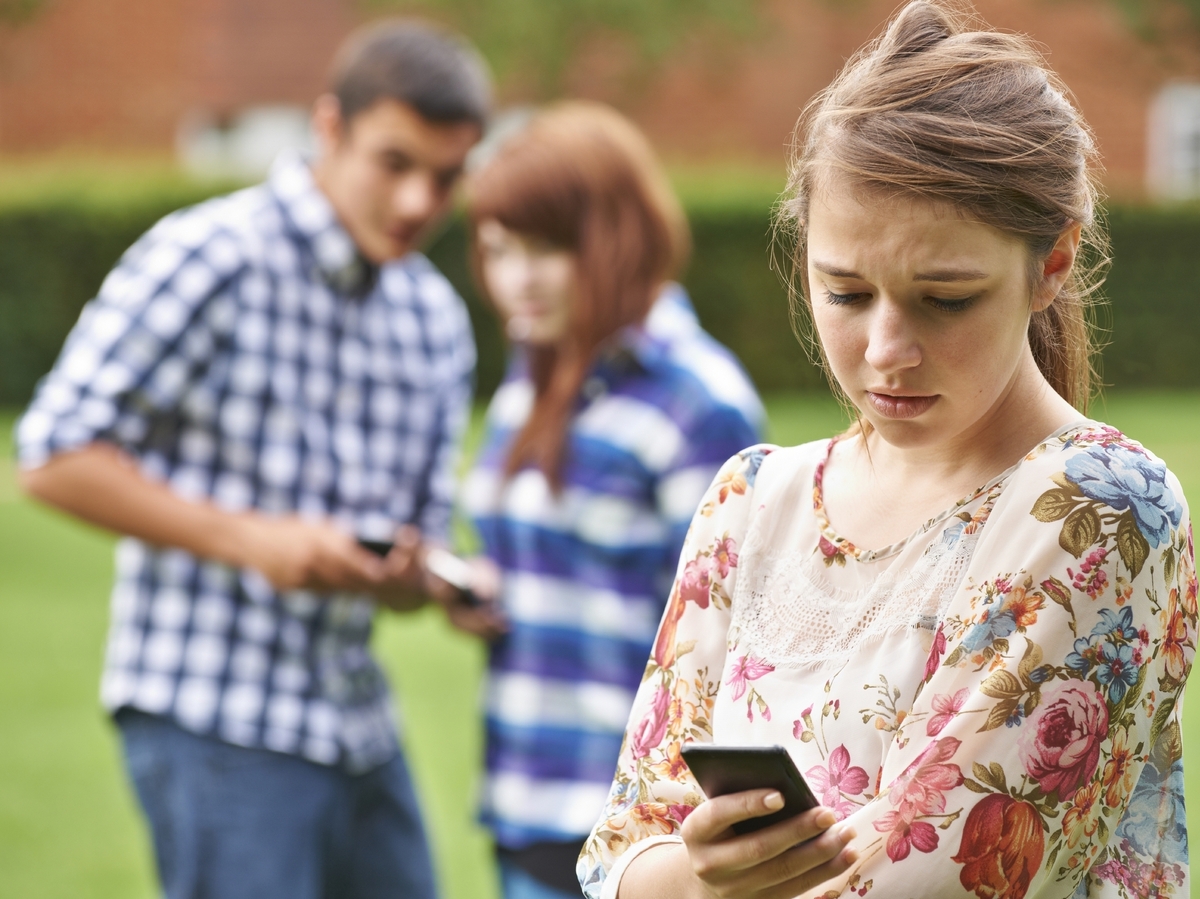 Cyberbullies can reach victims around the clock – before school, during school, even while lying in bed at night. And in public online spaces, everybody else finds out about it.

A school district in Southern California has hired a private firm to comb through the cyber lives of its 14,000 middle- and high-school students, looking for signs of trouble.

The Los Angeles Times reported that the Glendale Unified School District is spending $40,000 to have the firm monitor social media use among the district's students. School officials want to know if the kids are posting suicidal thoughts, obscenities or comments intended to bully fellow students.

The move is not that surprising. After all, 8 in 10 teens use some kind of social media, a Pew Research Center study found at the end of last year.

And it comes amid continuing stories of social media gone wrong — when it's used for cyberbullying or, in extreme cases, linked to suicides.

Just last week, 12-year-old Rebecca Ann Sedwick of Lakeland, Fla., killed herself after being "absolutely terrorized on social media," Polk County Sheriff Grady Judd said. In a New York Times article about the incident, her mother, Tricia Norman, said her daughter's school should have done more to help her.

It's not rare for schools to look at students' online comments, especially after catching wind of some sort of abuse or threat, says Justin Patchin, co-director of the Cyberbullying Research Center.

"The company's computers scour an untold number of public posts by students on blogs, Facebook, Twitter and Instagram, for example. Analysts are alerted to terms that suggest suicidal thoughts, bullying, vandalism and even the use of obscenities, among other things. When they find posts they think should spur an intervention or anything that violates schools' student codes of conduct, the company alerts the campus."

California-based Geo Listening wouldn't say how many schools it's working with. But its founder, Chris Frydrych, says he expects the company to be monitoring about 3,000 schools around the world by year's end, according to the L.A. Times.

Dick Sheehan, the school district's superintendent, says the strategy is "designed around student safety and making sure kids are protected." Critics are saying it's an invasion of privacy and could have a chilling effect on free speech.

The real question is simply: Will it work?

A New Age Of Bullying

Cyberbullying is more troubling than the conventional kind because it brings unprecedented anonymity — kids can pretend to be anyone online, says Michigan State University researcher Anna McAlister — and because it can happen around the clock, in public online spaces.

So, assuming schools have a responsibility to address cyberbullying, what path should they take? Not the one Glendale is taking, says Jim Steyer, CEO of Common Sense Media. The nonprofit has written a curriculum on "digital literacy and citizenship" — teaching students how to navigate the digital technology safely and responsibly -- and urges schools to start teaching it in first grade.

The curriculum includes handouts on how to recognize cyberbullying, documentary-style videos on its consequences and tip sheets for parents on how to address it.

Steyer says he understands the focus on keeping students safe but is concerned about how the information is aggregated and shared. "Our approach is teaching kids empathy," he says. "I think that's much better than spying on kids."

Spying implies that a school — or a parent or an employer — is monitoring kids without telling them, which Patchin, of the Cyberbullying Research Center, doesn't recommend. "Because they'll find something they have to confront their kids about," he says. "And is your kid ever going to trust you again?"

The approach also brings up issues of liability, he says. What if there's an obvious threat the school doesn't see? What if its response leads to further harm?

Patchin says he understands the temptation to monitor possible threats online, but it's more effective to build a culture where students feel empowered to take action when they have or notice issues and where adults "don't make it worse."

In other words, he says, it might be better to put $40,000 toward hiring a good guidance counselor.

Emily Siner is an intern on NPR's Digital News Desk.