Accessibility links
Your Digital Trail: Does The Fourth Amendment Protect Us? : All Tech Considered Could government agents really get access to all your private data in less than a minute? Experts say no but warn we are moving in that direction. 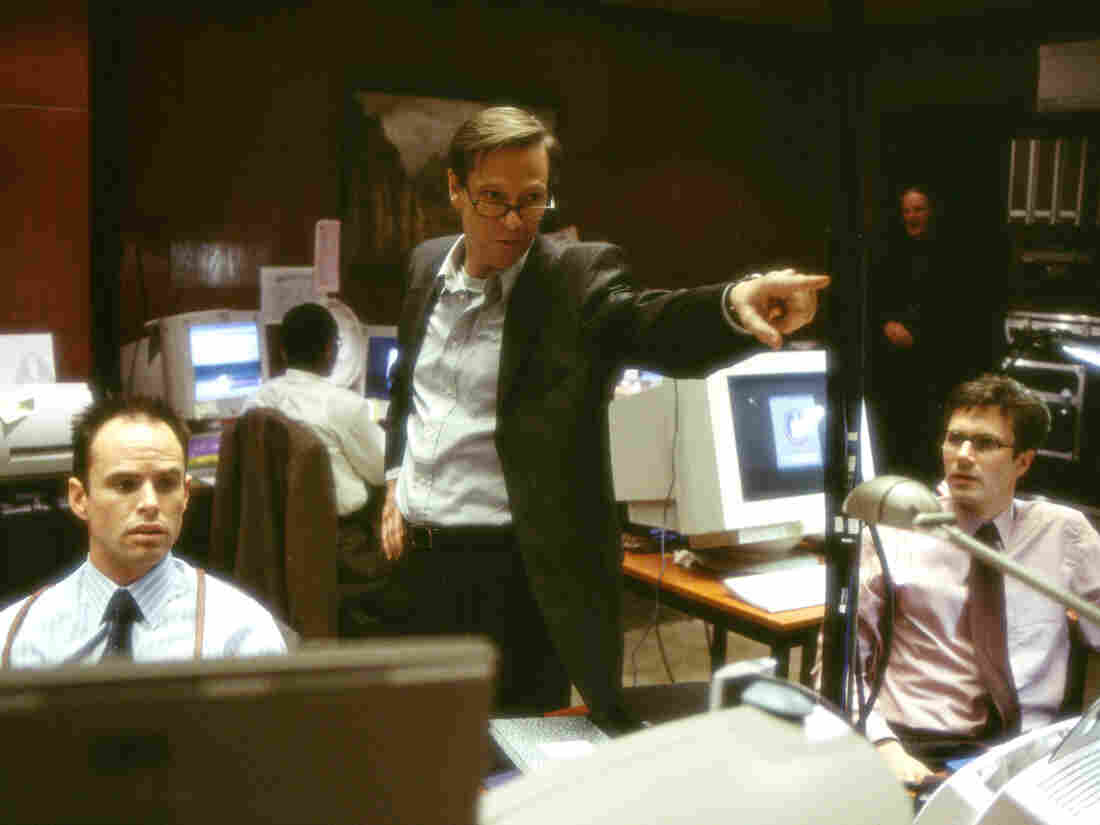 In the 2002 movie The Bourne Identity, government agents instantaneously pulled up online data to track the main character. Could this happen in real life? Hypnotic/Universal Pictures/The Kobal Collection hide caption 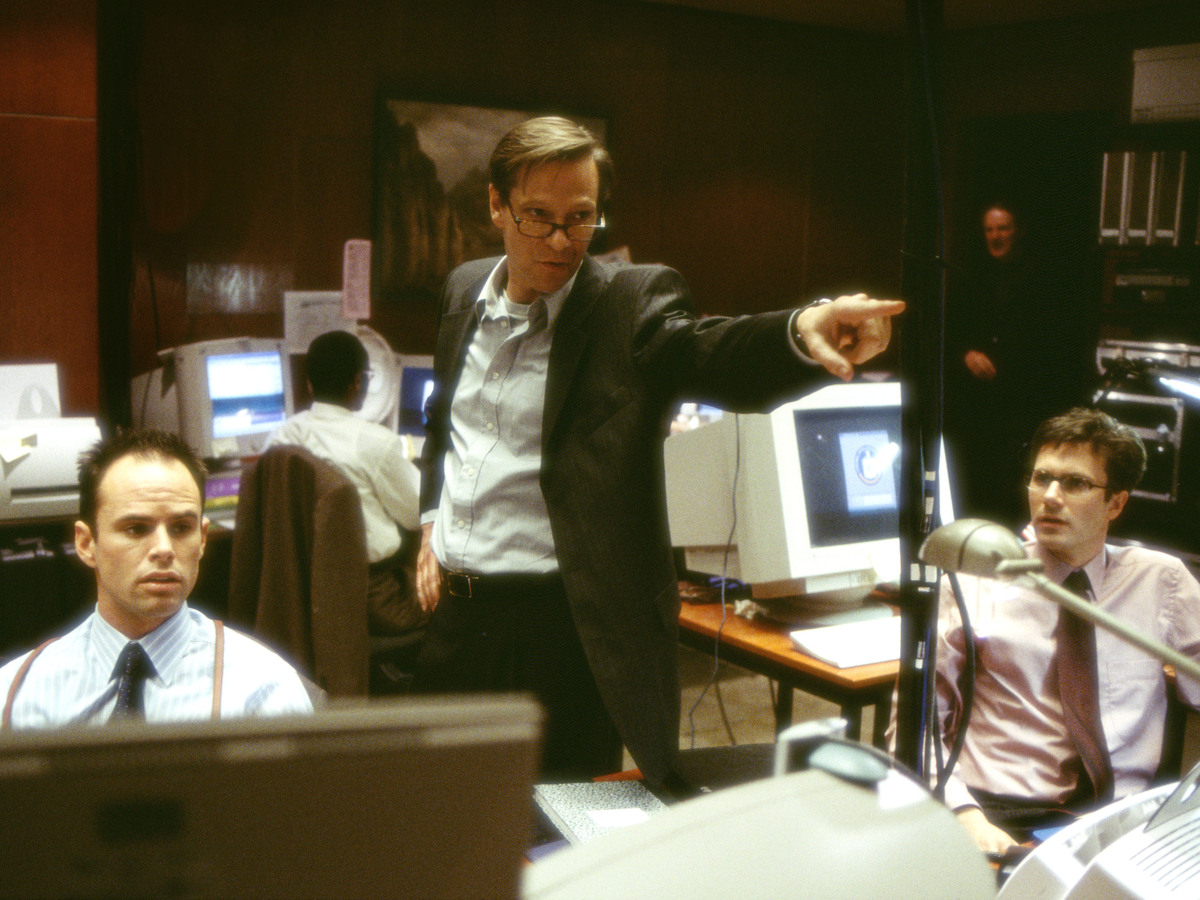 In the 2002 movie The Bourne Identity, government agents instantaneously pulled up online data to track the main character. Could this happen in real life?

This is the third story in our four-part series examining your digital trail and who potentially has access to it. It was co-reported by G.W. Schulz from the Center for Investigative Reporting. Yesterday, we examined how data-tracking companies are monitoring your online behavior. Today we look at your Fourth Amendment rights.

Science-fiction writers have fantasized for years about the government monitoring everything we do. For example, there's a classic scene in the 2002 movie The Bourne Identity, which portrays young government agents glued to computer monitors in a crowded room. In seconds, they are able to track almost everywhere Jason Bourne, the main character, has been and where he's going — his flights, train trips and hotels.

One agent gets a photo of Bourne talking to a woman in an alley from a surveillance camera hundreds of miles away. Almost instantly, they identify her, apparently using facial recognition software, and pull up the digital records of her life — including her family biography and her utility bills from three countries.

The woman is just a bystander, but the movie suggests that the minutiae of someone's life can make anyone look guilty.

"I don't like her," the unit chief mutters. "I want to go deep. I want to know every place she's slept in the last six years."

Back in the real world, could government agents really sit in a room and gather that information in 60 seconds or less? "No," says Kevin Bankston, senior attorney with the nonpartisan Center for Democracy and Technology. But "that is the world we're moving toward."

He says one reason is the digital revolution itself. For instance, Facebook uses software now that identifies people from photos. Stores are reportedly using facial recognition programs, so the staff can learn the names of customers almost the moment they stroll through the door.

Bankston says there's another reason the government is beginning to obtain digital records faster and faster — if not yet instantly as it does in movies: The laws that regulate the government were written back in the analog age, so the government often doesn't have many legal restraints. America's founders were not thinking about computers when they wrote the Bill of Rights.

Rights Under The Fourth Amendment

The Fourth Amendment of the Bill Rights, ratified in 1791, has traditionally been Americans' "principal constitutional protection against government spying," says David Cole, a lawyer who teaches constitutional law and national security at Georgetown University. As the amendment states, "The right of the people to be secure in their persons, houses, papers, and effects, against unreasonable searches and seizures, shall not be violated." 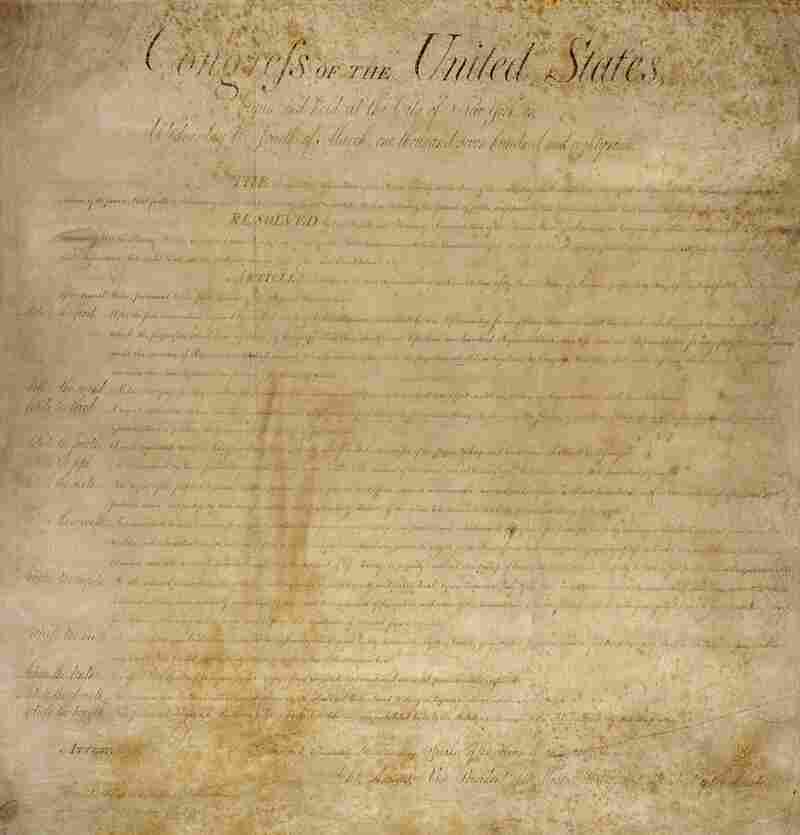 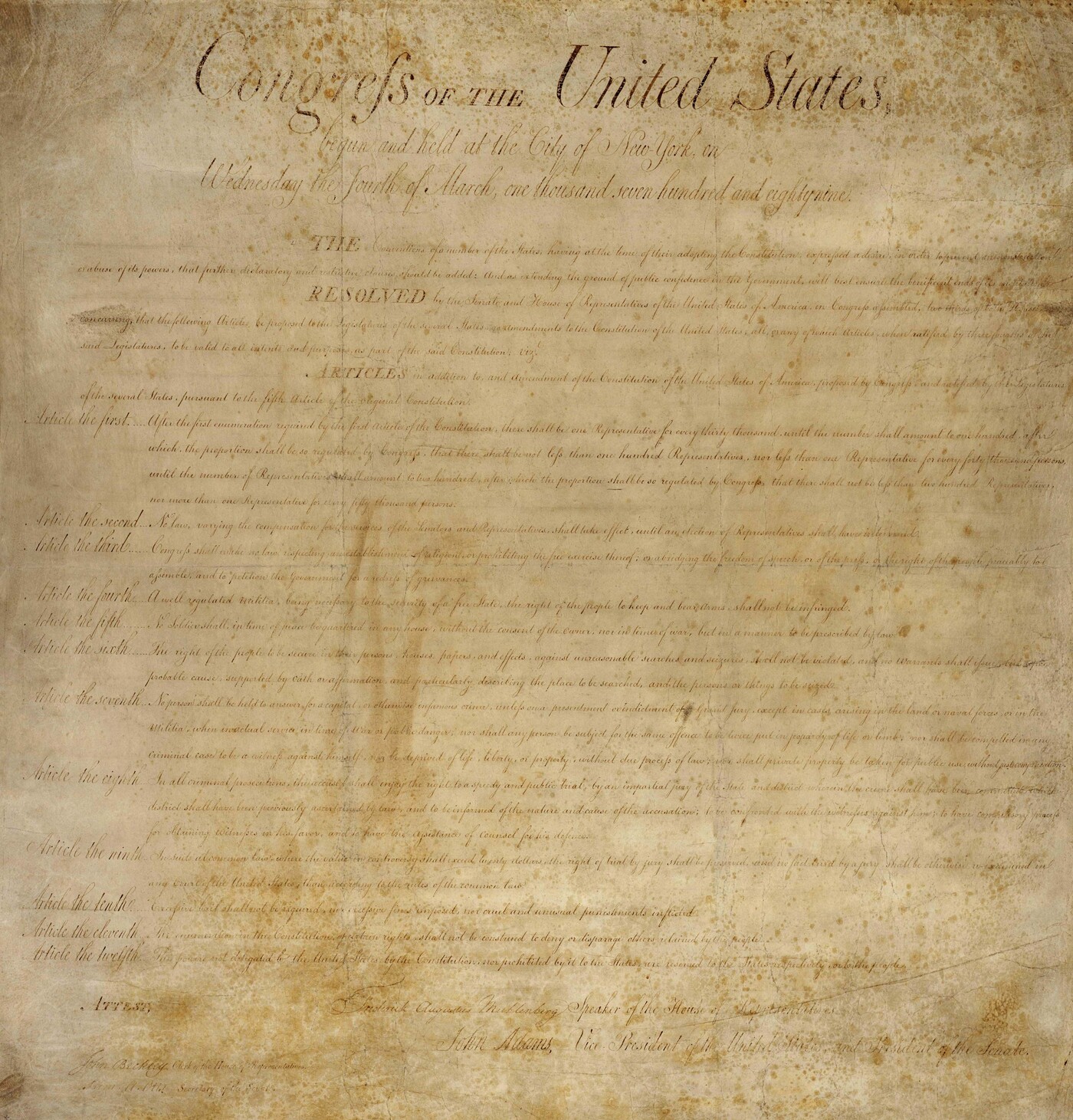 The Bill of Rights as seen at The National Archives in Washington, D.C.

But Cole and other legal analysts say the world of computers has weakened the Fourth Amendment. "In the modern digital age," he says, "it means very, very little."

Here's why: Let's say the police or FBI wanted to gather intimate details about your life back in the old days — meaning, before computers came along. Whom are you meeting? What are you reading? What are you writing in your diary? What kinds of products have you been buying? Where are you going to travel and where will you stay?

One of the best ways to get that information would have been to search your home, bug it and wiretap your phone. Based on the Fourth Amendment, that meant the police would have needed a search warrant. And to obtain a warrant, law enforcement officers must convince a judge that they have probable cause that the place they want to search, or the person they want to bug, is likely to reveal evidence of a crime.

But since the 1960s and 1970s, the Supreme Court and other courts have issued a series of rulings declaring that the government does not need a search warrant to obtain your personal documents if you have already shared them with somebody else. For instance, since you allow your bank and credit card company to know what you buy, and since you let your phone company know whom you call, you can't claim that information is private. It's the legal version of the lesson you learned when you were 12 years old: If you don't want everyone else to read your diary, then don't show it to anybody.

In the wake of those court decisions, the digital revolution came along. And many of the most intimate details of your life that you used to protect at home morphed into digital documents — which are stored on someone else's computers.

"When I send an email, I've shared it with the Internet provider," Cole says. "When I search the Web, I've shared it with the Web company. When I walk around with my cellphone, I'm sharing with the cellphone company my whereabouts. All of that information has lost its constitutional protection, and the government can get it without having to make any showing that you're engaged in illegal activity or suspicious activity."

So in this digital age, police often do not need to show probable cause of a crime when they want to find out details about your life that they used to find in your home. Instead, they can get your private files from corporations that store your records on their computers.

And instead of a search warrant, the police might just need a subpoena — which is "trivially easy to issue," says Bankston of the Center for Democracy and Technology. Law enforcement doesn't need a judge's approval to obtain subpoenas — prosecutors can sign them on their own, as can authorized employees at federal and state agencies. And law enforcement agents don't need evidence that there's likely a crime. They need only to be able to show that the records they want are relevant to an investigation.

The Ease Of The Subpoena

Cory Borgeson, president of the Golden Valley Electric Co. in Fairbanks, Alaska, told NPR he is stunned at how easily the government can obtain personal information with subpoenas. For instance, agents at the Drug Enforcement Administration wondered if some of Golden Valley's customers might be making or growing drugs in their homes. Drug dealers sometimes use more electricity than normal, and their power consumption records can potentially be a clue. So the DEA served a subpoena on the utility, ordering it to turn over detailed digital records on its customers' electricity use, bank and credit card accounts, and other information. Borgeson says the standard for getting a subpoena is so low that it's essentially "one agent turning to [his or her colleague] and saying, 'Would you please sign this administrative subpoena for me so I can get information?' "

Golden Valley tried unsuccessfully to block the subpoena in court by arguing that the government needed a search warrant. "We think at Golden Valley that what we sell to our members, and that's electric kilowatt hours, is really private," says Borgeson. He says the digital age has made the customers' records far more extensive and revealing than they were in the days of paper bills and file folders. For instance, it's so inexpensive to store digital files that the company keeps records for years longer than it used to. And Borgeson says those records can reveal personal information that has nothing to do with a crime, from how many people live in your house to whether you run a business that might be legal, but which grumpy neighbors might protest if they found out about it.

"Some people might think that ... it's not terribly sexy that we know how many kilowatt hours you use in a day or a month or a year," Borgeson says. "But it's kind of like looking at you through an open window and seeing what you do in your home."

Meanwhile, a judge in New York City issued a ruling last year that could have huge implications for anything you store online in the cloud. The case involved one of the protesters arrested at an Occupy Wall Street demonstration. When the New York district attorney subpoenaed all the tweets he had written over 3 1/2 months, the protester and his lawyer tried to block it. But the judge said they couldn't, because even though the protester wrote those tweets, he "has no proprietary interests" in them — in other words, he didn't own the tweets; Twitter Inc. did.

"And that is really a crucial, crucial issue in this age of cloud computing," says Martin Stolar, the protester's criminal defense and civil liberties lawyer.

"Because people now use the cloud to store all kinds of private, personal information — where they travel, where they go, where they go to church, whom they consult with their doctor, what their medical conditions are, what personal private conversations they've had. If they are stored in the cloud, then the person who stored them in the cloud loses the right to object when the government seeks them."

Incidentally, if you think your tweets or other digital messages are really gone when you click "delete," think again. Twitter and other digital companies keep them in computer archives for months or years.

The New York ruling represents just one judge's decision, and Stolar is appealing it. But there's a battle over these issues across the country. For instance, some courts have ruled that police can get emails and cellphone logs with just a subpoena, while other courts have said that law enforcement needs probable cause of a crime and a search warrant. Stolar says if the ruling on the Twitter case stands, it could make it even easier for the government to get a detailed portrait of your personal life — with just a subpoena.

Research for this story by NPR's Emma Anderson