Accessibility links
An Innovation For Pain Relief That's Worthy Of Some Buzz : All Tech Considered With a son who had a phobia of needles, Dr. Amy Baxter stumbled upon a solution: a high-frequency vibrating ice pack that helps disrupt pain signals on their way to the brain. She stuck a cute bee on the front, won a $1 million federal health grant, and the product now known as Buzzy was born.

An Innovation For Pain Relief That's Worthy Of Some Buzz

An Innovation For Pain Relief That's Worthy Of Some Buzz 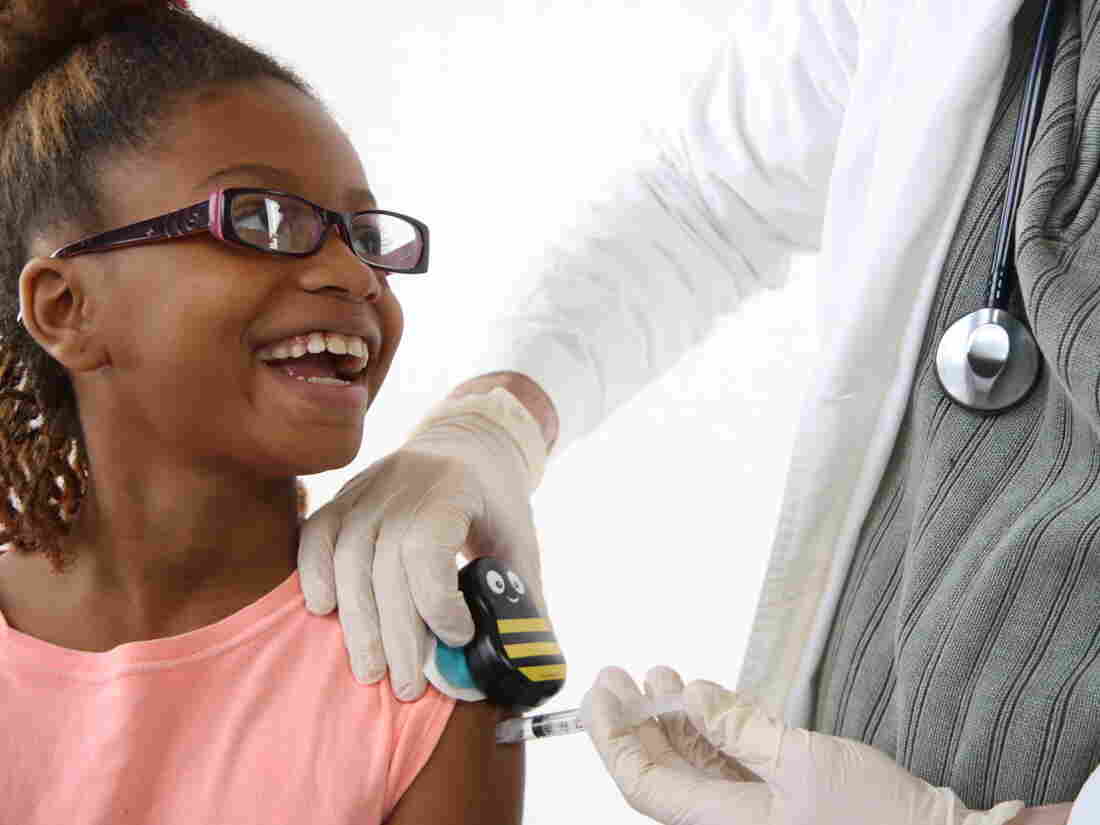 Buzzy uses high-frequency vibration and a cold pack to make shots, well ... if not enjoyable, then at least bearable. MMJ Labs hide caption 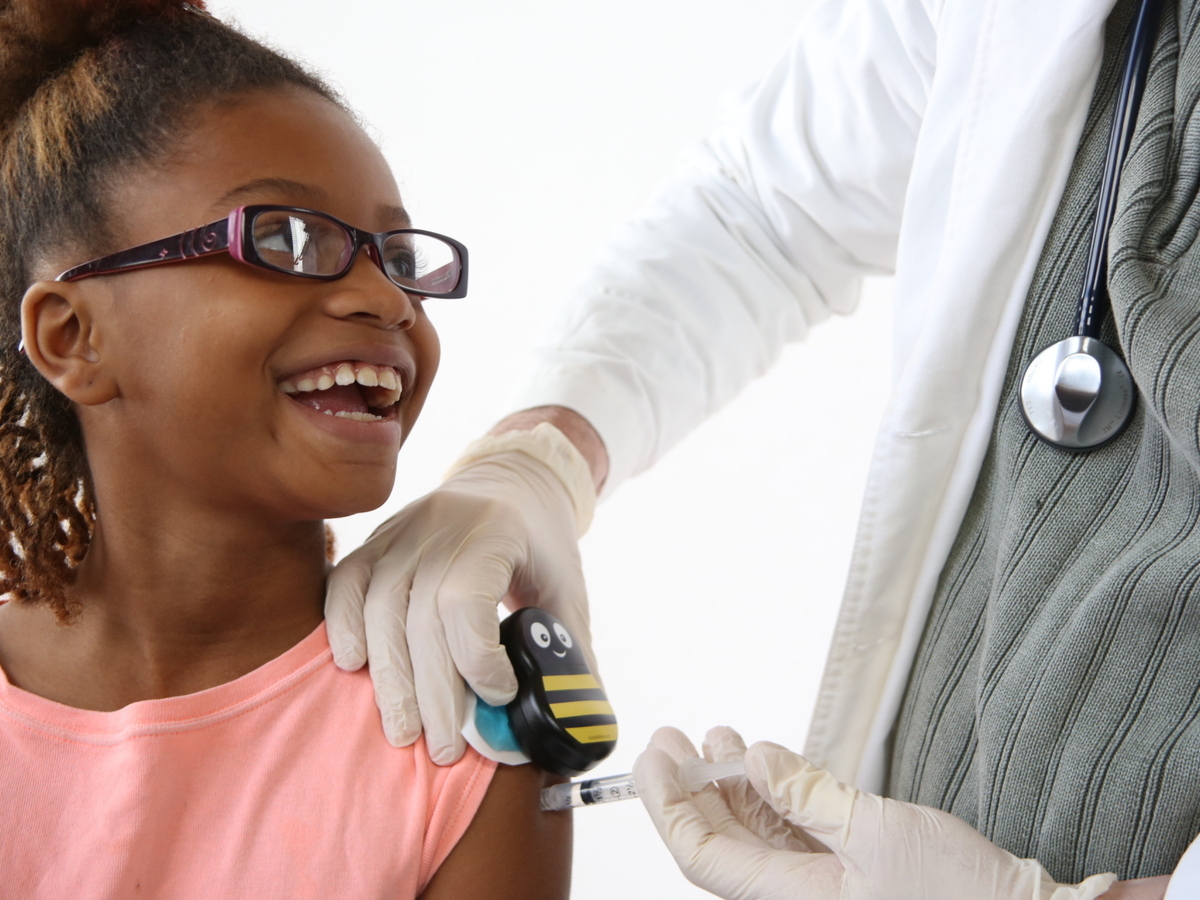 Buzzy uses high-frequency vibration and a cold pack to make shots, well ... if not enjoyable, then at least bearable.

In our "Weekly Innovation" blog series, we feature a new idea, design or product that you may not have heard of yet. We found this week's product on our list of reader submissions. Share an innovation with us by using this quick form.

Kids have been fidgeting nervously at doctors' offices since the needle was invented, but it took one mother with a background in pain research and a wailing son to find a solution for needle phobia.

Amy Baxter, an emergency pediatrician in Atlanta, created a high-frequency vibrating ice pack that helps disrupt pain signals on their way to the brain. She stuck a cute striped bee on the front, won a $1 million grant from the National Institutes of Health, and the product now known as Buzzy was born. 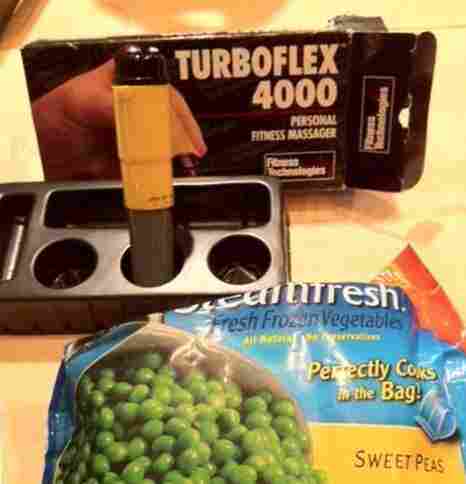 She had originally used it just on patients at the hospital where she worked, and on her son, who was finally able to face his fear of shots with Buzzy by his side. But she was anxious to share her solution with other kids.

"Every time I saw a child being held down ... I felt guilty," she says. "I felt like I should run in there with the Buzzy prototype I had in my pocket."

The device operates on a pain theory called gate control. Researchers in the 1960s speculated that some kinds of sensory stimulation could actually interrupt pain signals traveling up the spinal cord, before they reach the brain.

After experimenting with different kinds, Baxter decided on a combination of cold temperature and high-speed vibrations — think running a cut under cold water, or rubbing a stubbed toe.

The vibrating bee attaches to thin ice packs that look like wings and then is placed above the location of the pain. The vibration also dilates nearby veins, Baxter says, making it easier to stick a needle in successfully.

(Oh, and it doesn't hurt that Buzzy looks like a cute toy. That's probably called the "spoonful of sugar makes the medicine go down" theory.)

Since then, Baxter has discovered uses beyond shots and vaccinations. It helps block out itching, so kids with eczema can use Buzzy for relief, she says. It also can help with the pain of cleaning wounds, or drilling cavities at the dentist, or taking daily diabetes injections.

Baxter recently presented Buzzy at an AARP conference on its benefits for arthritis medication and dialysis. "People don't think about the fact that they can be empowered to control their own pain," she says.

Doctors were less excited about adopting Buzzy than she had expected; she thinks it's because they're generally more stoic when it comes to pain, she says.

But that hasn't hindered success: Over the past year, the 4-year-old company's sales nearly tripled, Baxter says

Buzzy is available on buzzy4shots.com and Amazon.com.