Accessibility links
What You Need To Know About Babies, Toddlers And Screen Time : All Tech Considered Researchers are still learning about the effects of touch-screens on kids. But scientists say that certain kinds of screen time, involving interaction with other people, can help youngsters learn. 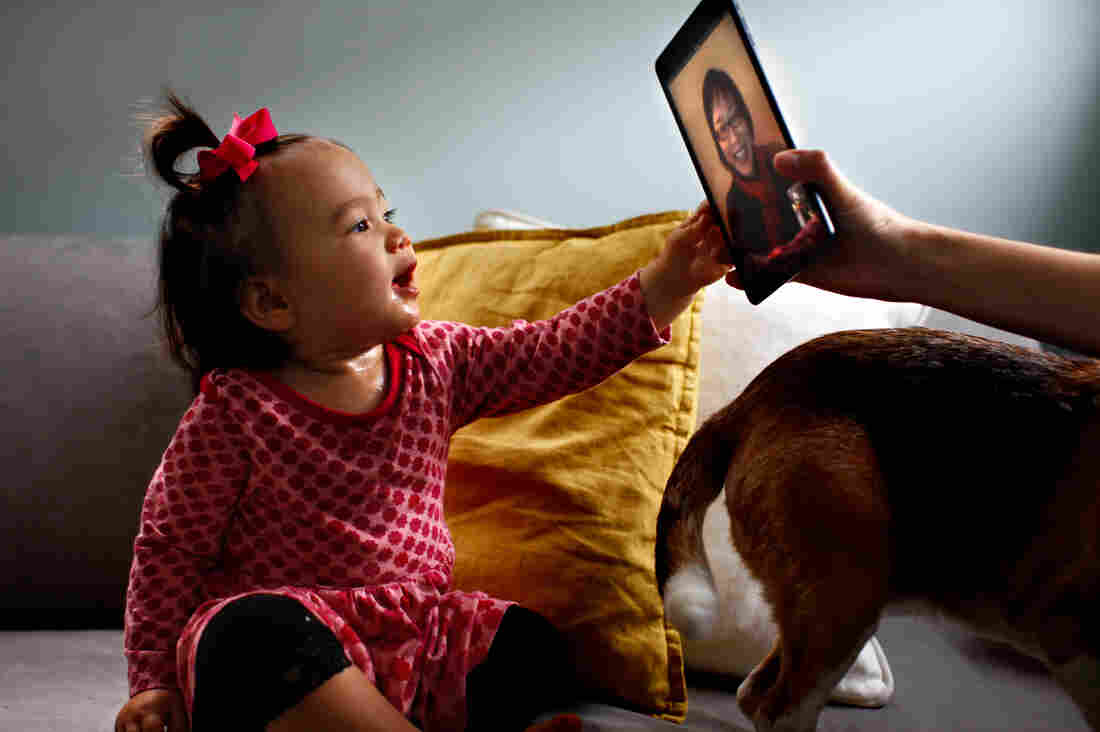 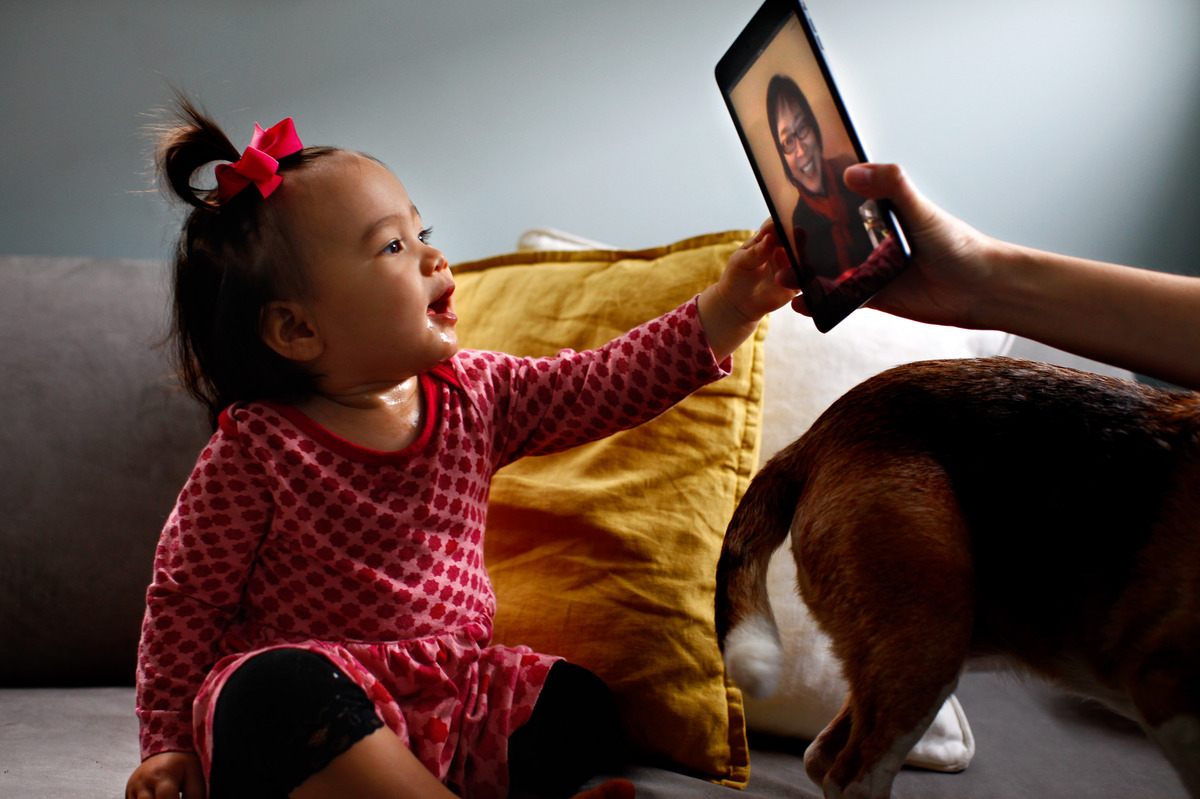 This week, we're exploring the tech frontier through the eyes of our children. So we're starting with the littlest ones — babies. Can certain kinds of screen time help babies learn?

To find some answers, I employed the help of my 1-year-old daughter, Eva. She's still a wobbly walker and the sum total of her speaking skills sound like gibberish. But she has no problem activating Siri, the virtual assistant on my iPhone. Her 16-month-old friend, Lily, is even savvier with the gadgets.

That gets to the technology tension in modern parenting: You want your kids to be technologically adept — but without giving them so much screen time that it's not healthy for development.

"If I think about my childhood, a lot of these things didn't exist. And obviously my parents didn't have to think about what the exposure might do to us," Trainor says. The tech frontier for our kids is changing so fast that the guidelines are barely keeping up with it.

Case in point: Just two years ago, when San Francisco-based nonprofit Common Sense Media surveyed families with children 8 and under, just 8 percent owned tablets like iPads. That's now jumped five-fold — to 40 percent. And the percent of children with access to some sort of smartphones and tablets has jumped from half of those surveyed to 75 percent. (Read the full report.)

Pediatricians discourage passive screen time for children 2 and under.

Baby Lily's mom says she follows her pediatrician's guideline to discourage screen time until after her daughter turns 2. But the doctor behind the American Academy of Pediatrics 2011 policy guideline discouraging screen time for kids under 2 says it specifically concerns passive screen viewing. That is, plopping the baby in front of a TV or film, or having media on in the background.

"The concern for risk is that some kids who watch a lot of media actually have poor language skills, so there's a deficit in their language development. We also have concerns about other developmental issues because they're basically missing out on other developmentally appropriate activities," says Dr. Ari Brown, the lead author on the American Academy of Pediatrics policy statement discouraging screen time for babies under 2.

On Monday, the pediatrics group released updated media guidelines for children and adolescents. While still discouraging screen time for children under 2, the policy recommends a balanced approach to media in the homes instead of blanket bans. We've laid out some of the latest thinking on screen time for babies and toddlers, below.

Research indicates that activities like Skyping or FaceTime — in which the baby communicates with a live human on the screen — can actually help babies learn.

Your Kids' Brains On Touch-Screens

Your Kids' Brains On Touch-Screens

"[Lily] watched her little message from her dad who had bought her a ball and said, 'This is a ball.' " Trainor says that when Lily called her father on Skype a few days later, she associated him with the ball. "She went 'ball, ball, ball,' " Trainor says.

Vanderbilt University developmental psychologist Georgene Troseth conducts some of the country's leading research on children and screens. She says Skyping isn't like watching TV because it's a social interaction.

"We're finding pretty consistently — in fact, two recent studies with actual Skype [calls] — that children do seem to learn better when there is social interaction from a person on video. So it's kind of encouraging with FaceTime or Skype for parents and grandparents to know that [with] that interaction, the children might actually be willing to learn from a person on a screen because of the social interaction showing them what's on the screen is connected to their lives," Troseth says.

The research on touch-screen apps is unclear. Apps and games labeled "educational" may not necessarily help your child learn.

Touch-screens are taking over and babies seem especially great at working with them. Lily, the 16-month-old, showed me how she shuffles through photos on her mom's phone.

"There's nothing wrong with a toy being fun, engaging a child for an amount of time. But to promote it as being educational we really need to do research to find out, is having it be interacting, doing anything to make it easier to learn from?" she asks.

Aim for a balanced approach — for you and your baby.

Since the research on touch-screens isn't clear yet, Brown offers some advice in the meantime.

It's valuable time with her 14-month-old daughter that taught another mom — Jennifer Grover — about her own relationship with screens.

"It's just amazing how good they are at mimicking what they see. So I've definitely had to learn to kind of rein in my attention to the laptop, or my attention to my phone in front of her, because whatever I'm doing that's what she wants to be doing," Grover says.