Accessibility links
Etsy's New Policy Means Some Items Are 'Handmade In Spirit' : All Tech Considered Online marketplace Etsy is a hive for creative vendors selling handmade goods. But the site recently said it will allow sellers to outsource their manufacturing. Some vendors with growing businesses are delighted at this news; others feel Etsy is abandoning its small enterprises. 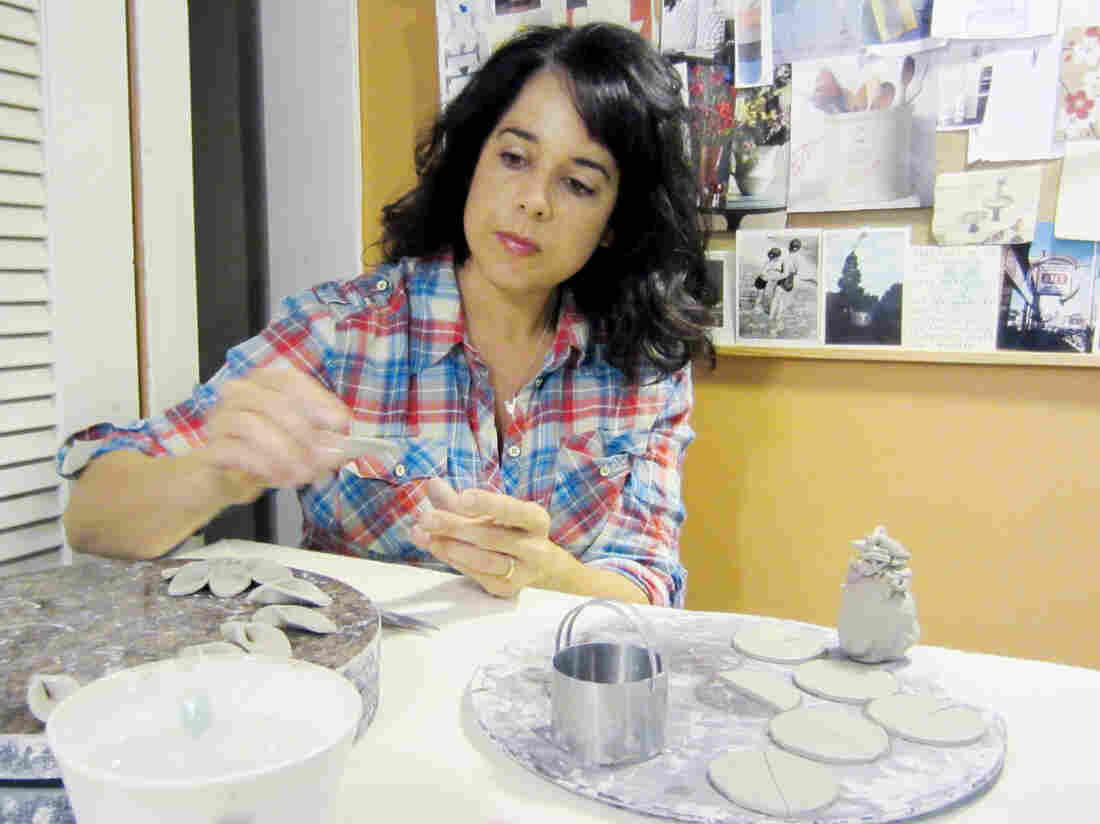 Rae Padulo creates handmade ceramics, like these holiday ornaments, for her Etsy-based company, mudstar ceramics. She's disappointed with the site's new policy to allow outsourced manufacturing. "There's nothing wrong with factory-made," she says, but "that's not what Etsy started out to be." Courtesy of Rae Padulo hide caption 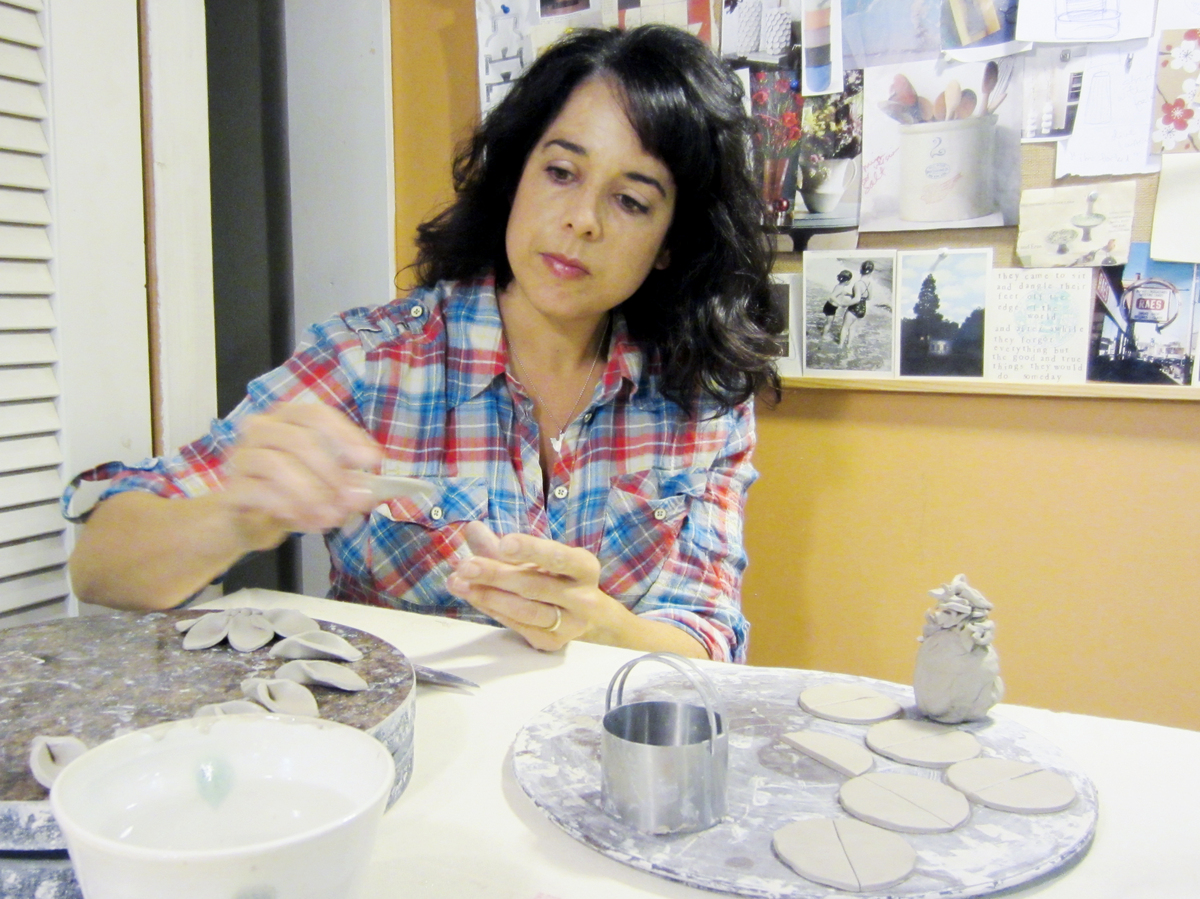 Rae Padulo creates handmade ceramics, like these holiday ornaments, for her Etsy-based company, mudstar ceramics. She's disappointed with the site's new policy to allow outsourced manufacturing. "There's nothing wrong with factory-made," she says, but "that's not what Etsy started out to be."

Under online marketplace Etsy's new policies, vendors can now use an outside manufacturer to help make their goods.

That is not going down well with some longtime sellers, who are calling the new policies a turnaround from the site's original mission.

"Their moniker is, you know, a place to buy handmade. It doesn't say a place to buy factory-made," says Rae Padulo, a potter who began selling dishes and ornaments on Etsy in 2009.

Padulo says Etsy is abandoning makers of handcrafted goods, who, like her, have only one pair of hands.

Etsy CEO Chad Dickerson says the company is still behind lone artisans — they make up most of its 1 million sellers. Still, it wants to support those whose businesses are growing, and under the old rules, that was difficult. Successful vendors were frustrated that they couldn't get enough help with their work.

"We heard from a wedding seller, for example, who said that when wedding season came around she was in a state of mild panic attack because she just reached her limit and was working, you know, 18 hours a day," Dickerson says.

Under the new policy, anyone who wants to work with an outside manufacturer has to apply and be vetted by Etsy, which makes sure the arrangement meets its ethical guidelines.

Alexandra Ferguson started her pillow business on Etsy several years ago working from home. She's since expanded her line to makeup cases made out of organic cotton with recycled felt lettering.

Ferguson's business has tripled in the last two years. She now works out of a small factory in Brooklyn with 11 employees.

But not all vendors want to grow their businesses like Ferguson did, especially those who were attracted to the site's small-business ethos.

And some of its rivals are hovering, hoping to attract disappointed vendors. Padulo says she's heard from the CEO of a site called Zibbet.

"He sent an email to every account and said, 'I make a commitment: We will only sell handmade items on this site. We will never sell manufactured items,' " Padulo says. "It's music to a lot of sellers' ears, you know?"

Padulo says she's enjoyed being part of Etsy but may close her shop after the holidays.

Dickerson says he hates to lose sellers because of the new policy. But in the eight years that Etsy has been online, the creative world has changed. For example, some sellers are creating jewelry using 3-D printing.

"Those are handmade, I think, in spirit, even though they're designed on a computer and printed," he says.

He says Etsy sellers can now turn their hands to whatever innovation comes next.