Accessibility links
This Week, Exploring The Sharing Economy : All Tech Considered Why buy a bike, car or vacation home when you can share them? The shift from ownership to access is powering the sharing economy. What do you want to learn about the world of collaborative consumption?

The Sharing Economy: A Shift Away From Ownership? 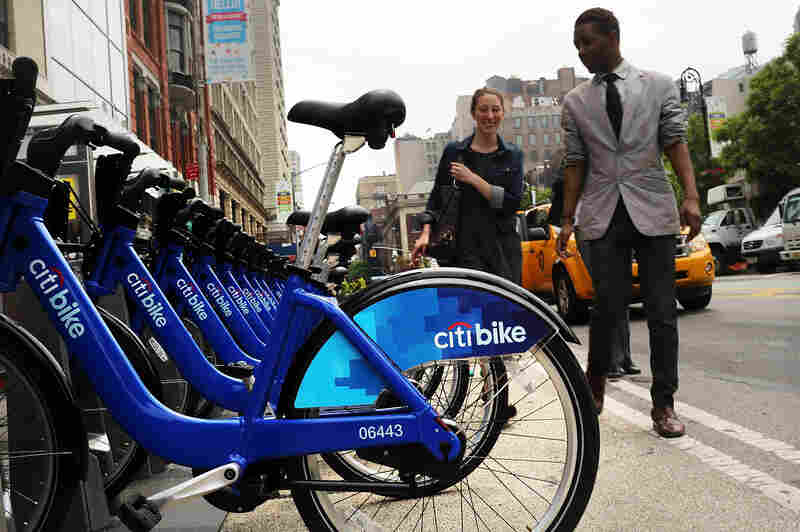 Citi Bike is the bike sharing program that launched this May in New York City. Bike sharing is part of the sharing economy. Spencer Platt/Getty Images hide caption 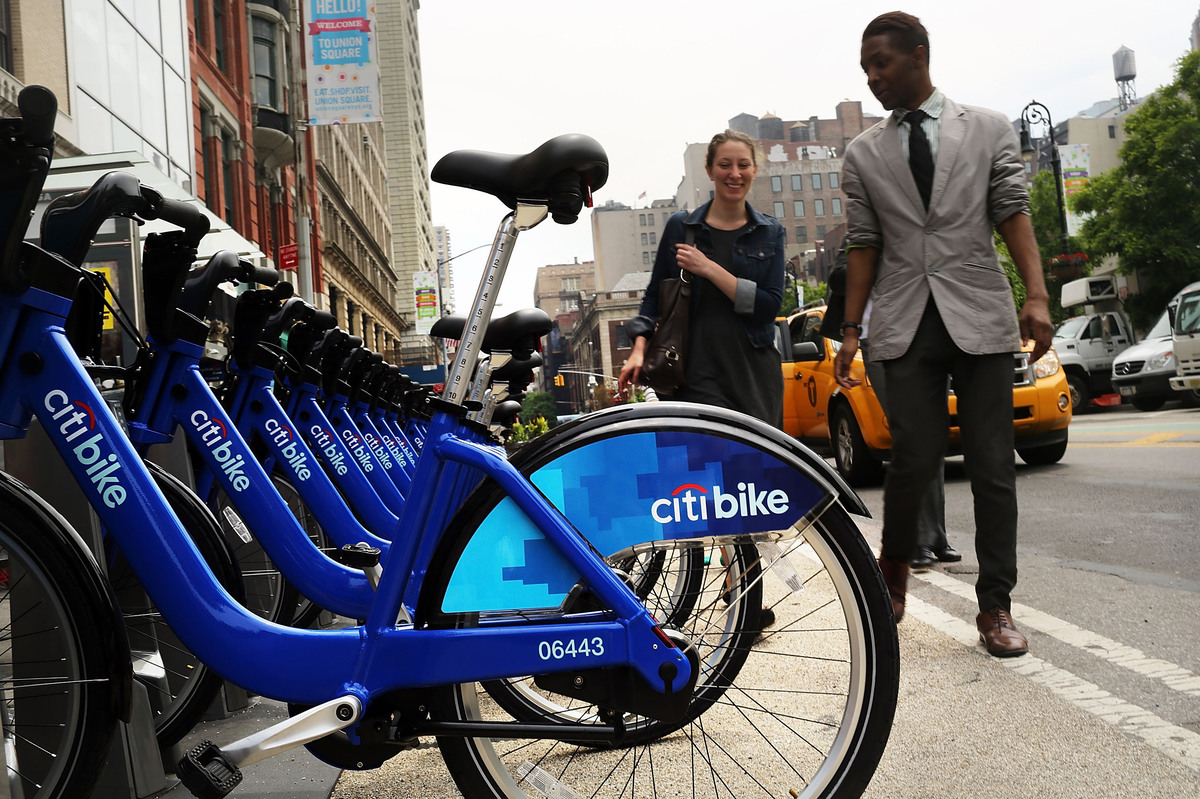 Citi Bike is the bike sharing program that launched this May in New York City. Bike sharing is part of the sharing economy.

As often as we can, your tech team is focusing our reporting into themes over the course of a week, and this week, we're all about the sharing economy, or collaborative consumption. (Check out the series page where we'll archive all the stories from the week.)

The sharing economy can encompass a lot. There's tool sharing — whether that's bike-sharing, car-sharing or actual sharing-sharing. It also includes a subset called the peer economy, which describes peer-to-peer platforms in which people sell things to one another. There's also a subset called the "gift economy," which is stuff like couch-surfing through platforms like Airbnb. Speaking of which, the Airbnb co-founder Joe Gebbia described this movement this way, to New York Magazine:

"Social media is about sharing online. We've extended that behavior into the offline world. In the wake of the recession, there's a slightly different mentality beginning to emerge, which is that access is more powerful than ownership. The last century was predicated around ownership as status. There's an opportunity for this century to be defined by access as status. You see this across all industries. Zipcar is a great example. You don't need to own a car; having access to Zipcar actually gets you status. Suddenly, you can be the guy with the car when it's needed. For Airbnb, you don't need a vacation home anymore. You have access to 500,000 of them when you want them."

How much of an impact is this culture having on our economy?

This week, we'll explore this online lending and profiting, with stories from Laura Sydell, Steve Henn and yours truly. What do you want to learn about the world of collaborative consumption? Email, leave a comment or tweet us, and if you have some thoughts to share, you might wind up in one of our blog posts.