Accessibility links
For Ridesharing Apps Like Lyft, Commerce Is A Community : All Tech Considered Services where regular people use their cars to take passengers to their destinations have found a foothold in the smartphone age. And for many participating in this sharing economy, the appeal is in more than just the cost savings or convenience.

The Sharing Economy: A Shift Away From Ownership? 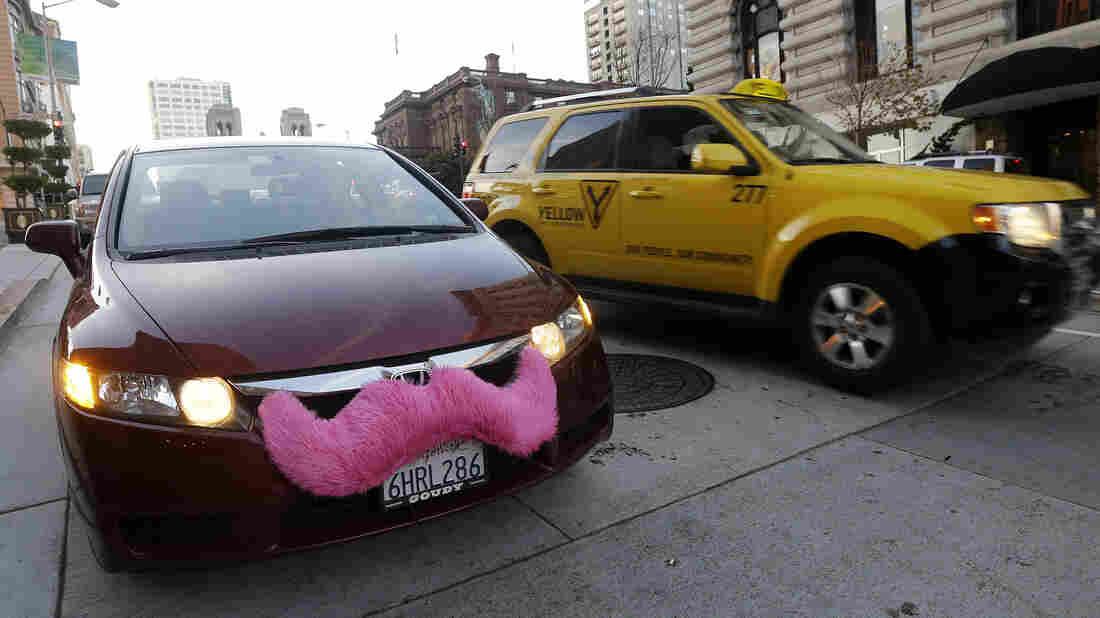 A Lyft driver in San Francisco drops off a passenger as a taxi passes by. The smartphone app lets city dwellers hitch rides from strangers. Jeff Chiu/AP hide caption 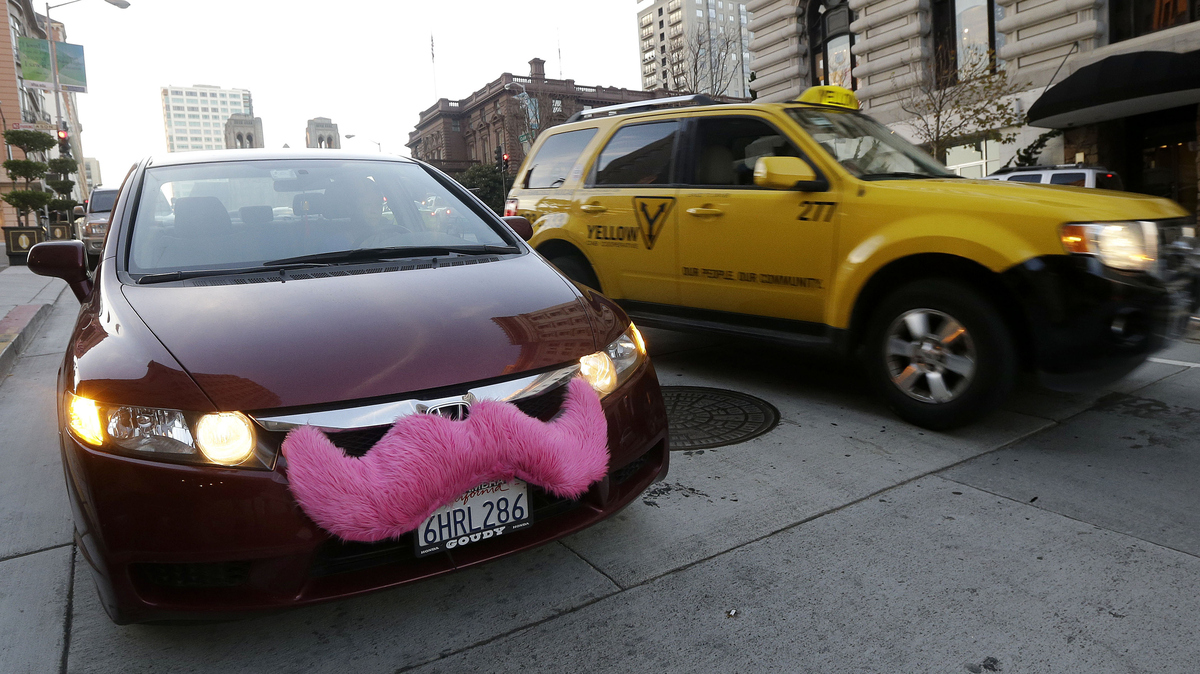 A Lyft driver in San Francisco drops off a passenger as a taxi passes by. The smartphone app lets city dwellers hitch rides from strangers.

This week on-air and online, the tech team is exploring the sharing economy. You'll find the stories on this blog and aggregated at this link, and we would love to hear your questions about the topic. Just email, leave a comment or tweet.

I didn't know Erin Kelly Myers when I first got into her car outside NPR West in Culver City, Calif.

"I promise I'm a safe driver," she tells me. "Actually, I'm proud to say for 28 years without an accident, so tonight's definitely not the night, good sir. My car, Little Sexy, confirms that."

She's a driver for the ridesharing service Lyft. And yes, she's named her new Honda Accord "Little Sexy."

Lyft is a service that sets up everyday car owners with people who need rides. Users need a smartphone to download the app, a credit or debit card and a Facebook account. The app, which is available in 18 cities, suggests a donation when the ride is done. The passenger can choose to pay the donation or not. It's all done through the app.

The drivers and passengers can also screen each other before accepting the share, and at the end of the ride, they get to rate each other. Both build up a reputation over time.

Myers and I pick up Catalina Lee at her office after work and take her home.

As we drive across town, Lee explains that she's not just taking a rideshare home because she's tired. She does it to meet people with new points of view.

"I only mingle with a certain kind of group, and I don't really get to explore different ways people think. It's just interesting to hear about it," she says.

When you talk to Myers or her passengers, or people participating in food co-ops or other shared economies, their enthusiasm is not about the transactions, necessarily — it's about the community.

"I definitely feel like I'm a part of the fabric and the core of the city now like I never was before," Myers says.

In the past several years, the idea of sharing cars and bikes has begun to take hold in major American cities.

About three years ago was when the movement really took off. The country was coming out of the economic collapse. Smartphones were becoming mainstream. Your grandmother was getting on Facebook.

"There were many more business models emerging, many more entrants, a lot more investment money and a lot more disruption," says Susan Shaheen, who teaches and researches transportation at the University of California, Berkeley.

And people didn't necessarily have the money to own vehicles, but they wanted access.

"Access trumps ownership because it gives you a lot a freedom and flexibility and choice, without a lot of the hassles of ownership, including high fixed costs," Shaheen says.

Ridesharing apps like Uber, Lyft and Sidecar have become important parts of the growing sharing economy. Passengers get the use of an automobile without the hassle of a car note, insurance, parking and gas. It's just a simple economic transaction.

Shaheen says entrepreneurs solved one of the central problems of accessing a vehicle that belongs to someone else: "Getting in a car with someone you don't know has been considered a barrier to ridesharing and carpooling for a very long time," she says.

There wasn't always the technology to create these communities around economic transactions.

Now that there is, Shaheen says, ridesharing is just the beginning.