Accessibility links
Cellphones As Radios: Immigrants Dial In To Native Stations : All Tech Considered ZenoRadio hooks up more than 1 million listeners to radio stations around the world by making a call to a U.S. phone number. The company founder came up with the idea when he realized that most U.S. cellphone plans have unlimited calling, and many immigrants have cellphones but no on-the-job Internet connection. 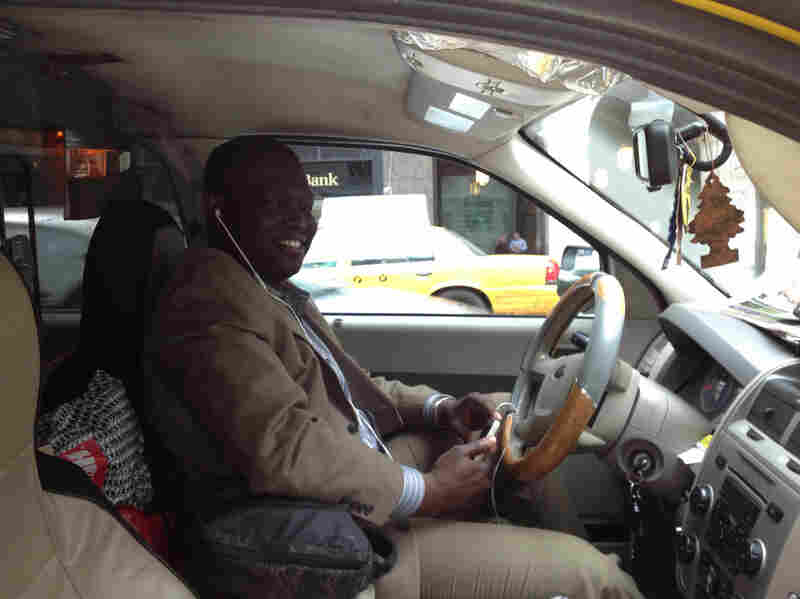 Boubacar Sanogo from Mali drives a cab in New York City and listens to ZenoRadio on his smartphone — though it can also be accessed using a more basic model. Margot Adler/NPR hide caption 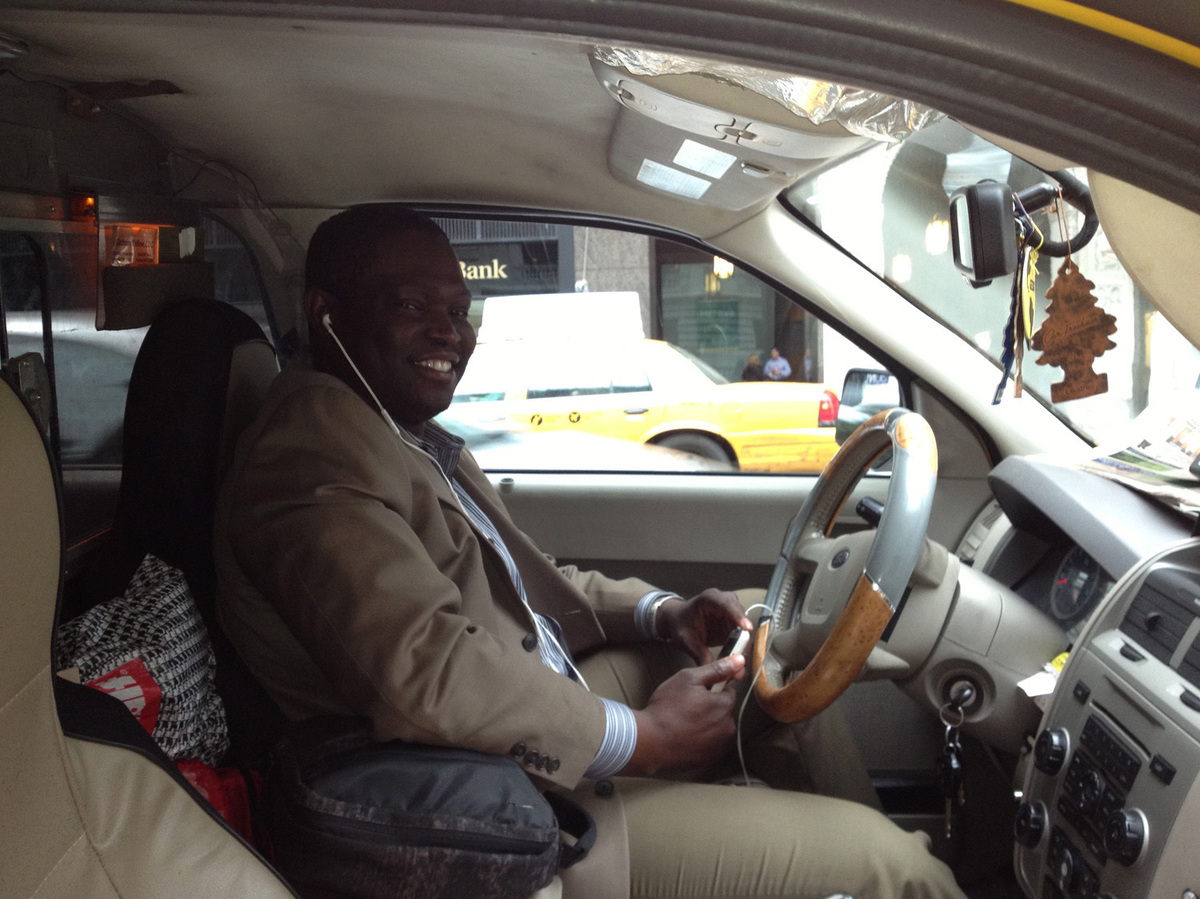 Boubacar Sanogo from Mali drives a cab in New York City and listens to ZenoRadio on his smartphone — though it can also be accessed using a more basic model.

A year and half ago, Baruch Herzfeld, an entrepreneur in New York City, had a novel idea: connect immigrants in the U.S. with radio stations in their home country using nothing more than a cheap cellphone.

ZenoRadio employee Atif Enin, who's from Egypt, points to a list of countries, each with a U.S. phone number.

"This is for a local Egyptian station; this is for Lebanese, Moroccan, then Syrian, Yemeni, Algerian, Iraqi and Somali," Enin says.

Ahmad Mohammed has been listening to ZenoRadio for about a month.

"When I listen to the Egyptian music every day," he says, "I feel as if I'm living home, I'm back home."

And the system works because most people with cellphones have combined data and calling packages, many with unlimited minutes for phone use.

Herzfeld revels in the many languages, tribal dialects and cultures of the 2,000 or so stations on ZenoRadio. The company won't share its financials, but it earns money from advertising and from investors. And it gets a couple of cents per call from telephone routing companies that have space and want more business.

Boubacar Ba from Mali is in charge of all the French-speaking radio stations on ZenoRadio — about 100, many from West Africa. He can monitor how many people are listening to any of those stations at any time. "I see Radio Nostalgie from Guinea is my No. 1 station," Ba says. "Right now in the New York area, they have 29 people, 31 now. It is constantly updating. No. 2 is Zik FM from Senegal."

Boubacar Sanogo, also from Mali, drives a Yellow Cab 10 to 12 hours a day. He's been in America 13 years, has a family and a college degree. He listens to ZenoRadio maybe five hours a day. He says he listens to news from his country, and he also listens to French news.

He says it's changed the shape of his day. "Driving the cab for 12 hours is really boring, so with this radio I can see the time flying," Sanogo says.

Herzfeld says that many listeners are in solitary jobs. "They feel culturally isolated. So it may not even be the most exciting content in the world, but it provides him solace as he spends his day."

And given how many people have cheap cellphones compared with computers, Herzfeld says the possibilities for the global expansion of ZenoRadio are endless.