Accessibility links
Calling The Shots: Realistic Commentary Heightens Video Games : All Tech Considered New basketball video games are touting their high-tech graphics, but the realistic play experience extends to the ear as well. The games feature action-packed commentary from famous TV announcers with dialogue for every situation. The more spontaneous it sounds, the better. 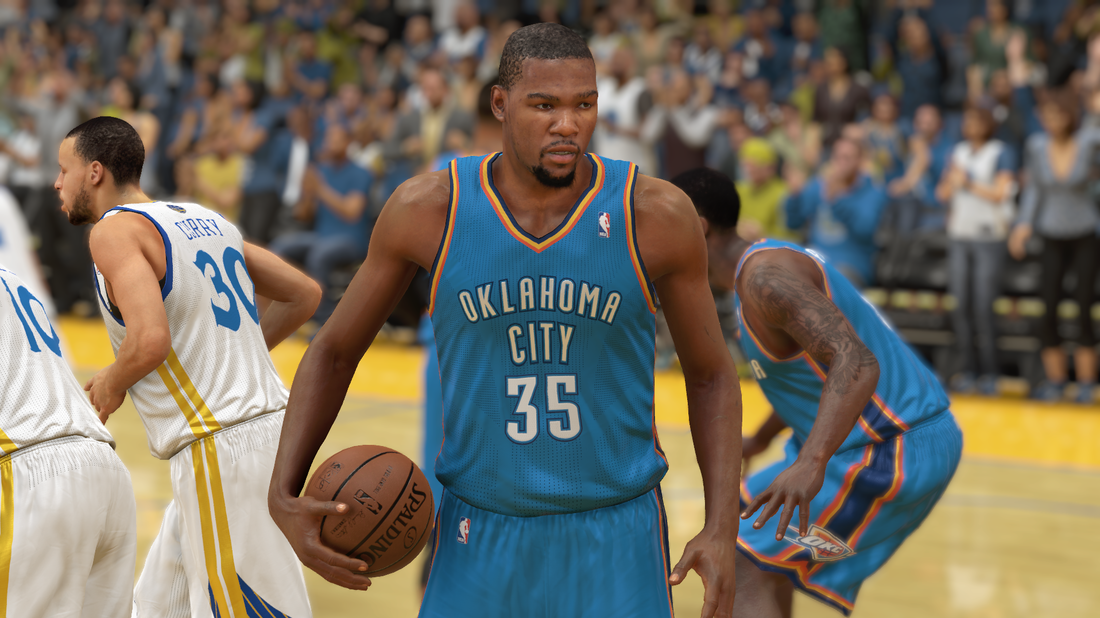 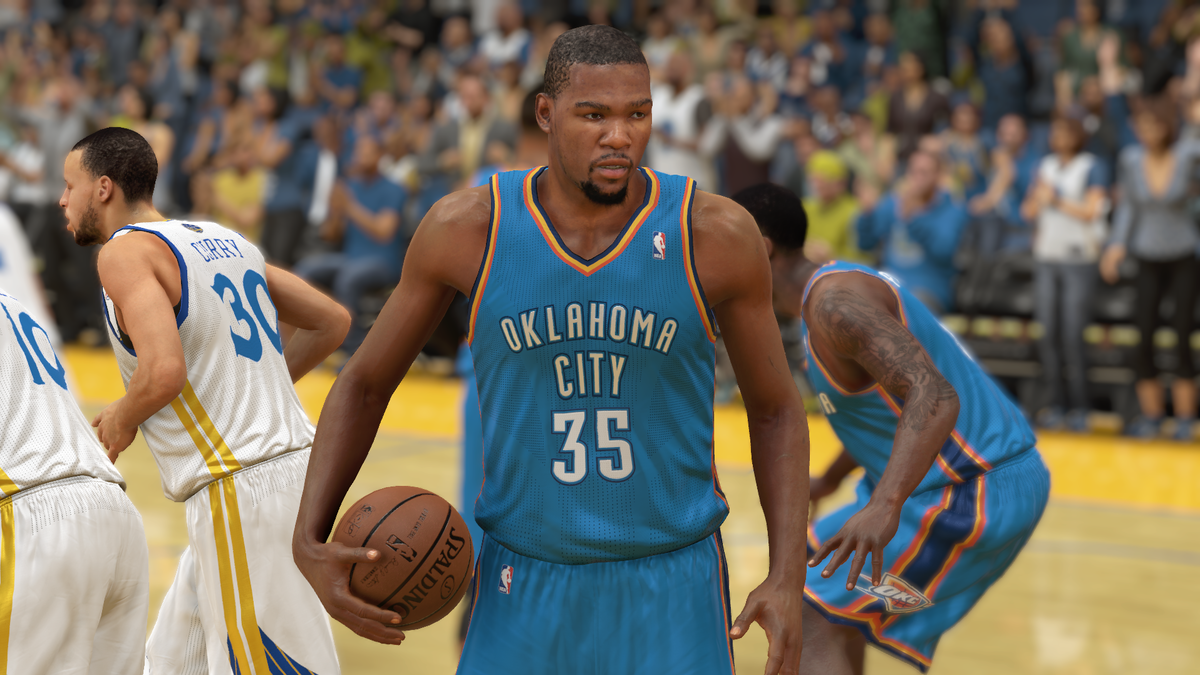 Compare a real live basketball broadcast to video game audio. Can you tell the difference?

If you guessed that the second one was the video game, you nailed it. It's from NBA 2K14, the latest in a long line of basketball video games that puts a premium on sound.

"It allows you to connect more, I think, with the game world because it's more realistic to the energy and excitement that happens on the court," says Joel Simmons, audio director for 2K Sports, which makes games for Xbox, PlayStation and other platforms.

Gaming technology has come a long way since the Sega Genesis was released in 1989. That console allowed for maybe 75 lines of dialogue; now, commentators in sports games can say up to a quarter million lines, Simmons says.

But creating a realistic experience for the gamer is incredibly complicated, he says. Free will and spontaneous reactions are hard to program.

Whatever the game player does, the announcer has to have something to say, whether it's nabbing a missed layup ("Rebound by the Heat!") or draining a jump shot ("That is good!").

And there have to be different ways to describe the same thing — otherwise it gets really repetitive. So the tone can go from a mellow "And here is LeBron," to fired up: "Heeeere's LeBron!"

No matter what the human player does, the commentary follows, and it incorporates which teams are playing, how much time is left and so on. It's trying to mimic the natural way announcers talk about basketball, Simmons says.

And because consoles have an Internet connection, if a player in the NBA is on a hot streak, it will show up in the game.

"It could be a real-life story of something that's occurring in the current NBA season that's going on," Simmons says, "or it could be something in your own franchise world." [Franchise mode is a game setting where you can play as one team for a number of seasons. Commentators will speak as though they've followed your playing over time.]

Will New PlayStation, Xbox Click Beyond The Hard-Core Gamer?

To get that conversational tone in the video game studio, Kellogg hears pre-recorded lines from his colleagues. He says he spends 40 to 50 hours every season recording for the video game.

"I can listen to the game and watch, and then I'm thinking what would I be saying, and then it comes out of my mouth," he says. "A lot of it is just responding as you would to a game situation."

Simmons' job, as audio director, is much bigger than just making the announcers sound realistic. Behind these lines of dialogue are sounds like crowd noise, squeaking sneakers and players' voices.

And now that a new generation of consoles is on the market, he says, NBA 2K14 is stepping up its game. "On the PS4 and Xbox One, what's interesting is that we can deliver a higher fidelity sound experience, and that adds a lot to the depth and gets us closer to what you hear in a broadcast."