Accessibility links
Teens Dig Digital Privacy, If Snapchat Is Any Indication : All Tech Considered The track record of products designed for digital privacy has been abysmal — at least until recently. Snapchat, wildly popular among teens, is changing assumptions about young people's desire for digital privacy. But it's not clear whether the trend will stick. 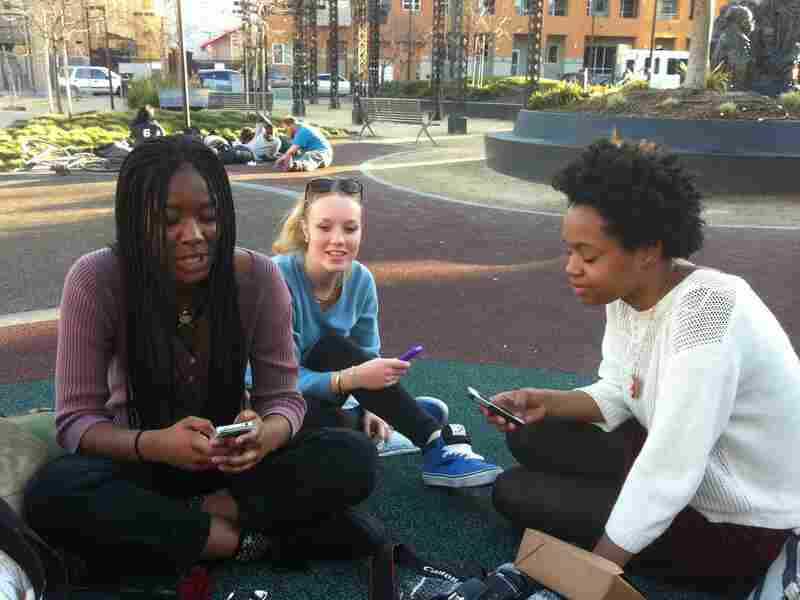 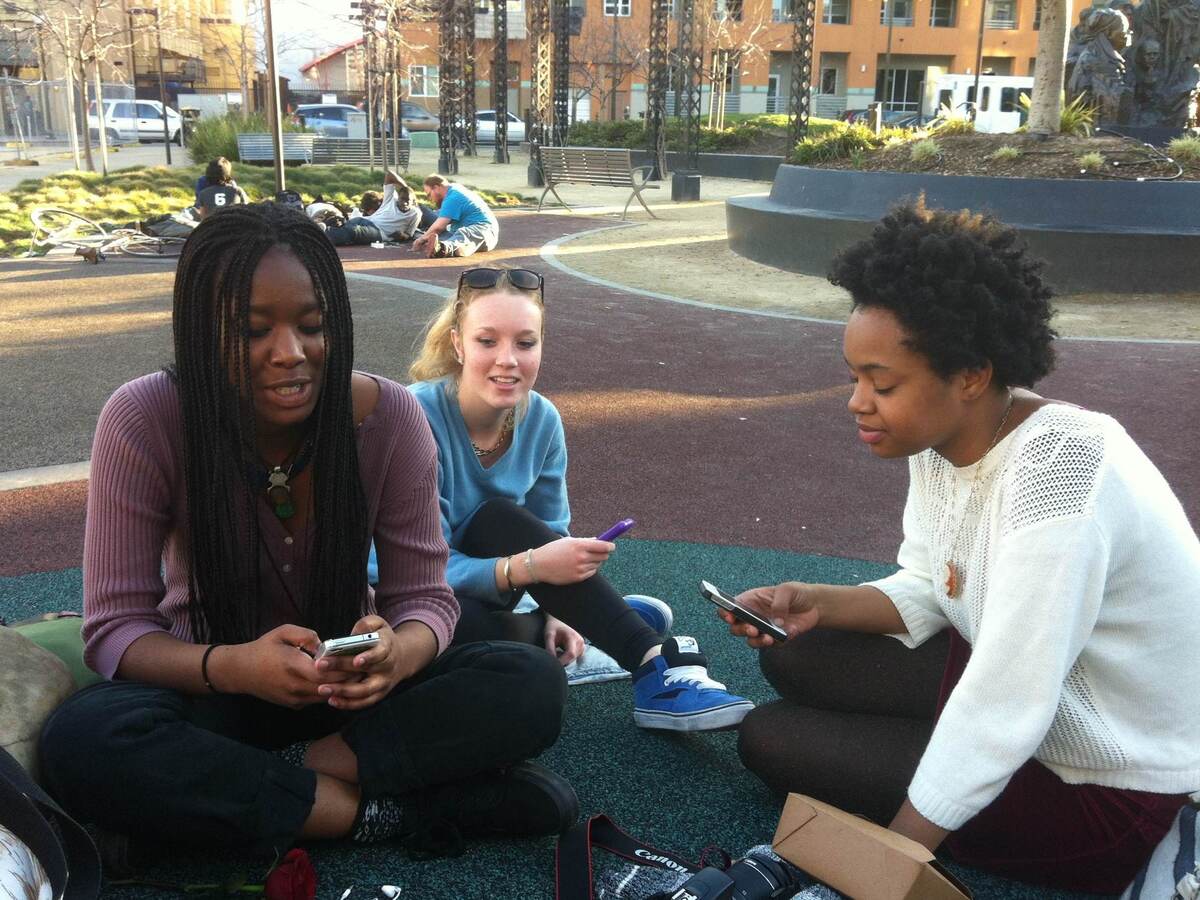 Snapchat's Big News Week And Questions About Its Worth

The track record of commercial products designed with privacy as a top priority has been abysmal — at least until recently. The ephemeral texting app Snapchat is turning assumptions upside down about young people and their desire for digital privacy.

Fred Cate, director of applied cybersecurity research at Indiana University, is an expert on privacy in the digital age. But when it comes to the viability of tech products that promise privacy, Cate has always been skeptical.

Until now — with Snapchat.

Snapchat lets users send photos and short messages that disappear from a recipient's phone after just a few seconds. It's wildly popular, especially among teens.

"Everyone else started to communicate with Snapchat," says Sophie Varon, a high school student from Oakland, Calif., who works with Youth Radio. "So I had to get it, because everybody else was getting it."

Her Youth Radio colleague Sunday Simon has reported on why teens are taken with these ephemeral messages.

Despite some parental paranoia, this app is not usually about sexting. Simon surveyed teens and asked them to describe their "snaps." Some of the most common responses: ugly, greasy, funny.

For years, the conventional wisdom was that privacy doesn't sell: It's not sexy; no one wants it; young people don't care. But Snapchat questions those assumptions.

"The people that care are ... well, kids, No. 1," says Drea London, a security consultant at digital forensics firm Stroz Friedberg.

And it makes sense: Teens are among the most heavily monitored people on the planet, when you think about how some parents treat their kids' cellphones.

But, London says, even though Snapchat might stop moms and dads from snooping through their teenagers' cellphones, their snaps won't be safe from hackers like her.

"It's great for what it is, right? Its purpose is not to share national secrets," she says. "You've got more sophisticated tools that actually advertise to a different audience."

These tools include Wickr and Silent Circle, both apps that take privacy seriously. Like Snapchat, Wickr is a free app offering messages and photos that self-destruct. But unlike with Snapchat, when London and her colleagues tried to trace conversations on Wickr, they came up completely blank — no metadata, nothing.

Thor Halvorssen, founder of the Human Rights Foundation, uses Wickr to talk to activists around the world. He says these contacts in authoritarian countries used to censor themselves out of fear that they were being watched.

"Wickr has changed a lot of this, as have some of the apps for encrypted voice," Halvorssen says.

These apps are tough to crack, even for spy agencies, because they use something called perfect forward secrecy. It's like using a really strong lock and never using the same lock twice, Wickr co-founder Robert Statica explains.

"Once you generate the key, only one message will be encrypted with that particular key," he says.

In the past couple of weeks, Twitter and Microsoft announced that they'll start using this technology too, presumably to thwart the likes of the NSA.

In a little more than a year, Wickr has been downloaded more than a million times. Still, that's nowhere near the kind of runaway success that Snapchat experienced.

"Nothing would make me happier than to think that privacy was gaining traction in the marketplace," Cate says. "The problem, of course, is we now have a sort of sample of one."

And even though Snapchat is popular, it's not profitable. Despite a recent offer from Facebook to buy the company for billions of dollars, it doesn't produce any revenue.