Accessibility links
U.S. Recognizes A South Korean StarCraft Player As An Athlete : All Tech Considered The professional gamer just got a visa normally reserved for baseball players and other athletes to compete in the U.S., and more international players could follow. "Gaming is their full-time job," says Marcus Graham, a senior manager at the gaming site Twitch. 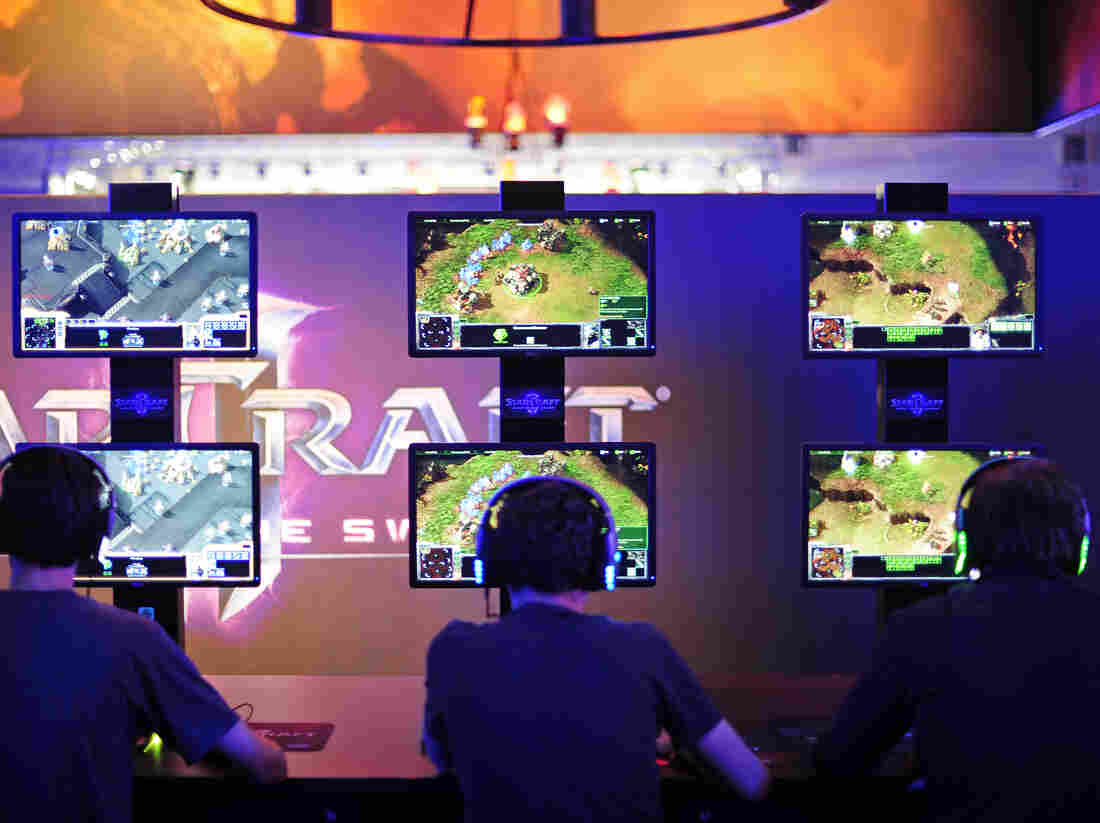 StarCraft II is one of many games that professional gamers play with a global audience watching. Mark Keppler/dapd/AP hide caption 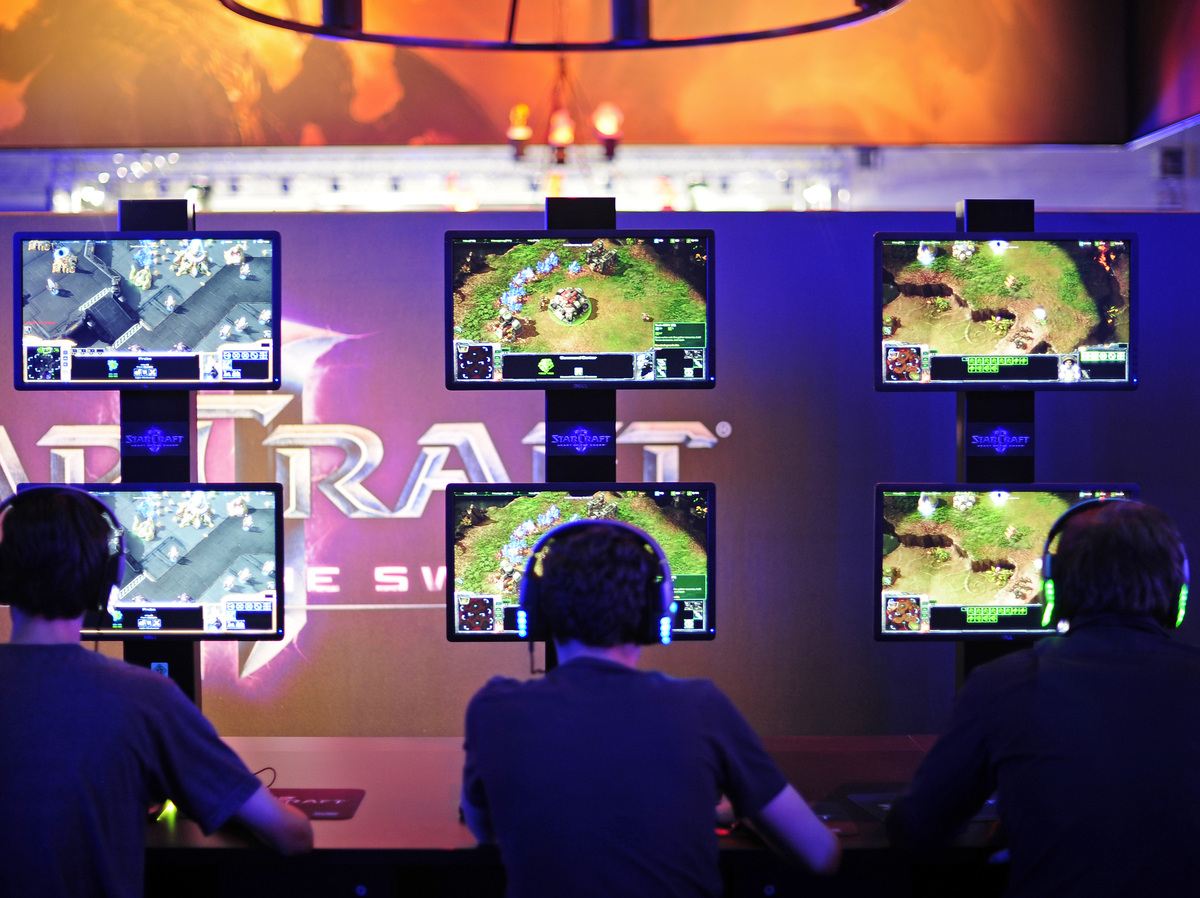 StarCraft II is one of many games that professional gamers play with a global audience watching.

The five-year P-1A visa given to the video game player last week is for "internationally recognized athletes." This follows another visa given to a Canadian League of Legends player earlier this summer.

The move could bring more professional gamers to the U.S. and grow an already booming industry. This October, the final match for the game League of Legends almost packed the Staples Center, home of the Los Angeles Lakers, with more than 13,000 people. The combined prize money for the three StarCraft II world championship series next year is $1.6 million.

For the past three years, Kim (aka "viOLet") has been traveling back and forth between the U.S. and South Korea under a visa waiver to compete in live matches, says Andrew Tomlinson, who is Kim's manager. Kim lived at Tomlinson's apartment when not competing.

At live matches, Kim would play against his opponent inside a soundproof glass booth. Thousands of spectators watch these tournaments in person, along with professional commentators narrating for millions of online viewers. But last fall, Kim was told that he had been coming in and out of the country so much that he couldn't come back without a visa.

That's a big problem, says Marcus Graham, a senior manager at the gaming media site Twitch and a competitive gamer for 14 years.

"It would be very similar to an athlete who would be unable to compete for a year," Graham says. "He's at the peak of his professional gaming career."

Kim is ranked 63rd out of all StarCraft II players worldwide and has made $95,830 in prize money for the past three years. Professional gaming is highly popular in South Korea, where matches are televised and professional gamers are celebrities. But after coming to the U.S., Kim wanted to stay and improve his English as well as gameplay.

"I've never seen a guy that's been able to pick up another culture so much, and then on top of that, like it almost more than his own," Tomlinson says.

Kim applied for a student visa and was denied; Tomlinson says it's hard to get unless the gamer goes to one of the best universities in South Korea. Choi Seong-hun is another StarCraft II player that Tomlinson manages, and Choi (aka "Polt") got a student visa to go to the University of Texas at Austin. He is ranked fourth worldwide and has earned $245,670 in prize money.

Twitch and Blizzard Entertainment, the company that made StarCraft II, helped Kim get his visa by writing recommendation letters to U.S. Citizenship and Immigration Services, explaining the sport of competitive gaming and Kim's high standing.

"Gaming is their full-time job, so the inability to go to a tournament, to travel and compete is preventing them from doing their job," says Graham of Twitch. "Visas have single-handedly been one of the biggest killers of players' careers. These problems have been plaguing us even as early as 2002."

Graham also says there is no doubt competitive gaming is a sport, even before the U.S. government acknowledged it. He compares this transfer of talent to famous athletes like David Beckham, a former Los Angeles Galaxy soccer player, and Hyun-Jin Ryu, a South Korean pitcher for the LA Dodgers, coming to play in the U.S.

"[Competitive gamers like Kim] are the best of the best," Graham says. "They do compete for hundreds of thousands of dollars every year; they do spend 10 to 12 hours every day practicing."

Kim arrives in the U.S. next Monday, and more could follow his path. Kim Phan, a senior manager at Blizzard Entertainment, says there are "a handful" of other gamers with pending visa applications.