Accessibility links
A Game With Heart, Gone Home Is A Bold Step In Storytelling : All Tech Considered In the video game Gone Home, you are alone in an empty house trying to piece together the whereabouts of your family. The story that unfolds along the way is at times touching, humorous and emotionally honest.

Let me just get this out of the way: Gone Home is one of the most deeply intimate and emotionally honest gaming experiences I've had in my more than 25 years of playing video games.

In the game — created by The Fullbright Company, a four-person team out of Portland — you play 21-year-old Kaitlin Greenbriar, who has returned from a trip abroad in Europe to the new home her parents and sister recently moved into. But instead of a big family welcome, she arrives to an empty house and a mysterious note taped to the door.

Though you play as Kaitlin, the story is really about her 17-year-old sister, Sam, and her initial alienation at a new school before meeting and becoming close friends with a girl named Lonnie. It is their relationship that forms the narrative core of the game, but there are also some side threads regarding the relationship between the parents, Jan and Terry, as well as the history behind the house's previous owner.

You spend the game in a familiar first-person style, exploring the house. The story unfolds as you pick up scraps of paper, notes, letters, photos, cassette tapes and other bits and pieces littering the house. Sam also narrates a series of journal entries that serve as the main vehicle for telling the story. 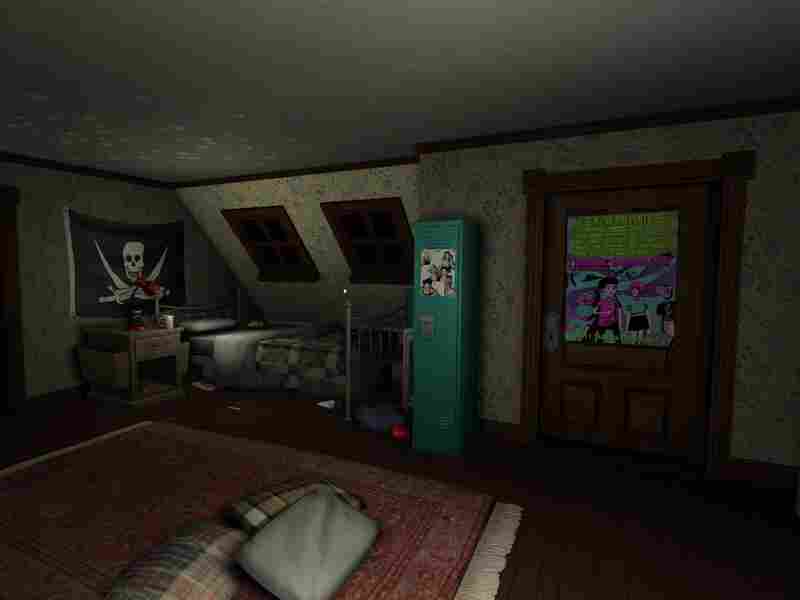 Billed as a "story exploration game," Gone Home has users exploring an empty house and piecing together why no one is home. The Fullbright Company hide caption 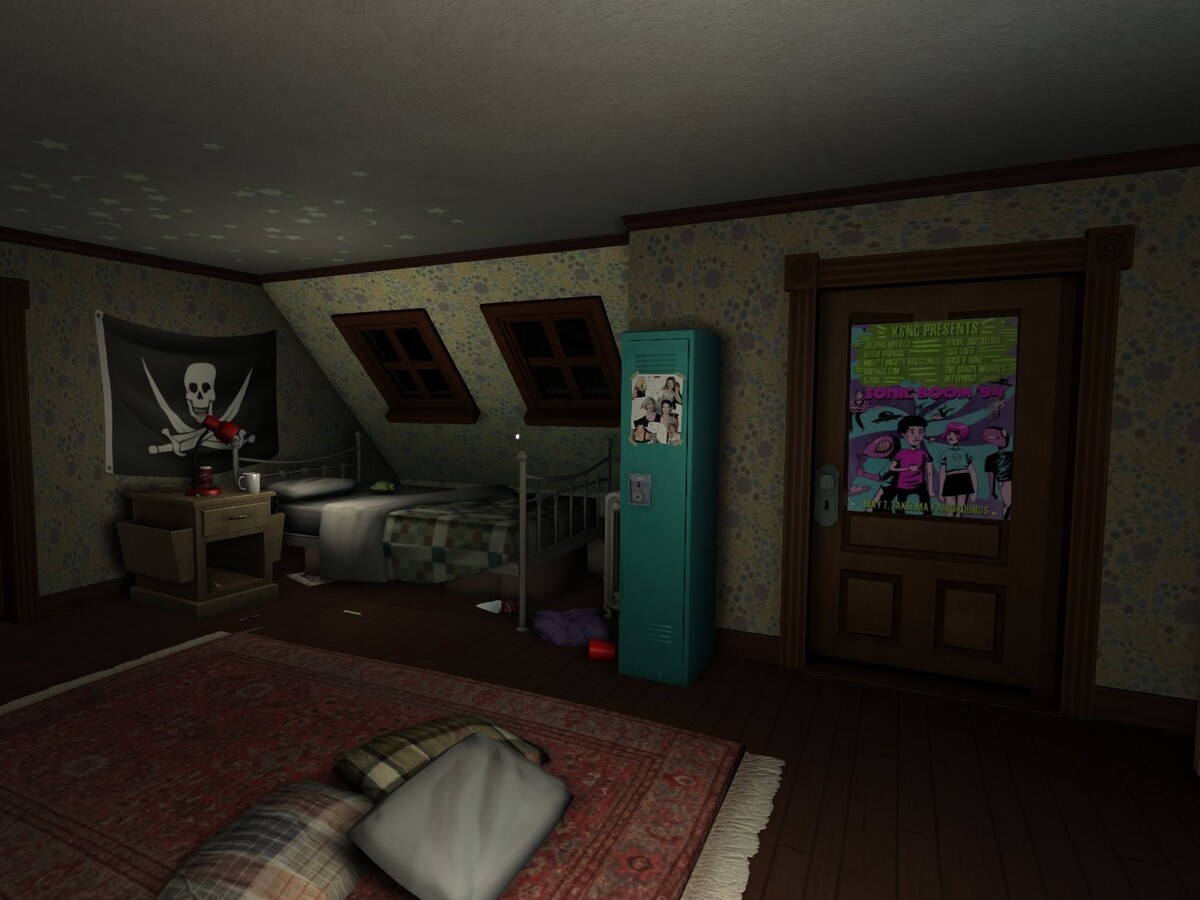 Billed as a "story exploration game," Gone Home has users exploring an empty house and piecing together why no one is home.

With these storytelling elements you learn a lot about the Greenbriar family and what is going on in their lives. But the game also respects the player, much as a really great book respects the intelligent reader, in that it lets you put a lot of the pieces of the Greenbriar puzzle together for yourself and form many of your own conclusions.

Though more of a story exploration game or a piece of interactive short fiction, Gone Home (available for Windows, Mac and Linux) weaves its touching story with such deft and narrative grace that it is hard not to be sucked in immediately.

I did not expect this game to get its hooks into me as much as it did. I'd read a bit about it and had some expectations going in when I sat down to play. I figured I'd get in, explore a bit, get that nostalgic nod and the crux of the story and be done. But as soon as I heard that first journal entry, so sincerely read by voice actor Sarah Grayson, I was in — I had to know where the story was headed.

The game takes place in the mid-'90s. Having been in high school at that time, I found authentic details — notes passed between Sam and Lonnie flecked with teenage humor, Street Fighter II references, a zine the girls make, and punk rock riot grrrl bootleg tapes scattered about — that made the game all the more engrossing. As I immersed myself in the notes and letters, I almost felt guilty, as if I were reading private missives between two of my former classmates.

Sam embodies a lot feelings that I, and likely many others, had as a teenager. The alienation, the confusion, the excitement of a first love and the battling with parents who just "don't get it." Exploring the house and reading the scraps of paper brought back memories of that time when I knew everything but understood nothing. I felt close to the characters, like we might have even been friends once.

Gone Home's clever and subtle writing, as well as the environmental details, create a living and breathing setting. It feels like people live in the house. You can almost smell the empty pizza boxes and laundry detergent. That immersion is what made me connect to the family and pushed me toward clue after clue. It's what made me want to see the story through.

We Are All Made Of Stars

In Space, No One Can Hear You Swap

Now of course it should be said that Gone Home will not appeal to everyone. Technically, there is no real gameplay; it's mostly just moving around the house and examining objects. There are no monsters or terrorists to shoot or cars to steal. But that's one of the reasons the game is so important for the gaming industry right now.

It shows that modern video games need not try to be all things to all people. It also shows that video games can no longer be so simply labeled and dismissed — that they don't all need to fit comfortably into standard categories. Like all artistic or entertainment mediums, they can be big and bold as well as subtle and moving. Nor should gamers themselves be painted with the same broad brush.

The warm reception the game has received shows that, like several of the games I've talked about here, there is room for these deeper, emotional experiences in games right alongside arcade-style shootfests. There is room for everyone at the gaming table, including women — which is the other reason the game should be praised.

The three main characters in Gone Home — Kaitlin, Sam and Lonnie — are female. However, they are not characters (nor caricatures) of young women in video games. They are, like everyone else in the game, just people. That, unfortunately, is a rarity in today's gaming landscape, where female characters are often hypersexualized or are victims to be rescued. It is getting better, and there have been exceptions, but it's been a slow process.

But don't let that make you think this is somehow a "game for girls" (a notion that I feel shouldn't even exist). In fact, it is quite the opposite. Female gamers are continually thrust into the world of the white male protagonist, where often there is a gender bias, be it subtle or overt. Gone Home doesn't really have a gender bias. Despite having female leads, it's not catering to a female or male audience. It is instead catering to those who want a particular type of emotional and storytelling gaming experience, be they male or female. It is an important step in a continually evolving medium, and one that will surely come up again.

Gone Home is a truly unique gaming experience. While it isn't going to be everyone's cup of tea, I am happy to know that it exists. The game is at times a touching, humorous and frightening story. But most importantly, it is a game that tells a human story.