Accessibility links
Soft Launching In Nine Months? You'll Need A Social Strategy : All Tech Considered Everyone is announcing their pregnancy on Facebook these days. That means it's important to consider your social media strategy, and NPR's Melody Kramer mines the tech startup culture for some humorous ideas. 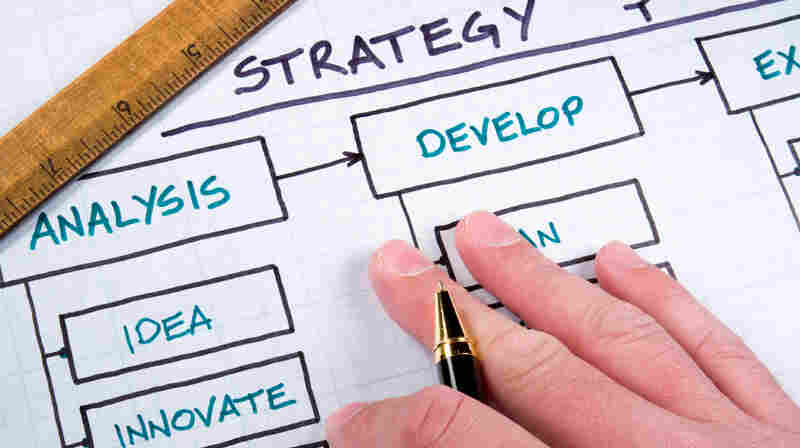 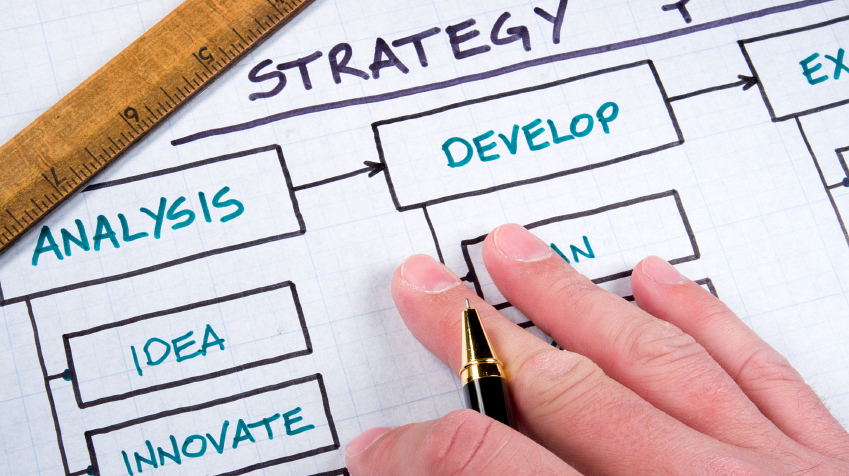 And Social Media Consultant Makes Four ... It's never too early to start planning a vibrant social strategy before your launch date.

Editor's Note: If you can't tell from your own Facebook or Twitter feeds, many young couples these days are sharing news of their growing families by making pregnancy announcements via social media. So our social media team's Melody Kramer decided, if you can't beat 'em, improve 'em! Here's her humorous take on how to really think through the social media strategy of the baby to be, er, "product" you're about to "launch."

Thank you so much for bringing me onto your team as your social media consultant. I am really excited to come up with the strategic plan for the new product you've been developing for the past trimester. I'm thrilled to work with a two-person startup that's really building something new from the ground up, and I want to bounce some ideas off you about the best way to introduce Edwrd to the public. (I realize this is just a working name and may change before the expected launch date.)

I notice you haven't posted anything to your social networks yet, which is a dreadful mistake that many first-trimester, pre-investment startups make. If you don't start laying the groundwork now, it will be hard to create a vibrant, monetized community around Edwrd. Remember, it takes a village to launch a viable product that may get acquired one day by Harvard, Google or Yale.

Here are some basic things I recommend doing before your product hits the market in the summer of 2014:

Consider opening up your beta to a wider audience now — before another trimester passes. 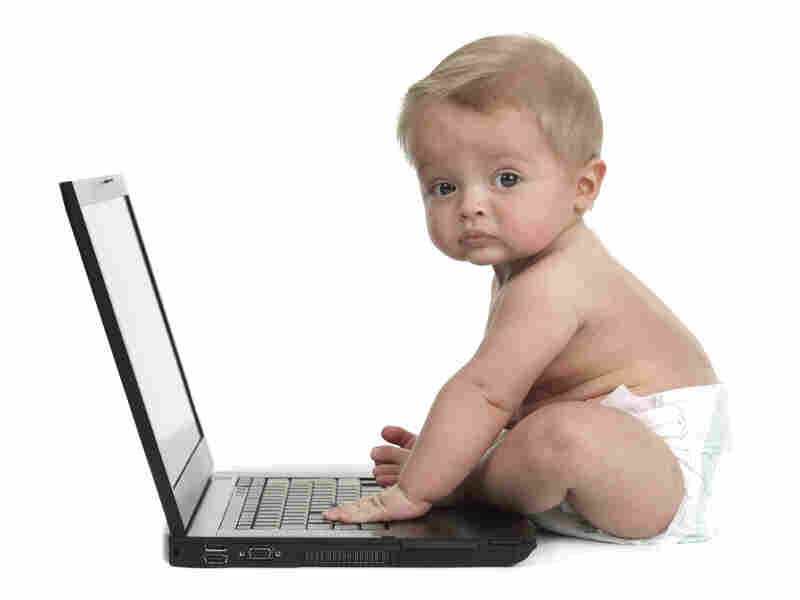 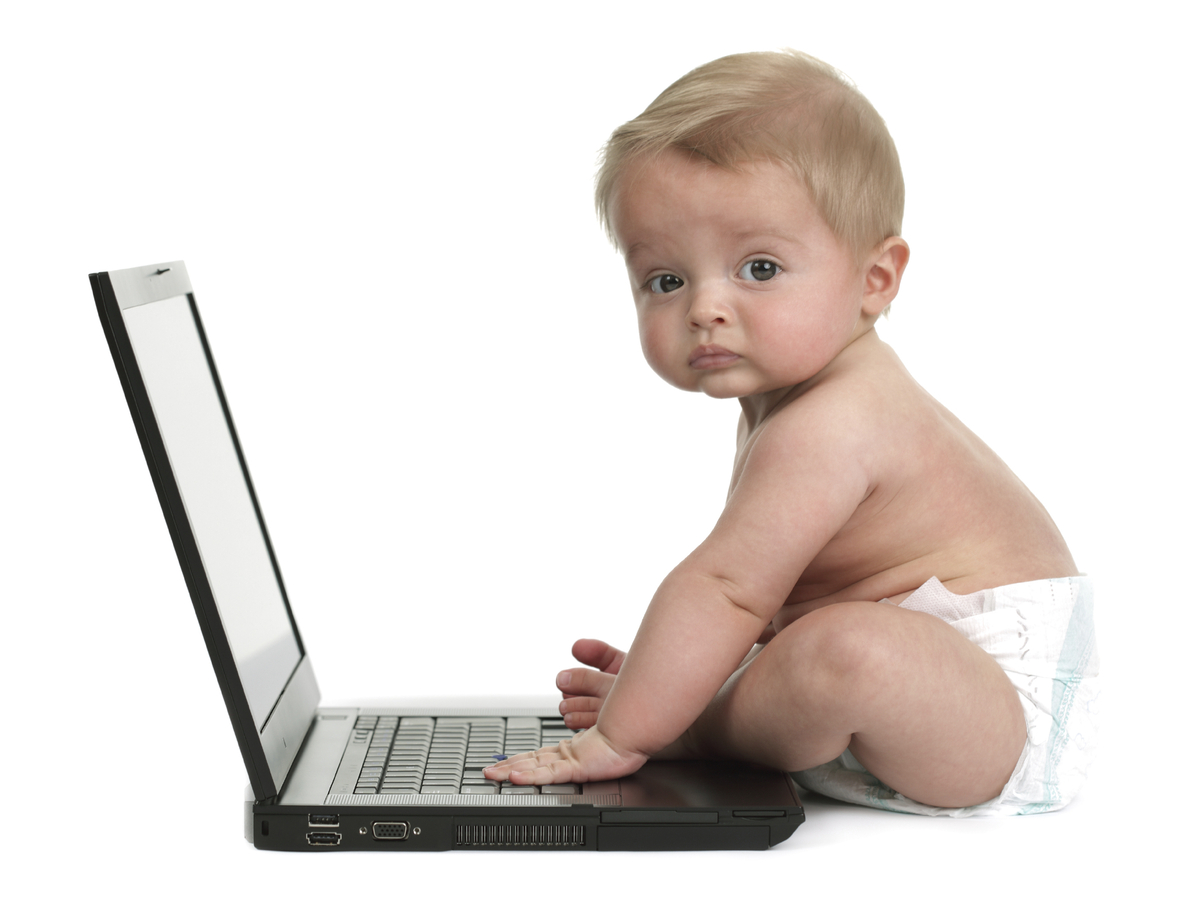 Yes, this means announcing your launch on Facebook as quickly as possible. But it also means making sure there's a viable Facebook strategy in place. You may be overwhelmed with congratulatory notes — or potential accelerators reaching out — and you don't want to alienate your existing loyal regulars by not being ready.

Ask yourselves, "Is venture financing right for this product?"

Outside investors can help launch your product more confidently and securely, but such support can come with strings and limit the management team's freedom. Some investors even demand a seat on the board of your startup in exchange for a significant investment. While this is perfectly acceptable in some [corporate] cultures, you never want to give up majority control.

Think of how you'd like to differentiate your new product from the thousands launched every day around the world.

Perhaps a simple site with a mysterious tagline will do the trick. Visuals, however, are usually more successful. If you have any photos of your prototype, feel free to share them, but remember: Black-and-white, blurry images — particularly those with indistinguishable characteristics — have almost no chance of being shared, let alone liked. Filters are your friend. Use them.

About 75 percent of all venture-backed startups don't return their initial investors' capital — according to a recent Harvard Business School study. You can avoid their mistakes by coming up with a strategic media plan. You'll want to convey how the founders of your startup met and how you plan to expand if Edwrd does well in the future. I generally advise clients to focus on an initial product at first, and see if there's room for growth later. That said, it's never too early to start thinking about another idea, particularly if you find angel investors — or, as I like to call them, "Aunts," "Uncles" and "Grandparents" — this time around.

'Peeing On This Stick Will Change Your Life,' or 'Watch The Exact Moment This Couples' Life Changed For The Next 18 Years.'

Of course, cross-promotional strategies utilizing different social networks often have a bigger payoff than focusing on a single platform before launch. Some ideas:

Make sure your friends and colleagues know that they can endorse your new skills in dilation, lactation and sticking your finger in someone's mouth to calm them down. Make sure you reach out to your networks — you're going to need a good product support team — and LinkedIn is generally a good place to start.

Don't aimlessly RT everyone mentioning your product at launch (and there will be plenty of mentions). You want to engage. Consider posting behind-the-scenes updates or even just responding to customers who may want more features in Edwrd. (Sample tweet: "Over the next three years, our development team will be working hard to include natural language processing capabilities in future updates.")

You can create a Pinterest board with ideas on how to announce your initial launch on Facebook.

You'll want to make it splashy. I've seen Christmas ornaments, rebus puzzles, comic strips and cakes — and that's just in the past few months. As launch announcements get more elaborate, you'll really want to pull out all of the stops. Think about what Oreo did during the Super Bowl. Can you tie the launch to a news event? Or create a headline that will pique readers' interest? Try "Peeing On This Stick Will Change Your Life," or "Watch The Exact Moment This Couples' Life Changed For The Next 18 Years."

But it has 26 million users. Think about using it as your Official Image Partner, to remind the public that special moments should never last longer than 10 seconds.

And then, it's never too early to talk about the launch itself.

Launching at South by Southwest is a daring move, but one worth considering.

Remember, Twitter and Foursquare both got their starts at the Austin-based tech festival. Launching onstage at SXSW is risky but the media potential is enormous. Things to remember: Push!

After Edwrd launches, it's important to think about every platform Edwrd will be on, because going mobile is not optional — it will happen, and more quickly than you anticipate. iPhone, Android, that rug, Mac, Windows — at this stage, you'll want to make sure you have security features in place so Edwrd doesn't crash repeatedly.

You probably won't be able to take a vacation after the product launch, so take one now.

I always advise my clients to take a break, because the next few months are going to be grueling. You'll be working at all hours of the night when Edwrd needs 24/7 support. (Eventually you may be able to outsource this ...)

The growth potential for your startup is really incredible — particularly 5 to 12 years down the road — and I'm excited to watch Edwrd flourish and expand. We can talk about aligning responsibilities to the co-founders in a few months ...

PS: If you misjudge the market and launch too early, there are excellent incubators available. #YOLO