Accessibility links
Google Buys Nest, May Soon Know How Cool You Like Your Home : All Tech Considered The search giant bought Nest, the home automation startup with smart thermostats and smart smoke detectors that are found in homes around the world. It signals a tipping point for "the Internet of things." 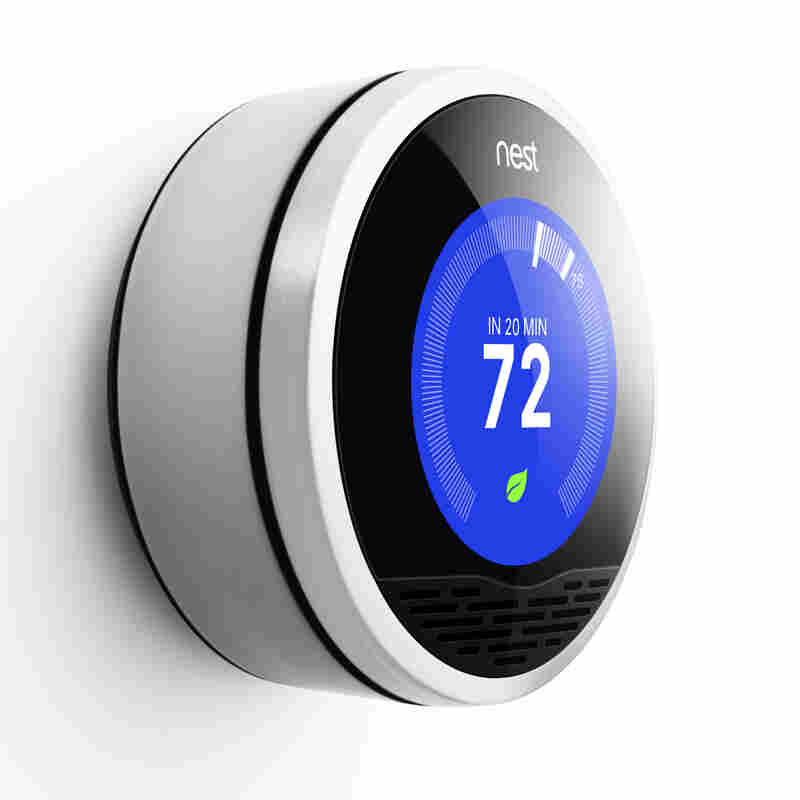 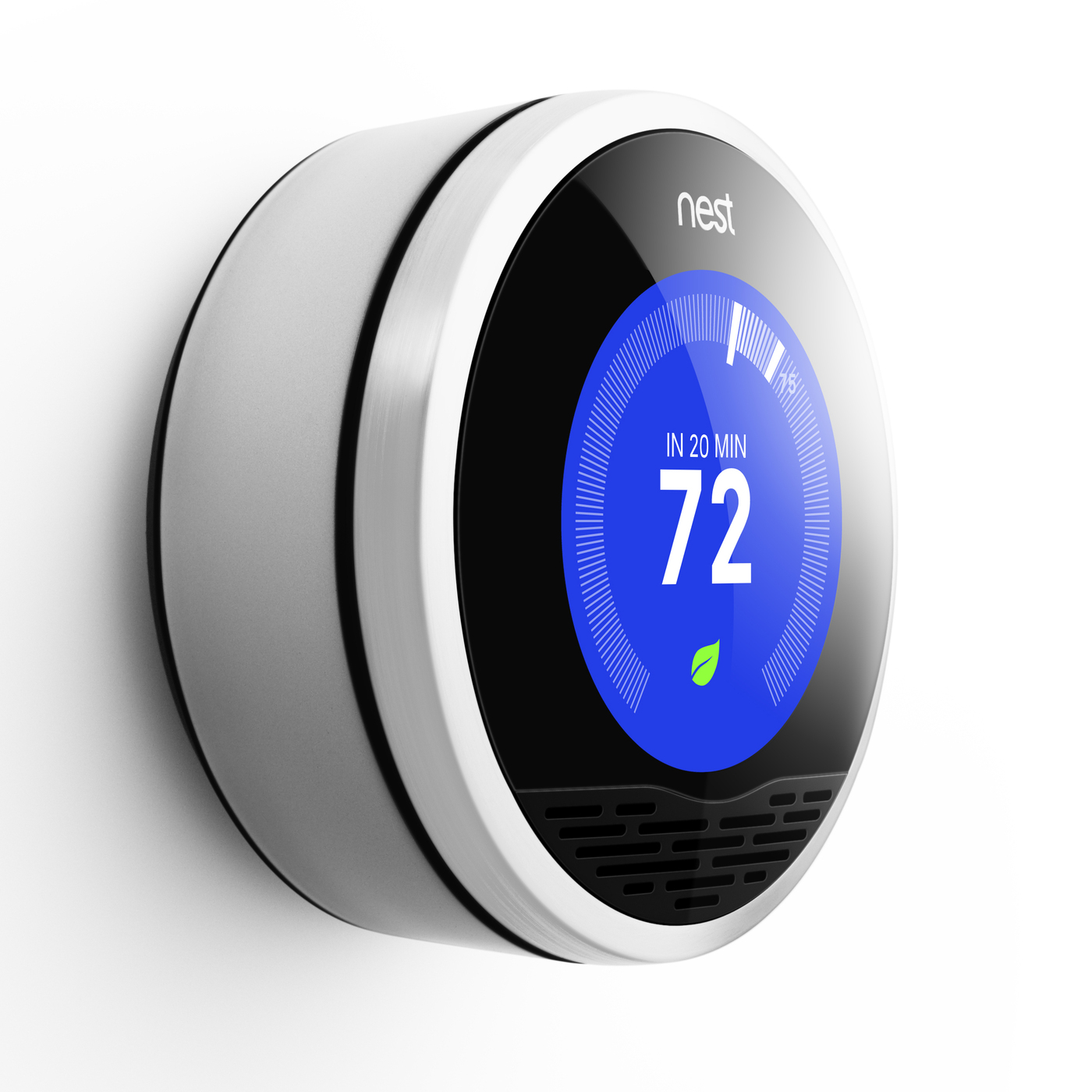 The Nest Learning Thermostat. The four-year-old company is now owned by Google.

As further evidence that this is perhaps the year the Internet of everything really becomes a thing, Google paid $3.2 billion in cash for Nest, the home automation company that pioneered smart thermostats and lately, smoke and carbon monoxide detectors.

"The Internet of things" describes adding connectivity and intelligence to everyday devices, giving them special functions. The Nest Learning Thermostat works by using the data about how warm or cool you like to keep your home to adjust itself intuitively so users are always comfortable.

Nest started in 2010 with a vision to "create a conscious home," writes its co-founder, Tony Fadell. "A home that is more thoughtful, intuitive — and nice to look at. No one had cracked the code and we were confident we could do it with the right product, the right team, and focus." The company is reportedly in the process of building a platform for other connected devices in your home, and clearly, Google knew that.

Today, Nest has 300 employees in three countries and its devices are used in homes around the world. Google Ventures, the venture capital firm that's fully funded by Google, had been one of the main backers of Nest, according to Re/Code.

So why sell to the search behemoth, Google? Fadell's blog post with the announcement puts it this way:

"Google will help us fully realize our vision of the conscious home and allow us to change the world faster than we ever could if we continued to go it alone. We've had great momentum, but this is a rocket ship.

"Google has the business resources, global scale and platform reach to accelerate Nest growth across hardware, software and services for the home globally. And our company visions are well aligned — we both believe in letting technology do the hard work behind the scenes so people can get on with the things that matter in life. Google is committed to helping Nest make a difference and together, we can help save more energy and keep people safe in their homes.

"This decision wasn't made on a whim — Google has been in the mix in some way or another for about three years of our almost four-year history."

Nest will retain its own brand, and brand identity, says its founder. But fears that the company that already controls so much of our data will now know even more instantly showed up on social media.

The Nest thermostat is priced at $249 and its Protect smoke and carbon monoxide detector is $129.