Accessibility links
Sometimes, Death Is Only The Beginning. Will You Continue? : All Tech Considered The game Continue?9876543210 explores what happens in the final moments in a video game character's life and their ultimate deletion from the system that spawned them.

I can fondly recall, many, many moons ago, when arcades in the U.S. were still a thing, plunking in token after token (or quarters if your arcade wasn't owned by crooks) into all sorts of games. The coins were used to fight off that most insidious of villains and mainstay of arcade games: the "continue" screen.

That dreaded screen ticked down the final seconds of your street fighter, ninja turtle or X-Man's life. Their permanent demise was intrinsically tied to whether you could procure another coin in less than 10 seconds. If not, all was lost, and so was your character and progress.

A new indie game from developer Jason Oda asks what happens after that countdown. Continue?9876543210, besides being a mouthful of a title, bills itself as a "contemplative journey into existential despair." That heady descriptor might seem a tad pretentious, but it is a fairly accurate summary of what Continue? — which is how I'll refer to it in order to avoid doing a glissando on my keyboard — is trying to accomplish. 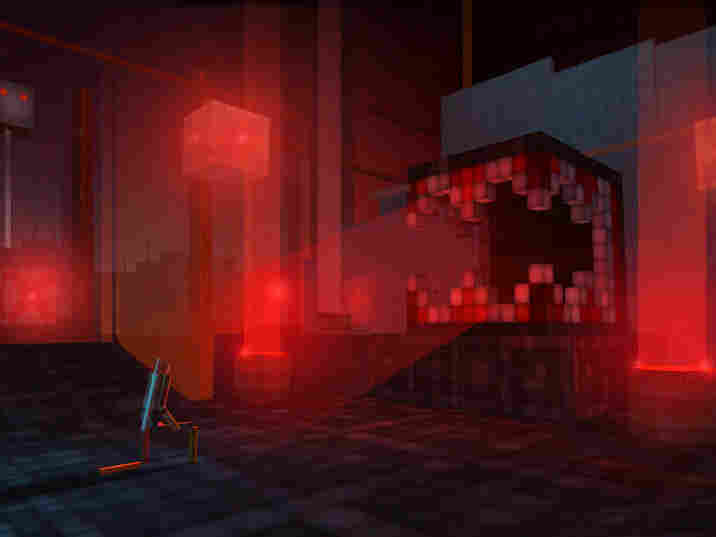 The game Continue?9876543210 begins with the character's death and explores the limbo between when a video game character perishes and when they are deleted from the system. Jason Oda hide caption 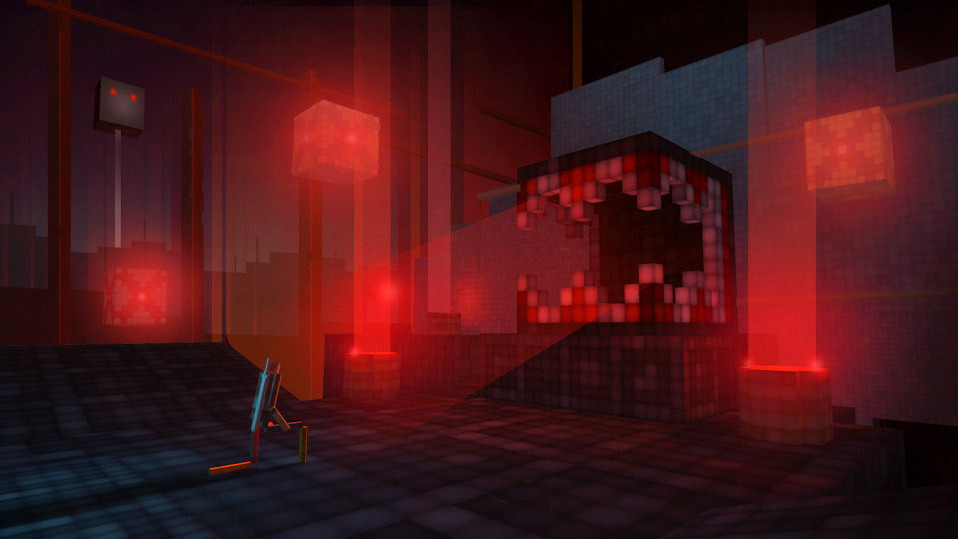 The game Continue?9876543210 begins with the character's death and explores the limbo between when a video game character perishes and when they are deleted from the system.

My Lightning, My Prayer

The game opens with the death of one of six random characters, who is killed by an unknown assailant. The titular "continue" screen appears and ticks down to zero, seemingly ending the game before you even start. But alas, the character pleads: "Wait. I'm not ready to die yet."

And thus begins the character's journey through a Tron-like digital purgatory referred to as Random Access Memory. You spend your time running away from digital deletion, in the form of the "garbage collector" program, trying to find answers of a life once lived and some semblance of peace in death. It is a very strange game, but one that is definitely an interesting experience if you take the time to play it through several times.

Each time you play, you are also randomly assigned six of a possible 11 areas in the game. While in each level, you talk to the local characters, wax poetic about various topics, and struggle to open the doors and find the exits to escape. The areas range from chasing talking scarecrows at a farm, to being in the trenches with some soldiers, and even a trailer park full of Juggalos (yes, those Juggalos).

The only other enemies you face, besides the ominous garbage collector, are appropriately Langolier-esque monsters that chase you through the town areas as well as the Zelda-like levels where you must fight your way through deletion. They create the sense of impending doom, chewing up the world behind you and helping purge the system of extraneous data.

The interactions with the characters on each level generally boil down to what at first seems like a confusing dialogue choice: "My Lightning" or "My Prayer." The lightning choice strikes the ground near the exits, breaking open barriers that might set you free. The prayer choice builds a shelter in a separate town that's used later to hide from the deletion storm.

Having A Dungeon On Your Desktop Is The Perfect Coffee Break

Too Many Games, So Little Time: Indies That Innovated In 2013

To me, these two choices represented, among other things, instant gratification and preparing for what is to come. The lightning helps you immediately, and will perhaps let you leave the area sooner. The shelter built by the prayer will aid you later. You need both but can only choose one.

Ultimately, it is an uphill battle. No matter how many people you talk to, how many shelters you build and how many monsters you ward off, you will be deleted. And that is kind of the point.

Continue? is a game in search of answers, much like the characters in it. As the story goes, developer Jason Oda conceived the game after being stranded in the New Mexico desert after a hallucinogenic drug trip. The game is a representation of that trip and the thoughts and feelings Oda had along the way. Lucky to be alive, he is taking you on his emotional journey in the hope that you might pick up something about yourself along the way.

The game takes these themes of life, death, survival and deep, personal introspection and peppers them throughout the often abstract levels, characters and dialogue. These days death is pretty fleeting in video games, and characters generally spring back to life like a punching clown. It is odd that as we strive for more realism in video games, with fancy, high-tech graphics, one of the most real things in life — the heavy toll of death and its inevitability — is treated as almost inconsequential.

Whether or not the game accomplishes tackling that sort of subject matter is up to the player. But this is another one of those games that I am glad exists as an experiment with the medium. Like a lot of the games I write about here, it might not be for everyone, but for those willing to give it a try, it can serve up a lot of emotions.

For me, it was an interesting road trip through a developer's vision of digital life after death. And it did get me thinking about my own past and present, as well as the important things in my life. Not because it hit me over the head and told me to think about those things, but because it created a setting where I could wander into those thoughts on my own.