Accessibility links
By Tracking Sugar In Tears, Contact Lens Offers Hope For Diabetics : All Tech Considered Despite the technical feat, researchers say that much basic research remains, and the relationship between glucose and tears is still unproven. 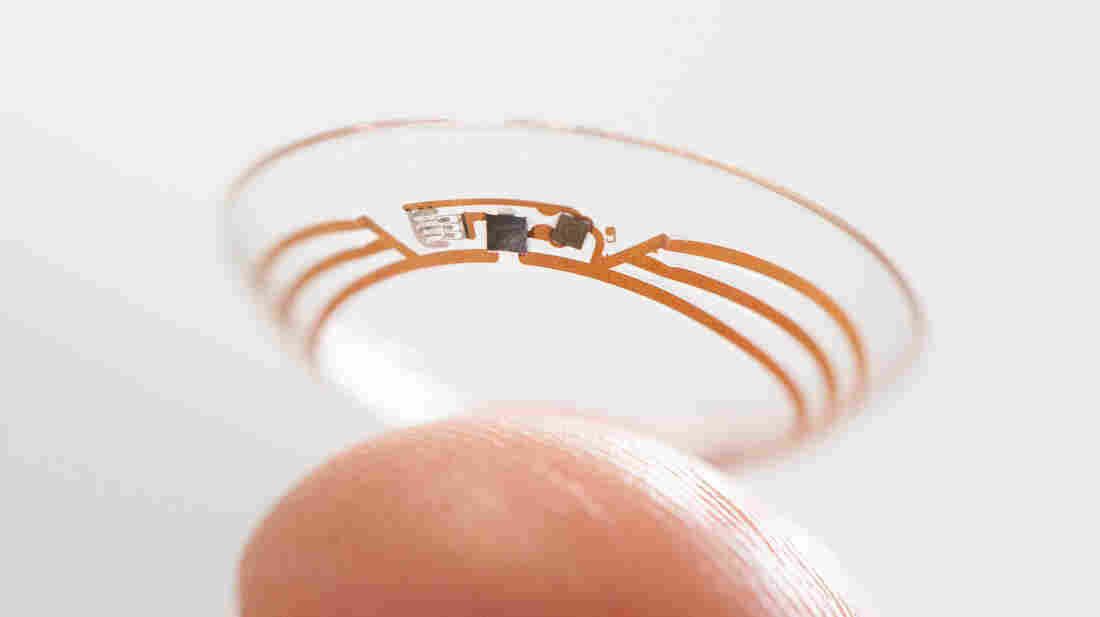 While years of research remain to see if such a system is medically viable, Google's development of a tiny, flexible wireless computer embedded in a soft contact lens is a first. Google hide caption 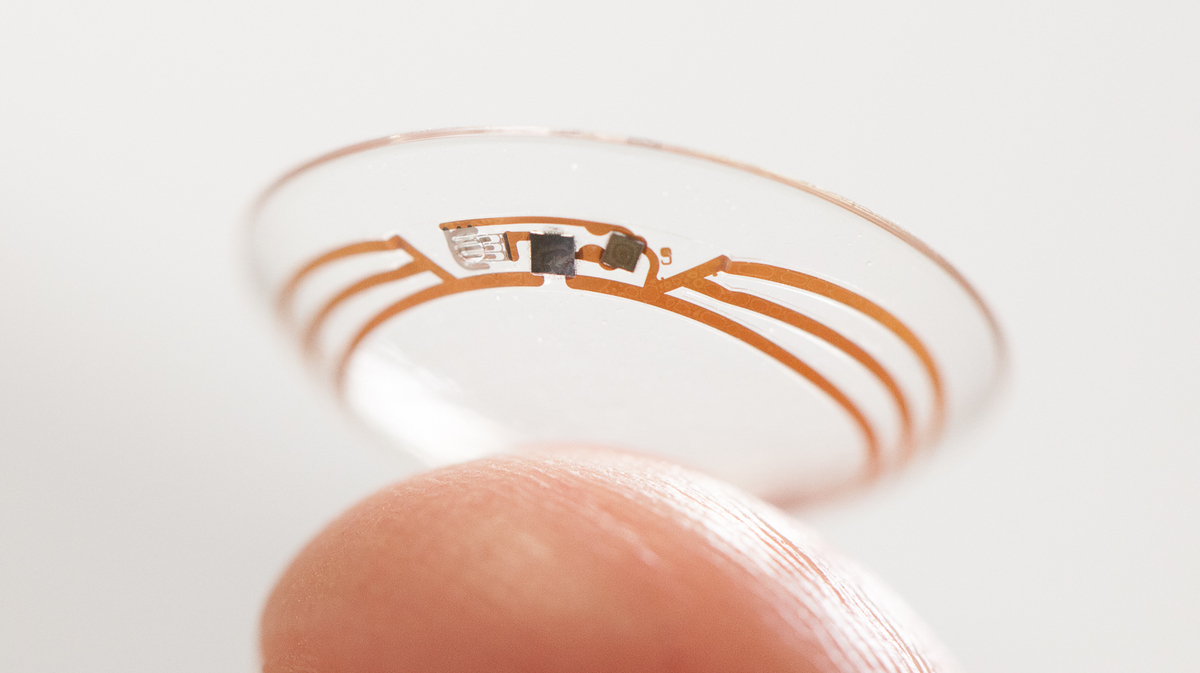 While years of research remain to see if such a system is medically viable, Google's development of a tiny, flexible wireless computer embedded in a soft contact lens is a first.

The latest project from Google X is a smart contact lens, a tiny, flexible computer capable of monitoring glucose levels in tears. Researchers at Google are hopeful that one day this technology might be used to help diabetes patients better control their disease.

"I think the Google X device could be a huge game changer," says Dr. John Buse, professor of medicine at the University of North Carolina School of Medicine. He's also chairman of the National Diabetes Education Program for the National Institutes of Health and the Centers for Disease Control and Prevention.

Buse and Google researchers are quick to point out that years of basic research remain before this device or one like it comes to market. At the moment, even the relationship between the level of glucose in tears and blood glucose levels remains unproven.

"At this point, we have functional prototypes," said Brian Otis, the project lead at Google X. "We have integrated circuits that have been miniaturized to the point where they look like a piece of glitter integrated inside the soft contact lens material."

The smart lens consists of this glitter-fleck-sized wireless computer chip as well as a microscopically small glucose sensor and an antenna thinner than a human hair. All of this is embedded between two layers of soft-contact lens material.

"We have a glucose sensor that has to be much more sensitive — because the concentration of glucose in tears is much lower than the concentration in blood. We've also created a way of tying all of these technologies together in a flexible platform," Otis said — so flexible and soft that you could slip it over your eye.

This device is powered by harvesting radio waves from the air. A minute capacitor harvests RF power and creates a little bit of static electric charge on the chip. The chip itself uses just one microwatt of power to operate. That's one one-millionth of the amount of power required by your phone.

Biceps Curls And Down Dogs May Help Lower Diabetes Risk

"This is a really exciting problem because it pushes the limits of miniaturization, which is something we've been interested in pushing for a really long time," Otis said.

Otis and Babak Parviz began this research at the University of Washington years ago. Using National Science Foundation funding, they developed a mock-up smart lens on hard plastic.

While no one could have worn that prototype, they convinced themselves that a real, wearable device might be technically possible. However, they faced another enormous hurdle. Because measuring glucose levels in tears is difficult, no one had established a correlation between those levels and blood glucose levels.

"That's one of the things that makes Google X a unique place — we were able to embark on this project even though we had these two big questions at the beginning," Otis said.

One, could they build a lens to do this?

And two, if they did, would it measure something that actually matters?

Now that they have built a lens that works, they can begin doing basic research to learn whether the lens might someday help diabetics better control their disease.

"There has always been a notion that if people really knew what their blood sugar was, and how their blood sugar related to the food that they eat and their exercise, it would allow people to gain more insight into their disease and make better decisions," he said.