Accessibility links
As Windows XP Fades Away, Will Its Users Stick With Microsoft? : All Tech Considered Microsoft will stop supporting Windows XP in April. But the company faces a challenge as it herds its users away from the 12-year-old operating system: With so many computing options on the market, customers leaving XP behind might end up turning their backs to Microsoft, too.

As Windows XP Fades Away, Will Its Users Stick With Microsoft?

As Windows XP Fades Away, Will Its Users Stick With Microsoft? 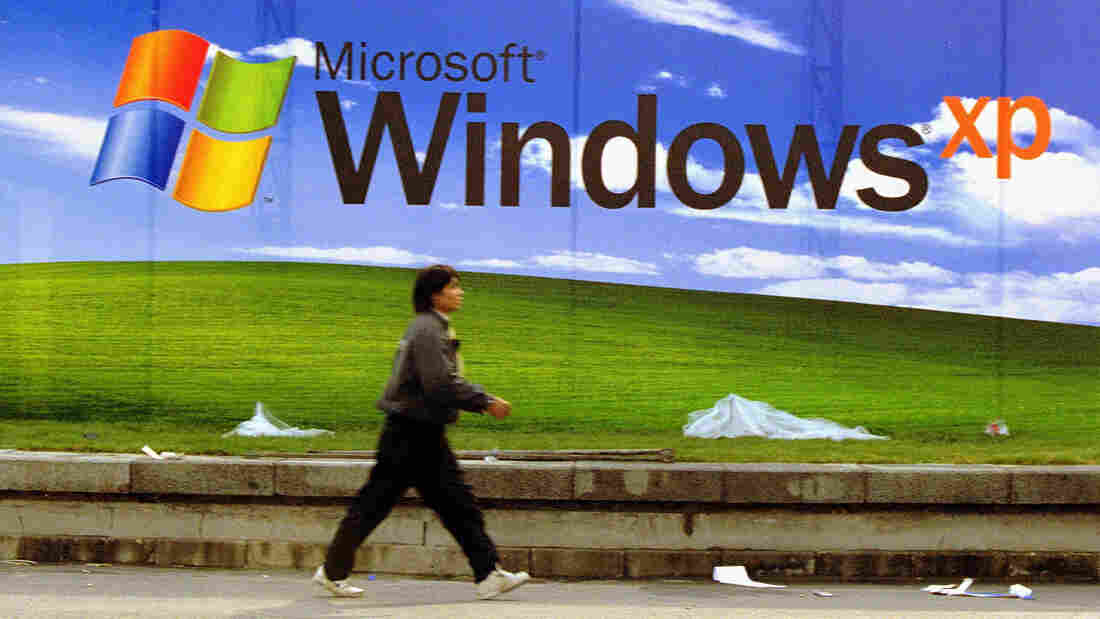 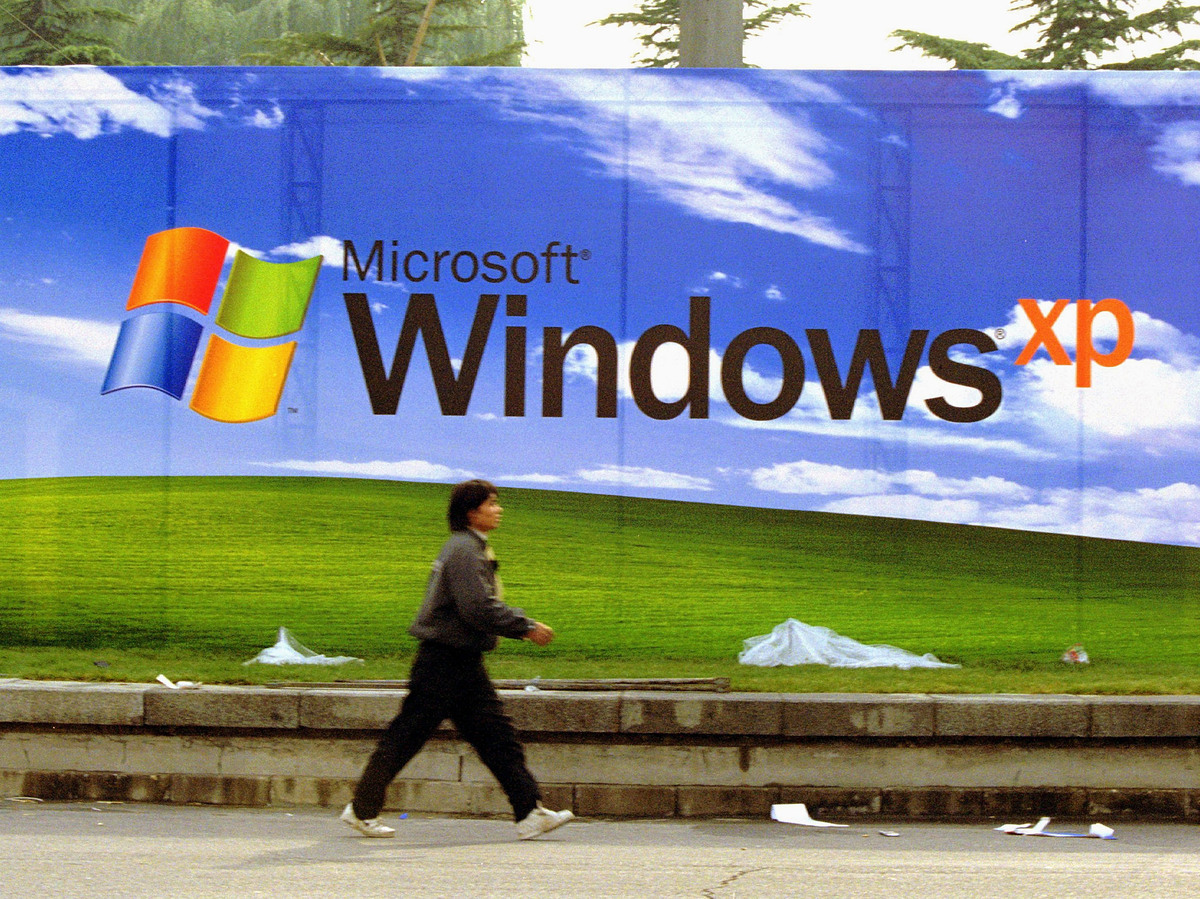 A man walks past a Microsoft billboard featuring Windows XP in November 2001 in Beijing.

Windows XP may have been largely developed in a different millennium, but it's not going into retirement without a fight.

Even as Microsoft promotes Windows 8, its latest operating system, Windows XP is still the second-most used OS on nonmobile computers, according to Net Applications web analytics. Debuting in 2001, XP lasted through three new Microsoft operating systems and the growth of mobile technology.

And in a move that seems to lower the incentive for stragglers to move on already, Microsoft announced last week that it will continue to provide anti-malware updates for XP until July 2015. That's more than a year after XP support officially ends April 8.

If you're reluctant to get rid of an ancient-but-functioning computer, here are some steps you can take to protect it:

Microsoft only condones upgrading or getting a new computer altogether. Underlying vulnerability in the XP system will not be patched with new security updates, said a company statement. "PCs running Windows XP after April 8, 2014, should not be considered to be truly protected."

But the company faces a challenge as it herds its users away from the 12-year-old operating system: With so many computing options on the market, customers leaving XP behind might end up leaving Microsoft behind, too.

What The End Means For You

"The data could be erased, the data could be changed, people could take over those machines to use for spam or other elicit purposes," says Michael Silver, a tech analyst at Gartner.

Silver estimates that up to a quarter of PCs in the U.S. are still running XP. He says it's unlikely that most XP users will migrate to a new operating system by April — even though the end date was announced years ago, when XP's would-be successor, Windows Vista, was released.

In fact, Vista was part of the problem. Microsoft's success with operating systems "kind of goes up and then down historically," says Stephen Baker, an analyst with NPD Group. While XP was undoubtedly a peak, Vista was widely regarded as a dud, so people who might have normally tried a new system held off. Windows 7 was more successful, but Windows 8, introduced in 2012, received a tepid reception amid a drop in PC sales.

Microsoft now has a clear incentive to get its users to upgrade. It's expensive to update and support a decade-old operating system. By today's computing standards, XP is slow and outdated, and that makes Microsoft look bad.

"It doesn't give people the best experience that they want to provide to their customers," Baker says. "It doesn't provide the benefits they've been able to develop in the past 12 years."

What The End Means For Microsoft

Fortunately for Microsoft, businesses stuck in the XP era are deciding to upgrade to Windows 7, PC World reports. And looking at Net Applications statistics, Microsoft is still king of the computing industry — desktop and mobile combined — with nearly 80 percent of the market share in operating systems.

But its reign is diminishing. Microsoft's most recent earnings, released Thursday, suggested that the company's profits are transitioning away from PC software sales to hardware, like its Xbox game consoles. Analysts and media outlets have long been forecasting the day when mobile users would eclipse desktop users.

And although Microsoft has some tablet offerings, consumers might be inclined to buy an iPad or Android tablet.

Tepid Reception To Windows 8 Blamed For Drop In PC Sales

Will Tweaking Windows 8 Be Enough To Revive The PC?

"A lot of [computers on XP] might be in a third bedroom sitting on a table being used once in a great while, waiting to be replaced by an iPad," Silver says. Or they might be replaced by Macs, whose market share among desktops has risen 2 percentage points since 2011, or by Chromebooks, inexpensive laptops that run Google's Chrome operating system.

To Microsoft's credit, it doesn't seem oblivious to that: A spokeswoman says it will be promoting "a slew of new offers" in April, in conjunction with XP's retirement. The company also gives store credit for recycling old computers.