Accessibility links
You've Got Mail, And It Smells Like 18th Century Paris : All Tech Considered The oPhone device (the "o" is for olfactory) will be able to send and receive whiffs of preprogrammed aromas remotely. Created by a Harvard professor, it's intended to add the sense of smell to the way we communicate. 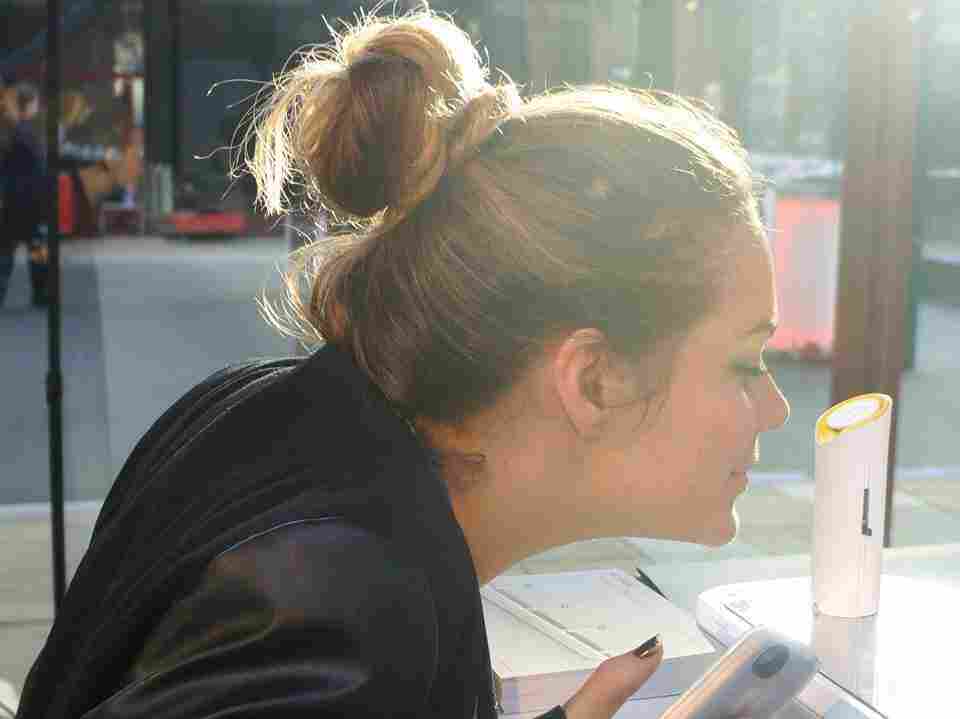 The oPhone was on display at Wired's annual conference in London in October. Courtesy of Le Laboratoire hide caption 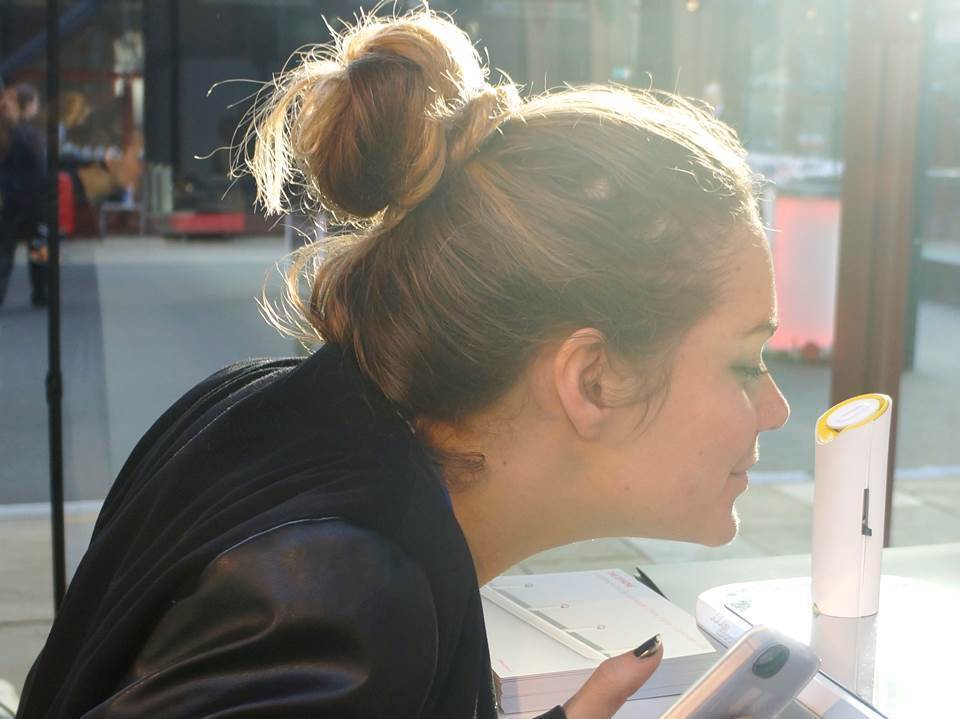 The oPhone was on display at Wired's annual conference in London in October.

First there was the Smell-O-Vision, a technology that brought aromas to movie theater audiences. Then there was Scratch 'n' Sniff, paper you could smell.

Now, a company in Paris has developed a mobile phone that sends aromatic text messages. It's called the oPhone — "o" for olfactory.

David Edwards, the mastermind behind the oPhone, is a Harvard University professor and the founder of Le Laboratoire in Paris. He and his students thought up a way to transmit all kinds of aromas, "from bread and flowers to the smell of Paris 300 years ago," he says.

These aromas are preprogrammed into the oPhone device, which has four small fingernail-sized chips that act as "ink cartridges for aroma," Edwards says. Air flows through them in different ways to produce various smells.

On one end, a user can type a message and attach a related smell, and someone with an oPhone on the receiving end will get a small whiff.

Edwards says communication is just missing something without a smell. "Clearly, [there's] a big difference between me saying to you the word 'croissant,' or even showing you a picture of a croissant, and you smelling a croissant," he says.

He's working with businesses like coffee shops to make the oPhone part of the consumer experience. Edwards says oPhones will be for sale in late fall, although you can't record your own smells yet.

"However, being able to transmit the aroma of what I'm experiencing through a kind of a camera is imaginable, so I think that will be coming," he says.