Accessibility links
Small Cinemas Struggle As Film Fades Out Of The Picture : All Tech Considered Paramount became the first big studio to distribute a major film in the U.S. only in digital, and others will probably follow. Small cinemas are struggling to raise money for the transition. Despite resistance from some major directors, the end of film is almost upon us. 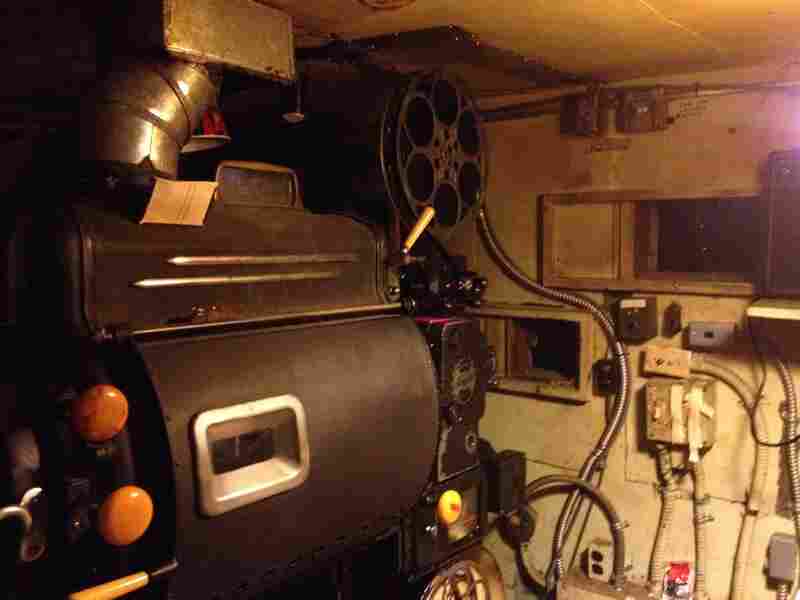 The Roxie Theater in San Francisco still has two 35 millimeter projectors, but the switch to digital is inevitable. Laura Sydell/NPR hide caption 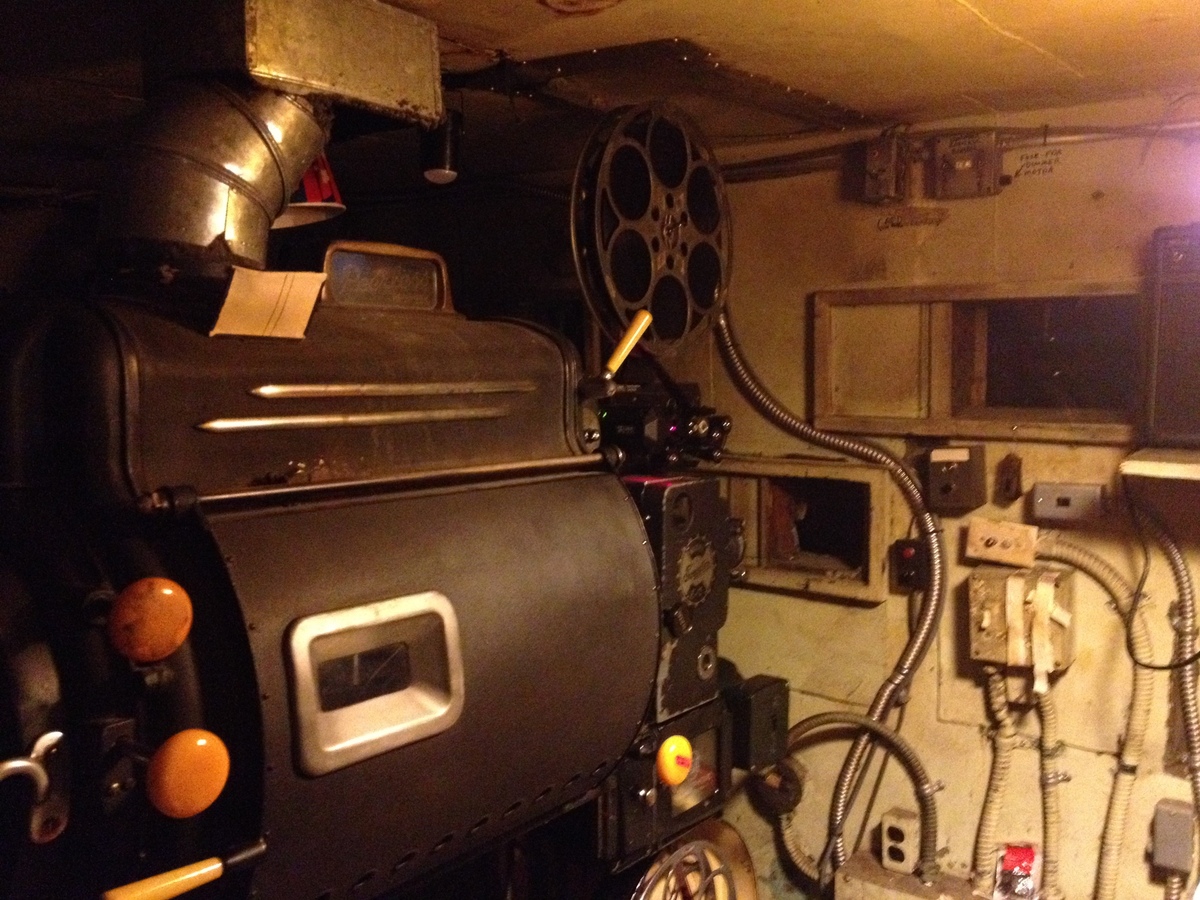 The Roxie Theater in San Francisco still has two 35 millimeter projectors, but the switch to digital is inevitable.

Cinema owners who don't have a digital projector in their movie house can't show Paramount Pictures' latest release: The Wolf of Wall Street. This year Paramount became the first big studio to distribute a major release in the U.S. entirely in a digital format, and other studios are likely to follow.

Most big theaters around the country are ready for the change, but it may threaten many of the nation's smaller cinemas which are struggling to raise money for the transition.

'We Either Had To Convert Or Close The Doors'

Dozens of small cinemas have taken to Kickstarter. The Tampa Pitcher Show has been trying to raise $30,000. It's got a video up that includes a group of regulars who dress up and perform at screenings of The Rocky Horror Picture Show. They're dancing until the lights go dark. "We've got to start showing our movies digitally otherwise we're not going to be able to show them at all," one of the performers says.

So far, the Kickstarter campaign for the Tampa Pitcher Show isn't going well.

Still, fans of neighborhood cinemas like it are pitching in because they say small local movie houses offer more to the community than a multiplex — they are social centers where people can act out The Rocky Horror Picture Show and see locally made films and live events.

But, first-run movies pay the bills and Tampa Pitcher Show owner Wayne Valenti says he was taken by surprise when he got a letter in early December from Paramount announcing it would cease distributing most movies on film by Dec. 31.

"They just really gave a short straw notice on the thing," he says, "and we either had to convert or close the doors basically."

It's not as if Valenti didn't know this day would come — the movie studios have been giving warnings for years that the end of film is nigh, according to Isabel Fondevila, director of the Roxie Theater in San Francisco. "[Distributors] keep sending us letters," she says, "like, 'Heads up. We're not going to have anything else but DCP so get ready.'"

DCP stands for Digital Cinema Package, which is what the studios are calling the new digital equipment and distribution system. The Roxie is the oldest continuously running theater in the country, according to Fondevila.

An Inevitable Switch To Digital

To see its legendary projection booth, I climb a narrow flight of wood stairs. The Roxie has two big, hulky 35-millimeter projectors screwed to the floor. Jim Lung, who's been a projectionist at the Roxie for over 30 years, threads the film, lights the lamps and finally flips the switch. Then, I hear that familiar slapping-like sound of film making its way through the projector — a sound that will soon vanish. Lung is not looking forward to the change because he doesn't like the look of digital.

"When you can actually sit there and you can see pores on people's skin, it's like, 'What happened here?' " Lung says. "You can actually see some makeup on them .... In the old days you would never see that."

Lung's not alone in his love of film — Quentin Tarantino says he'll quit when he can't shoot in film and at Christopher Nolan's insistence, Paramount will make his next feature, Interstellar, available on film.

But, the change to digital distribution is inevitable. It's cheaper for the studios and easier to make digital copies than film prints. Fortunately, the Roxie can take more time converting because it's a nonprofit that runs mostly art house films. But, it will need over $100,000 to outfit both its screens. To get that money, Roxie director Fondevila says she needs "a miracle ... or something like it."

Fondevila can find some hope across town at the Balboa Theatre. On a recent weekend, it was showing The Princess Bride, which theater owner Adam Bergeron says he had been unable to show before his cinema went digital.

Bergeron did a Kickstarter and raised over $100,000, which was enough to upgrade both of the Balboa's screens. Bergeron has some nostalgia for film. But, he says as a small theater, it's really important to have the right movie at the right time. Studios make a limited number of film prints; making digital copies is a lot easier.

"It's not as huge of a process as striking a 35-millimeter print is," Bergeron says. "So it's made it easier to get movies."

Though Bergeron has had success, a quick look at Kickstarter shows many campaigns by small neighborhood theaters have failed. The National Association of Theatre Owners says of the nation's 40,000 screens about 37,000 have gone digital, but it seems likely that at least a few may end up going dark instead.