Accessibility links
Wheels On The Bike Go Round And Round (To Make Music) : All Tech Considered Sound designer Steven Baber challenged himself to create a piece of music using only bicycle parts. The result is "Bespoken," an atmospheric piece of music that is all the more beautiful considering the unlikely instrumentation. 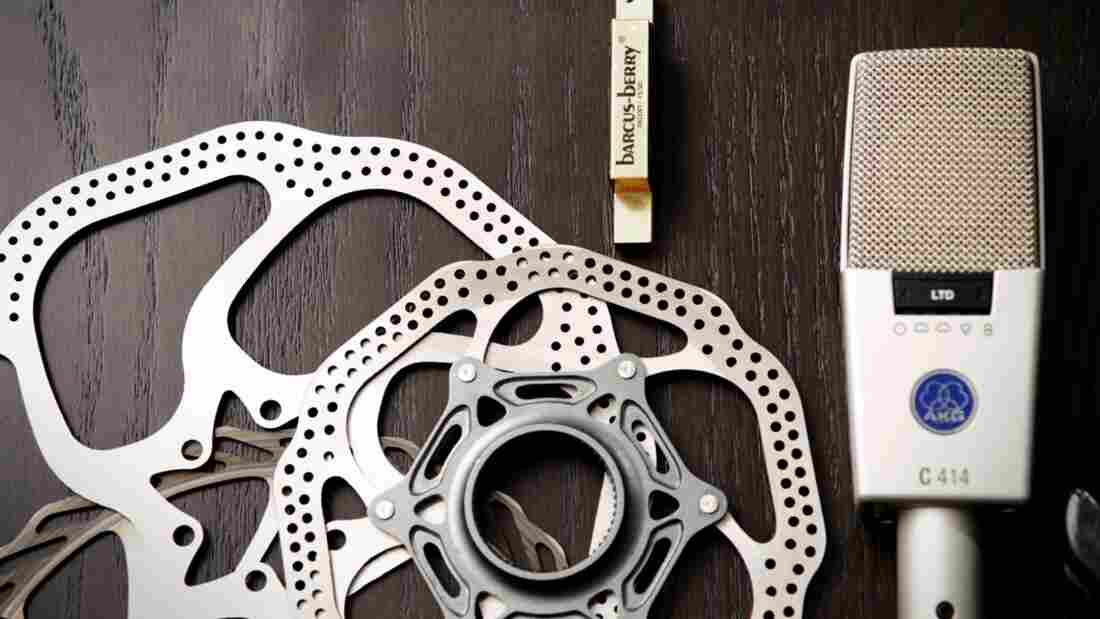 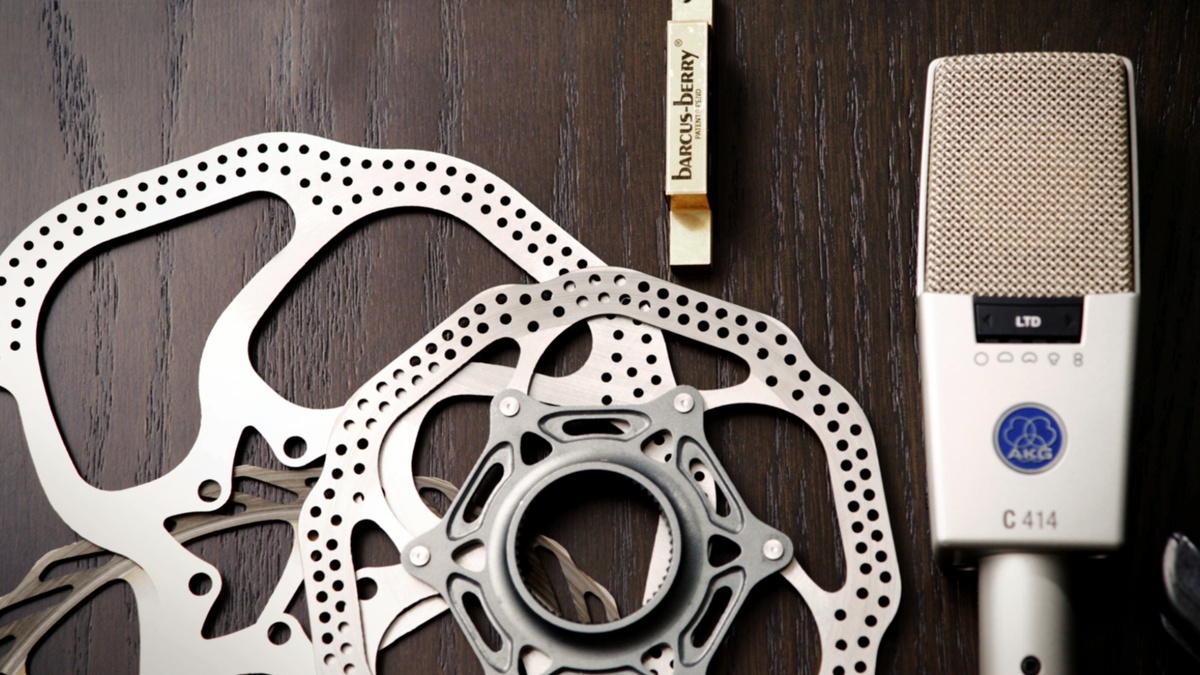 Steven Baber knows sound. And chances are, you know his work.

The sound designer and composer, who works under the name Johnnyrandom, produces advertisements for companies from Google to Adidas. In fact, he's the mastermind behind the larger-than-life "crunch" sound that caps off the Doritos commercials (How did he do it? Ate two bags of chips into a microphone and layered the audio).

About The 'Bespoken' Project

Last summer, Baber took on his own project. He challenged himself to make a piece of music using only bicycle parts. He took a road bike and a mountain bike, and set to work with his microphones.

"I wanted it to be beautiful," he says. "I wanted to capture it in a way that translated well into musical composition."

Baber recorded basic mechanical sounds like spinning pedals, changing gears and clicking brake levers. But he also took creative liberties with his bikes by playing the spokes with a violin bow or dragging a guitar pick along the edge of a rotating tire.

He worked for seven months, collecting thousands of sounds from his "instruments" and weaving them together to finally create "Bespoken," an atmospheric piece of music all the more beautiful considering the unlikely instrumentation.

Also on SoundCloud, Baber has a breakdown of selected sound elements.

So what's next for Johnnyrandom? "Well I'm currently tearing apart my kitchen," he says. "My focus is the entire kitchen."

Keep an ear out.