Accessibility links
I Might Be Your 'Secret Name': A Facebook Mystery : All Tech Considered A few years ago NPR's Beth Novey started getting mysterious notifications from hundreds of strangers on Facebook. Figuring out what was going on took her back to the early days of Facebook in 2004. 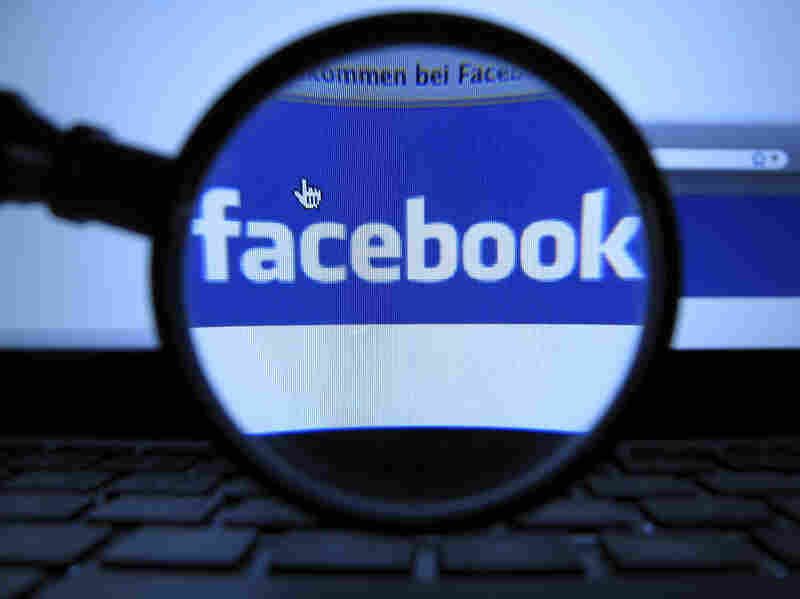 A few years ago I started getting mysterious notifications from hundreds of strangers on Facebook — dozens came in every day from all over the world. Figuring out what was going on took me back to my first day on Facebook, six days after it launched in February 2004. Joerg Koch/AP hide caption 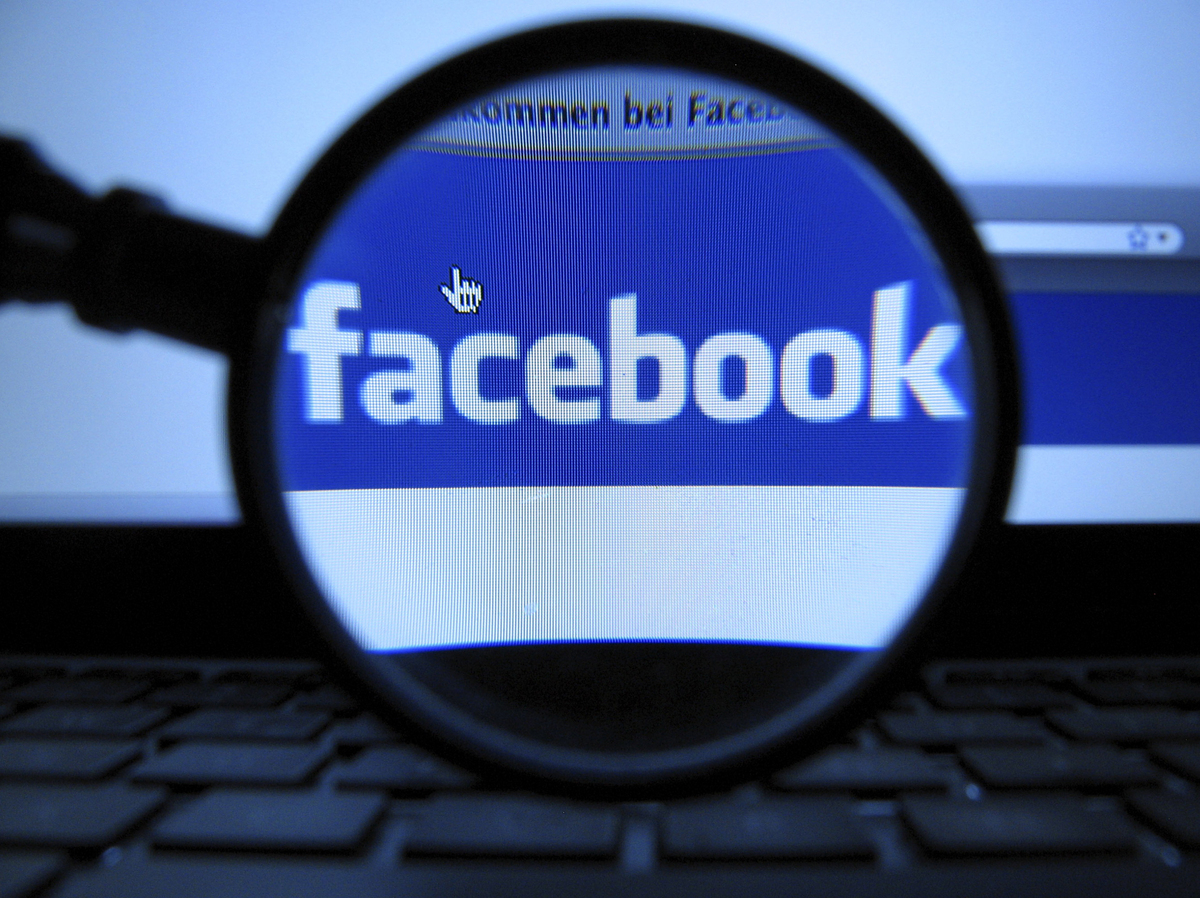 A few years ago I started getting mysterious notifications from hundreds of strangers on Facebook — dozens came in every day from all over the world. Figuring out what was going on took me back to my first day on Facebook, six days after it launched in February 2004.

Ten years ago today, on Feb. 10, 2004, I became the 1,990th person to join what was then called "thefacebook." This is not special. I wasn't an early adopter — like those first 25 Harvard users who get profiled every time Facebook hits a big milestone — and I wasn't friends with Mark Zuckerberg or anyone who mattered in this epic saga of dorm room innovation/world domination that we've all heard one too many times.

I hadn't thought much about that number — 1,990 — until a few years ago, when I started getting tagged by strangers in comment threads. All. The. Time. Dozens of notifications a day flooded my inbox, telling me that I was being mentioned by people I didn't know from all over the world. Some sent me friend requests. Others sent messages saying cryptically that I was their "secret name." What was going on?

When I set up my profile back in 2004, the thing that made thefacebook feel safe was that it was designed to connect you with the people you already knew. Unlike Friendster — which at the time had the stigma of being for people who couldn't make friends in real life — thefacebook wasn't asking you to interact with strangers. In fact, if you'd told me back in February 2004 that eight years later I'd be getting tagged by people all over the world, I might not have signed up.

So why, suddenly in 2012, was I getting friend requests from people I didn't know, halfway around the globe?

Over time, the notifications would wax and wane — there were some weeks when every morning I'd wake up to some 30 notifications that had come in overnight, and then weeks when all went quiet. Whatever was going on seemed to travel from country to country — I could tell from the names of the people tagging me. And all the profile pictures showed young men and women who couldn't be older than 25. Eventually, people started writing messages, like this one, from Khaled in Cairo, which helped me figure out what was going on:

"Hello, This is crazy lol, I've Seen this post ... on facebook, and it said write your birth year like @[and the year then:] and it will give you the name of this year, and so i did so after my sis told me to try it to see who i am, and i did and your name came up, i gone curious i looked for the name and it was an actual person xD, ok enough, sorry for the trouble and i hope i didn't bother you, seems like you are one famous person out there! good luck!"

A Much More Honest Version Of Those Facebook Anniversary Videos

Facebook At 10: Amid Doubters, Company Eyes Next Growth Phase

Looking closely at the comment threads, I saw that other people were being tagged, too — and they were all people who I recognized from college — people who'd been say, the 1,987th or the 1,992nd or the 1,995th to join Facebook. I guess someone figured out that if you typed @[INSERT ANY NUMBER HERE:] into a Facebook comment thread — as long as that number corresponded to a user ID — that string of characters would turn into a name linked to a profile. So, calling it a "birth-year name game," people announced on their timelines that if you took the year you were born, formatted it like so: @[1990:], and typed it into the comments, it would reveal the "secret name" assigned to your birth year.

Mystery solved. But. Let me tell you: A lot of people were born in 1990, and — given that they're now in their early 20s — they spend a lot of time on Facebook. Messages came in from Greece, Ghana and across the U.S. It was at best a fun anecdote and at worst a nuisance ... but it made me think about how far we've come when it comes to our comfort with online networks.

Back in 2004, we were so much more suspicious of "strangers" online. We assumed they were serial killers, or scam artists, or — perhaps scariest of all — losers. But gradually, as Facebook opened up to other colleges, then high schools, then workplaces, and then anyone over 13 ... we all got used to the idea that it was OK to have a personal profile on a public platform. And when other platforms like Twitter and Instagram and Tumblr came along, we were unfazed by the idea of putting ourselves "out there."

We've all heard more than enough about how the Harvard network I joined in 2004 has grown into a global network. But I think the more interesting story is how we've all grown up along with it.

We've all heard more than enough about how the Harvard network I joined in 2004 has grown into a global network. But I think the more interesting story is how we've all grown up along with it. These days we take our online presence for granted ... but I still wear T-shirts that are older than my Facebook profile. And I still remember the days of hesitation before I signed up — the reason I'm the 1,990th person on Facebook, and not the 19th.

But now, having lived through this weird, wonderful decade of social media evolution, I'd love to go back and reassure my 2004 self, and all of us who were squeamish about the idea of putting ourselves online. Sure there are plenty of predators and scam artists and Nigerian princes out there. But it turns out that some of those strangers are just 23-year-old kids sitting at their laptops in Cairo, or Ghana or New York, who are tickled to find that they have a mysterious "birth year" connection to a person in Washington, D.C. In the past 10 years, I think we've all become just a little less scared of strangers.

Beth Novey is a Web producer for NPR Books and Digital Arts & Entertainment.