Accessibility links
The Internet Flexes Political Muscle With Anti-NSA Protest : All Tech Considered It won't be as powerful as the strike against SOPA and PIPA in 2012, when Wikipedia blocked its site, Google blacked out its logo and millions of people joined in. But "The Day We Fight Back" on Tuesday is intended to show lawmakers that there's ongoing public pressure to reform mass surveillance laws.

Thousands of websites participating in the "Day We Fight Back" will show this banner, or something similar, to site visitors. Courtesy of Demand Progress hide caption

Reddit, Tumblr and Mozilla are among nearly 6,000 websites participating in "The Day We Fight Back," an online protest Tuesday against government surveillance.

The goal of the protest, organizers say, is partly to pass a federal bill called the USA Freedom Act, which is intended to rein in the mass surveillance programs by the National Security Agency that were exposed by Edward Snowden.

"The hope is that we'll be able to ... demonstrate that there's going to be ongoing public pressure until these reforms are instituted," says David Segal of Demand Progress, one of several activist organizations spearheading the protest.

Participating sites are displaying banners or alerts asking U.S. visitors to contact their congressmen in support of the Freedom Act. Visitors outside the U.S. are asked to sign a petition against mass surveillance worldwide.

The Internet showed that it was capable of taking on national lawmakers two years ago. On Jan. 18, 2012, tens of thousands of sites protested two proposed laws, the Stop Online Piracy Act and Protect IP Act, which opponents said would censor the Internet. (Some might remember it as the day Wikipedia went dark to raise awareness for the cause.) The strike gained significant traction: Millions of people emailed Congress, and the bills were shelved two days later. 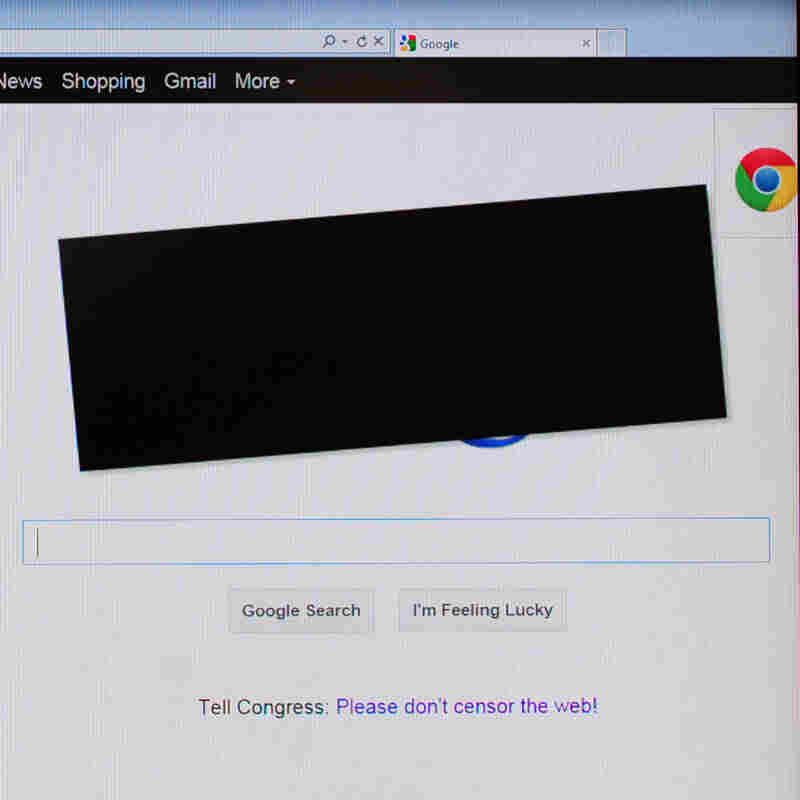 Remember this? On Jan. 18, 2012, Google put a black redaction box over its logo to oppose federal legislation intended to crack down on online piracy. KAREN BLEIER/AFP/Getty Images hide caption 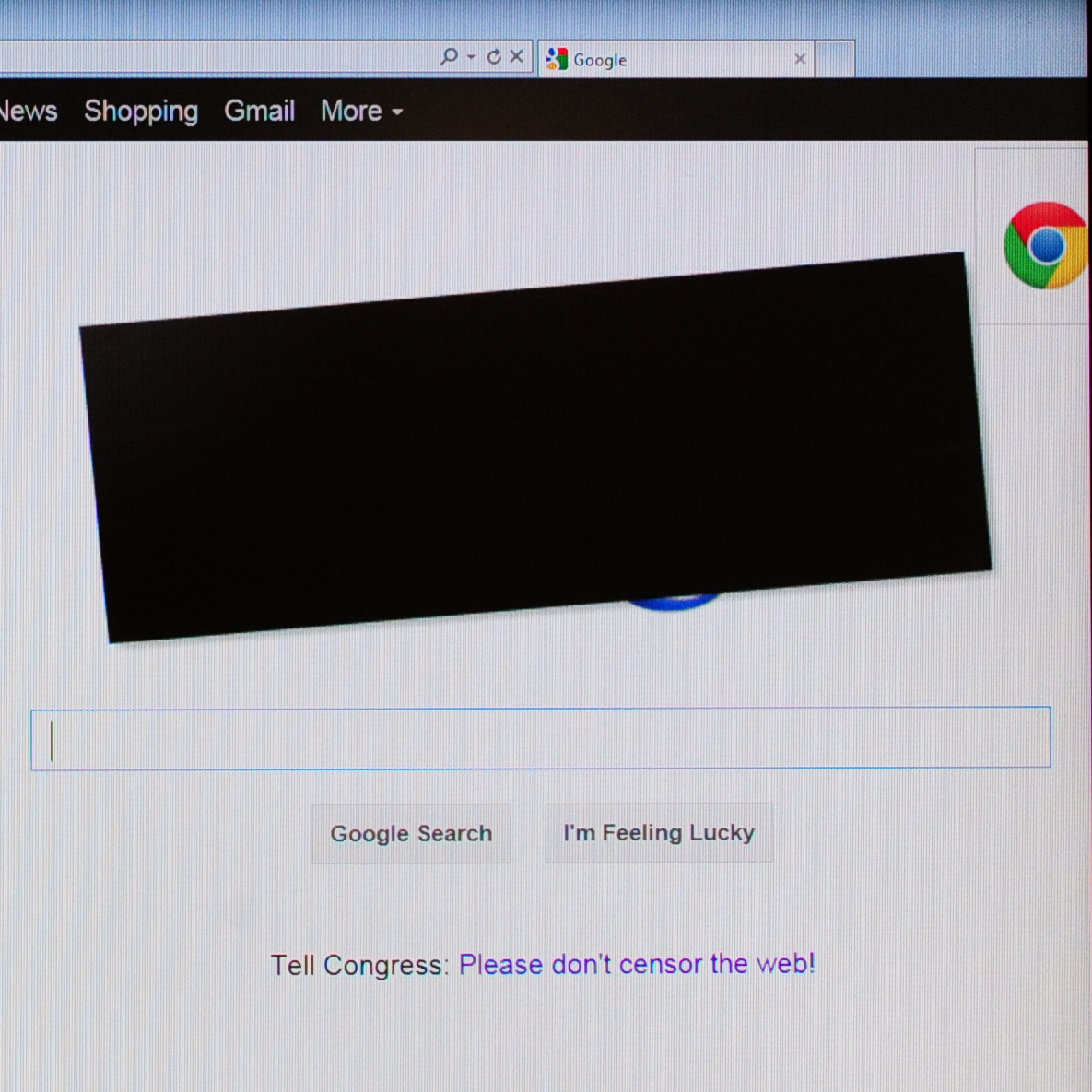 Remember this? On Jan. 18, 2012, Google put a black redaction box over its logo to oppose federal legislation intended to crack down on online piracy.

Tuesday's protest is unlikely to have the same effect. It doesn't have the backing and reach of Internet powerhouses, the way the SOPA strike did. For example, while Google reportedly supports the bill — and sent out an email today about it to a few million users — Google isn't talking about it on its homepage.

And the end result won't be as drastic: Lawmakers aren't voting on this immediately, though it already has significant bipartisan support in the House.

"We're not expecting this to stop a bill that's about to pass, like in the case of SOPA and PIPA," April Glaser of the Electronic Frontier Foundation told NBC Bay Area last week.

But Segal says the organizers hope the protest will show lawmakers "that there's going to be ongoing public pressure until these reforms are instituted."

The USA Freedom Act could end government mass surveillance programs like the NSA's call records collection, the Electronic Frontier Foundation wrote in November. But it also warned that "the NSA has a long history of twisting the language of statutes to argue for surveillance authority."

The bill's two sponsors — Sen. Patrick Leahy, D-Vt., and Rep. Jim Sensenbrenner, R-Wis. — weren't always working alongside open-Internet activists. Leahy authored PIPA, one of the bills at the root of the 2012 protests, and in 2005 Sensenbrenner introduced the USA Patriot Act, which the Freedom Act would amend. Sensenbrenner said last July that he was "extremely troubled" that the FBI had used the Patriot Act to justify collecting phone records in bulk from Verizon.

Feds Can't Enforce Net Neutrality: What This Means For You

The anti-surveillance protest comes amid a number of advances for the open-Internet movement. A few weeks ago, tech companies reached an agreement with the Justice Department to release information, albeit limited, about the number of data requests they received from the government. Several tech giants, including Google and Apple, recently formed a coalition to lobby for government surveillance reform in Washington.

But last month, the U.S. Court of Appeals for the District of Columbia ruled that the federal government could not enforce net neutrality, which opponents say limits open access to the Internet.