Accessibility links
Niche Online Dating Promises A Different Site For Every Preference : All Tech Considered The cyber-dating industry is stretching far beyond its mass-market beginnings, with niche dating sites for every lifestyle or preference. "You name the obscure interest, there's probably a site for it," says online dating expert Dan Slater. 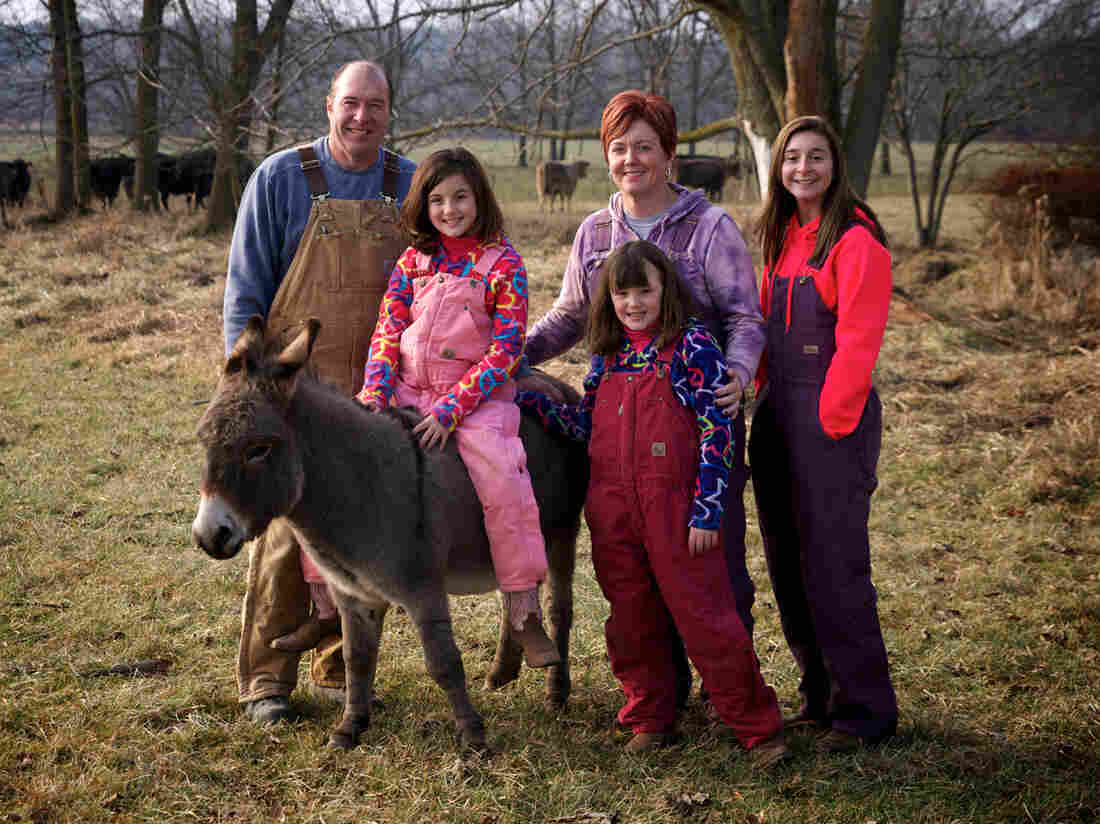 The Sayles family on their farm in Michigan. Julie and Rick Sayles met through the site FarmersOnly.com five years ago. /Courtesy of Iryshe Photography hide caption 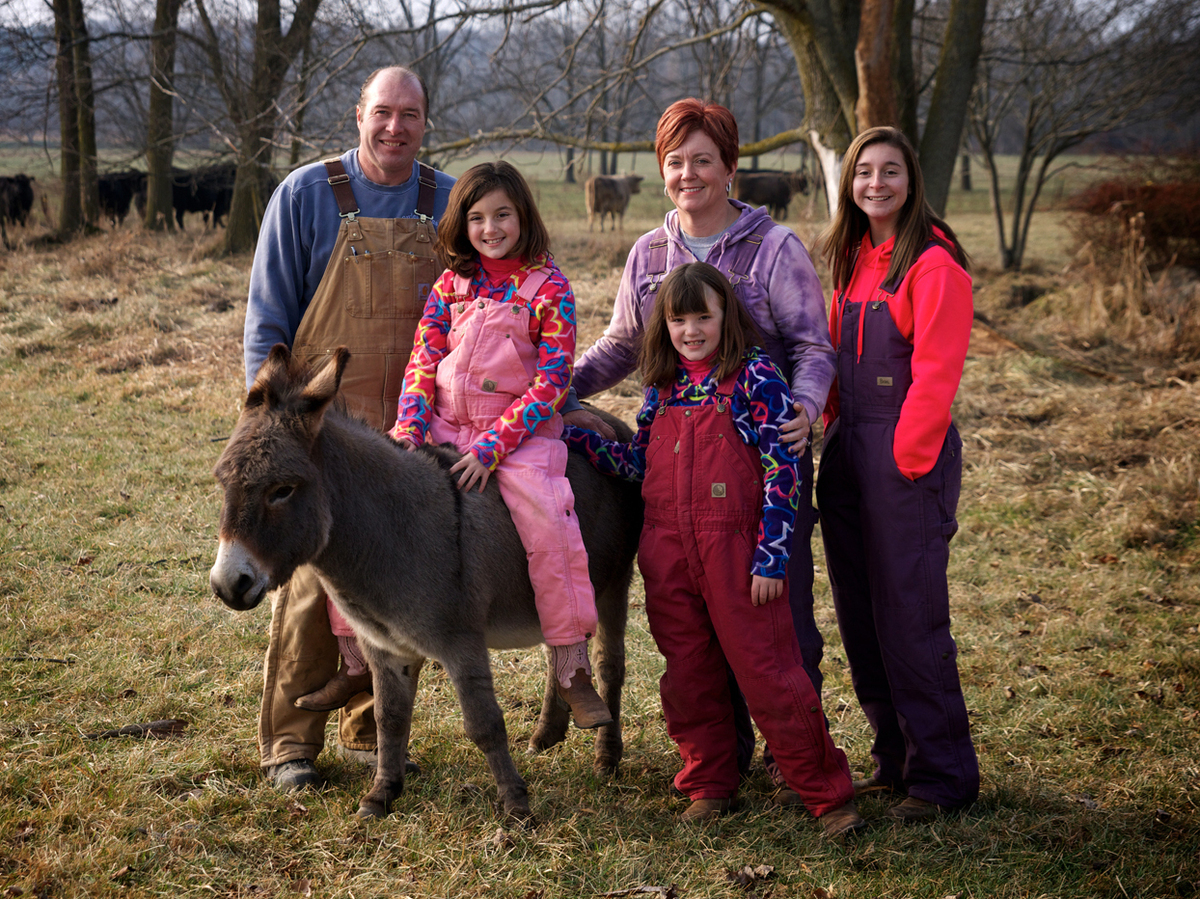 The Sayles family on their farm in Michigan. Julie and Rick Sayles met through the site FarmersOnly.com five years ago.

The numbers show Americans are getting more comfortable with online dating — a recent Pew survey found at least 11 percent of us have tried to find a match on the Internet. And the places to cyberdate are proliferating. No fewer than 1,500 dating sites are available in the U.S. to help singles connect, many for a fee.

But these days, we're not just online dating; we're niche online dating, with specific sites for singles of all stripes.

Religious-based sites like JDate or Christian Mingle were the first to enter our collective consciousness, but there are hundreds of other communities to choose from: GothicMatch.com for goth lovers, TrekPassions.com for self-proclaimed Trekkies and Vedged.com for people with plant-based diets.

Julie Sayles — who was born and raised on a farm — found her husband, Rick, on a site called FarmersOnly.com during a free trial period. Like Julie, Rick Sayles grew up farming. But unless he's talking about raising hay or cattle, Rick's a quiet guy. So after a failed marriage more than five years ago, he gave online dating a chance.

"As I do remember, he did contact me first," Julie says. "I kept the email, and I still have it to this day."

The two of them say the most important choice they made in finding each other was not how they penned their profiles or listed particular preferences. The key choice was which dating site they signed up for.

Dating Sites Offer Chance At Love — And A Lesson In Economics

Online Dating Is On The Rise (But There Are Still Haters)

Farmers Only touts itself as a niche dating site for farmers, ranchers and "good ol' country folk." The company's slogan is "City folks just don't get it" — a motto that makes a lot of sense, if you ask Julie.

"I think there's a lot to that. A lot to that. Most of our days we're up at the crack of dawn and many days it's late when we get in," she says. "I don't really think I would have met him any other way."

Because niche dating sites narrow down dating pools to sometimes quite specific preferences, they show only people who meet your top priority. For the Sayles, it was a similar farming lifestyle. For others, it might be certain limitations — diet, for example.

"If you name the interest, you name the obscure interest, there's probably a site for it," says Dan Slater, author of Love in the Time of Algorithms, a book tracing the history of online dating.

"The pie, so to speak, has never been so finely sliced," he says. "Niche allows for targeting, so maybe, maybe in that sense it's less random, assuming that that person wouldn't be looking for that offline as well."

But Slater says we did classify ourselves in the days of offline dating, too. Singles would sort themselves by using personal ads in the newspaper or going to specific bars or clubs, like biker bars.

"Now there are kind of these these 'online bars' that make people who are like-minded, people who share special interests, make them feel at home," he says.

For the Sayles to create a home, they merged their lives and farms. Rick became a stepfather to Julie's five daughters from her previous marriage.

Not a bad deal. Julie Sayles found a man she loves and maintained a life she loves, too. A life that will soon mean many, many newborns.

Nearly 80 of the family's cows will give birth this spring.