Accessibility links
Through The Internet, Gay Teens Connected To Larger Community : All Tech Considered Chat rooms and websites offered support for many gay kids growing up in small towns in the 1990s who felt detached from their peers. In the span of 20 years in the same Louisiana town, one teen today has had a very different experience than a woman who grew up there in the '80s.

In the past 20 years, the Internet has significantly changed what it means to grow up as a gay kid in this country.

Before the Web, many gay young people grew up in what seemed to be isolation, particularly those in small towns. But with the advent of online chat rooms and Websites dedicated to gay culture, communities formed, and that demographic began finding new support.

That change can be seen in the experiences of two women who grew up in the same town, two decades apart.

Larry Gross of the University of Southern California's Annenberg School of Communication has been studying gay teens for decades.

"The experience that is so common for people growing up gay in the past is: 'I thought I was the only one,' " he says.

Growing up in Springfield, Ill., in the 1970s, Todd Bentsen never spoke to his high school classmates about being gay.

"Gay people — or people who were thought to be gay — in high school were ridiculed, or worse. So, you know, I kept quiet about it," he says. "I literally did not have contact with people my own age who were gay."

For decades, being a gay kid often meant holding tight to a secret you couldn't share, or having no one to talk to about feelings you might not fully understand. But the Internet, Gross says, allowed gay kids to find each other for the first time.

The Birth Of The Chat Room 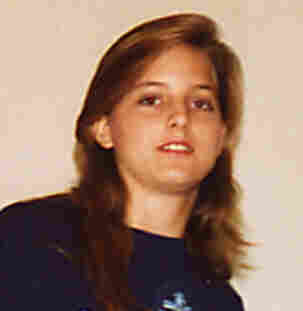 Stephanie Sandifer grew up in the small town of Sulphur, La., in the 1980s. "The only exposure that we had to anyone that might be gay were more of what we perceived as the stereotypes of that," she says.

In her mind at the time, gay men were supposed to be hair dressers, and lesbians were supposed to be gym coaches. These stereotypes didn't fit her reality. She had feelings for girls, but there were almost no real images of gay people in popular culture. And she felt there was no one in Sulphur she could talk to about it.

She didn't come out until college and didn't talk to her parents about it until her mid-20s.

"I still remember the first time I saw those Internet chat rooms on AOL," she says. "I was like, this is really different! And then suddenly we were able to get on the Web and find websites dedicated to the culture."

Mark Elderkin founded Gay.com in the mid-1990s. "We couldn't keep up with the demand," he says, "and we would hit traffic records day after day. So we knew we were on to something."

"They're in their 30s now, these people who came out back then," Elderkin says.

Even today, they find him and thank him. He says the stories he hears are often similar, about how Gay.com helped people come out and feel good about themselves. He also hears about parents who took away their kids' computers for visiting the site.

Before the Web, there was Usenet, listservs and chat rooms.

But the communication wasn't all positive. In the 1990s, there were scares about online predators and moves in Congress to censor the Internet. Some fears were legitimate. Elderkin says Gay.com had special rooms for teens and community monitors to keep kids safe. 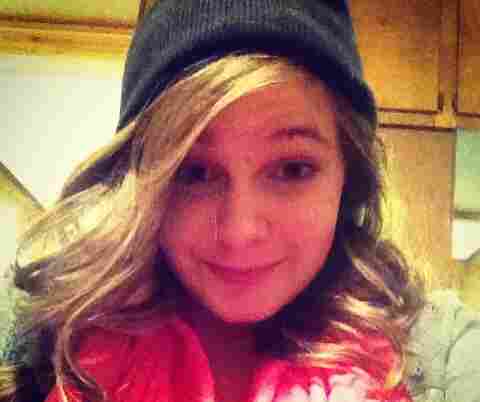 Emily Kitfield, 16, says she's not sure if she would have been able to come out to her parents and community without being able to reach out to others online. Courtesy of Emily Kitfield hide caption

And today, many parents worry more about online bullying than the Internet corrupting their kids.

Sixteen-year-old Emily Kitfield of Sulphur, La., is the kind of kid who uses "sir" by default. This year, the soft-spoken teen came out to her parents and her school.

"I don't think that I could have done it without being able to reach out to other kids and get advice from them," she says, "because it's really hard. I don't think I would have had the courage."

Emily lives in the same Lousiana town where Stephanie Sandifer grew up 25 years ago, but her experience there has been completely different.