Accessibility links
Facebook Gives Users New Options To Identify Gender : All Tech Considered Facebook is rolling out changes to its 159 million members in the U.S. that will allow people to have a wider choice than simply male or female when selecting a gender description on the site. Users can choose from roughly 50 options including Trans Male, Trans Woman or Androgynous. 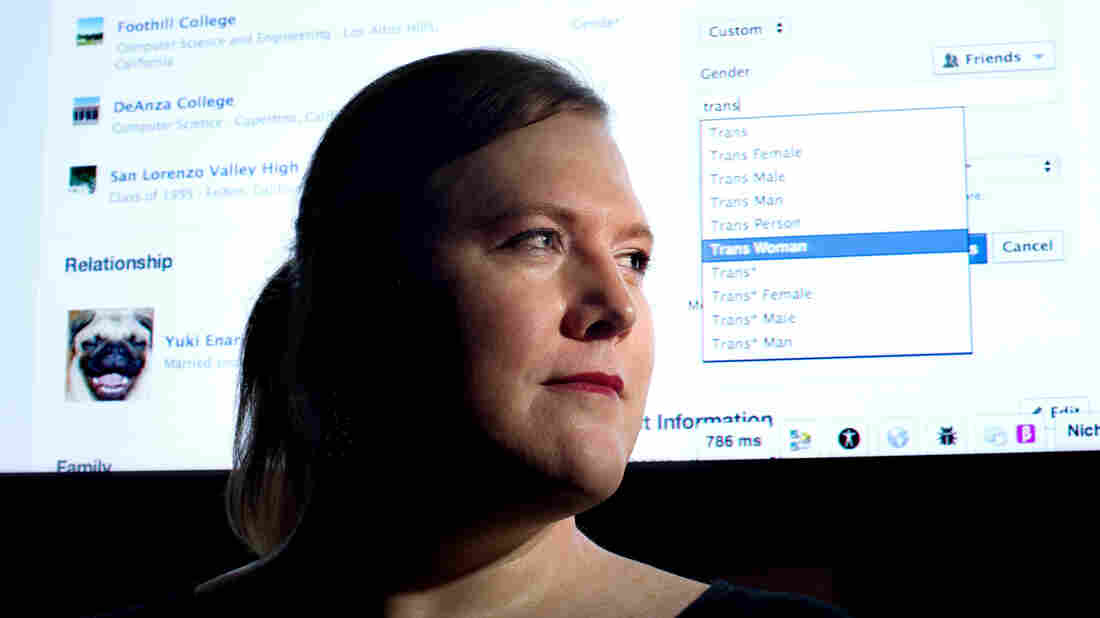 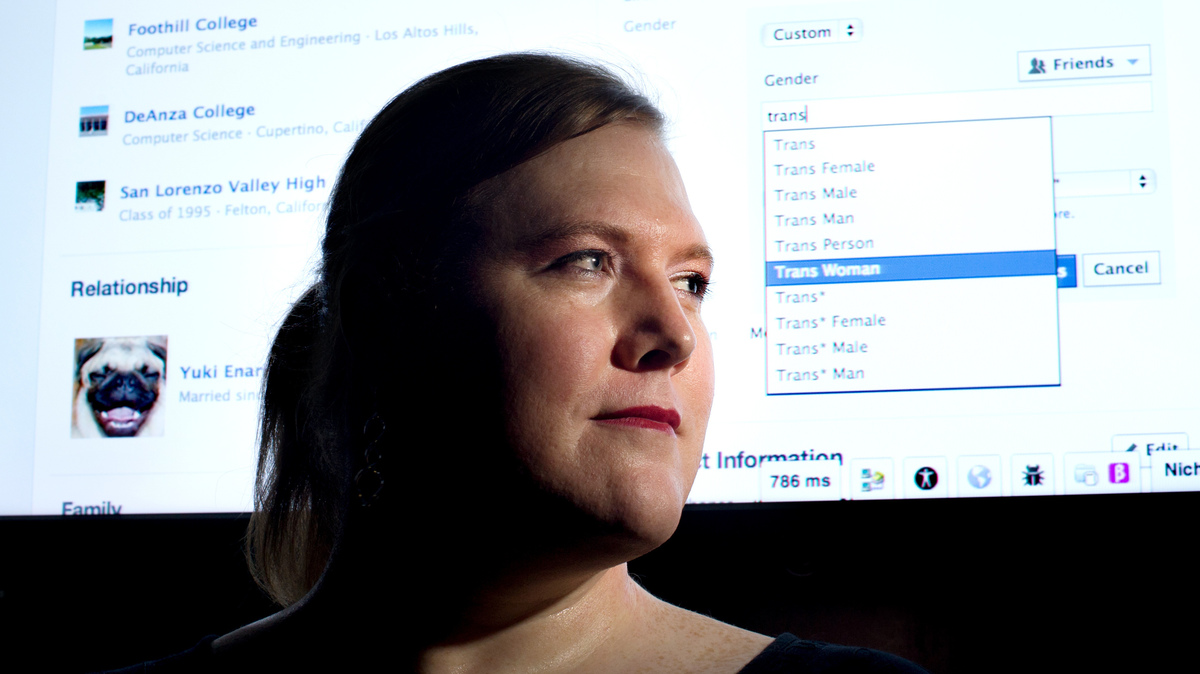 Facebook is rolling out changes to its 159 million members in the U.S. that will allow people to have a wider choice than simply male or female when selecting a gender description on the site.

A third option now appears in the gender field: custom. Users who select that option can then choose from roughly 50 options including Trans Male or Female, Cisgender or Androgynous.

"There's going to be a lot of people for whom this is going to mean nothing, but for the few it does impact, it means the world," Facebook software engineer Brielle Harrison told The Associated Press.

The AP noted Harrison is undergoing gender transformation herself, from male to female and that on Thursday, while overseeing the new software for problems, she said she was also changing her Facebook identity from Female to Trans Woman.

"All too often transgender people like myself and other gender nonconforming people are given this binary option, do you want to be male or female? What is your gender? And it's kind of disheartening because none of those let us tell others who we really are," she told AP. "This really changes that, and for the first time I get to go to the site and specify to all the people I know what my gender is."

Jeff Johnston from the conservative religious group Focus on the Family told the AP that Facebook was entitled to run its service any way it saw fit. "Those petitioning for the change insist that there are an infinite number of genders, but just saying it doesn't make it so," he said. "That said, we have a great deal of compassion for those who reject their biological sex and believe they are the opposite sex."

A UCLA study estimated that that there are roughly 700,000 transgender people living in the U.S., or a less than 0.5 percent of the population.

However, Carl Siciliano, the executive director of the Ali Forney Center for LGBT homeless youth, told NPR's Margot Adler that of the of the nine homeless young people who have been murdered in New York since he ran the center, seven of them were transgender.

"It's just so abundantly clear to me that trans kids face an enormously disproportionate burden of the bigotry and the hostility and the hatred that's directed against the LGBT community," Siciliano said.

In Adler's July story, she reported that many young people on college campus across the country have embraced an effort to change how we talk about gender.

"They are going way beyond transgender. They are arguing for a world beyond the gender binary — beyond male and female. And it's something many people over 30 like myself are totally unaware of," Adler said.

Her story is worth a listen.