Accessibility links
Supersonic Jet Throws Traditional Design 'Out The Window' : All Tech Considered An 18-passenger plane created by a Boston-based company will feature windowless travel. Instead, cameras outside the aircraft will project images onto thin screens, giving passengers panoramic views. 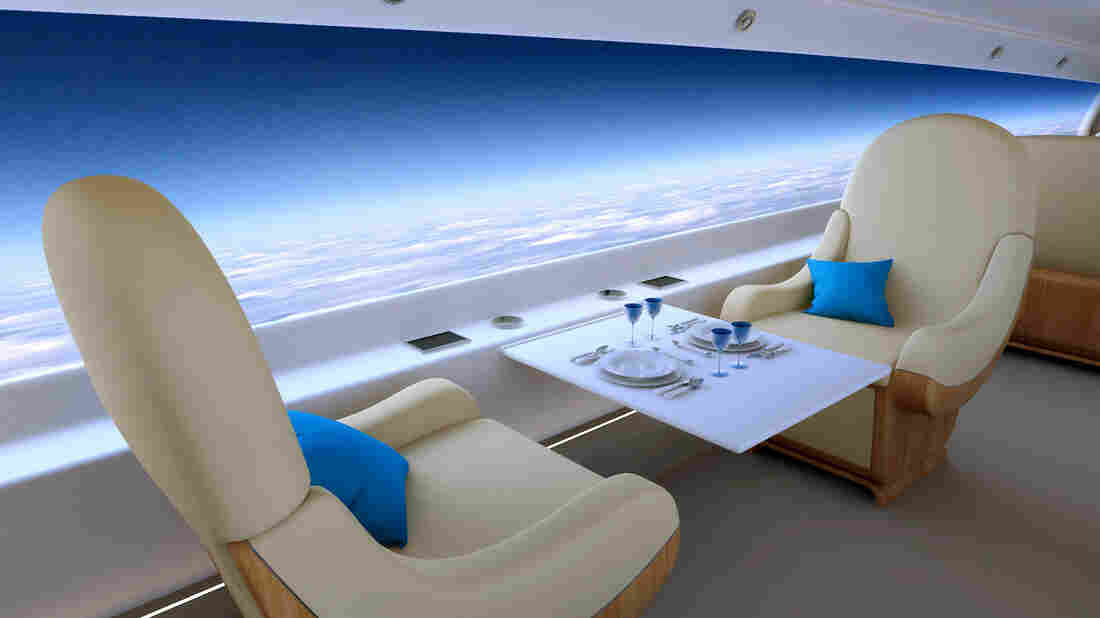 Slim screens embedded into the walls of the aircraft can be dimmed or changed to one of many stored images. Spike Aerospace hide caption 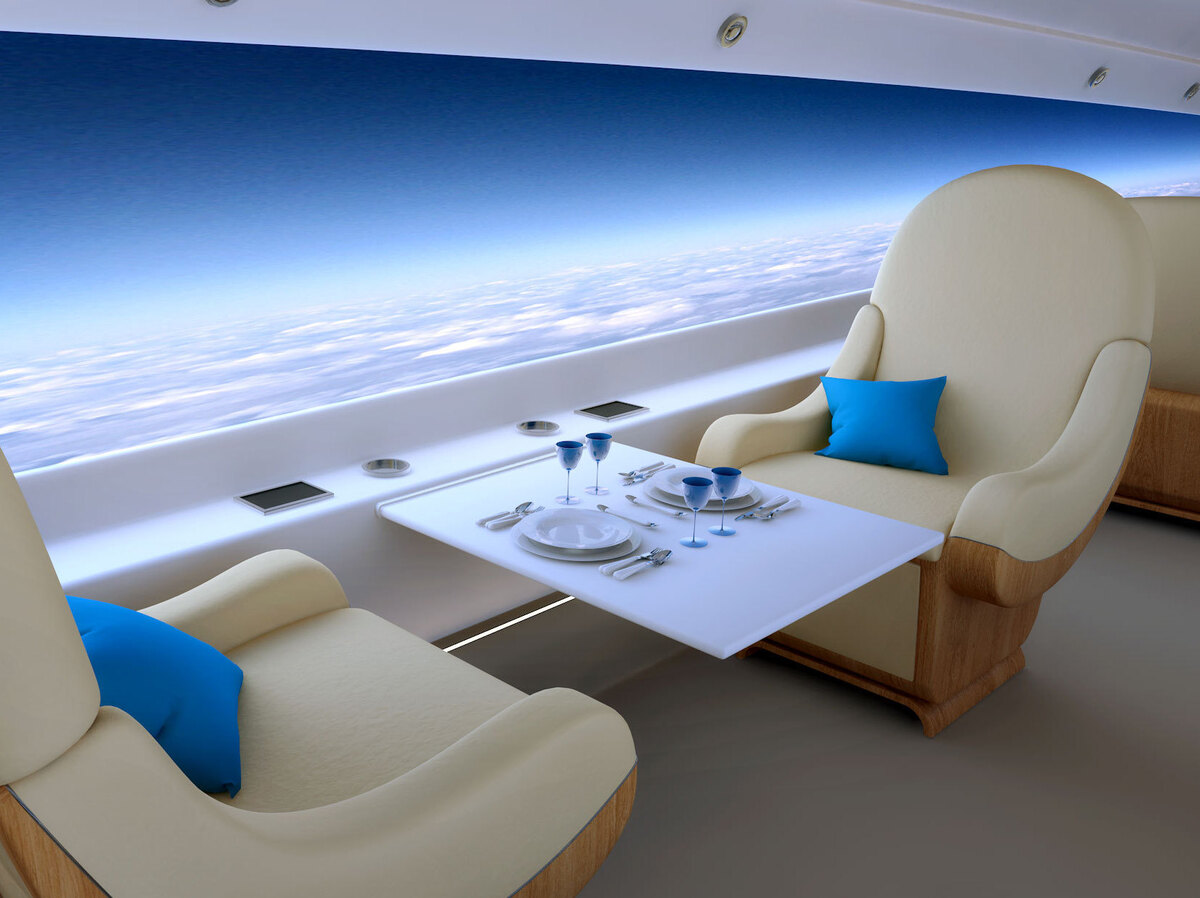 Slim screens embedded into the walls of the aircraft can be dimmed or changed to one of many stored images.

In our Weekly Innovation series, we pick an interesting idea, design or product that you may not have heard of yet. Do you have an innovation to share? Use our form.

The personal jet will allow passengers to reach destinations in half the time. Spike Aerospace hide caption

The personal jet will allow passengers to reach destinations in half the time.

Requesting the window seat on a flight is about to take on a new meaning.

The Boston-based company Spike Aerospace has announced a private supersonic jet with a new design: a windowless cabin.

Instead of the usual views at 35,000 feet, the Spike S-512 will project images from microcameras outside the plane onto screens embedded in the walls. The cameras will be placed around the entire aircraft to create panoramic views.

The company gives multiple reasons for throwing traditional designs "out the window." According to a company blog post, windows present challenges in both design and construction because they require more structural support, which adds more weight. Until now, windowless airplanes were not an option.

Digital screens are not the only technological advance for this jet.

Take speed, for example. The aircraft will fly at 1.6 times the speed of sound. At almost twice the average cruising speed of regular planes, a trip from LA to Tokyo can take as little as eight hours.

The 18-passenger aircraft, which is slated to cost $80 million, is set to hit the skies in December 2018.