Accessibility links
If You Think You're Anonymous Online, Think Again : All Tech Considered In Dragnet Nation, Julia Angwin describes an oppressive blanket of electronic data surveillance. "There's a price you pay for living in the modern world," she says. "You have to share your data." 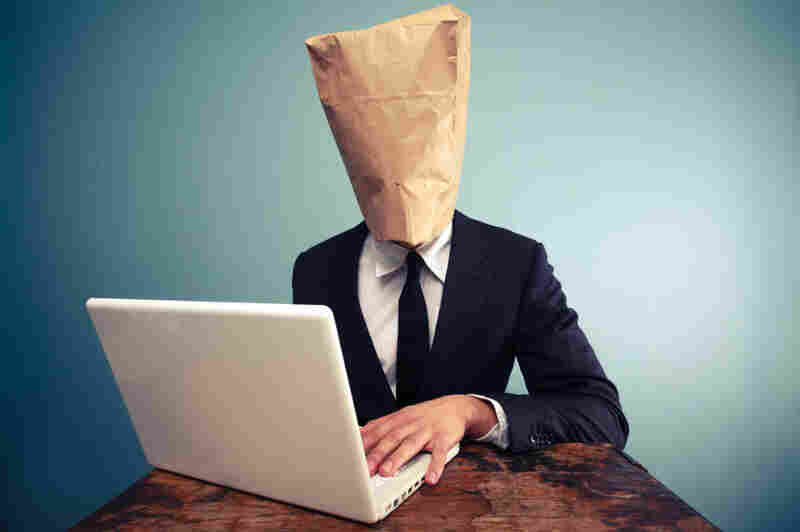 Sure, you can try doing your Internet browsing this way, but we can't promise that it will help you protect your personal data online. iStockphoto hide caption 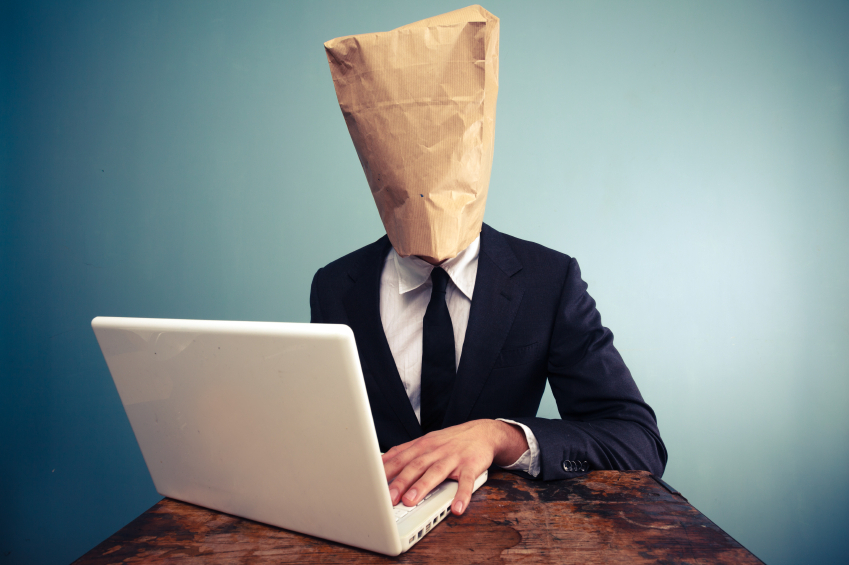 Sure, you can try doing your Internet browsing this way, but we can't promise that it will help you protect your personal data online.

Investigative reporter Julia Angwin was curious what Google knew about her, so she asked the company for her search data. "It turns out I had been doing about 26,000 Google searches a month ... and I was amazed at how revealing they were," she tells Fresh Air's Dave Davies.

From NSA sweeps to commercial services scraping our Web browsing habits, to all kinds of people tracking us through our smartphones, Angwin says we've become a society where indiscriminate data-gathering has become the norm. Angwin has covered online privacy issues for years, and in her new book she describes what she did to try to escape the clutches of data scrapers, even to the point of creating a fake identity.

"I want all the benefits of the information society; all I was trying to do is mitigate some of the risk," she says.

Angwin's book is called Dragnet Nation: A Quest for Privacy, Security and Freedom in a World of Relentless Surveillance. She considers dragnets — which she describes as "indiscriminate" and "vast in scope" — the "most unfair type of surveillance." 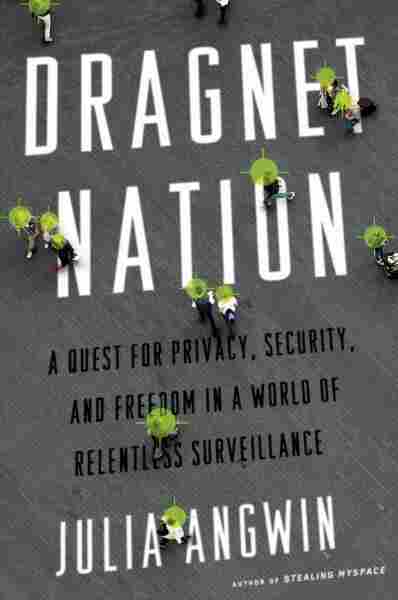 A Quest for Privacy, Security, and Freedom in a World of Relentless Surveillance

Title
Dragnet Nation
Subtitle
A Quest for Privacy, Security, and Freedom in a World of Relentless Surveillance
Author
Julia Angwin

On why "free" Wi-Fi might not really be free

I have a portable Wi-Fi device called a MiFi that I use in coffee shops and hotels and all the places that give you supposedly free Wi-Fi. The truth is, what we're learning in today's world is that nothing is free. If something is supposed to be free, then it really means they're taking your data. So what I've decided: I have to buy my way out of it. ... Privacy is becoming a luxury good.

On the illusion of anonymity on the Internet

A lot of the online tracking was originally justified as being completely anonymous and so we shouldn't worry about it because our names weren't in those databases — it's just cookie number "123456" went to these websites. But there's been a lot of research that shows that basically people's traces and actions are very unique and when you get a large set of data that has all these varied specific actions taken by people, that you can re-identify them. ...

What we're learning is that we can be re-identified and in fact, much of the tracking that's going on is becoming more identified — Facebook, Google, Twitter, they know who you are already, they know your name most likely, and they're tracking you across the Internet. So they also are blurring the line between the anonymous and the non-anonymous tracking.

On what Google knows about your search history

You can ask Google what do they have on you and they do actually provide a pretty comprehensive answer. I was able to see all of the Google searches I have conducted since 2006, which was a lot of Google searches. It turns out that I had been doing about 26,000 Google searches a month. So I could see them by day, I could sort them by type of search — shopping, maps — and I was amazed at how revealing they were. I could reconstruct all the crazy leaps that my mind makes on any given day where one minute I'm working on an article and the next minute I'm suddenly shopping for shoes for my daughter and a minute later I jump onto another topic. It was a little disturbing to see what my mind does. 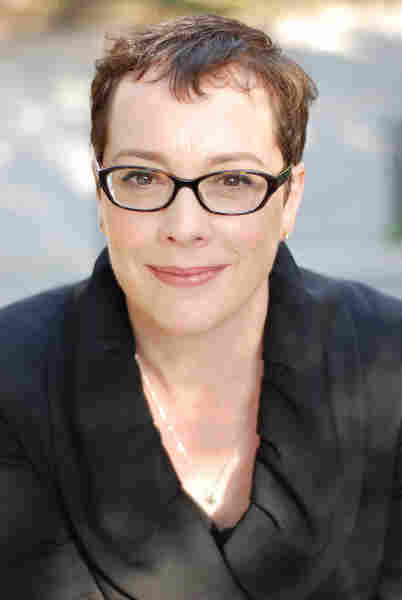 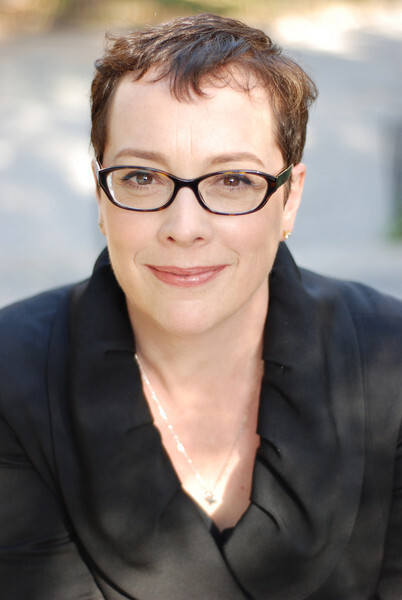 Angwin spent 13 years as a reporter for the Wall Street Journal. She now writes for the independent news organization ProPublica.

Data brokers began by compiling very simple information from the Yellow Pages, the White Pages and government directories. The property records in your state are publicly on file somewhere; the data brokers will go buy it and put it in their dossier. At the same time, your address is usually on file [in] many places with magazines or newspapers you subscribe to. ... Also the post office sells access to its change-of-address list.

What's happening now in the digital era is that they're adding to their files with all sorts of digital information, so they can find out about you, what you're doing online, what you're buying online. ... So now these records that they have are getting much more precise. They're no longer just being used to send you junk mail that you can throw away. Now they're being used online as well to help places figure out who you are as soon as you arrive at their website. They can make an instant assessment by matching your online stuff to some of the online data.

On what data brokers "know"

I found out there are a lot of data brokers out there. It took me almost a month to compile a list, because there's no real list of who they all are, and I was able to identify about 200 or so of them. Of those, very few were willing to let me see my data. It was about a dozen that would let me see my data: some of the bigger brokers, LexisNexis, Axium, and some very small outfits. ...

What was shocking about it was that it ranged from incredibly precise — every single address I'd ever lived at including the number on my dorm room in college, which I couldn't even remember ... to very imprecise, inaccurate things ... that were not at all true — that I was a single mother ... with no college education living in a place I didn't live.

There's a price you pay for living in the modern world. And some of that has to do with — you have to share your data.

We've learned from [Edward] Snowden, for instance, that the NSA is getting data from Google and Facebook and Yahoo and all the big companies that are out there, and in fact, even from things that I wouldn't have thought were worth our time — like information that flows between an app you're playing like Angry Birds and an advertiser that might be trying to advertise within that app. And so we have seen that these commercial databases have so much data and [are] so granular and so enticing to the government that they come in either way.

On her own efforts to secure her data

Read an excerpt of Dragnet Nation