Accessibility links
Thermal Imaging Gets More Common But The Courts Haven't Caught Up : All Tech Considered A new smartphone app will make it easy for you to detect a water leak, spot animals while hunting and more. But the new technology raises a question that the Supreme Court thought it had settled.

Thermal Imaging Gets More Common But The Courts Haven't Caught Up

Thermal Imaging Gets More Common But The Courts Haven't Caught Up 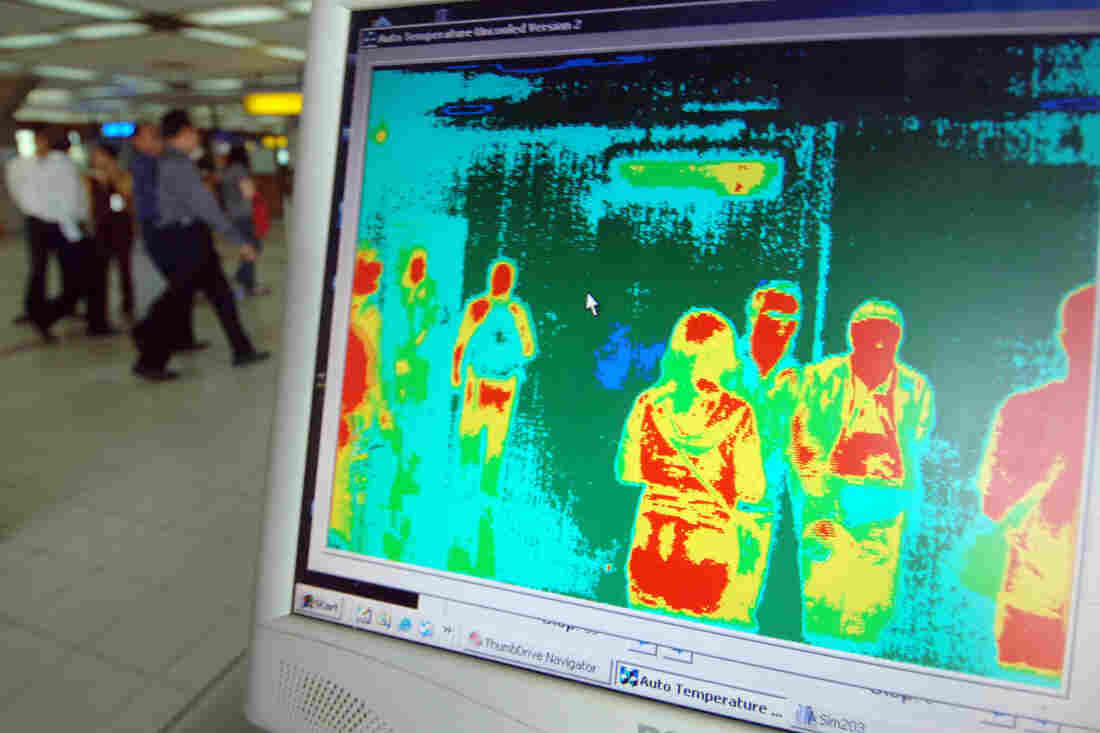 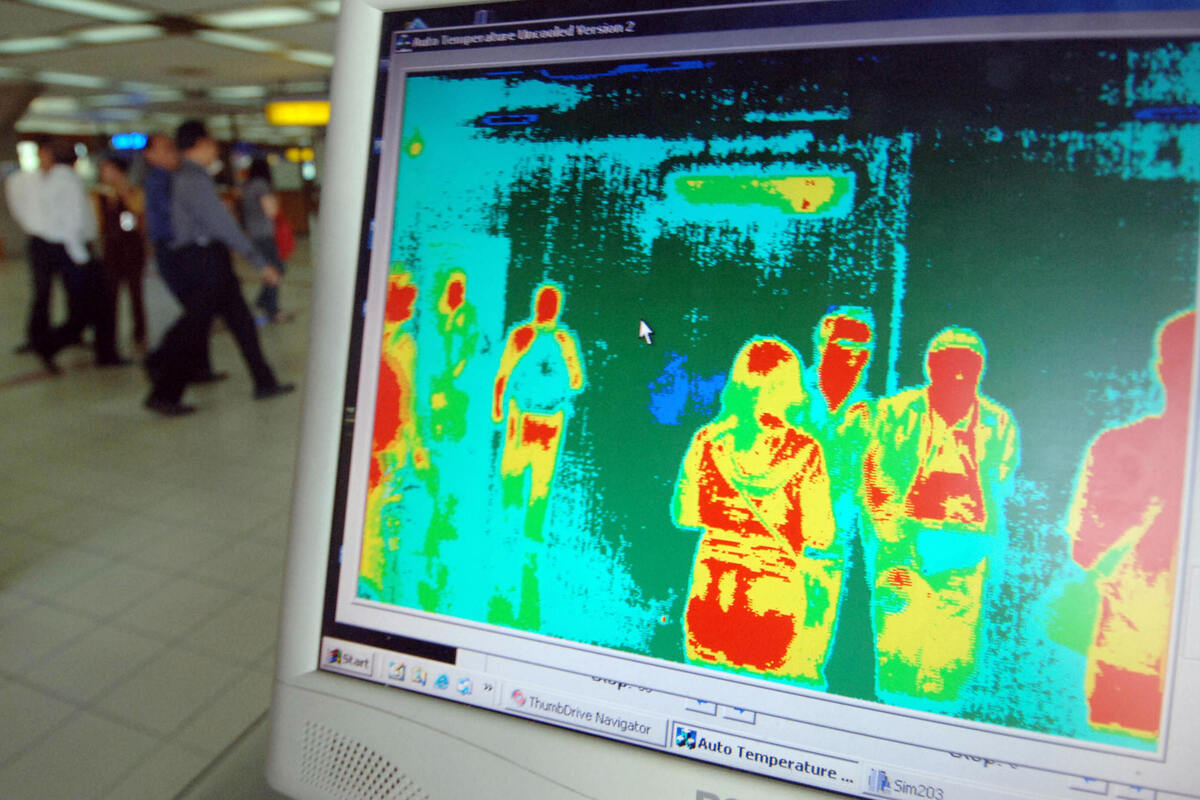 Images from a thermal imaging scanner are pictured on a computer screen at Bali's international airport.

Thermal imaging devices have been available for sale online, relatively cheaply, for at least a couple of years. But now, an iPhone attachment will let you carry a thermal imaging camera in your pocket. FLIR Systems, a specialized camera company, plans to release its thermal camera and app for iPhone for less than $350 this spring.

These devices — which show you the image of what you are looking at but with colors highlighting heat levels from objects — are getting easy to own and use. And that means consumers could use them to spot a water leak in the home, detect an early fever in a child, and even see animals or people moving at a distance through a dark area.

But it also raises an interesting legal question involving the Fourth Amendment protection against unreasonable search and seizure.

In 2001, the Supreme Court held in Kyllo v. United States that police officers violated the Fourth Amendment when they used a thermal imaging device to detect marijuana plants growing inside a home. "Where ... the government uses a device that is not in general public use, to explore details of the home that would previously have been unknowable without physical intrusion, the surveillance is a Fourth Amendment 'search' and is presumptively unreasonable without a warrant," wrote Justice Antonin Scalia. 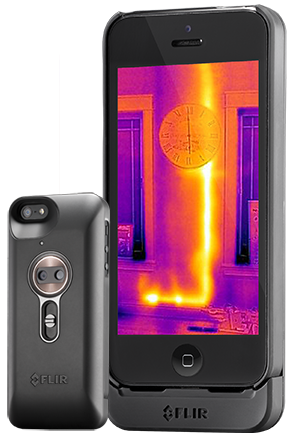 To make his point, Scalia added that the device can tell you things that the average person would not be able to tell standing outside the house. "[F]or example, [the device can reveal] at what hour each night the lady of the house takes her daily sauna and bath," he wrote.

In Florence, Ore., police officers suspected Danny Kyllo of growing marijuana inside his home using high-intensity heat lamps. The officers used a thermal imager to scan Kyllo's house from a vehicle across the street. The scan showed heat emanating from the garage at higher levels than the rest of Kyllo's house and his neighbors' homes. A judge relied in part on the scan to grant a warrant to search Kyllo's home for marijuana, which he was in fact growing. Kyllo challenged the thermal image search that was conducted before the officers got a warrant — and won.

But technology often changes faster than the law, and now thermal imaging technology is available at our fingertips. How will the availability of these devices affect police, who under current law are barred from using thermal imaging without a warrant? The 2001 decision came at a time when these heat detectors were not "in general public use" — but what now?

Georgetown University law professor David Cole says the key here is not the availability of such a device and app but how people use it. He said the app will not change our expectation of privacy until ordinary people use it in a way similar to the police search in Kyllo.

"If people downloaded the app, and started walking around using it to determine whether heat was coming out of homes in suspicious ways then at some point if that became a common practice it would no longer be reasonable to expect that you have privacy with respect to that information," Cole says. The likelihood of that happening, he said, is small.

If a case identical to Kyllo were to work its way up to the Supreme Court today, the justices would at least have to grapple with a technology that is certainly much more accessible to the general public than it was in 2001.

The development of the thermal imaging camera attachment and app raises the question of the vitality of the "general public use" standard in a time of fast-changing technological innovation. And the bigger issue, of course, is how much the government can electronically surveil its citizens.

Supreme Court To Decide If Warrant Needed To Search Cellphone

In a more recent case in 2012, U.S. v. Jones, the high court held that attaching a GPS tracking device to a vehicle and using that device to monitor the vehicle's movements in public streets was a "search" for purposes of the Fourth Amendment because officers had to physically intrude on the vehicle to place the device. (Breaking Bad fans, it's like the one that Hank Schrader tried to place on Walter White's vehicle.)

The court agreed unanimously on the end result, but it is tough to count five votes for any one rationale because no one has figured out yet how to deal with, as Justice Sonia Sotomayor put it, "novel models of surveillance that do not depend upon a physical invasion on property."

The two cases highlight the ongoing issue of reconciling technological advancements with Fourth Amendment protections. The release of the app reintroduces questions about how our Fourth Amendment rights will continue to be protected — or not — as technology advances rapidly.