Accessibility links
A Smartphone That Tries To Slip You Off The Grid : All Tech Considered The Android-based Blackphone, set to hit the market this summer, will help answer the question of whether consumers are willing to pay for privacy. 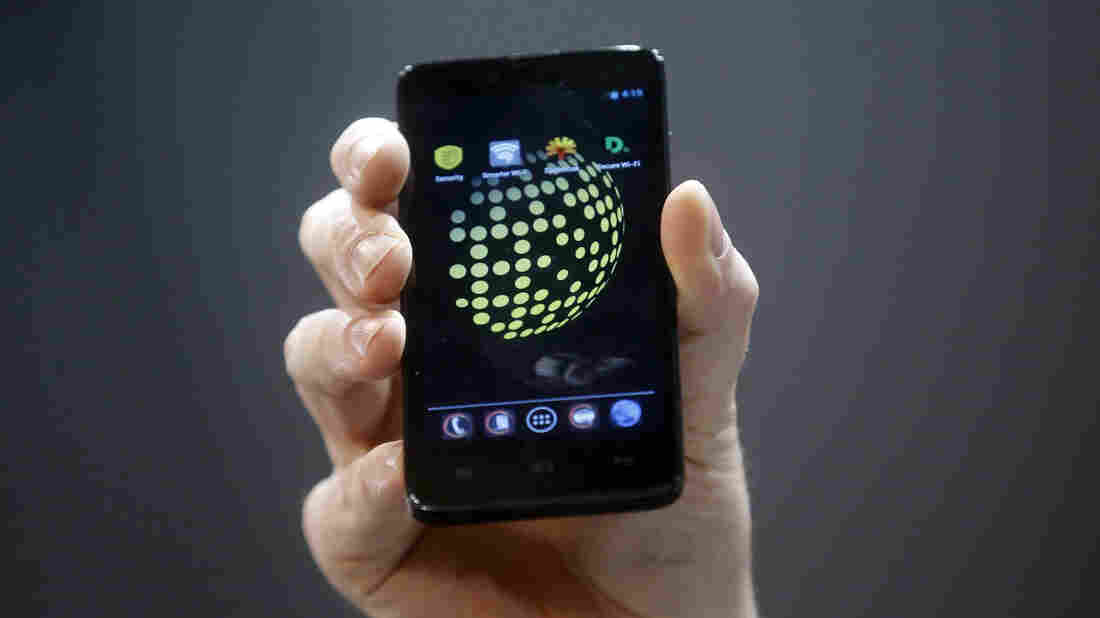 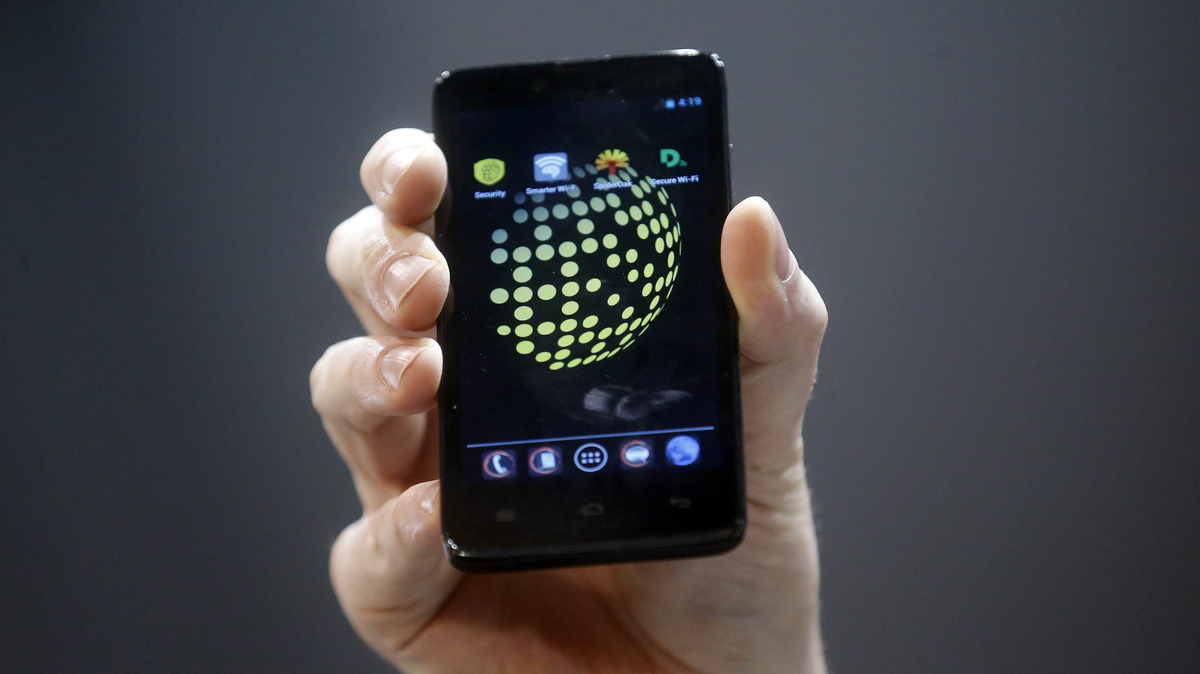 Mike Janke used to be a Navy SEAL sniper. These days he's taking on the government and corporate America. He's the founder of Blackphone, an Android-based smartphone with privacy as its main selling point.

It's not NSA-proof — in that everything is hackable if you try hard enough. But Janke says it's taking on the entire mobile economy that lets law enforcement and companies in way too easily.

Take apps that look free but mine your data to earn big dollars. Facebook tries to get your contacts, Google Maps tries to get your geolocation, Pandora gets your music preferences. Blackphone has a default setting: no — unless you proactively choose yes.

Blackphone also rebels against smartphone norms. Say you want to spend Sunday afternoon lost in a coffee shop or a clothing store. You might think you're off the grid, but your phone, using Wi-Fi, is talking to beacons "finding out where you've been, making offerings to you," Janke says. "What Blackphone does, it'll automatically stop that beacon activity, shut off any Wi-Fi pinging to protect you from those type of stalking things."

In addition to hiding identity, Blackphone stores user data in a secure vault in Switzerland — kind of like those no-questions-asked Swiss bank accounts. It sounds like the digital equivalent of wearing sunglasses and a trench coat everywhere. So I ask the obvious follow-up question: Is it mostly for criminals?

Want To Keep Your Messages Private? There's An App For That

Enter The Quiet Zone: Where Cell Service, Wi-Fi Are Banned

"No. Certainly because of the summer of [NSA whistleblower Edward] Snowden, it's about 20 to 25 percent of the world is really the people that are concerned about security, really concerned about their privacy," Janke says.

Boeing is also creating a super-secure smartphone, but it's aimed at defense customers. Most notably, that Android-based phone, similarly called Black, as detailed in an FCC filing earlier this week, would be tamper-proof — any attempts to physically break into it would cause it to self-destruct.

"Any attempt to break open the casing of the device would trigger functions that would delete the data and software contained within the device and make the device inoperable," Boeing said in its filing.

Janke's Blackphone is the first big push to bring military-grade privacy to everyday consumers. Blackphone starts shipping this summer and will sell for $629 — less than the latest iPhone without a wireless contract.

But not all privacy buffs are lining up to buy. I went to the RSA security conference in San Francisco and met with David Duncan, chief marketing officer with anti-spyware company Webroot.

"Webroot is available from the Google Play store for free, and Webroot provides a lot of the security functionality" that's available on a Blackphone, Duncan says.

Many products do help shield smartphones from data-mooching. But Blackphone is unique in that it encrypts text messages and even voice calls between users in the network. Still, Duncan says, that's not such added value. Wireless carriers will still keep records of Internet IP addresses you call from, and when you call out of network, they keep the phone numbers, too.

"That's all been on the public record with my cellular communications provider for many, many years," Duncan says.

Maybe he's a tough sell. So I wandered around and talked to at least 50 people, but most had never heard of Blackphone.