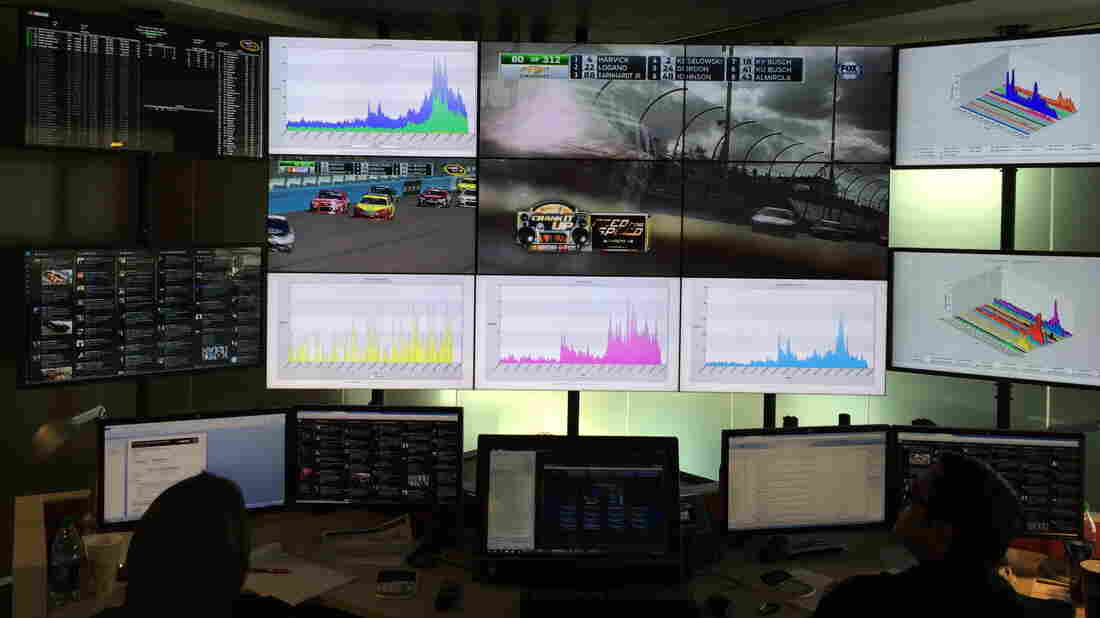 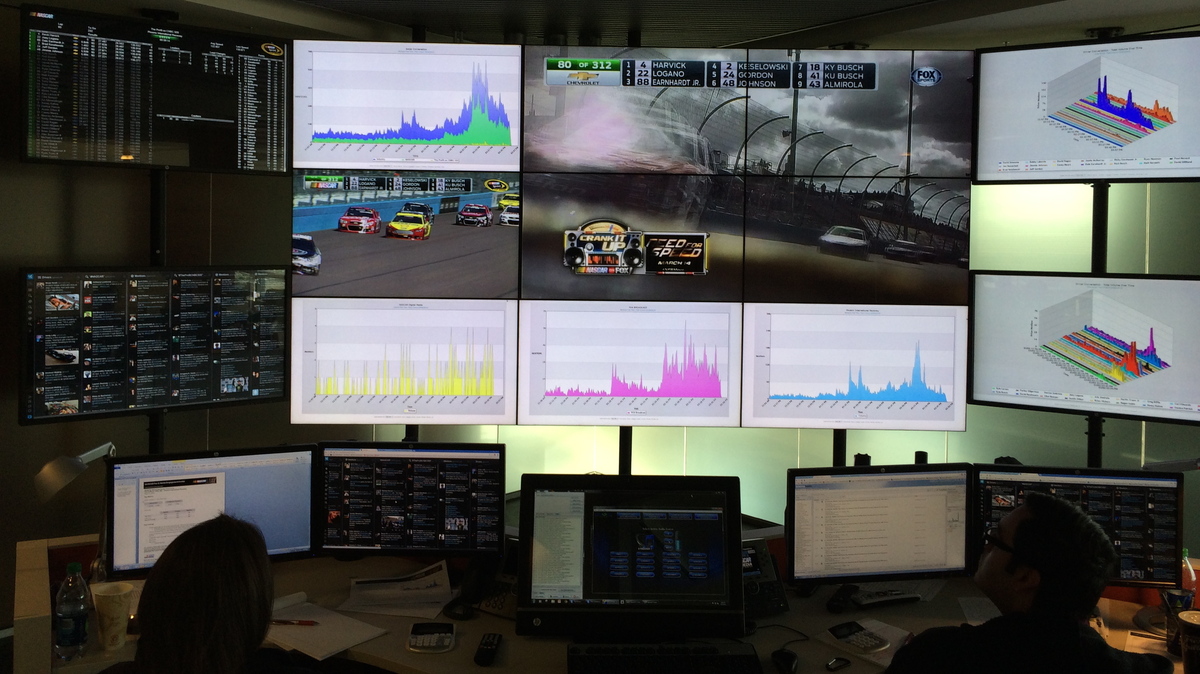 Gone are the days of waiting for angry letters.

Social media allows the NFL, NASCAR and other pro sports leagues to hear from fans in real time. And that feedback has become so important, leagues have built what are essentially social media command centers to monitor trends and engage directly with fans.

It's Winner-Take-All In NASCAR's New Chase

Can NASCAR Steer Itself Back Into Popularity?

The centers have been popping up over the past five years or so. One of the newest is in Charlotte, N.C., at NASCAR's corporate building. Sean Doherty runs what's officially called the Fan and Media Engagement Center, featuring a video wall that he describes as "a matrix of 13 46-inch HD digital displays."

NASCAR's operation opened a year ago. Hewlett-Packard created a data analytics system that allows NASCAR to dissect what people are saying about the sport on social media.

"We can click in and see the chatter that's actually behind each spike," Richter says. "And we will label that later so we can just go back and look and say, OK, this was green flag, and so on and so forth."

The "green flag," which signals the start to a NASCAR race, is often one of the moments that generate an uptick in tweets.

Relive the biggest moments of Bristol with "Sights and Sounds."

"Usually people retweet my response from the @NASCAR account," he says. "I think it's pretty cool because I made someone's day just by typing that out."

And that happy fan keeps the NASCAR conversation going — and glowing. Marketing consultant Peter Shankman calls that public relations at its finest.

"They're actually able to allow the customer to do their PR for them, and that's massive," Shankman says.

It's a big reason every major American professional sport is playing this high-tech game. The NBA has a command center in New Jersey. Major League Baseball has one in New York City, the NHL in Toronto and the NFL in London, New York and Los Angeles.

"We are 24/7/365 understanding what's being said about the NFL — its teams, its players, its coaches, and everything associated to the game of football," says Brian McCarthy, an NFL spokesman.

Helping leagues shape their social media strategies has become a full-time business, too. Eric Fernandez is a consultant who's worked with Major League Soccer, minor league baseball and even the Australian professional cricket league.

"We started seeing the momentum on this business pick up probably about 18 months ago," Fernandez says.

To be sure, there are dangers involved in stepping up your social media game. A league risks putting its foot in its digital mouth, or overselling its sponsors in a way that could turn fans off.

But Fernandez says the benefits outweigh the costs. For example, leagues can take advantage of how their product often lends itself to brief, attention-grabbing highlights they can tweet.

The TV ratings company Nielsen has found that a critical mass of tweets can drive changes in live TV ratings. Melissa Rosenthal Brenner, who runs the NBA's command center, says that can attract new viewers.

"You're on Twitter and you see something interesting trending, and you're like, 'Wait, what is that?' " Brenner says. "And it might point you to watch a particular program. That's a general sense of where the world's going — that [social media] is the new TV Guide for choosing programming."