Accessibility links
Sony Steps Into Virtual Reality With 'Project Morpheus' : All Tech Considered At the annual Game Developers Conference this week in San Francisco, Sony announced a project that will aim to add virtual reality to its PlayStation 4 console. 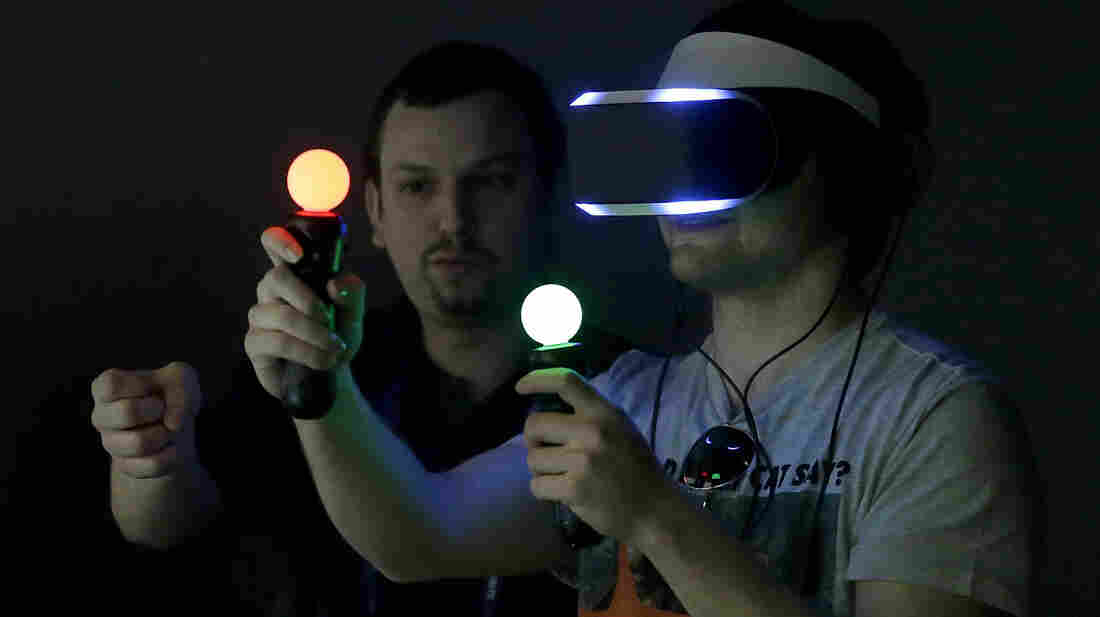 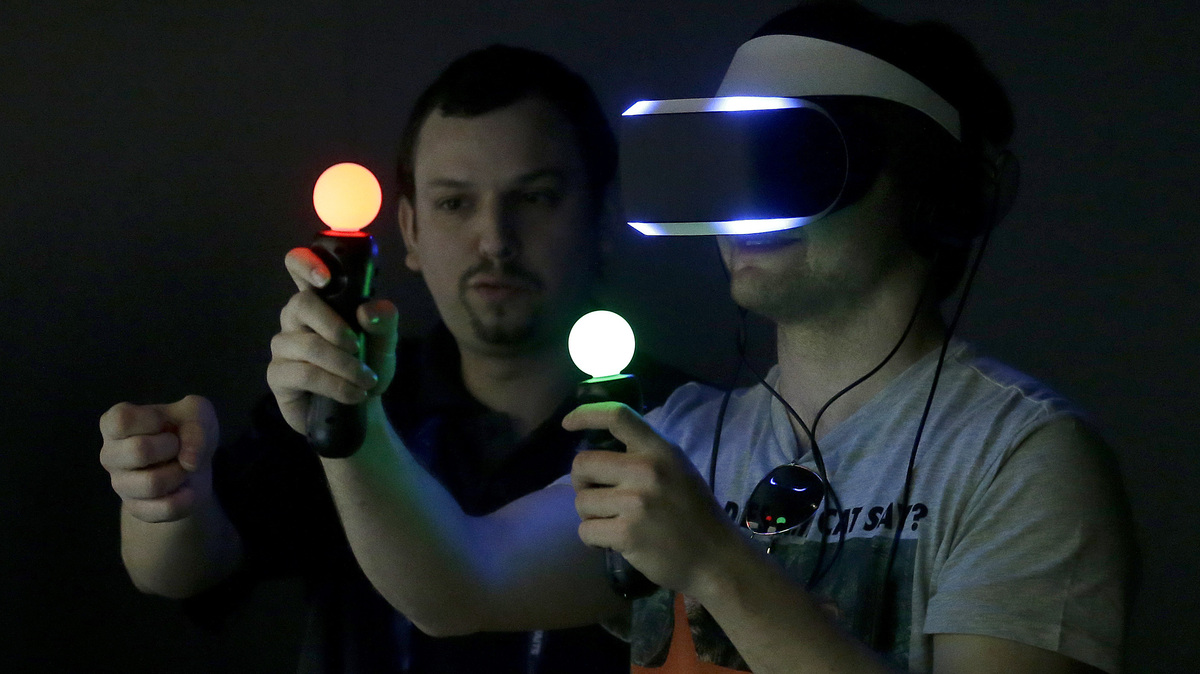 Marcus Ingvarsson (right) tests out the PlayStation 4 virtual reality headset Project Morpheus in a demo area at the Game Developers Conference 2014 in San Francisco on Wednesday.

All this week the video game industry has been gathered in San Francisco for the annual Game Developers Conference. It's where the wizards behind the games — the artists, programmers, writers and the companies they work for — meet to talk, hold panels, pick each other's brains and show off their latest creations.

The conference is also where companies often make big announcements of projects they're developing that showcase new technology. This is exactly what Sony, makers of the PlayStation line of game consoles, did when they announced their virtual reality headset, Project Morpheus.

"The key difference between the two is that the Rift is designed to be plugged into a computer, where Project Morpheus is going to be working for the PlayStation 4," Crecente says.

The project, which consists of futuristic-looking headset with high-definition screens inside, will work in concert with PlayStation Move, the motion-sensing game controllers for the PlayStation console.

On the international developer front, Tencent Holdings, a Chinese holding company whose properties include the makers of the mega popular game League of Legends, said it expects a huge influx of Chinese gamers in the next few years, due to the release of more cheap phone models in China.

"And their expectation is that those mobile gamers will, over time, become people who play PC games and console games," he says.

The Game Developers Conference is also known for talks and lectures on experiments and different aspects of video games, including storytelling. One of Crecente's favorites from this year's series of talks was from Tracy Fullerton, the director of USC's Game Innovation Lab.

The lab's current project: a video game recreation of Henry David Thoreau's experience in 1845 of living at Walden Pond.

"The idea is that players would have to survive eight seasons of living on Walden Pond," he says. "What's neat about it is that the game is tracking all of this and creating a journal. And then what it does is use that journal to write the player's own version of Walden, which I think is fantastic."

The Game Developers Conference runs through Friday in San Francisco.