Accessibility links
Getting Back In The Game: Where Should A Would-Be Gamer Play? : All Tech Considered So you want to play video games. Whether you're returning to the scene or a complete newbie, we're here to help. The first step: choosing a platform to play on. 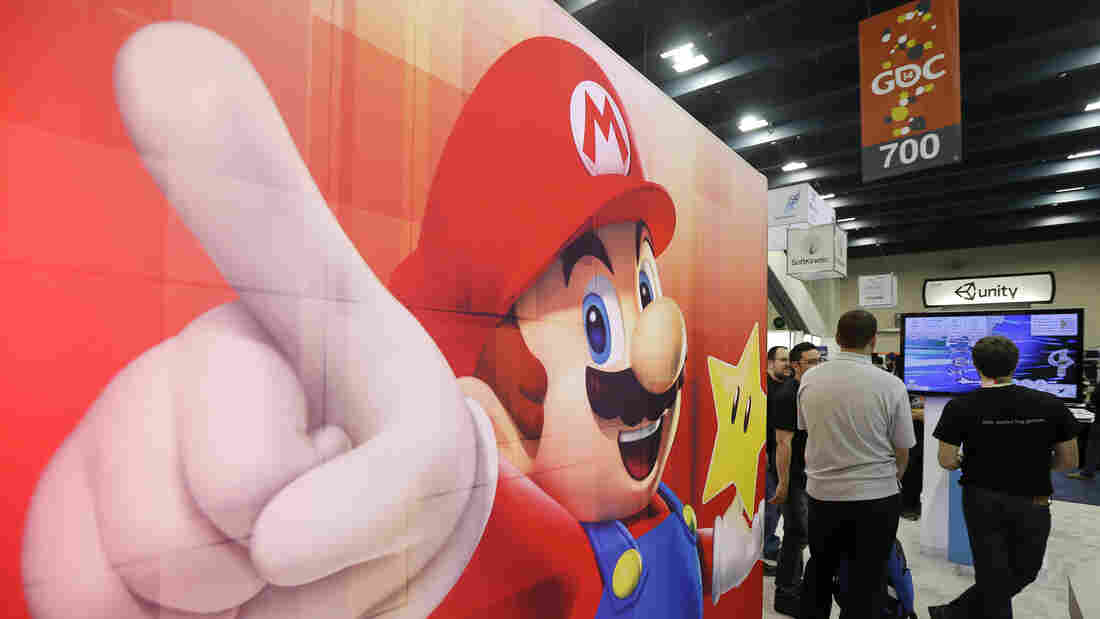 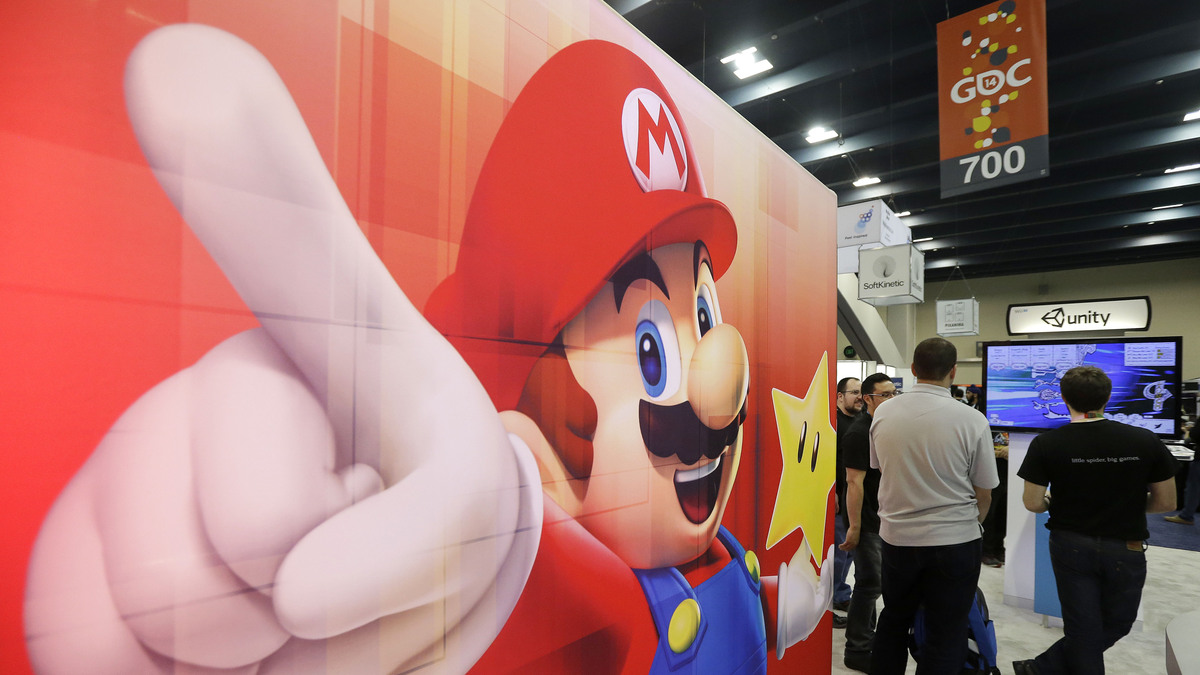 Iconic video game character Mario is shown in the Nintendo booth at the Game Developers Conference 2014 in San Francisco on Wednesday.

This is the first installment of our Getting Back In The Game series, where we're showing you how you can get into the wide world of video games — whether you're new to gaming or a former player who hasn't picked up a controller in a while.

So you want to play video games. People from all walks of life are playing, and what was once a fringe hobby is now a billion-dollar industry.

Perhaps you used to play an Amiga, Atari 2600 or Nintendo Entertainment System. Or maybe you've never been much of a player, but want to experience the adventure, social mobile or multi-player games you keep hearing about. Where do you start?

These days, games are as varied as literature, film and music. There's no wrong place to begin, but the gaming world has become so large and vast, you might want a friendly guide.

We're here to help. Over the next few weeks we'll map out some strategies to help you navigate the great gaming landscape. First up: choosing what system to play games on.

This is generally the toughest choice. It used to be that you either owned a console and played games specifically created for that system, or you played games designed for your high-end gaming PC. That's changed — quite a bit.

Many of today's major games are available on your platform of choice. You're no longer limited to a console or computer either: There are great games to play on just about anything with a screen. All of that can be daunting, of course, which is part of the problem.

One bit of advice would be to keep it simple. Start with what you already have. That most likely means some form of personal computer, be it a Windows PC or a Mac.

The advantage of going the computer route is the huge variety of games available. There really is something for everyone.

The disadvantage is that your system might not be compatible or have the power to run some games smoothly, forcing you to upgrade. Gaming PCs are generally more expensive than a console, too.

The software is free and installs easily on both Windows and Mac. It basically acts as an online storefront, but also handles the installation and management of your library of games.

Steam's catalog of games is massive, and it has a lot of older games that won't require you to update your computer. So if there's a PC game from your youth that you want to play again, there's a good chance it's available on Steam.

Look for bundles and sales, too, where you can snag a bunch of games for a relatively low price. Other places to buy games digitally include GOG.com, the Humble Store and Greenman Gaming. 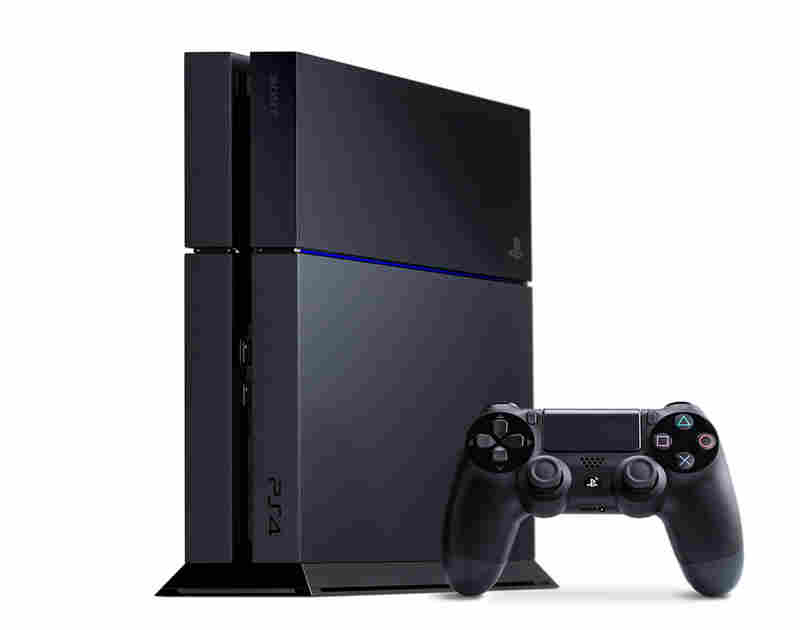 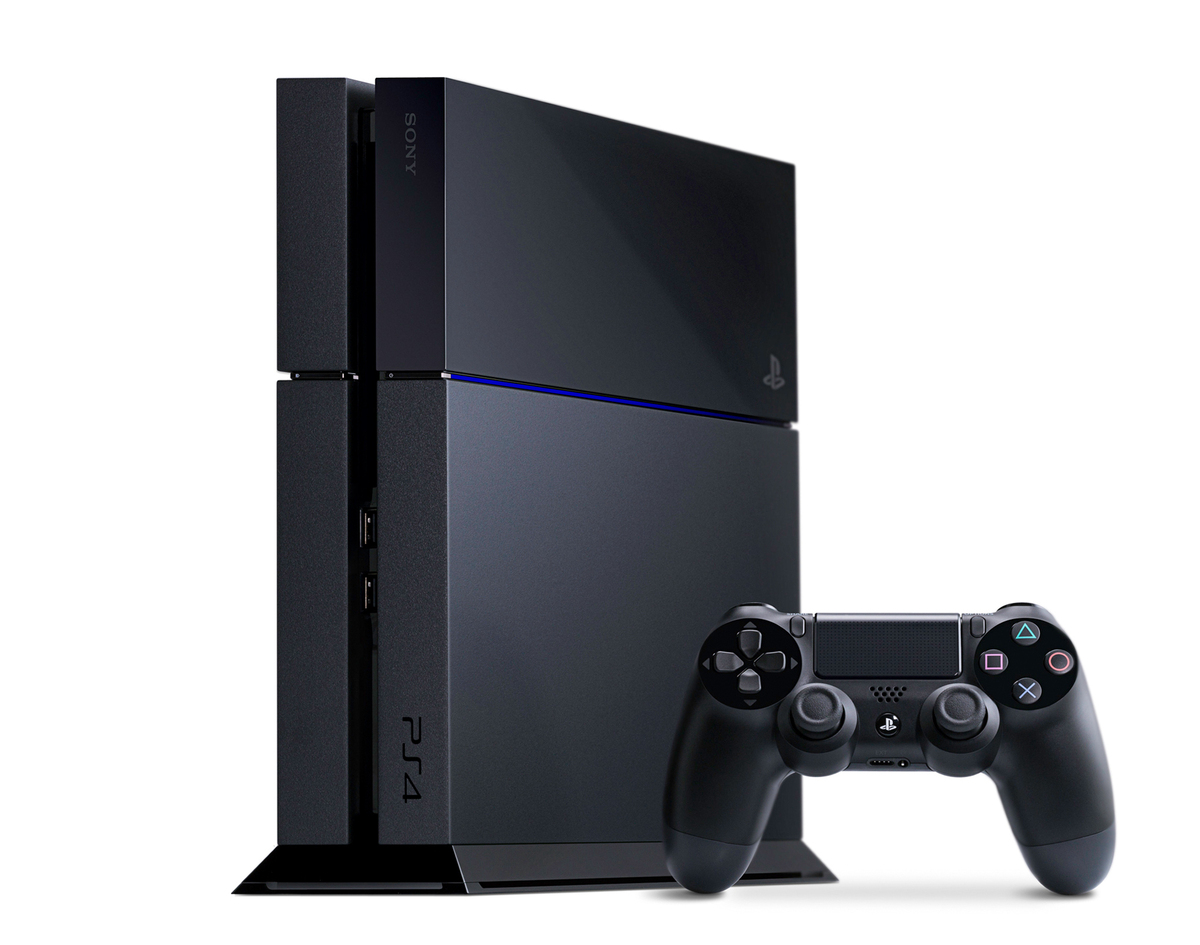 If you want to kick it up a notch and get a beefier gaming rig, look up this PC buying guide, put together by the folks at the video game website Polygon. They do an excellent job of helping to find the right gaming computer for you.

Things get tricky when we get into the console market. All of the big three — Sony (PlayStation), Microsoft (Xbox) and Nintendo (Wii) — have their merits and loyal fans make impassioned arguments for all of them.

The truth is, the differences in specs between the recently released PlayStation 4 and Xbox One are negligible, and only really noticeable to the most hardcore video game enthusiast. 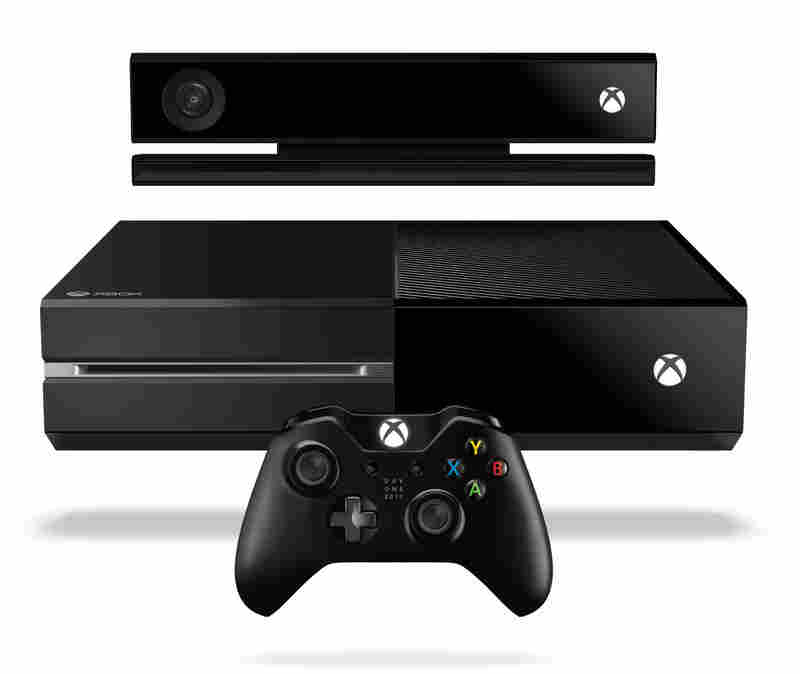 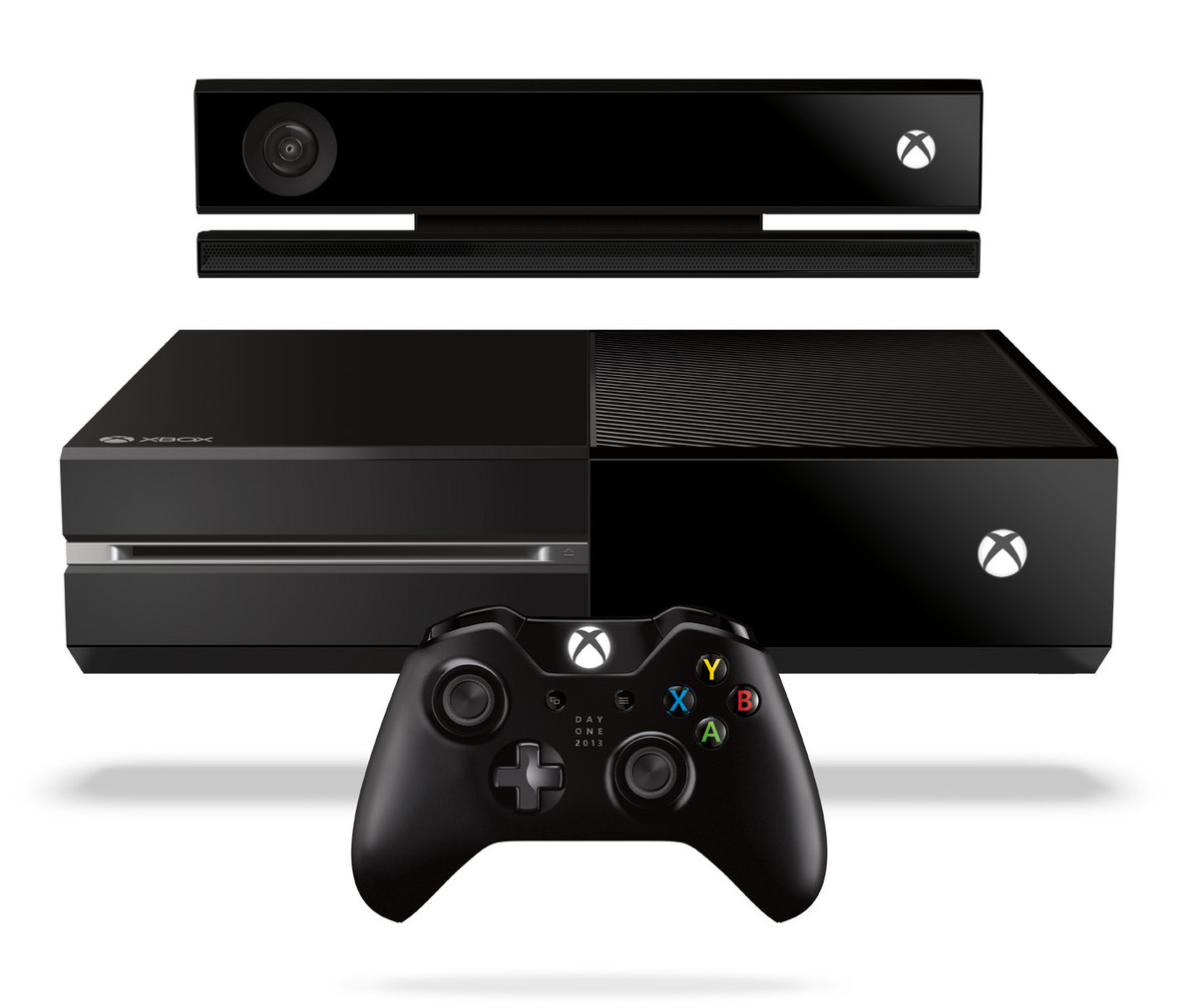 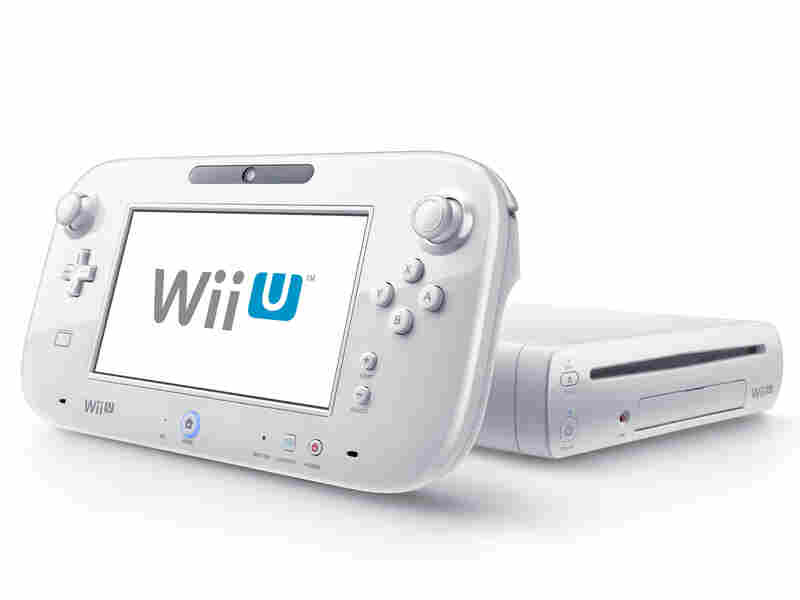 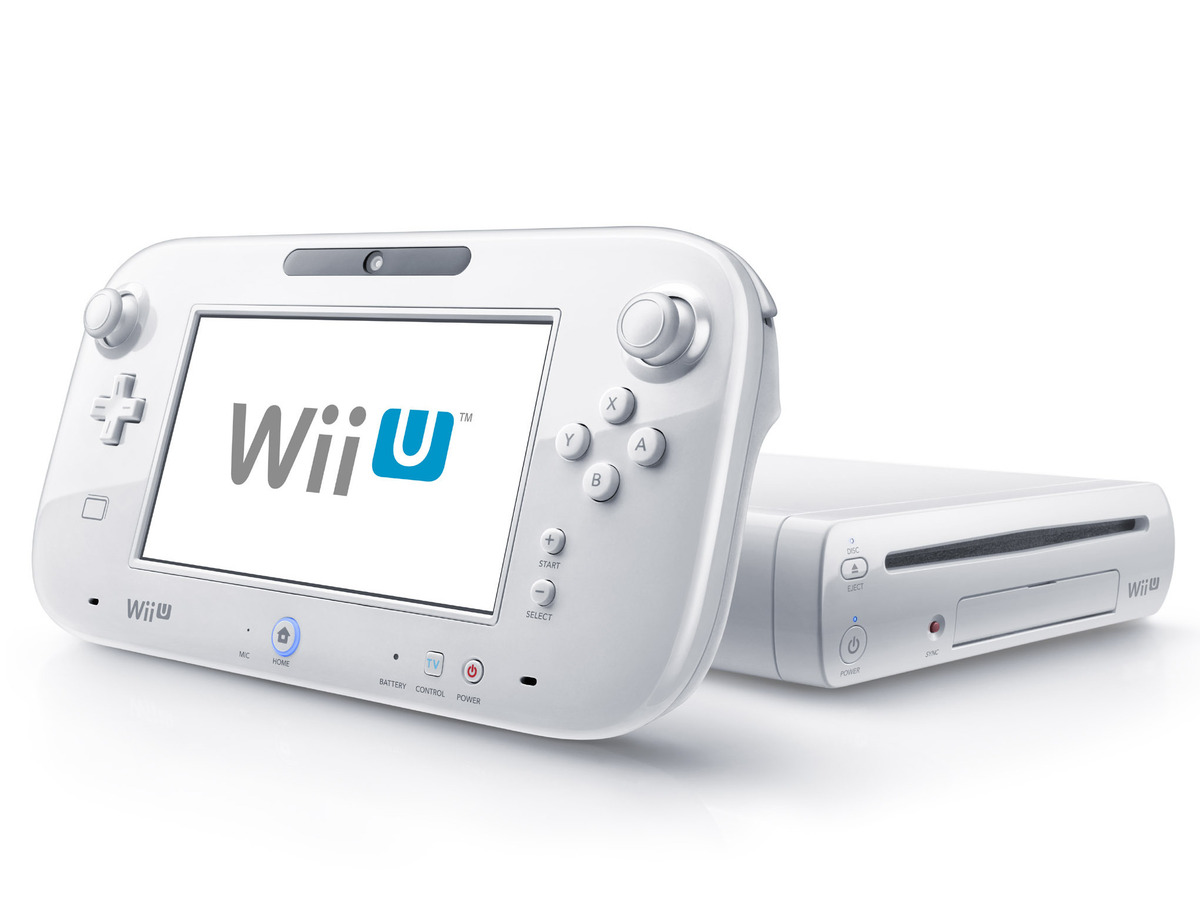 The Nintendo Wii U.

Nintendo's systems — the Wii and Wii U — have been outliers in that they often have less graphical power than Sony and Microsoft. Instead, they focus on their own loyal fans and exclusive properties: Mario, Zelda and Pokemon.

It is also important to remember that consoles are a lot more complicated than they once were. Older consoles were basically plug-and-play: You throw in a cartridge, push the power button and off you go. Consoles today are basically PCs that hook up to your TV. They have a lot of initial setup, often require an Internet connection, and there's usually a lengthy installation process for games (though it's getting better).

The advantage is that a game you buy for a console today will generally always work for that system. And, unlike the PC market, the games actually get better-looking and more advanced as developers learn how to squeeze more out of the hardware (As PC games advance, you generally have to upgrade your system to play them).

Let's assume you aren't ready to leap headfirst into the latest console market and plunk down $300 for the Wii U, $400 for a PS4, or $500 for the Xbox One. Well, with those brand-new systems out there, it's a great time to pick up used or refurbished versions of the previous-generation consoles: Wii, PS3 or Xbox 360. For older systems, there's a huge back catalog of games to choose from, often for very low prices.

Gaming On The Go: Mobile

The mobile gaming space is probably the fastest growing and most accessible place to play video games right now. In addition to the two dedicated mobile gaming systems — the Nintendo 3DS and PlayStation Vita — the variety of games available on mobile app stores is growing rapidly. 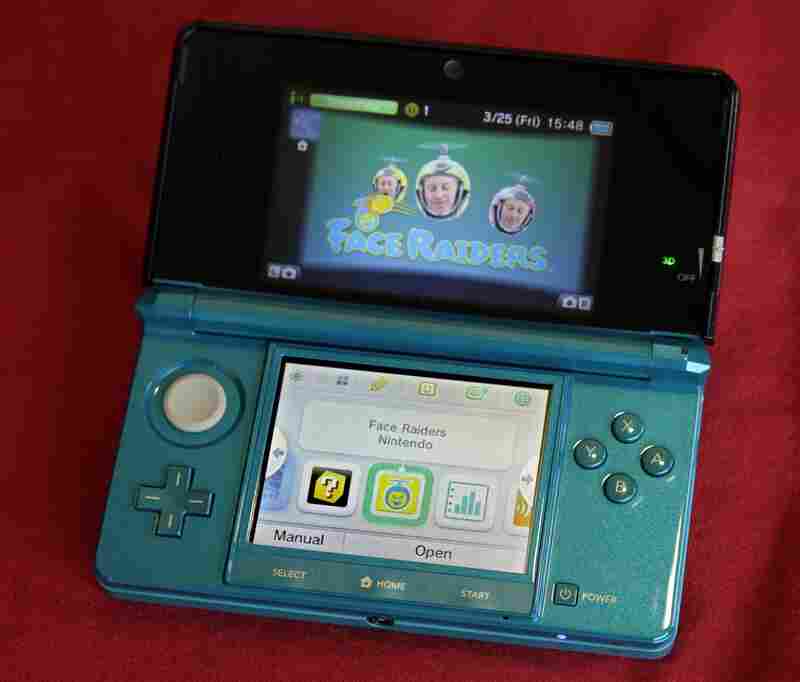 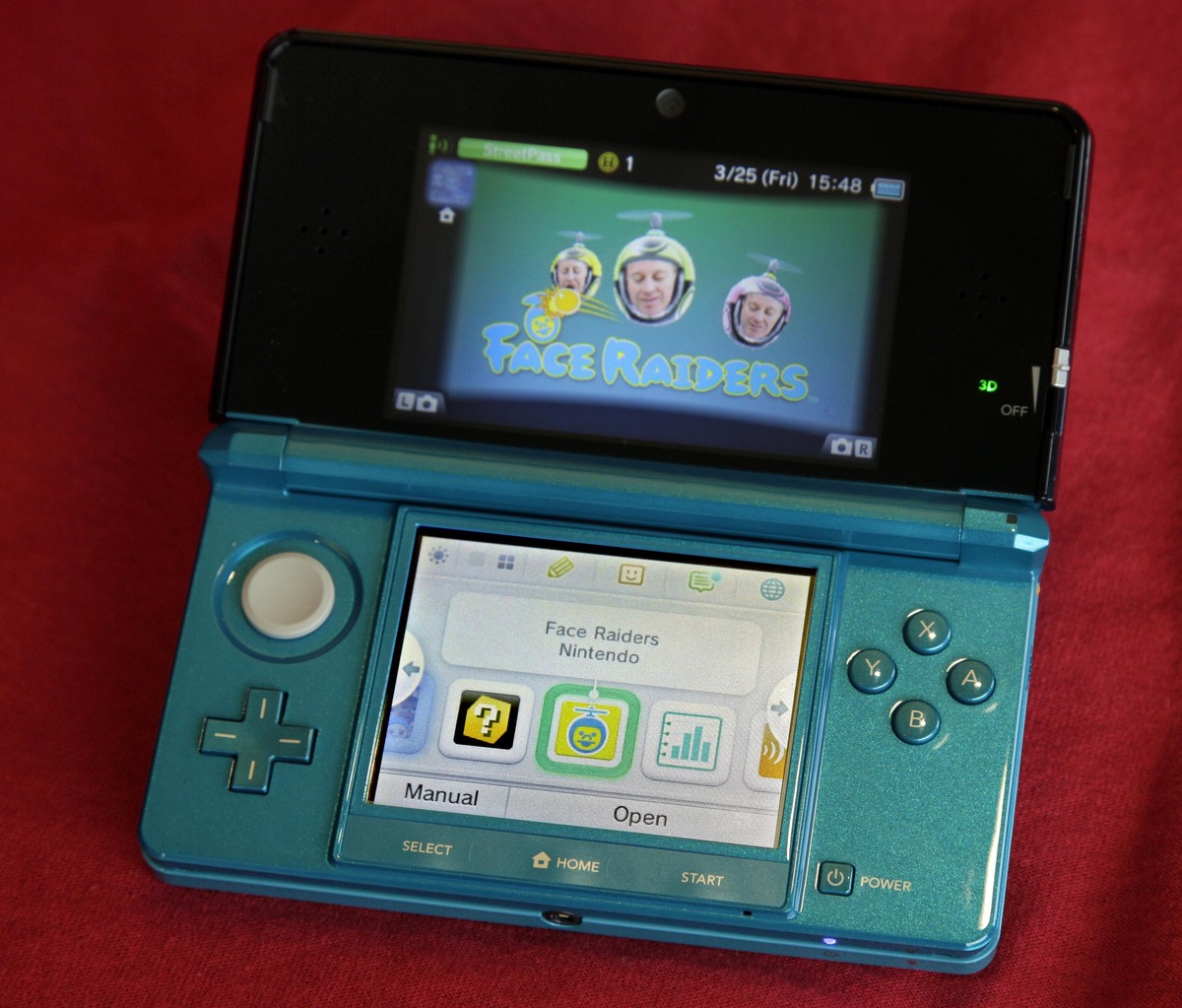 Nintendo 3DS
The 3DS is currently the top dog when it comes to mobile gaming. This handheld console has a huge library and is heavily supported since it's such a major seller for Nintendo. That's important because if you invest in it now, there will likely be new games developed for it for some time to come. And if history is any indicator, if and when Nintendo makes a new mobile system, it will likely play 3DS games as well, the way the 3DS plays the older DS games.

You can also opt for the slightly larger 3DS XL, or opt for the cheaper 2DS variant, which plays the same games but loses the 3-D and is shaped more like a tablet. Notable titles include Animal Crossing: New Leaf; The Legend of Zelda: A Link Between Worlds; Pokemon X & Y; and Super Mario 3D Land. 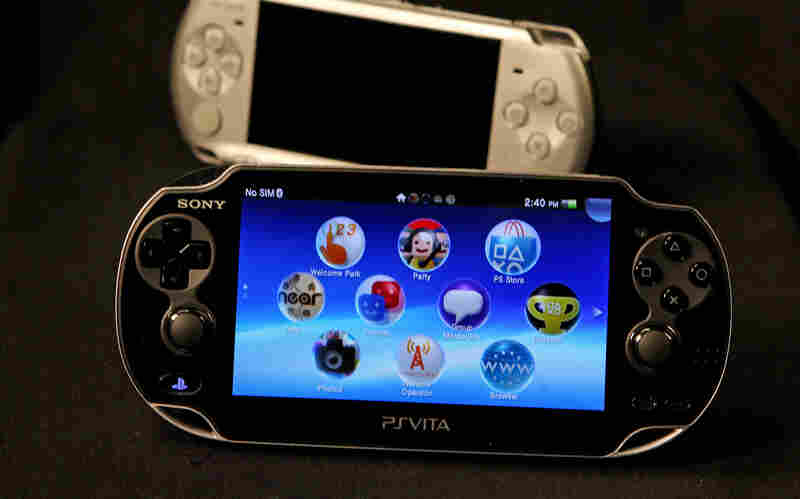 The Playstation Vita and its predecessor the PSP (in the background). Reed Saxon/AP hide caption 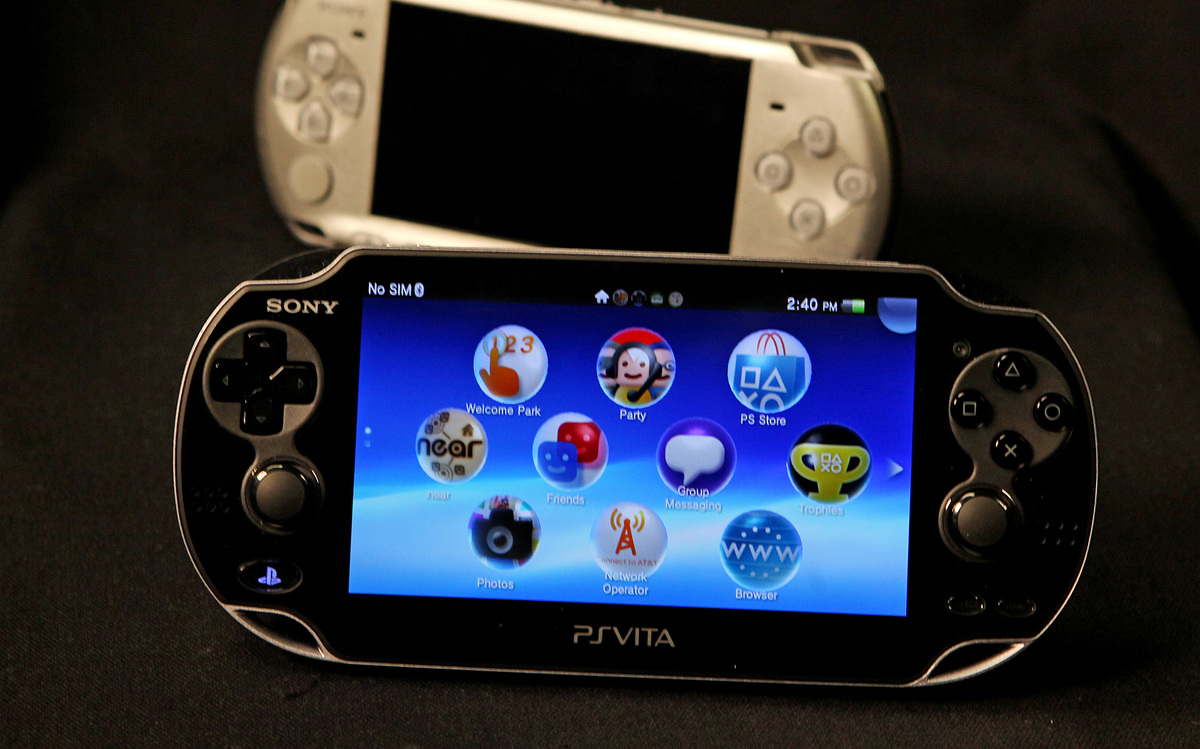 The Playstation Vita and its predecessor the PSP (in the background).

PlayStation Vita
Sony's portable system really is an amazing piece of technology for a handheld system, but it has never really taken off like the 3DS. The games look great and there have been some great titles, but support for it has been slowing. However, if you are a Sony loyalist, there is still some merit to the system as it can also interact with the PS4 and act as a second screen. Notable titles include Tearaway; LittleBigPlanet Vita; Spelunky; and Uncharted: Golden Abyss.

Tablets And Phones
There are a wealth of mobile games that are available on mobile devices running iOS or Android operating systems. Most people would say that these fall into the "casual game" category, but there are games in this space that have as much depth as their console counterparts.

The great thing about mobile gaming is accessibility. Right now you could download and play something as amazing as The Walking Dead in just a few minutes on just about anything with a screen. Check out the top 10 lists (both free and paid) of your mobile device's app store and see if anything strikes your fancy.

The thing to be aware of that is prevalent on mobile platforms are the supposed "free-to-play" games. Many are free to download and play, but often charge you to continue after dying or for unnecessary vanity items. Notable mobile games include The Walking Dead (iOS, Kindle Fire HDX); Threes (iOS, Android); République (iOS); Ridiculous Fishing (iOS, Android); Angry Birds (iOS, Android, Blackberry); Minecraft Pocket Edition (iOS, Android).

So Go Get Your Game On!

There you have it, a basic rundown of what platforms will get you back into the gaming world. This breakdown is by no means comprehensive, so if there are any gaming veterans reading this, help us out.

Did we miss something, or do you have any suggestions for would-be gamers out there? Or do you still have questions about where you should go to play games? Drop it into the comments section below and we'll talk about it.

And as always, happy gaming!

Steve Mullis is a Web producer at NPR. If have suggestions or advice regarding the series, please write or tweet him. You can also follow the action on our gaming Tumblr, NPR Plays.