Accessibility links
Pay Attention: Your Frustration Over Smartphone Distraction : All Tech Considered We asked you about where to draw the line when it comes to using phones while in the presence of other people. Lots of you wrote in with stories about how smartphones are changing your relationships. 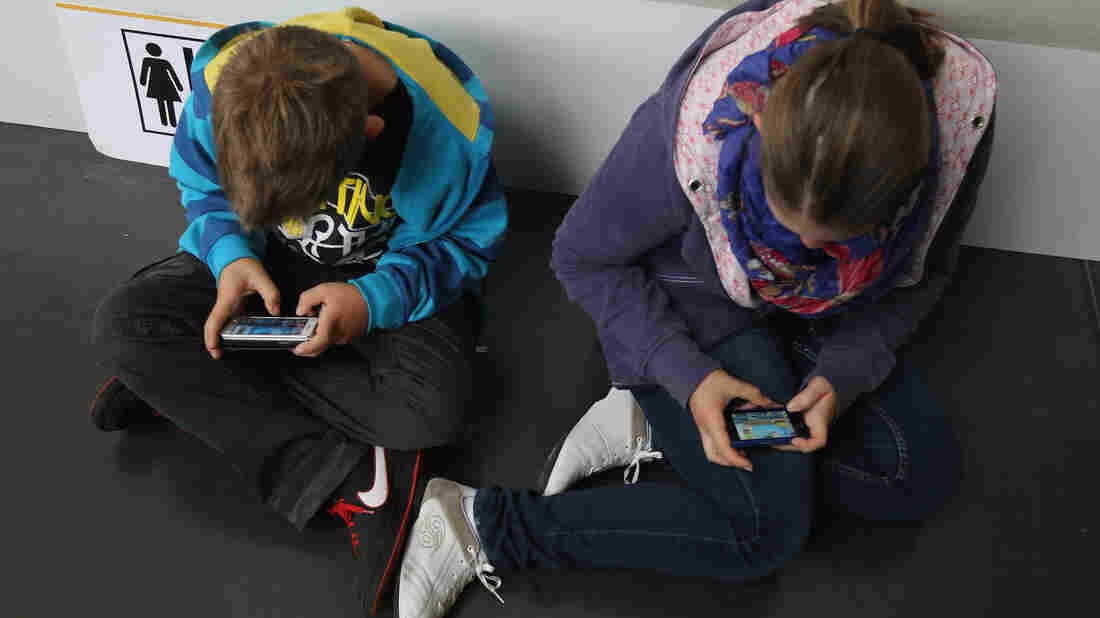 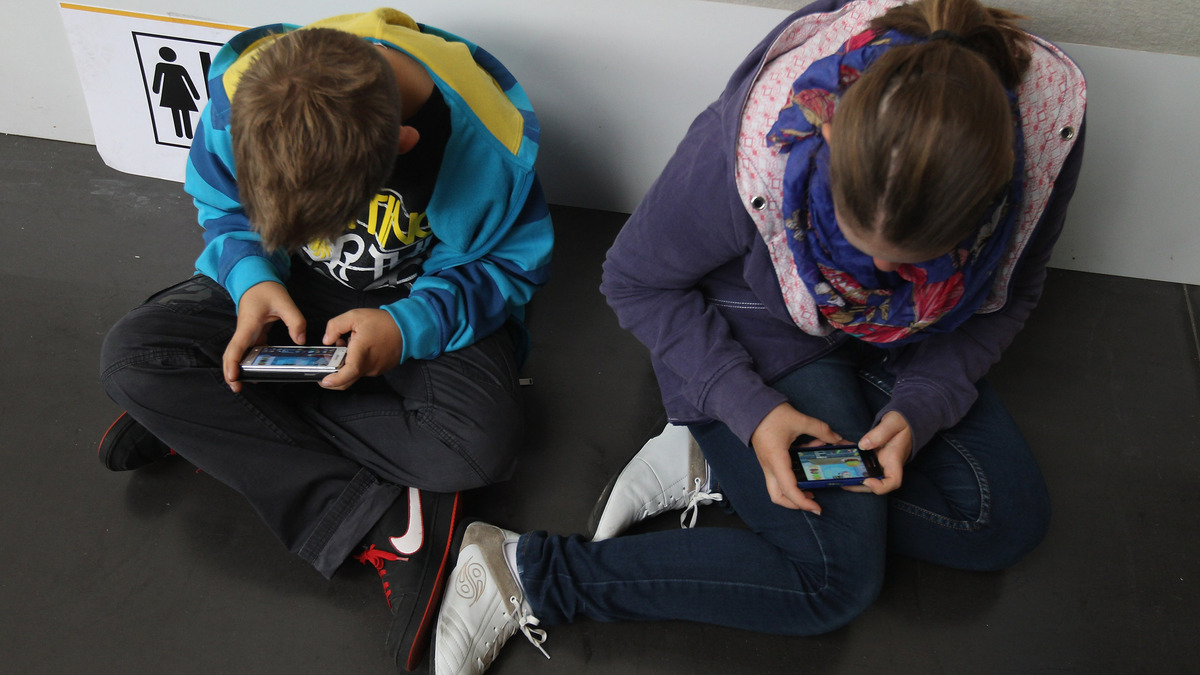 Our conversation about smartphone addiction continues.

Smartphones are so prevalent in our lives that they're interrupting everything from meals to movies. And engaging with them is sometimes taking precedence over enjoying the real, live human beings seated next to us.

So what should be the norms around smartphone use? Is it completely situational — OK for some places or times, but not others? How does the ubiquity of smartphones affect interpersonal contact?

We've received more than 300 comments on the original post and about 200 thoughtful responses via our Google form. I've read each one and appreciate you sending them in. Here are a few themes that emerged, but this conversation continues — the Google form remains open, and you can always send me a message on Facebook or Twitter.

1) While young people — millennials — are considered the most digitally native generation, a surprisingly big number of teens and college students wrote in, saying they're dismayed by their smartphone-reliant peers. Sophie Struckmeyer's stood out:

"I'm a sophomore in a North Carolina high school, and I find myself increasingly lonely. Many of my friends check their phones or text while I'm speaking with them, and it happens at least once or twice a day. I remember at one point being asked for advice, and as I was responding to the question the person who had asked was texting someone else and completely ignoring my response, and when I finished speaking she looked up and said 'huh?'. I think that using cellphones while you're interacting with someone is not only very rude, but it condemns you to never forming the kinds of deep, lasting relationships that humans crave."

Another memorable response came from Monica Mishra, a freshman at Harvard College. She evoked the image of college students lighting up a dark dining hall with their screens:

"So many of us wrote in our admissions essay how excited we were to network with the nation's most brilliant, and yet the nation's most brilliant seem to hide away behind the blank security blanket of a device ironically meant to keep us connected. The first month of my freshman year was supposed to be the time we met our future lifelong friends and partners, and yet most of us seemed to care a lot more about what was going on back home through their phones than about the person sitting in front of them. If the lights were turned out in our dining hall that month, the room would have still been well lit enough by the dismal fact that nearly every person had their phone out and turned on during most meals. I feel as though in a world where technology has helped us tailor our public image to our liking, imperfect impressions are becoming less and less acceptable, and to perfectionists like my Harvard peers, phones offer an easy way to escape that imperfection."

2) Our attachments to our smartphones are really irritating for service workers. A handful of servers wrote in with their experiences, as waiters have been forced to literally wait for customers to notice them. Brad Hardin writes:

"I work as a server in a fine dining restaurant. I routinely witness rude and distracting behavior involving cellphones. ... As I approach a table with two or three hot dinner plates, each priced in the mid-20 to mid-30 dollar range, often my guests don't even look up. I will simply stand there until I'm noticed, and they finally allow me to present their dinner. Last week, one guest was so engrossed in some video, his companions had to prompt him to allow me to present his plate. I walked by again a couple of minutes later [and] he was still watching the phone while his $36 sous vide filet was growing cold."

3) The overwhelming majority of you find that people checking their smartphones while socializing with other humans to be disrespectful. But a handful of you, like Lyndsay Hunter, made a case for holding off judgment of smartphone addicts, and instead letting context be your guide:

"More important than setting hard and fast rules for smartphone etiquette is letting the context establish the rules for each particular situation. I am, admittedly, a smartphone junkie. However, I'm not much for using the phone in personal social interactions. That said, I can think of several examples where doing so hasn't felt so egregious, such as: communicating via text with others in your group who are on their way/suddenly can't make it/need directions/etc., sharing an article/video/etc. with others in your party, or finding information using your phone for the intended benefit of the entire group you're with. The distinguishing factor is whether the use of the phone is facilitating/enhancing your interactions or whether it [is] detracting from your interactions."

In future posts, I'll share more angles from our conversation: Why many of you think smartphones everywhere are problematic for humanity, or not. We'll include other observations on how this isn't such a big deal, after all. And your fellow All Tech readers are offering lots of suggestions for setting boundaries for your smartphone use. Stay with the conversation and feel free to keep chiming in.