Accessibility links
Getting Back In The Game: Finding The Right Game To Play : All Tech Considered Like movies, books and music, there are countless video games to suit all interests and tastes. If you're a would-be gamer, here's a guide to help you sort through the different worlds. 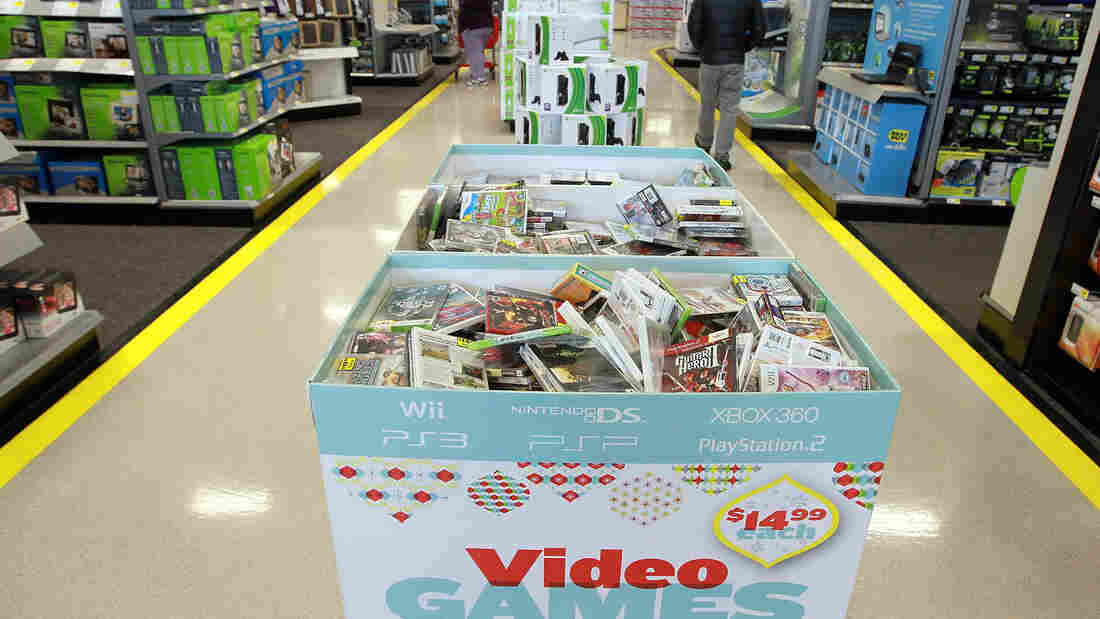 Like movies, books and music, there are countless video games to suit all interests and tastes. If you're a would-be gamer, here's how to sort through the titles and find a great game to play. Justin Sullivan/Getty Images hide caption 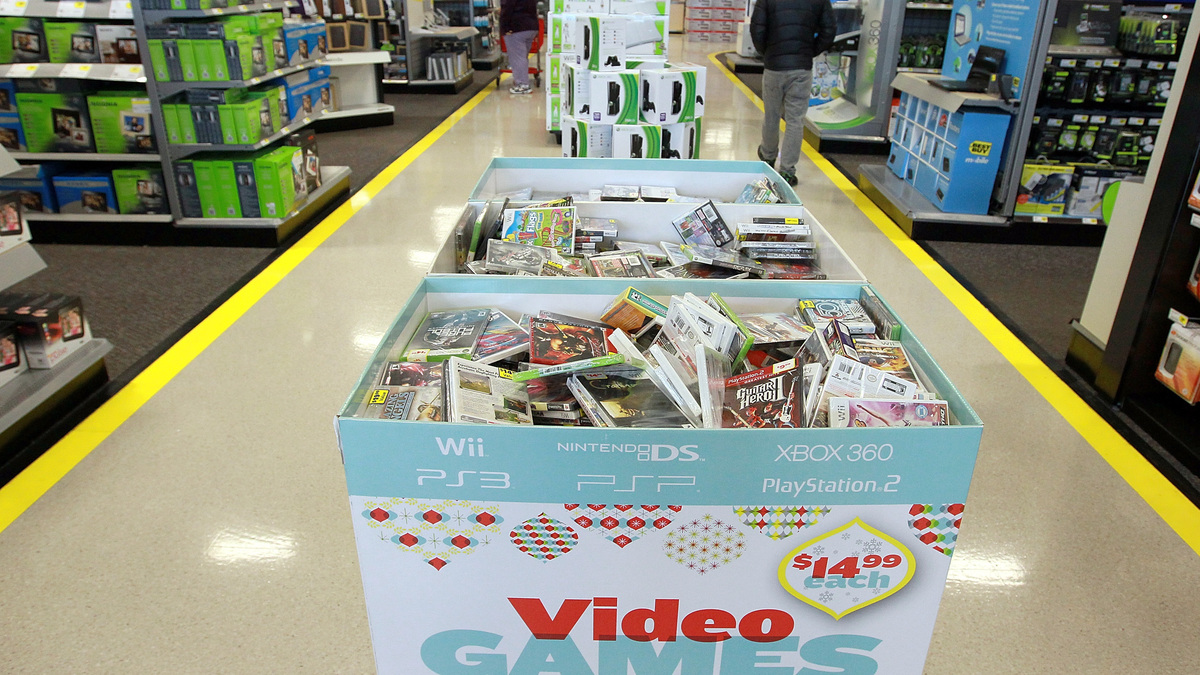 Like movies, books and music, there are countless video games to suit all interests and tastes. If you're a would-be gamer, here's how to sort through the titles and find a great game to play.

In our Getting Back In The Game series, we're showing you how to get into the wide world of video games — whether you're new to gaming or a former player who hasn't picked up a controller in a while.

Like movies, books and music, there are countless video games to suit all interests and tastes. And like those other mediums, you can drill down into every genre to find more and varied sub-genres.

Classifying games is more art than science; there are many games that cross genres, mix two together or sometimes can't be classified at all. For the sanity of would-be gamers, we'll keep it basic and just look at some top-level types of games plus examples of sub-genres.

What Kind Of Game Do You Want To Play?

If you wanted to play semantics, all games could theoretically be action games, but here we're defining the genre like action movies: Games that require quick reflexes, accuracy and timing to overcome obstacles. These include:

One of the oldest categories of games, the pure form of adventure game eschews action. Instead, the player solves problems and puzzles while interacting with characters and environments. Though not the first of their kind, games like Maniac Mansion, Myst and Grim Fandango defined the genre.

Adventure games have been a bit of a dying breed lately, but recent games like Broken Age are revisiting it. Modern takes on adventure games often involve what are called "quick-time events," where the player is prompted to respond to a lot of scripted action with single-button response that flashes on screen. Other adventure games include Heavy Rain; Beyond: Two Souls; and The Walking Dead. 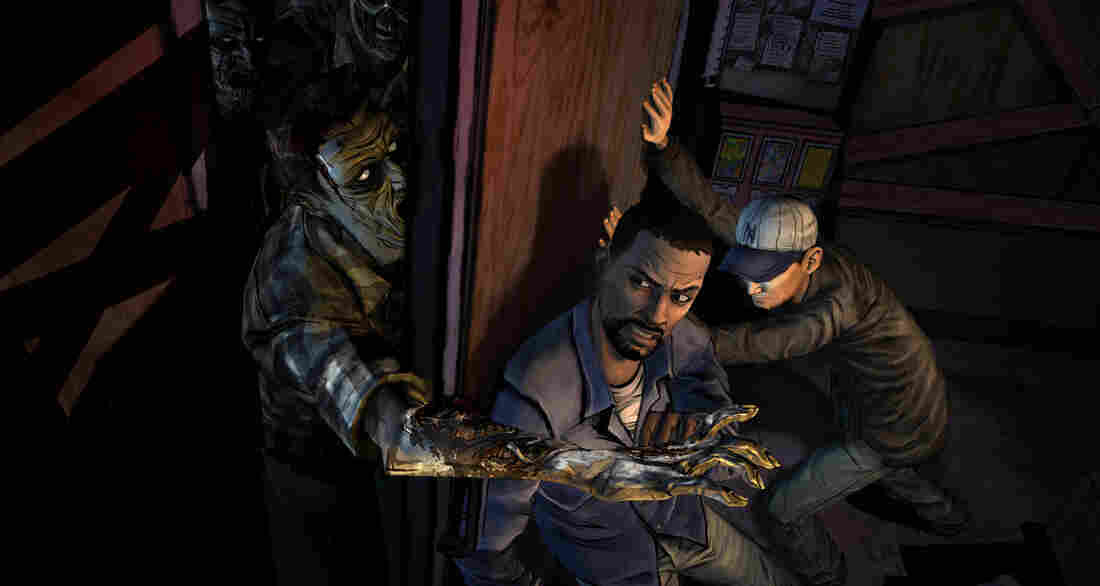 The Walking Dead, based on the hit TV series and comic book, is an example of a graphic adventure game. Telltale Games hide caption 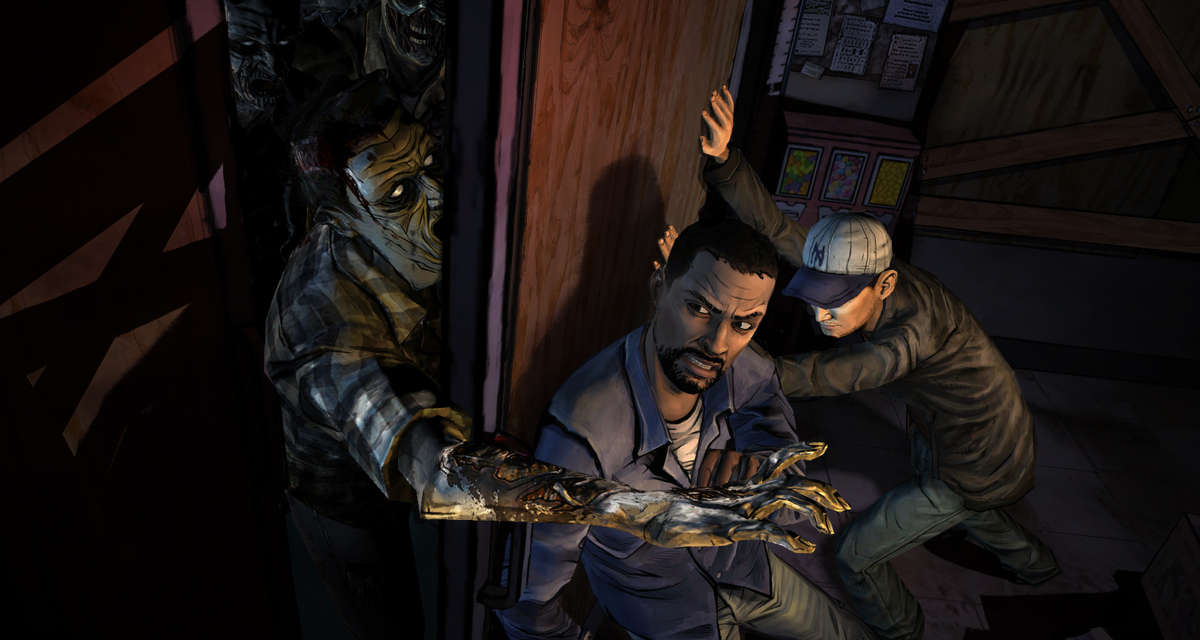 The Walking Dead, based on the hit TV series and comic book, is an example of a graphic adventure game.

Role-playing games have evolved far beyond their pen-and-paper inspirations like Dungeons and Dragons. Most of these games cast you as an adventurer — or party of adventurers — and often take place in high-fantasy worlds of magic and mythical beasts.

Of course there are exceptions to this, like South Park: The Stick of Truth, which is a classic RPG that takes place entirely in the world of the popular TV show. Other role-playing games to check out are The Elder Scrolls: Skyrim; Fire Emblem; the Final Fantasy series; Ni no Kuni: Wrath of the White Witch; and the Xenoblade Chronicles.

It's worth mentioning two sub-genres:

These games require skillful thinking and planning. Usually the player has a large, often "godlike" view of the playing field. It's easier to talk about strategy games when you break them down a little:

These are the games that mimic playing traditional sports, be it football, baseball, soccer or one of the many other competitive sports out there. This also includes racing games like Gran Turismo and Forza racing series. Other games you might be familiar with here are the Madden and FIFA series from EA.

Many gamers tend to label all games on Facebook or mobile platforms as "casual" — and they often mean it as a pejorative. It's an area of contention in the gaming arena, and while it's true that these games are easier to pick up and put down again, they aren't any less of a game. Examples include Farmville and Candy Crush.

Gamers: Tell Us What I've Skipped

There are, of course, many deeper sub-genres of video games, but this list covers most of what you'll encounter in the wild. Many games out there fall into multiple categories or are difficult to define, like indie titles, which I write about often.

So this is where I call on my fellow gamers from all the genres to lend a hand. The panoply of games is so vast, I need you to lend your suggestions for our would-be gamers in the comments below.

Let us know what games you'd recommend, in whatever category you wish. If the game falls into a genre not explicitly detailed, tell us about it and what makes the game unique. And if you have any game-related questions — terms, game types not mentioned, specific games — please ask.

Steve Mullis is a Web producer at NPR. If you want to suggest an independent game worth featuring here, please write or tweet him. You can also follow the action on our gaming Tumblr, NPR Plays.