Accessibility links
Weekly Innovation: Turn A 3-D Printer Into A Tattoo Machine : All Tech Considered Body art, made possible by a clever hack. It all started when a young student in France was riding his bike on the way to design school.

Weekly Innovation: Turn A 3-D Printer Into A Tattoo Machine

Weekly Innovation: Turn A 3-D Printer Into A Tattoo Machine 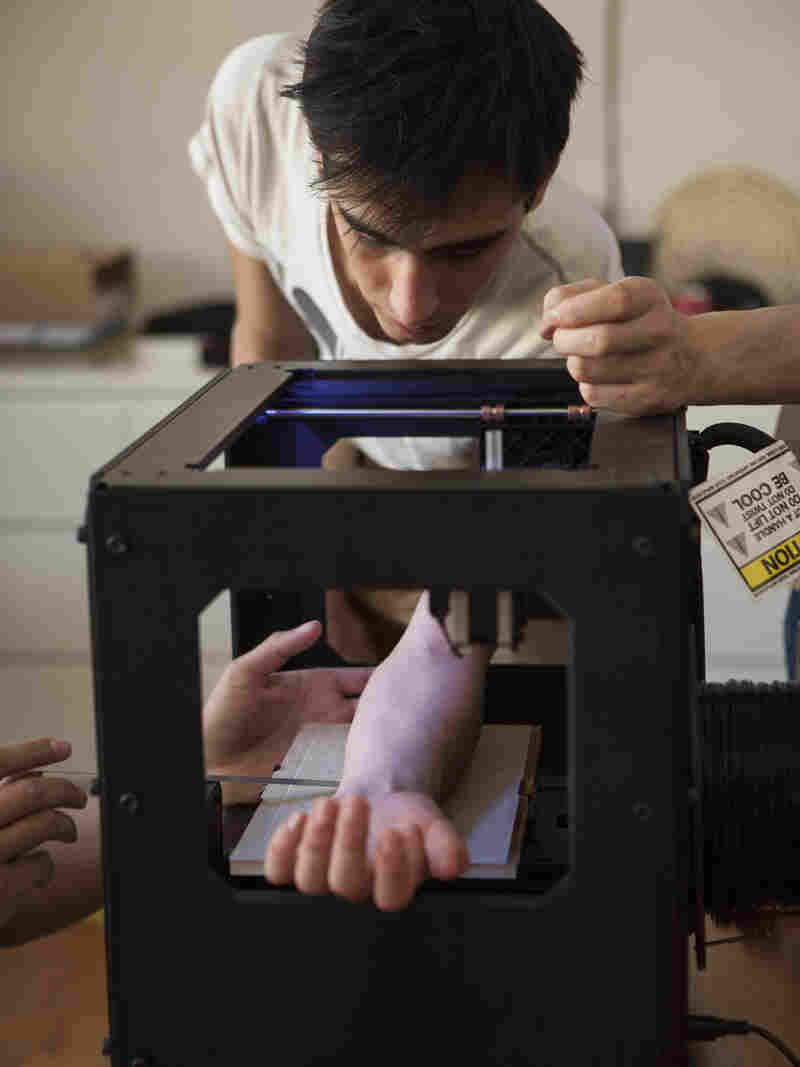 Antoine Goupille may be the first human tattooed by a robot. Courtesy of Pierre Emm hide caption 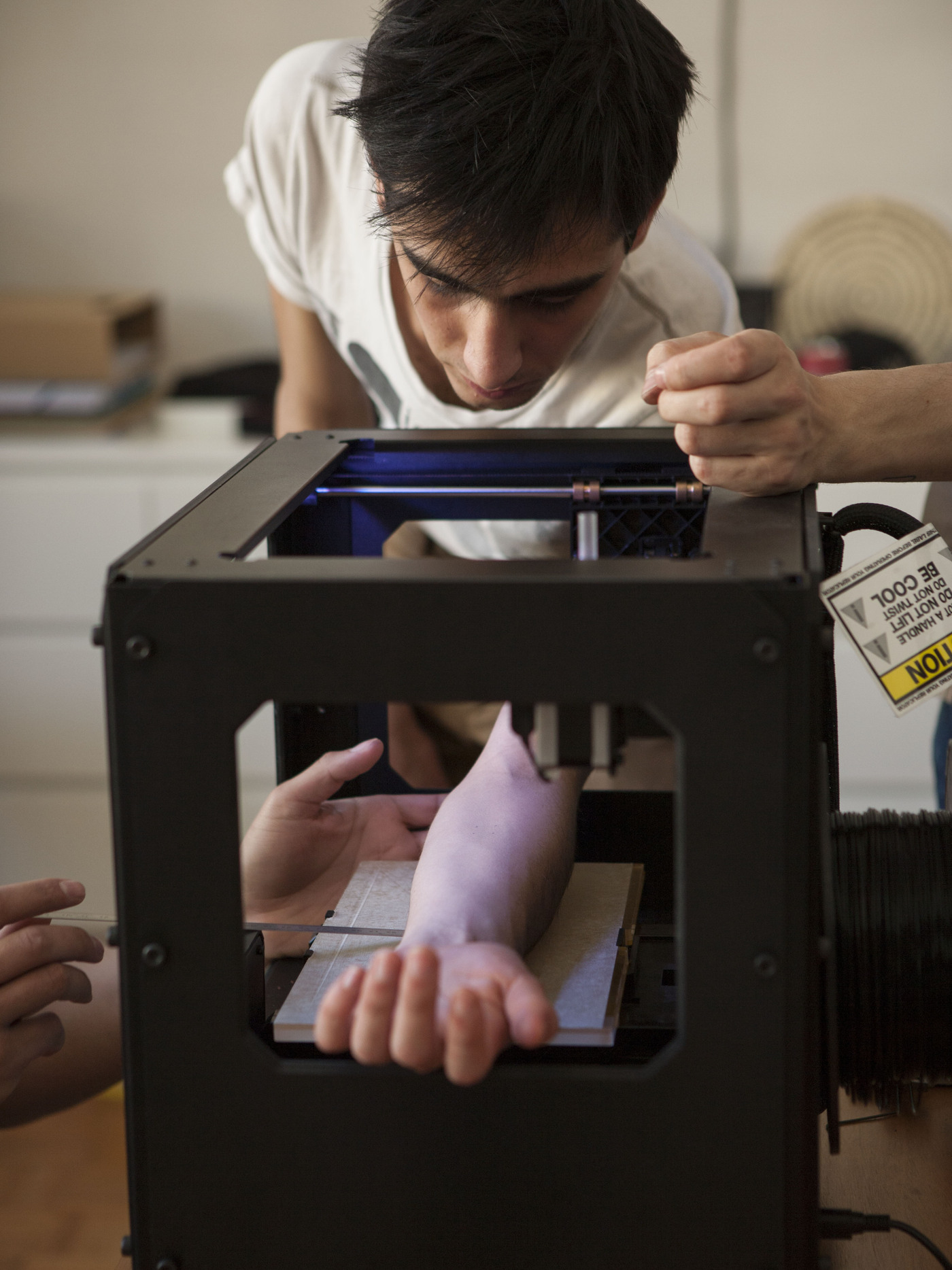 Antoine Goupille may be the first human tattooed by a robot.

Behold, the first human to be tattooed by a 3-D printer. The machine tattooed a ring on his forearm.

It all started with an idea that came to Pierre Emm, a young student in France, while riding his bike on the way to design school. (Another reason to cycle for your commute — wacky yet innovative ideas!)

Working with his fellow design students, Piotr Widelka and Johan Da Silveira, Emm took a MakerBot Replicator 3-D printer and reconfigured it to "make the machine more incarnate," as he describes to NPR. "An image passes very quickly ... I wished to give them more time." So the students hacked a printer to write an image on human skin.

The prototype for this hack was built as part of a challenge set up by France's Cultural Ministry, to get students to come up with remixes of images, videos and sound available in the national public domain.

Students had eight hours to transform their digital source materials. In one afternoon, the team made the printer trace on skin, using a pen instead of the printer's extruder. Instructables describes what happened next: 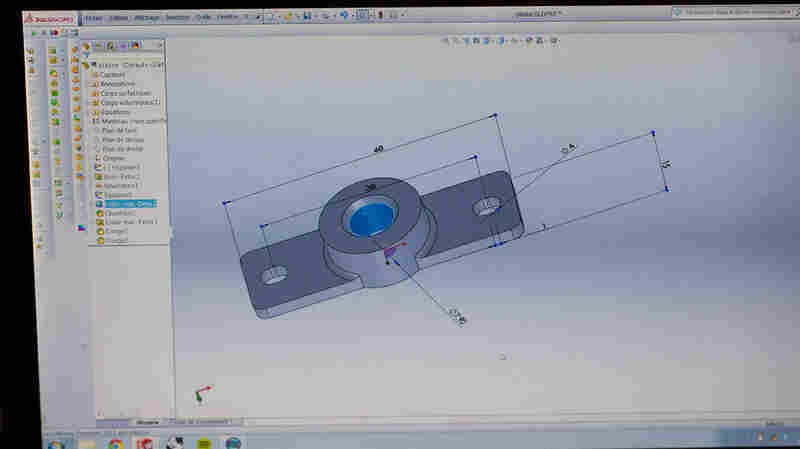 The design of the tattoo tool, which got attached to the printer. Courtesy of Pierre Emm hide caption 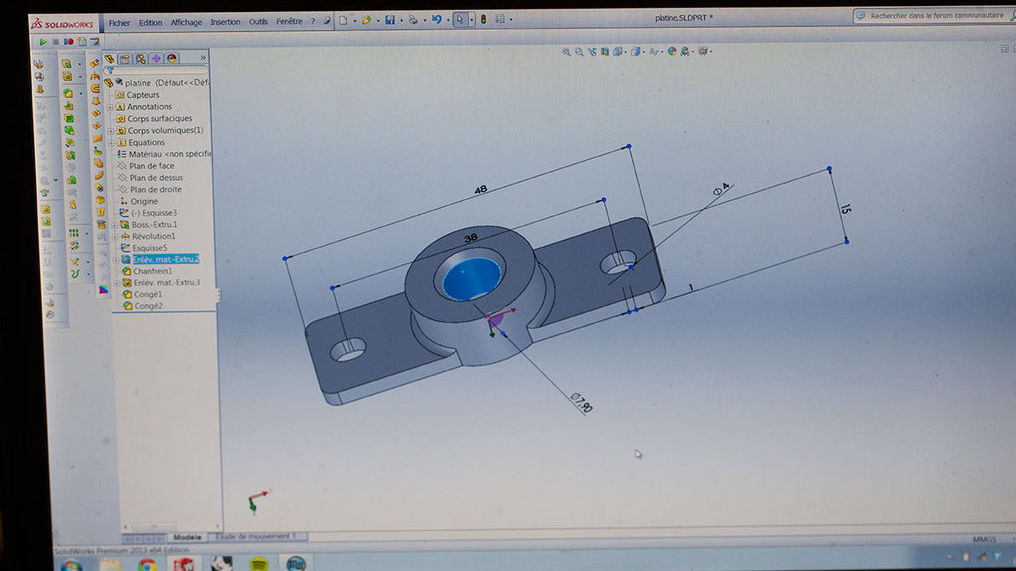 The design of the tattoo tool, which got attached to the printer.

"The young designers didn't want to stop there. They wanted the machine to make REAL tattoos, on REAL skin, so they kept working on the project during their spare time, with some help from teachers and other students.

"They borrowed a manual tattoo-machine from an amateur tattoo artist and found some artificial skin for the first tests ... The big difficulty was to repeat the same exercise on a curve surface and on a material that has much more flexibility than silicone. Many tricks were tried to tighten the area around the skin (a metal ring, elastics, scotch tape...) but the most effective one was a scooter's inner tube, open on the area to be marked."

If you're interested in this, here are step-by-step instructions to turn your 3-D printer into a tattoo machine.