Accessibility links
Keeping Robots In Line With The Law : All Tech Considered Attendees at the annual We Robot conference are peering into the future, pondering questions like, do robots have rights? What kinds of laws do we need to regulate unmanned drones? 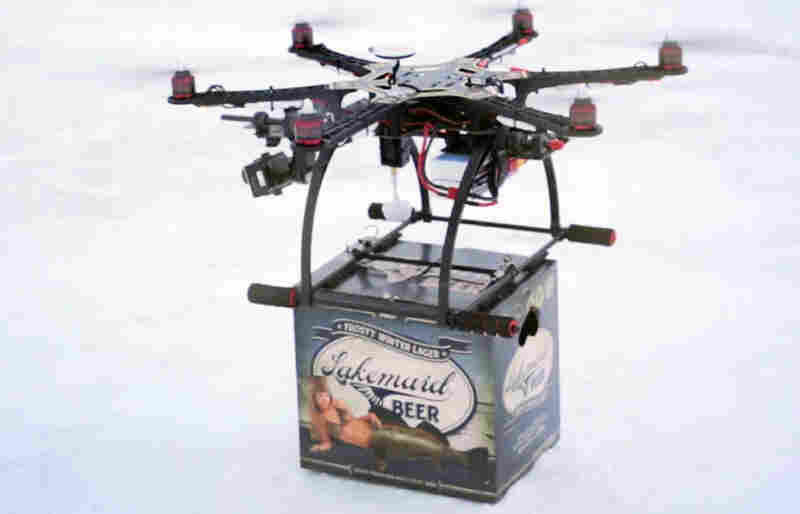 A mini-drone lands with a 12-pack of beer for ice fishing anglers in Minnesota in January. The Federal Aviation Administration grounded future deliveries when they learned of the service. AP/Courtesy Lakemaid Beer hide caption 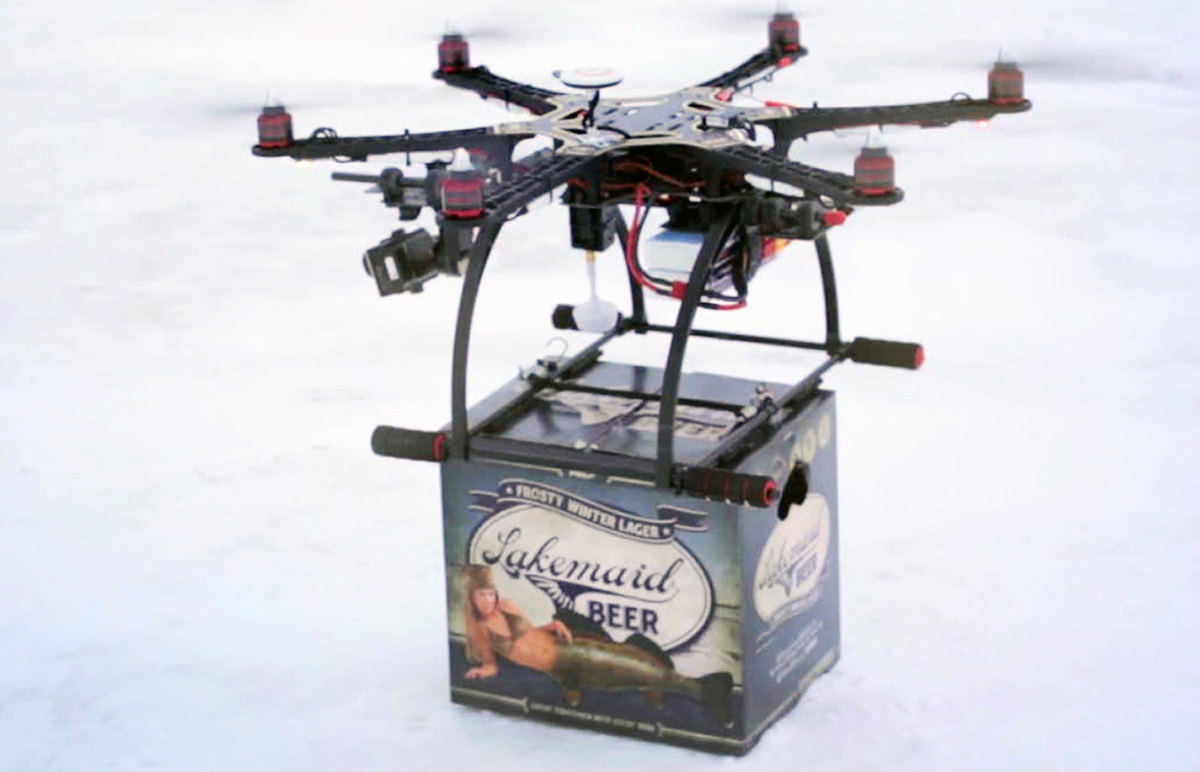 A mini-drone lands with a 12-pack of beer for ice fishing anglers in Minnesota in January. The Federal Aviation Administration grounded future deliveries when they learned of the service.

Dozens of experts in law, technology and policy gathered at the University of Miami this weekend to think about one thing: robots.

The goal of the annual We Robot conference is to get the makers and the thinkers in the same room to look ahead.

Event founder Michael Froomkin, a law professor at the university, has spent most of his career working on Internet law. He says he's seen technology outpace the law countless times.

"You design stuff to make it work and you don't think a lot about the legal and social consequences," says Froomkin. "So by the time the lawyers get in the room, the standards are already baked and the stuff is already deployed."

The theme of the third-annual conference is risks and opportunities. Among Froomkin's favorite submissions were a paper on robots as judges and another on gender issues surrounding robotics.

In lectures and discussions, attendees are asking questions like: Do robots have rights? How hard could you shove the office robot that rolls over your foot? If a robot is reading your email, is that spying?

And, what laws will we need when drones start flying in the national airspace?

That last question is on the mind of Donna Dulo, one of the presenters this year. Dulo is writing a law book for the American Bar Association about unmanned aviation.

"Basically, we need to look at the safety of these systems. We need to look at the autonomy of the systems, and we need to be proactive with the laws," says Dulo, a senior mathematician and computer scientist with the Department of Defense. "We don't want to wait 10, 15 years, or wait for a couple catastrophic accidents, before we get the law correct."

The Federal Aviation Administration will officially allow commercial use of drones starting next year. The FAA has approved six commercial drone testing sites.

"We're gonna see an exponential explosion of these aircraft in the skies in the near future — where news happens, where there's police incidents, where we're doing firefighting operations," Dulo says. "Facebook wants to put these things in the sky to create a wireless cloud across the globe. Amazon wants to use them to deliver packages."

Dulo is concerned about the many unanswered questions raised by unmanned flying vehicles, including: how to prevent collisions, who bears responsibilities for accidents, and what kind of charges such accidents would bring.

She hopes that discussing these issues now will help as drones become more commonly used. As Dulo says, the drones are coming, whether we like it or not.