Accessibility links
Can't Ask That? Some Job Interviewers Go To Social Media Instead : All Tech Considered In the hiring process, employers aren't allowed to ask certain things, like if you go to church or intend to have children. But is it OK for employers to check social media sites for this information? 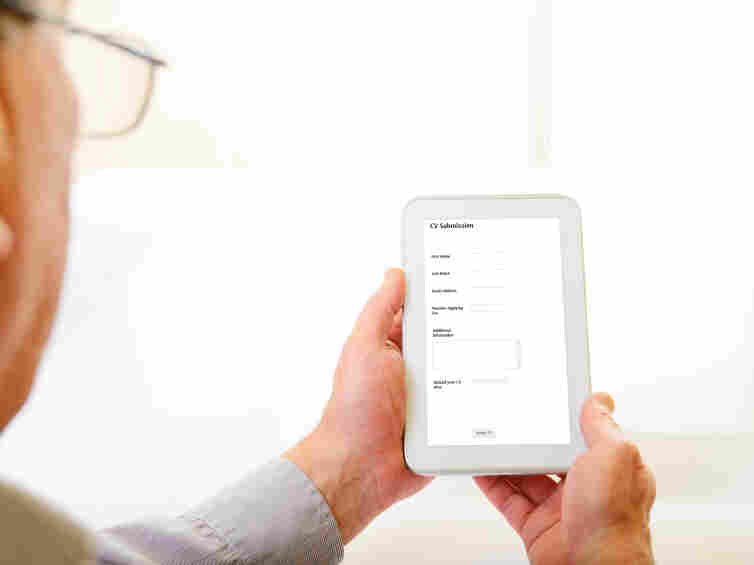 In the hiring process, there are things employers aren't permitted to ask, like whether you plan to have kids. Some employers turn to social media to learn more about job candidates. iStockphoto hide caption 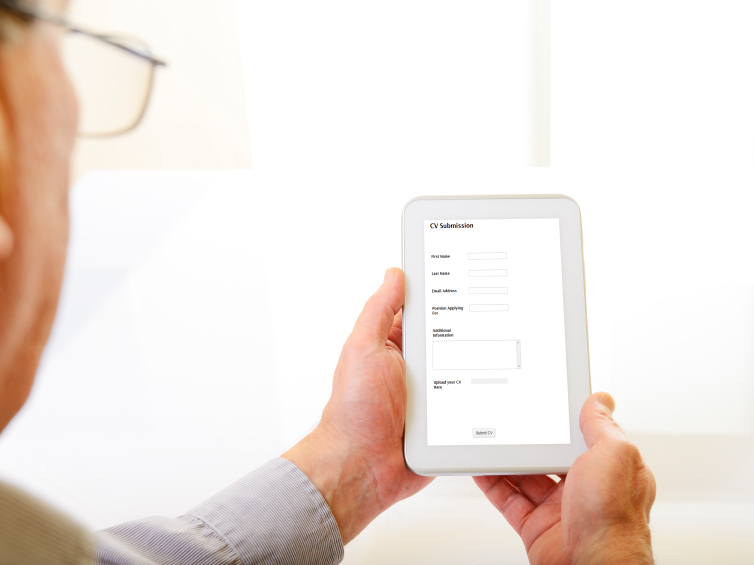 In the hiring process, there are things employers aren't permitted to ask, like whether you plan to have kids. Some employers turn to social media to learn more about job candidates.

Many of Don Kluemper's management students at the University of Illinois at Chicago have had this experience: After going on a job interview, they sometimes receive "friend" requests from their interviewers.

It puts the students in a bind, he says. They fear that not accepting the request might hurt their job chances, but they also feel compelled to scrub their profiles before accepting.

"They didn't know why they were being friended," Kluemper says. "If it was some personal request or if the person was going to be screening their profile."

In a job interview, there are some things that aren't immediately apparent to the interviewer: a candidate's religion, marital status or sexual orientation. Employers are not allowed to ask about those things, by law. Many employers check social media profiles of prospective hires online, but doing so is raising questions for both employers and job applicants.

"[The answer to] all of those questions that you shouldn't ask in a job interview [are] readily available on a social networking website like Facebook," Kluemper says. "So that creates the problem."

According to the Society for Human Resource Management, 77 percent of employers now use social networking to recruit candidates, up from 34 percent six years ago. About a dozen states have banned employers from asking workers for their social media passwords, and Congress is considering several measures that would make that a national policy.

Since so much of the searching is done unofficially, Kluemper says rules might not even help.

"Policies and regulation might just force hiring managers to do this in a less structured and more informal way, which wouldn't be positive," Kluemper says.

Patricia Sanchez Abril, a business law professor at the University of Miami, says that anti-discrimination laws apply regardless of where an employer sees the information. That doesn't make things much easier, though.

"This is a really gray area right now," she says. "How do you prove that the employer Googled you and learned that you want a big family, or that you keep the Sabbath? It's much harder to prove, especially since many of these judgments are even formed subconsciously. The employer may not even realize that he or she is discriminating."

Research shows that employers are discriminating based on what they find on social media. Alessandro Acquisti, a professor of information technology and public policy at Carnegie Mellon University, recently set up fake identities of identically qualified candidates who identified their religion only on social media.

"Our results suggest that yes, there will be indeed opportunities for discrimination," Acquisti says.

For example, those who self-identified online as Muslim averaged 17 percent fewer callbacks nationally. Acquisti says that it's hard for policymakers to address these issues because technology always outpaces the law.

"What to do next is unclear," Acquisti says.

Renee Jackson, a technology and workplace attorney, tells her employer clients: "They're allowed to look, but they're not allowed to use."

To make their hiring policies clear and uniform, she counsels clients to draw up guidelines: "Who is going to do the search; when the search will be conducted during the hiring process; what sites will be searched; what type of information they're looking for," Jackson says.

Also, how might the company allow a candidate to rebut or explain suspicious information?

There are third-party firms like Social Intelligence that conduct social media searches for employers, looking for violent, racist or other illegal behavior but redacting any information that's illegal to consider.

Job candidates might find it tempting to do away with a social media presence altogether. But Michael Fertik, the CEO and founder of Reputation.com, says that you're then sacrificing your chances at online recruitment.

"Employers and others are increasingly relying on machines — on machines! — to surface candidates for them," Fertik says.

It's not just a one-way street, either, he adds.

"Candidates research people who interview them all the time. They are evaluating you, just the way you're evaluating them," Fertik says.

So employers need to watch how they appear online, as well.