Accessibility links
Restaurants: The Modern-Day Lab For Our Smartphone-Obsessed Ways : All Tech Considered Servers and bartenders say those addictive glowing screens are changing restaurant experiences, and not for the better. "This is just sort of the new norm," psychology professor Thomas Plante says. 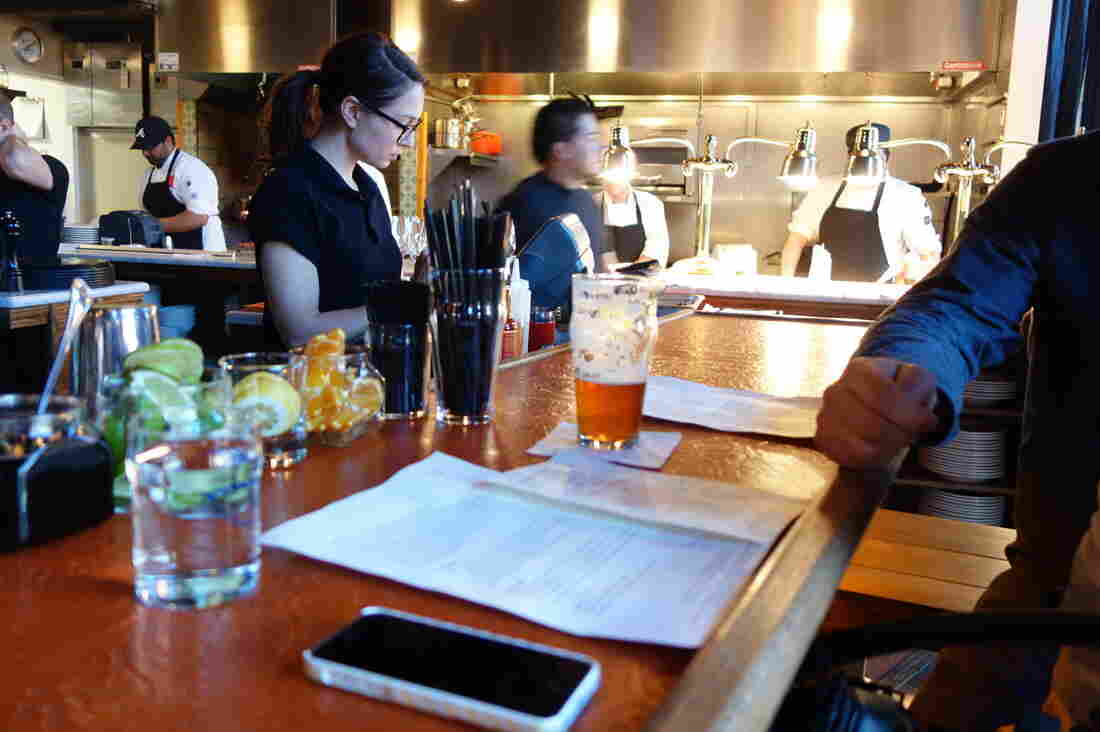 Courtney Cranch tends bar at The Red Hen in Washington, D.C., where she estimates at least half her customers have smartphones out at mealtime. Elise Hu/NPR hide caption 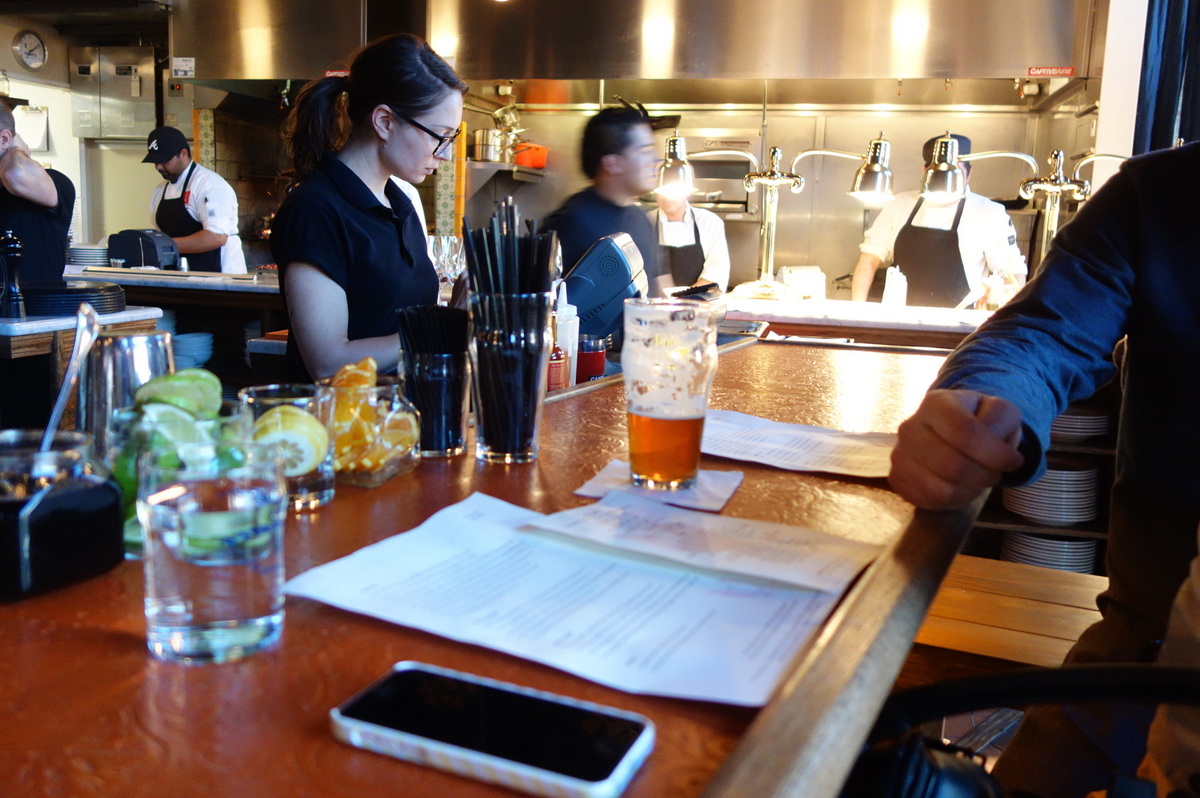 Courtney Cranch tends bar at The Red Hen in Washington, D.C., where she estimates at least half her customers have smartphones out at mealtime.

When we asked you about the changing norms for smartphone use in public spaces, hundreds of stories poured in. (Thank you!) One notable subset of responses came from restaurant servers and bartenders, who reported incidents of standing over diners, literally waiting to serve expensive dishes because the customers were too enraptured by glowing devices to notice them.

So what are the right rules for smartphones at mealtime?

In the always-connected power center of Washington, D.C., servers at The Red Hen restaurant — just 2 miles north of the U.S. Capitol — say at least half their customers use smartphones while dining with other people.

"Two people [were] sitting at this table and I think they're on a date," says Dani Farr, a server at the Red Hen. "The gentleman, throughout the entire meal did not acknowledge me. He had no questions about the menu. She did all the ordering and never once looked up at me. And I'm like, I'm here for you, I want to talk to you, I want to engage. But you won't even look up at me. What are you doing? Why are you here?"

How we're changed by our devices is a question psychologist Thomas Plante, a professor at Santa Clara University, has been studying.

Smartphones And Mealtime: Turn Device-Avoidance Into A Game

Digital scanning of information has already changed the way we read, so how does digital socializing affect the way we relate?

It's still early days in the research of our relationships with smartphones. The number of Americans using smartphones has jumped from 35 percent to 58 percent in just the past three years, a recent Pew survey shows.

"These changing times change so rapidly," Plante says. "It wasn't that long ago where none of us had smartphones, and somehow it's remarkable that something like smartphones have just revolutionized our culture."

They've taken over so quickly that rules for when and where we should use them aren't written. These days, is it acceptable to dine with a friend ... and text with another at the same time?

"A lot of people would experience that as being rude. While others would say no, this is just sort of the new norm," Plante says.

Another fairly new norm at restaurants is the Instagramming of food. When Farr, the server, sets down dishes in front of diners, the cameras come out to snap photos, first. "Can't you visually remember what it looks like? [Customers] are like, moving plates and silverware to get the lighting right," Farr says. She and the other servers say there's still value in just breaking bread with someone or simply sharing a plate of pasta in person.

"People should just sit down and enjoy the experience, and not have to be on the phone the whole time," says Courtney Cranch, who tends bar at The Red Hen.

Plante, the psychology professor, says the norms change without us even noticing. So as we embrace technology, we should remember our humanity, too.

"I think what we want to always keep in mind if we can, is how can we be kind to each other — gracious, respectful? And if we keep that in mind, the details will follow," Plante says.

If you want to take a break from your smartphone, your fellow NPR readers wrote in with some suggestions. And if you're out with friends and want to challenge the whole group to ignore their phones, there's the phone-stacking game, which we explain here.