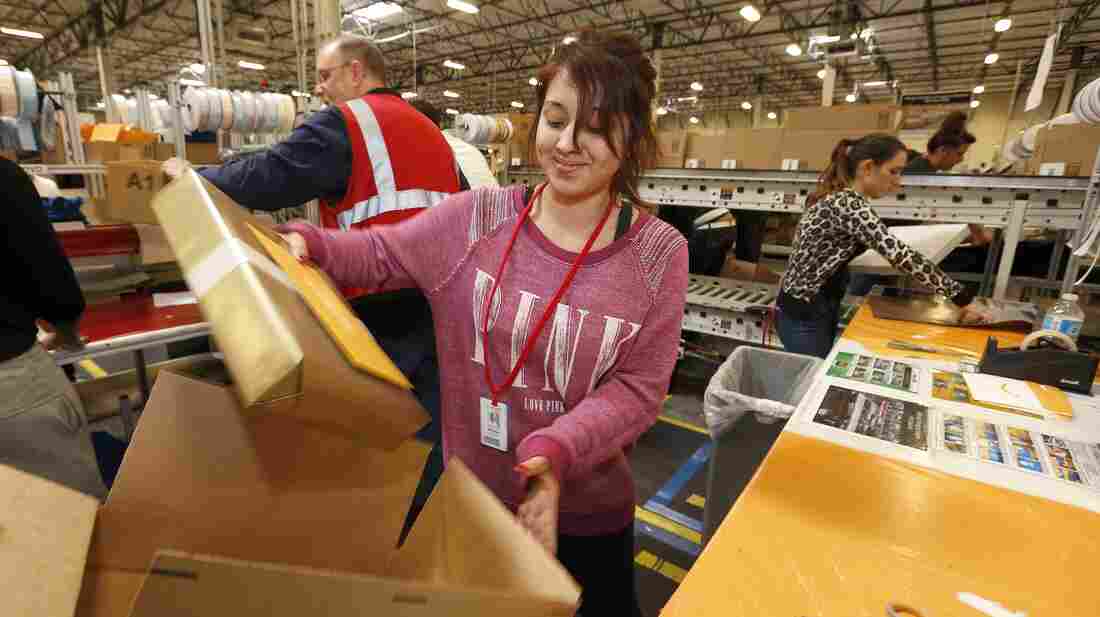 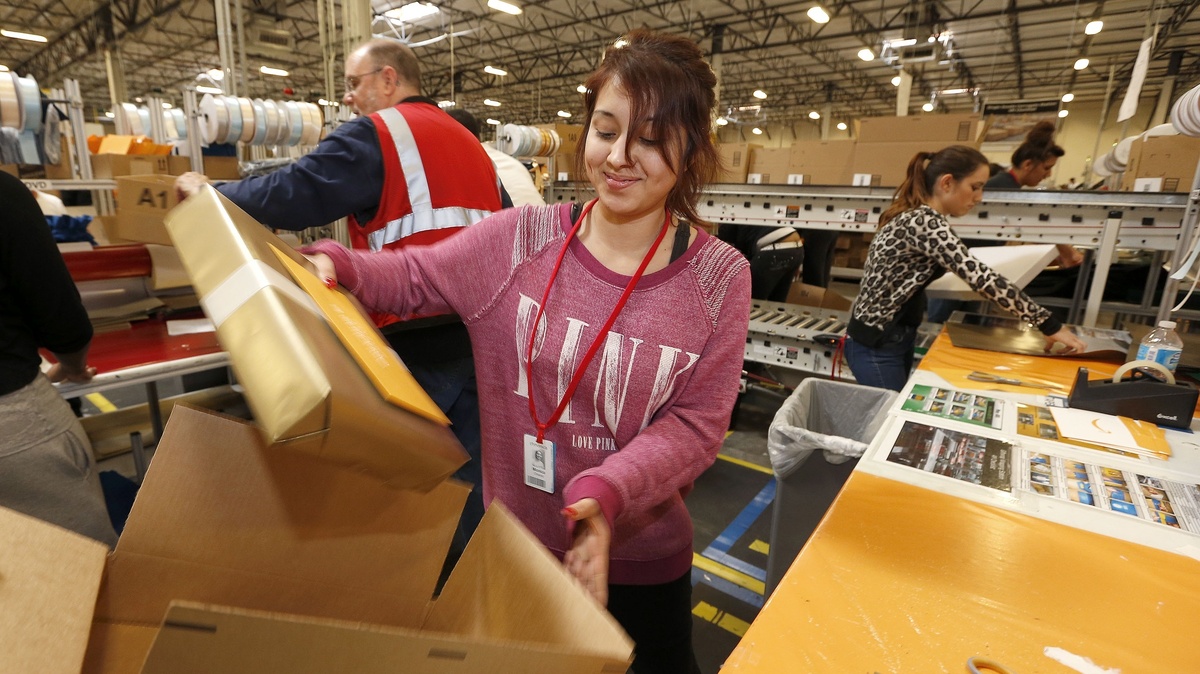 Monica Chavez packs up a box at an Amazon.com fulfillment center Dec. 2, in Phoenix.

Technically, consumers are supposed to pay taxes on things they buy online. In fact, few do.

Congress is considering a bill called the Marketplace Fairness Act that would force many online sellers to collect sales taxes for the first time.

Years of slow growth sent many state and local governments hunting for new sources of tax revenue. And online retail sales have been a big target.

So, at Ohio State, Hoonsuk Park and Brian Baugh, two finance Ph.D. candidates, and associate finance professor Itzhak Ben-David decided to track five states — California, New Jersey, Pennsylvania, Texas and Virginia — that recently had enacted such laws to see what the effect might be on other retailers.

Park says the researchers collected reams of data from an online aggregator of financial information, and analyzed what happened as soon as laws enacting new taxes on Amazon took effect. They found that Amazon's sales fell about 10 percent in those states. And 2.7 percent of consumers switched to other retailers — either to other online retailers, or to brick-and-mortar operations.

This isn't all that surprising. When costs go higher, consumers spend less or look for alternatives.

Baugh, who co-authored the research, says some of the Amazon customers didn't go very far. They often purchased instead from Amazon Marketplace, a collection of separate sellers that sell through Amazon, but which are small enough that they aren't subject to the new taxes.

"I predict a lot of this loophole-seeking behavior of households will continue, so they'll continue to seek out retailers that are small and not subject to the tax," Baugh says.

Amazon did not respond to the study directly but said it offers lower prices, with or without sales tax.

The new research looks at only one aspect of the policy debate — what happens to demand. In fact, much more of the focus has been on the burden of cost and compliance with the law. And there, the online retail world is divided.

Those in favor of collecting and remitting taxes say it levels the retail playing field for local brick-and-mortar stores. In addition to retailers like Wal-Mart that have physical stores, advocates now include Amazon, whose expansion plans make it increasingly likely it will have to pay the sales tax anyway.

Opponents include eBay, which represents a host of mom and pop sellers. The online auction house says the measure would hurt smaller retailers by imposing bigger administrative burdens on them.

Bill McClellan is vice president of government affairs for the Electronic Retailing Association, which opposes the Marketplace Fairness Act. He says the bill would decimate small online retailers, because they wouldn't be able to absorb the cost of figuring out how to comply with thousands of tax codes around the country.

"This study does not change the policy discussion in Washington, D.C.," McClellan says. "It is a very interesting study in what it examines."

The federal bill passed in the Senate but remains stalled in the House.