Accessibility links
Gaming While Male: A 'Privilege' Few Men Recognize : All Tech Considered Sexual harassment in the gaming community ranges from online taunts to phone calls and rape threats. Fighting misogyny is everyone's responsibility, says one gamer, but not everybody sees the problem. 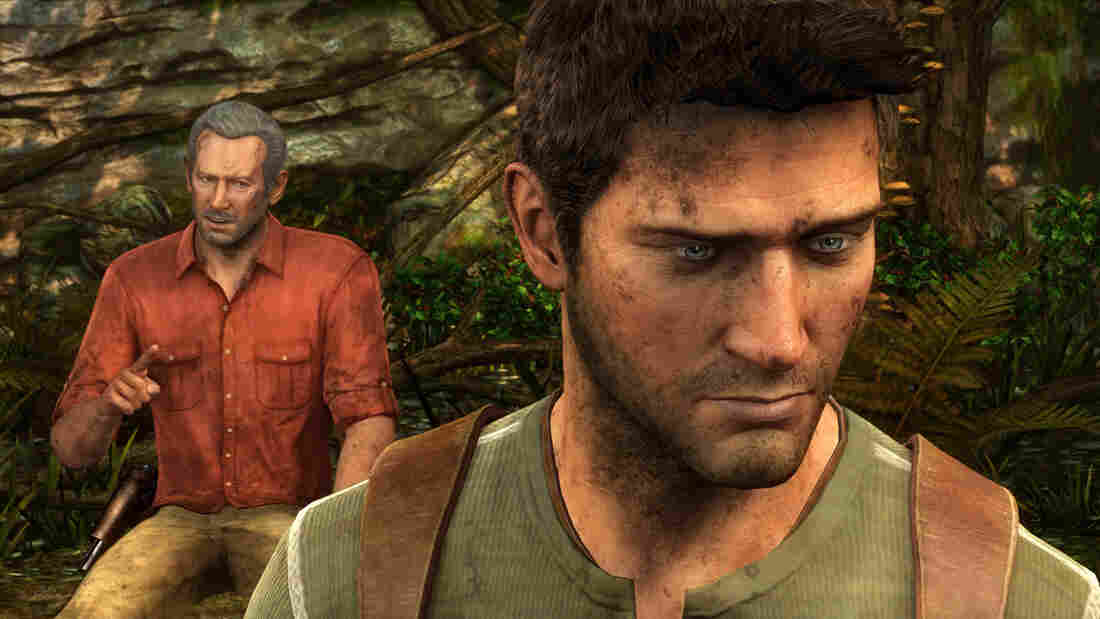 Nathan Drake (foreground) is the lead protagonist of the Uncharted series of games for the Sony PS3. His character is just one in a long line of games where the dominant figure is a white male action hero. AP/Sony Computer Entertainment Inc. hide caption 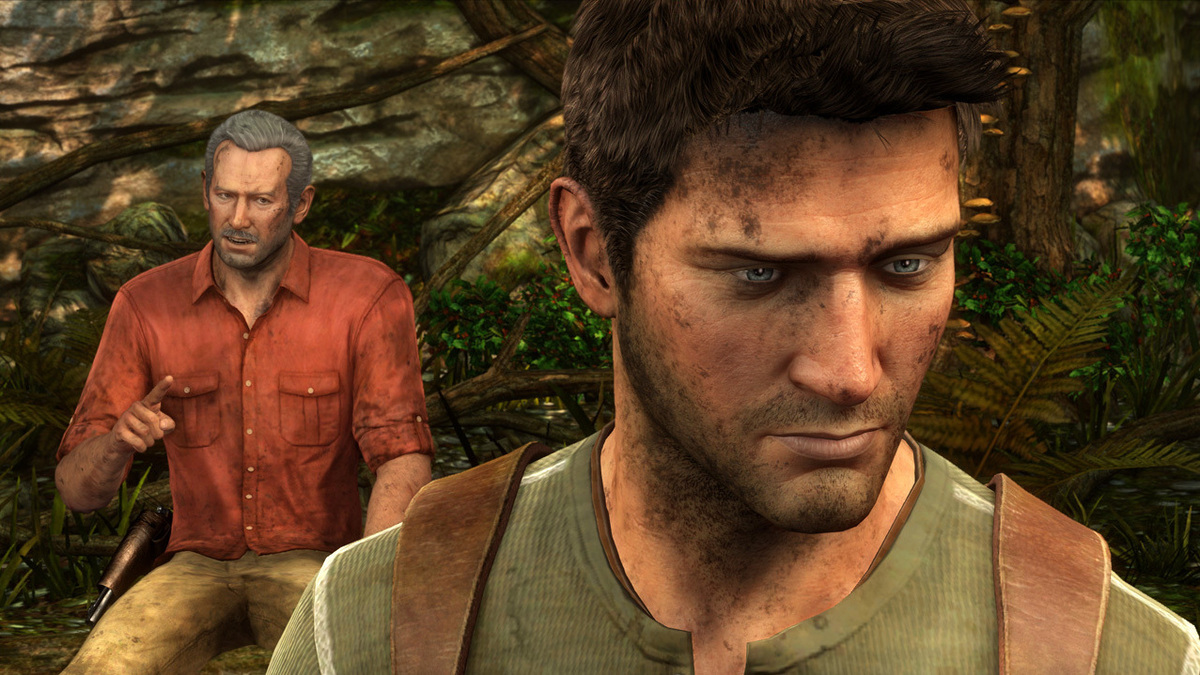 Nathan Drake (foreground) is the lead protagonist of the Uncharted series of games for the Sony PS3. His character is just one in a long line of games where the dominant figure is a white male action hero.

In video games, sexism often comes in the form of male-dominated storylines and character archetypes. In the video game community, it takes a more menacing shape.

It ranges from attempts to silence female critics to the harassment of fellow players. Some harassment even goes so far as phone calls and rape threats, as one female game developer found out last year.

"The issue is often framed as a women's issue, but sexual harassment, sexism and misogyny in gaming is not a women's issue — it's a gaming community issue," says Jonathan McIntosh, a producer for the Tropes vs. Women in Video Games Web series.

Last week, McIntosh wrote a piece for gaming website Polygon about what he calls the "invisible benefits" that males experience while playing video games. In the post, he lists 25 effects of "male gamer privilege." Here's a sample:

So far, the reaction to his post — both in the more than 700 comments on the piece and elsewhere — has been relatively civil. As McIntosh pointed out on Twitter, he doubts it would have been as civil if he had been a female writer raising the same points.

"I'm saying the same thing that women have been saying for years," McIntosh says. "There's nothing in my piece that's really new, it's just that it's coming from me. If my name was Joanna McIntosh ... I'd be called irrational, I'd be called hysterical and I'd be called too sensitive."

One of the hurdles to addressing the issue is for male gamers to acknowledge that it happens in the first place, McIntosh says. "I don't see it, so I don't think it really exists," is a common perspective.

"I'm still shocked that many of my fellow gamers can still be in such denial about the problem and can so easily dismiss it," he says.

"The very least that gamers like me can do is we can believe them, and take them at their word," he says. "I see a lot of my fellow gamers not doing that."

In the U.S., 59 percent of the population plays video games, and nearly half of those players are female. The growth and reach of the industry is one of the reasons why handling sexual harassment in this space is so important, McIntosh says.

"Video games and gaming has an enormous impact and influence on our wider society," he says. "In that way, gaming really functions as a microcosm for the rest of society."

And as the gaming community grows to include more people from all parts of society, McIntosh says building a community of inclusion benefits everyone.

"The territory of gaming belongs to everyone, and sharing it only makes a better gaming community [and] makes better games," he says.

Another often-heard reaction to charges of sexism is that harassment and trash talk just go with the territory of gaming and that female players (or anyone being harassed) "need to grow a thicker skin." The idea that being abused or harassed is normal and should just be accepted, McIntosh says, is "almost pathological."

"No one should have to endure threats of rape and death just in order to participate in a social gaming experience," he says. "The price of admission to video games should not be that you have to turn off your humanity."