Accessibility links
Check Out The Barefoot Wax Sculpture Of Mark Zuckerberg : All Tech Considered Visitors to the Madame Tussauds wax museum in San Francisco will soon be able to see the zombiefied essence of the Facebook founder and CEO. Is the life-size copy too real-looking? 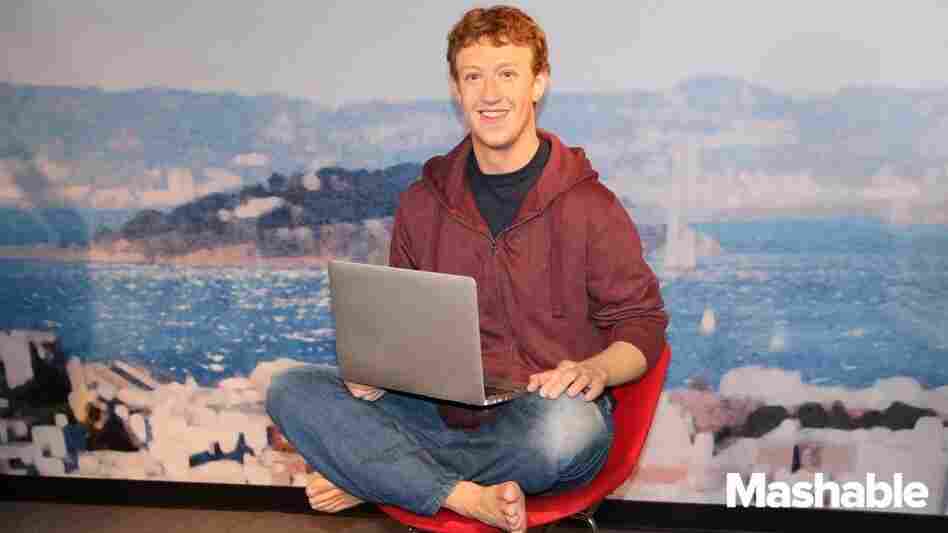 The public will be able to see the life-size Mark Zuckerberg wax figure in San Francisco. Kurt Wagner/Courtesy of Mashable hide caption 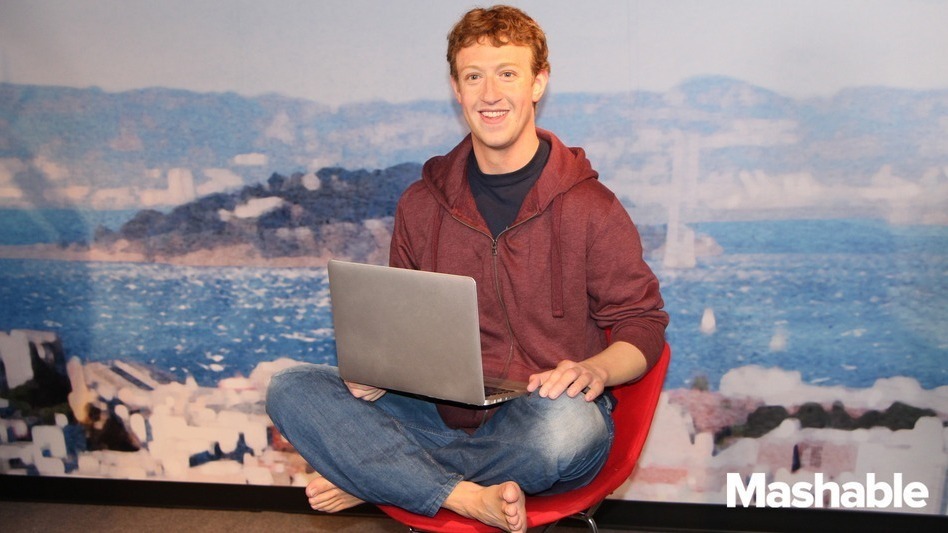 The public will be able to see the life-size Mark Zuckerberg wax figure in San Francisco.

I don't know how I missed this (yes, yes I do) but the life-size wax figure of Facebook founder and CEO Mark Zuckerberg was unveiled last week.

As you can see here, the wax Zuckerberg is dressed in his signature hoodie, sitting barefoot with his legs crossed and his laptop in his lap. Mashable reports:

"The figure, which took 20 artists between 3 and 4 months to create, is a life-size replica down to the last freckle, says [museum marketing manager Lauren] Fahrer. The figure's hair is real, took two weeks to complete and was inserted by hand, one strand at a time.

"Typically, the artists ask their subjects to do a sitting where more than 200 measurements are made to ensure accuracy. In Zuckerberg's case, the CEO was unavailable for a sitting — so artists had to construct the figure using only photos."

The thing that sorta creeps us out about this is the "uncanny valley" problem, in which the closer and closer animations — or in this case, wax figures — get to looking like actual humans, the more discomfort people feel. Maybe the artists did too good a job with the life-size Zuckerberg.

If you want to see it for yourself, the San Francisco Madame Tussauds museum will officially open on June 26. And if you go, you might see another famous tech leader also replicated there.