Accessibility links
To Know Thyself, Collect Data On Your Dog : All Tech Considered There are plenty of wearable gadgets that help us track how we exercise. Now the makers of devices and apps to track data on pets and babies hope to capitalize on the quantified-self movement. 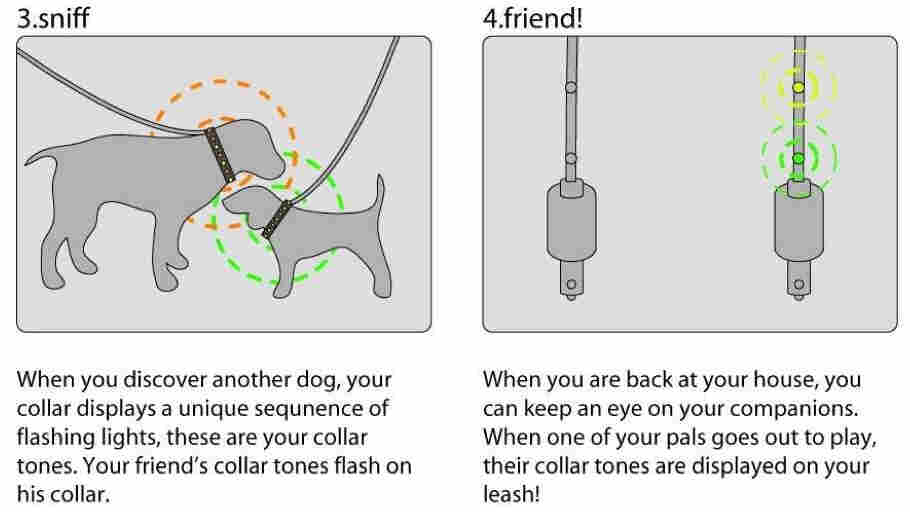 SNIF, or Social Network In Fur, was a concept from the MIT Media Lab for a wearable device for your dog. MIT Media Lab hide caption 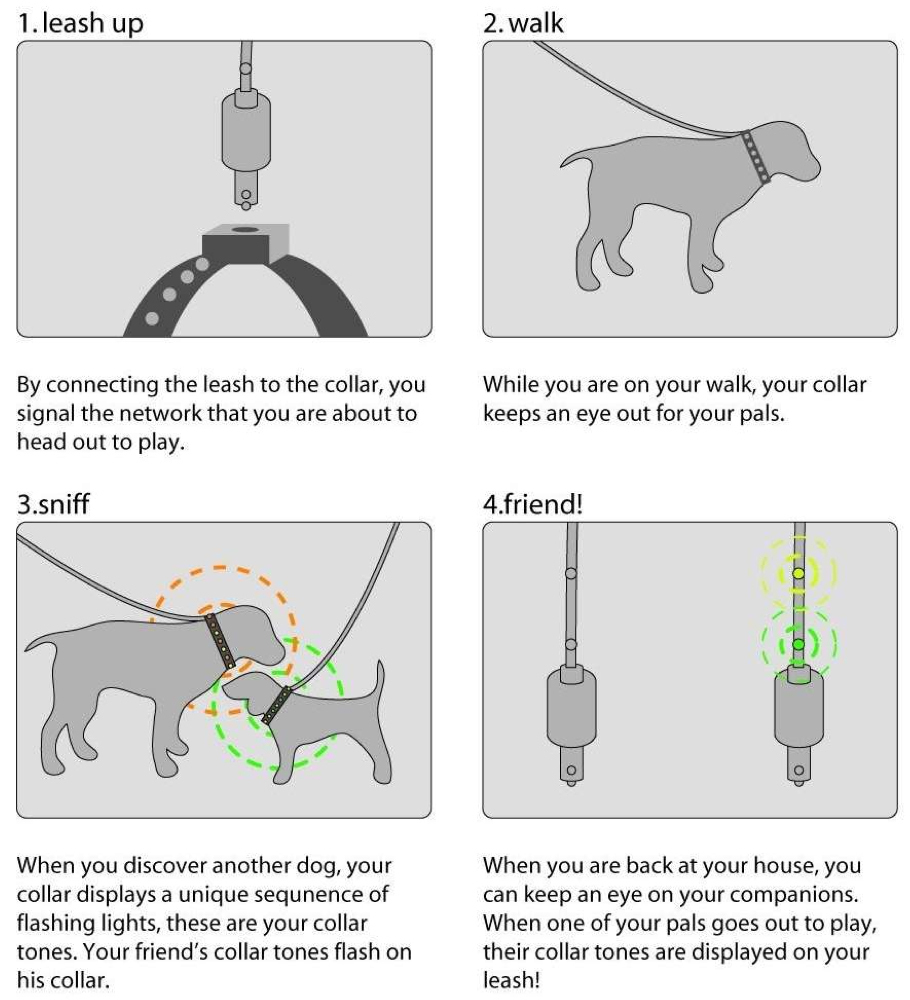 SNIF, or Social Network In Fur, was a concept from the MIT Media Lab for a wearable device for your dog.

If you walk your dog after dinner each night, does that help you sleep better? Maybe you've noticed that this seems to be the case, but access to hard data would help confirm it.

As technology advances and more people dig into the metrics of how they live, the market is exploding with wearable devices that enable deeper self-monitoring. There's even a fancy name for this: the quantifiable self, basically using technology to gather data on your life. 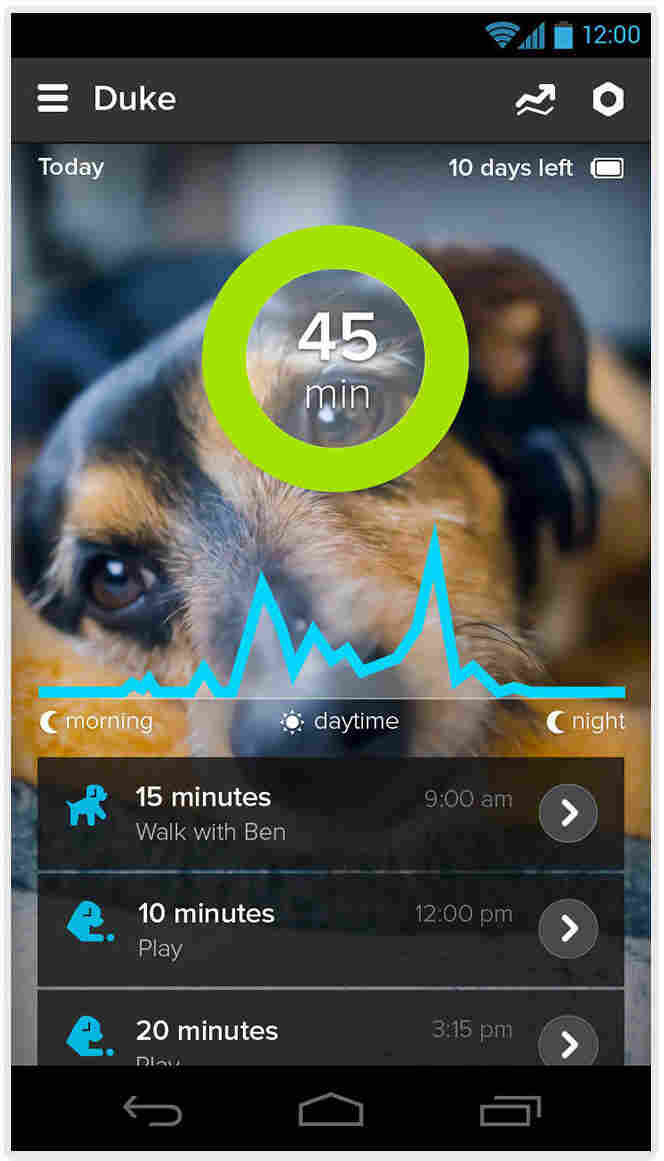 Whistle is a wearable device for your dog that tracks the pup's activity. Whistle hide caption 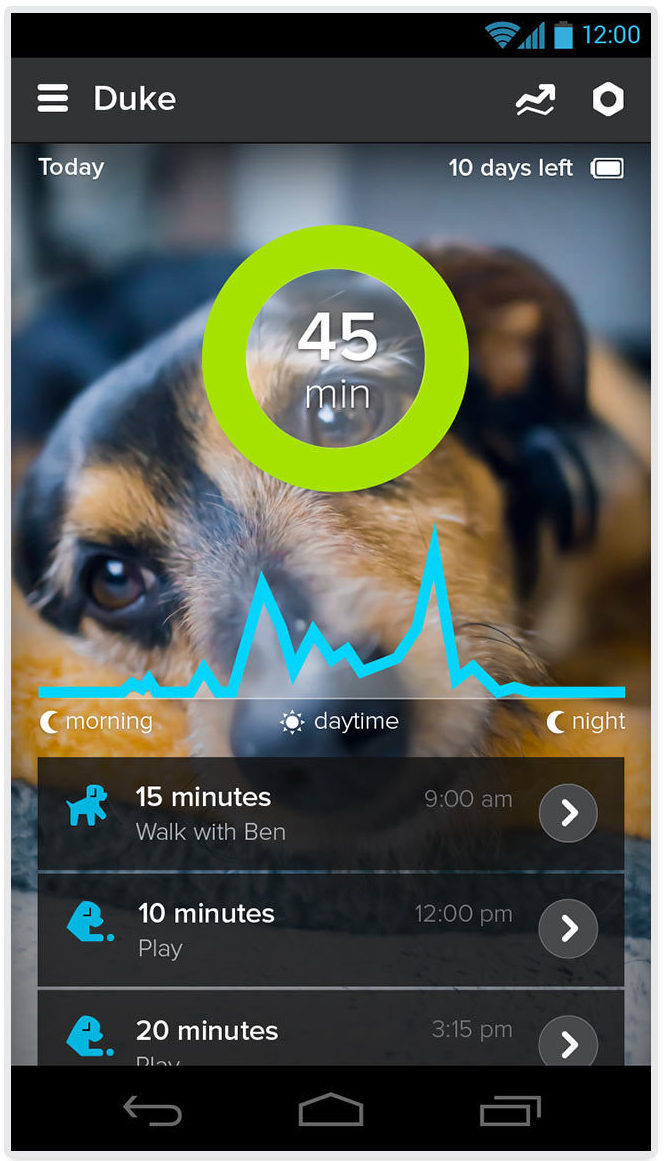 Whistle is a wearable device for your dog that tracks the pup's activity.

This week, two wearable-tech companies, Jawbone and Whistle, announced a partnership of sorts. Users of Jawbone's UP fitness tracker and Whistle's pet wearable can now sync the data from both onto one screen. Why? Because when it comes to data, more is better, apparently.

Whistle lets you set activity goals for your dog and tracks things like time spent walking and resting. You can also see when the pup is with someone else, like a child or dog walker.

"People are looking to understand themselves better. Why am I sleeping poorly? Can I change my habits? Why am I always in such a bad mood?" says Kate Farnady, development director at QS Labs. "Some of us don't even know all our questions."

You can find an app to track just about every element of your life: weight loss, fitness activity, sleep patterns, moods. Nearly 70 percent of adults in the U.S. track some kind of health indicator, according to Pew. You can even cobble together your own tools to collect data on fuzzier matters of the heart, like habits after a divorce, or hacking your use of a dating website.

People are drawn to collect this information because they're curious about the world around them — and themselves. Having hard data to lean on helps us feel more secure, and it's available, so why not?

But looking at the data can be tricky, Farnady warns.

"So much data!" she says. "Often people have a lot of data that they don't know what to do with." 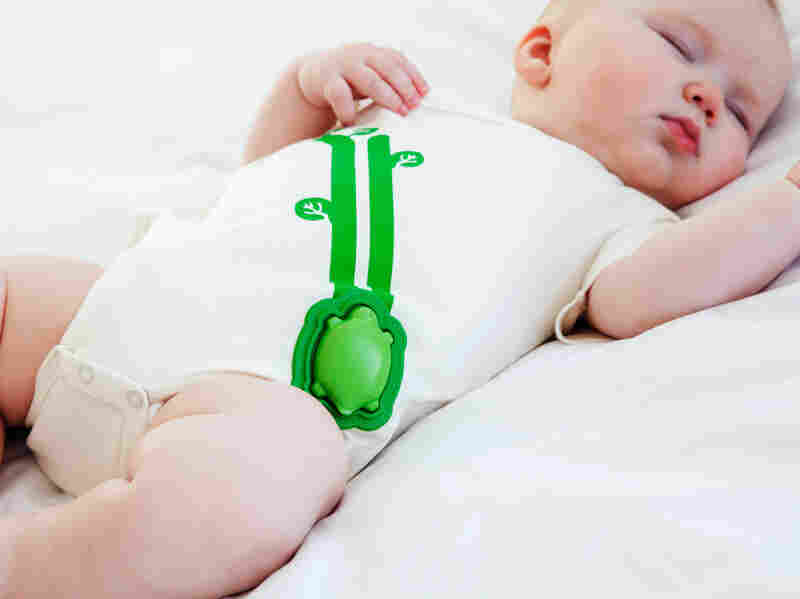 Mimo, a wearable device for babies, sends data to an app on your phone about your baby's breathing and temperature. Rest Devices, Inc. hide caption 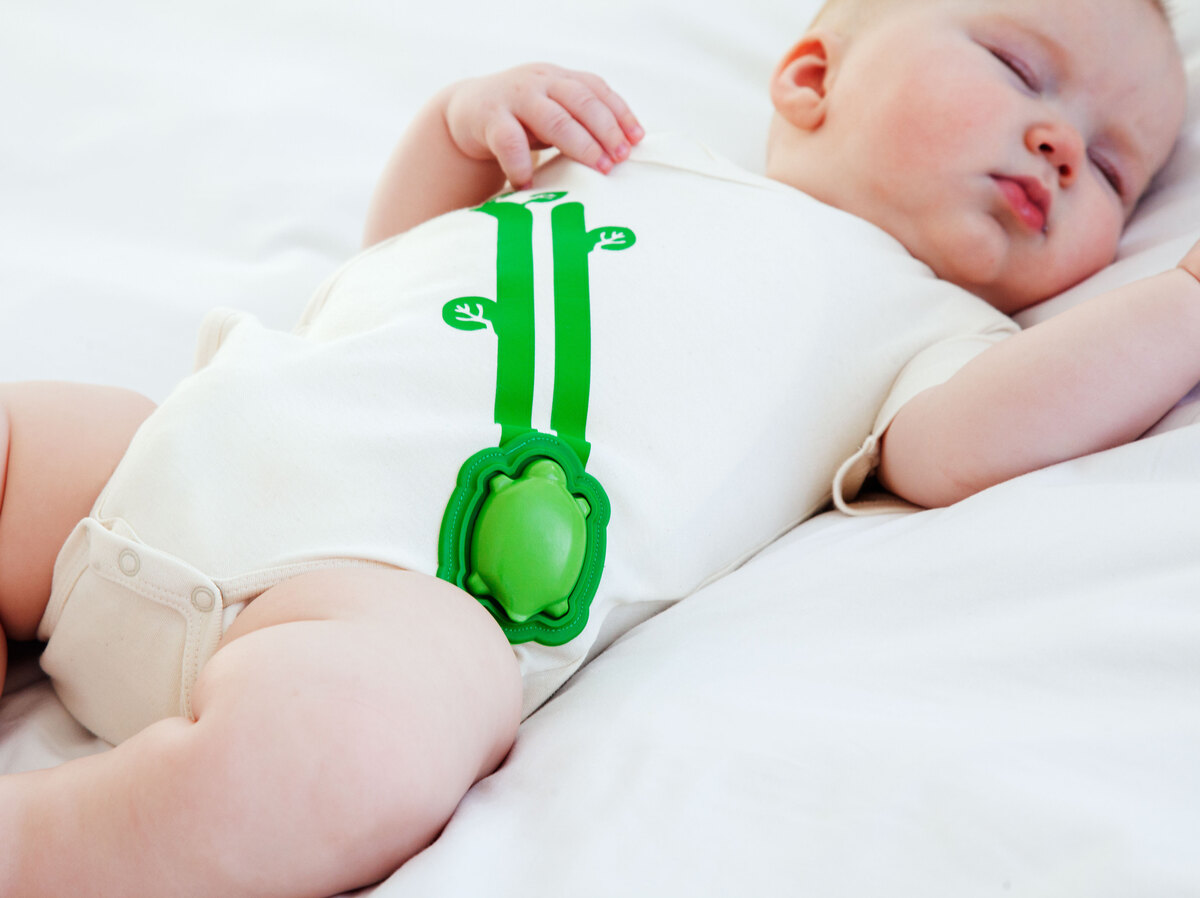 Mimo, a wearable device for babies, sends data to an app on your phone about your baby's breathing and temperature.

There's a related trend hitched to the quantifiable self. You could call apps and devices that collect data on your pet, baby or home, for example, the "quantifiable other."

Whistle is a part of this trend, collecting information about something outside your own body, your dog. Whistle is not the first of its kind.

About 10 years ago, students at the MIT Media Lab came up with the idea of SNIF, or Social Network In Fur. The product proposal reads a little tongue-in-cheek. (The graphic describing how it works is written in the point of view of a dog, for example). More seriously, the collar envisioned by the researchers had real potential value. It would collect information about the dog's behavior and its environment, like outside temperature and humidity, to "act as mobile weather stations."

The more information we have about our habits and health, the better position we're in to make changes. That's the sell, though of course it depends on what data we have and how we use it.

One type of device, in particular, could be of great use to new parents: baby wearables.

There are a few products in various stages of market-readiness, including the Sproutling, the Owlet sock and Mimo. That last one is a onesie with a little device attached to the fabric that monitors a baby's breathing, temperature and body position. While the baby is napping in the other room, you can know if she rolls onto her stomach or if her temperature spikes.

Those are good things to know the moment they happen but you can look at data over time, as well. Maybe you notice that when your child starts his afternoon nap earlier, he sleeps better at night, for example.

These tools can inform how you live your life. Of course, you could forgo the data collection and just see what you notice about your habits instead. If walking your dog after dinner makes you feel better, just paying attention to that could be enough.