Accessibility links
Check Out This Underwear With Pockets So You Can Stash Stuff : All Tech Considered It's called Speakeasy Briefs and it's kind of practical if you need to sneak something into a music festival ... or if you get mugged.

Check Out This Underwear With Pockets So You Can Stash Stuff

Check Out This Underwear With Pockets So You Can Stash Stuff 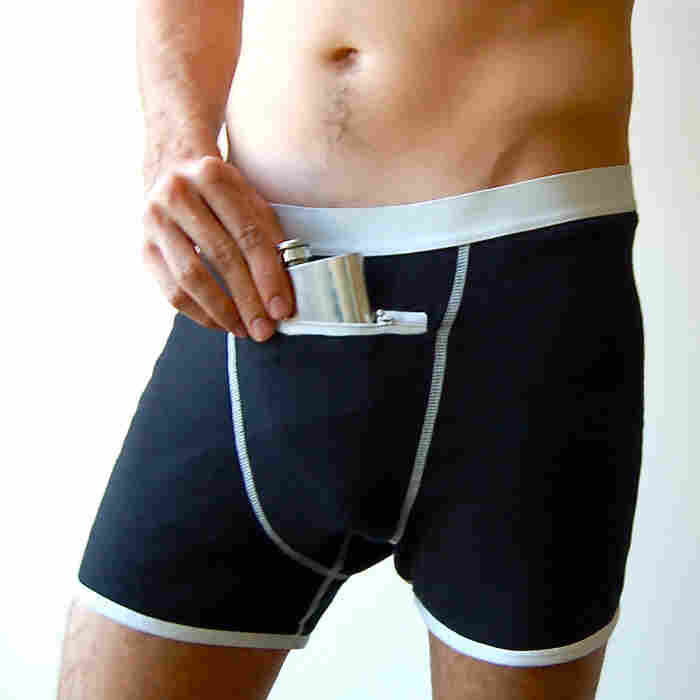 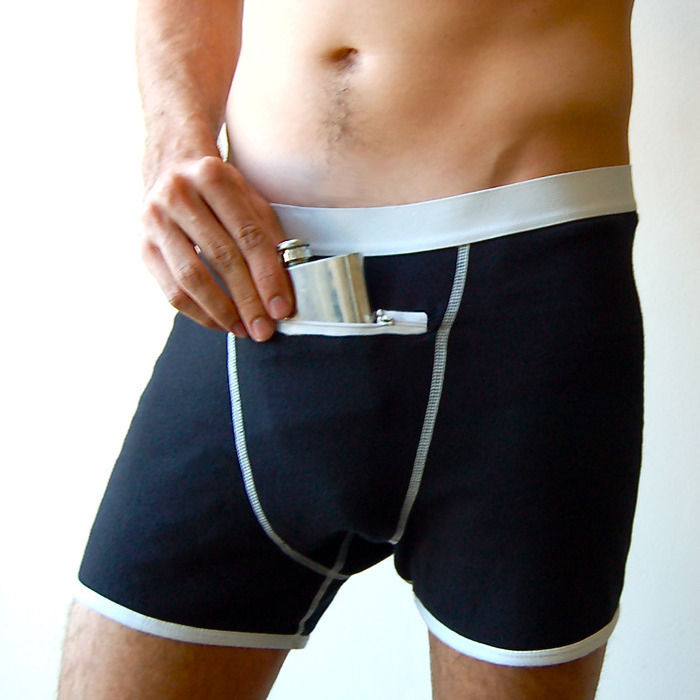 These Speakeasy Briefs retail for $23.95.

It's a really simple concept — underwear with a special pocket in the front. But Speakeasy Briefs have taken off in the past year, becoming way more popular than their designers ever expected.

"It was a pretty crazy year, and after year one, we're finding our legs," says co-creator Dan Goldman, in an interview with NPR.

Use cases abound! Just hanging around your house in your underwear and don't want to be apart from your phone? Well, the Speakeasy pocket is one place for it.

Or, you can stash your most important things — there's room for a flask — when you're at a crowded place like a music festival, or in an unfamiliar city where you might get mugged. These briefs also seem to be a real hit at bachelor parties or as a gift for groomsmen.

"The real goal is to build it out into a full lifestyle fashion brand and go from there," Goldman says.

But the idea for the Speakeasy was to solve a common college problem — how to sneak in cheaper alcohol into sporting events and concerts.

"We were watching the pat-downs outside at Outside Lands Music Festival, and we saw someone try to bring in their own flask of alcohol and it got taken away from him. And then we saw what drink prices were at this festival and thought, gosh, this is ridiculous, we could probably solve this pain point for people pretty easily," Goldman says.

San Francisco-based creators Goldman and Jeff Schneider raised three times the original $10,000 they asked for on Kickstarter to develop these briefs. They just finished their second manufacturing run, and report that the company is in the black and the briefs are selling online for $23.95 each, or $59.95 for a "Weekend Warrior 3-Pack."

This post is part of our "Weekly Innovation" blog series, where we explore an interesting idea, design or product that you may not yet have heard of. Do you have an innovation to share? Use this quick form.