Accessibility links
Think Internet Data Mining Goes Too Far? Then You Won't Like This : All Tech Considered Devices that scan your brain and read your emotions are no longer sci-fi. Researchers say the technology could threaten privacy by revealing things like your sexual orientation or political leanings. 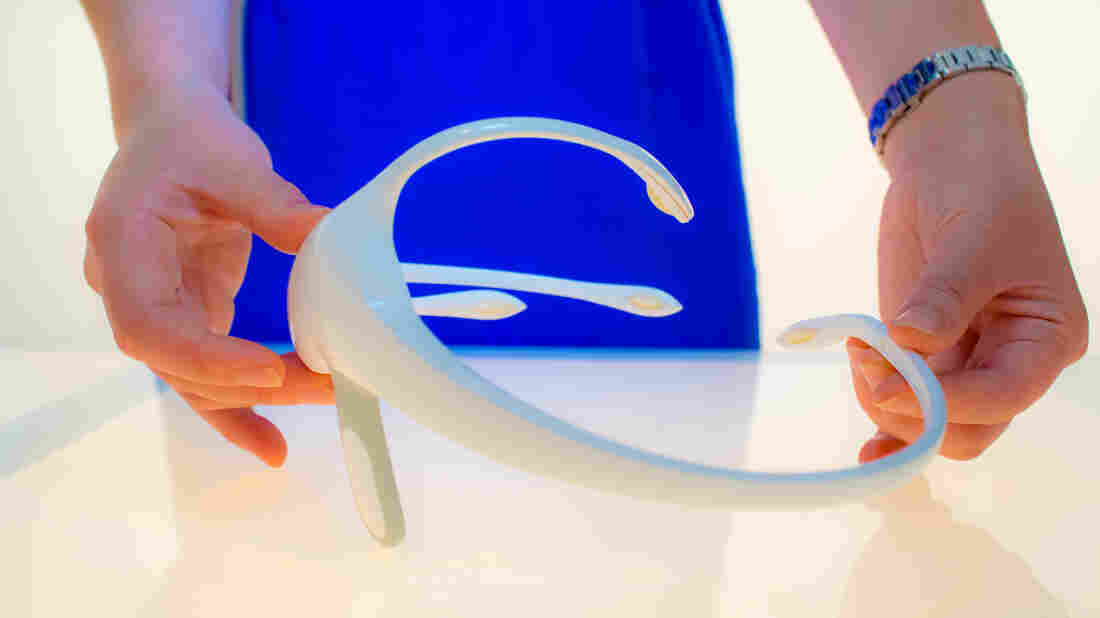 Headsets, like the Emotiv Insight, record your brain waves. Researchers are worried about future privacy issues as the technology advances. Courtesy of Emotiv hide caption 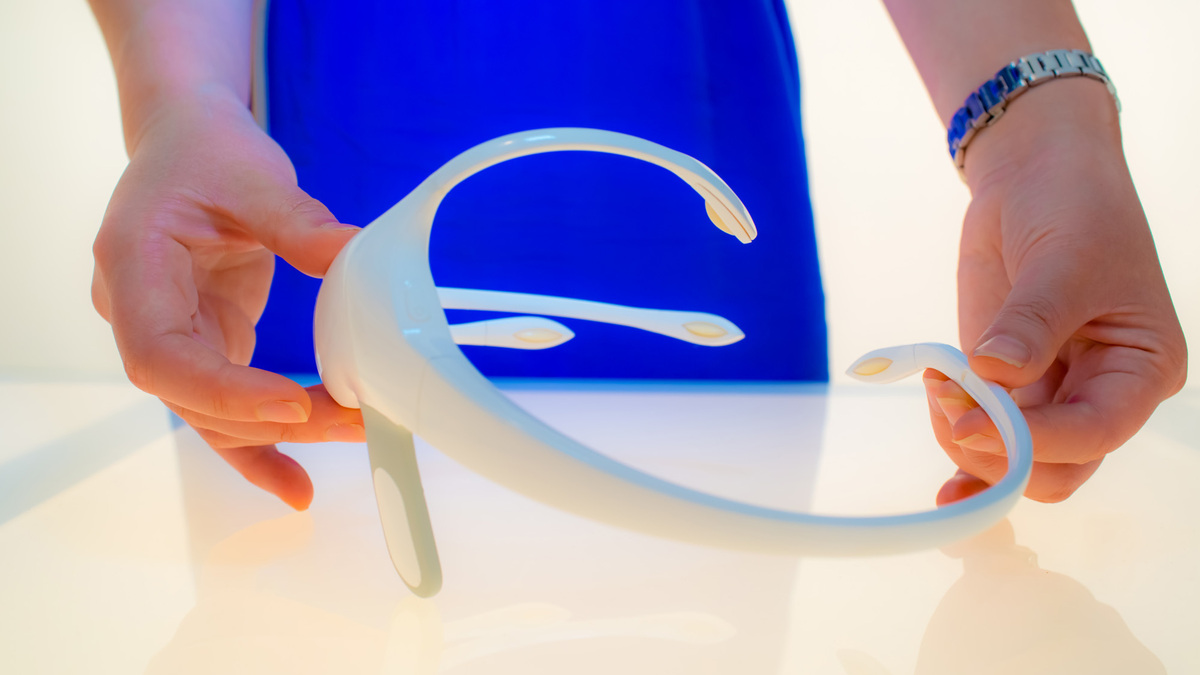 Headsets, like the Emotiv Insight, record your brain waves. Researchers are worried about future privacy issues as the technology advances.

These days, you can hop on the Internet and buy yourself a consumer-grade brain scanning device for just a few hundred dollars. Technically, they're called brain computer interfaces, or BCIs. As these devices develop, researchers are thinking a few steps ahead — they're worried about how to keep marketers from scanning our brains.

The technology, which is basically headgear that senses electrical patterns in your brain, can tell if you're excited, relaxed or focused. Fed into a computer, that brain wave information can be used for any number of applications. One of the most popular ideas is to use the brain as a "third hand" to control video games. Believe it or not, the second neurogaming expo was held recently in San Francisco.

"It's happening somewhat faster than we thought," says Howard Chizeck, a professor of electrical engineering at the University of Washington. "A couple of the new products that have shown up are already along the pathway that I think we thought were a couple of years away."

He believes we're at the edge of a boom in BCI-mediated products, and he's in a hurry to get out in front of the technology's potential threat to privacy. He's working with graduate students Tamara Bonaci and Jeffrey Herron to study how invasive these brain sensors could become.

In the study, funded by the National Science Foundation, human subjects wear a research-grade BCI while playing a video game the researches have dubbed "Flappy Whale." While the subjects play the game, images of commercial logos flicker on the screen. The sensor cap records the subject's involuntary emotional responses to those logos.

"By putting something on your head, you're actually providing an extra source of information," Bonaci says. The information leaking from your skull could be very revealing, she says. "The consequences of providing that signal without thinking about it are probably similar to the consequences of giving your DNA sample to some online database."

It sounds far-fetched, but Chizeck says the day may come when millions of people play online games while wearing BCIs. Whoever controls the game could play "20 Questions," measuring players' emotional responses to what they see.

"I could flash pictures of [gay and straight] couples and see which ones you react to. And going through a logic tree, I could extract your sexual orientation," Chizeck says. "I could show political candidates and begin to understand your political orientation, and then sell that to pollsters." He says this kind of probing might be built into the game, the way Facebook analyzes its users now, or it might be the result of malware — malicious software introduced into the system by a hidden third party.

Of course, this is all still theoretical, but that's why the scientists are doing this research. They say if they can figure out the privacy threats ahead of time, maybe they can propose ways to build in privacy and security from the start. Chizeck says we can't repeat the mistakes made in the early days of the Internet.

"When email started, defense against malware and spam and all sorts of other things was not built in," Chizeck says. "Now, it's actually a question whether we can ever have a secure Internet."

If they're successful, maybe we can avoid future news stories about the stubborn problem of "brain spyware."