Accessibility links
Redefining What It Means To Talk In The Age Of Smartphones : All Tech Considered Why talk when we can text? For many, our phones are a habit — a bad one — and only a small number of us realize it. Our voices are a way to express and define ourselves; a text message can't do that. 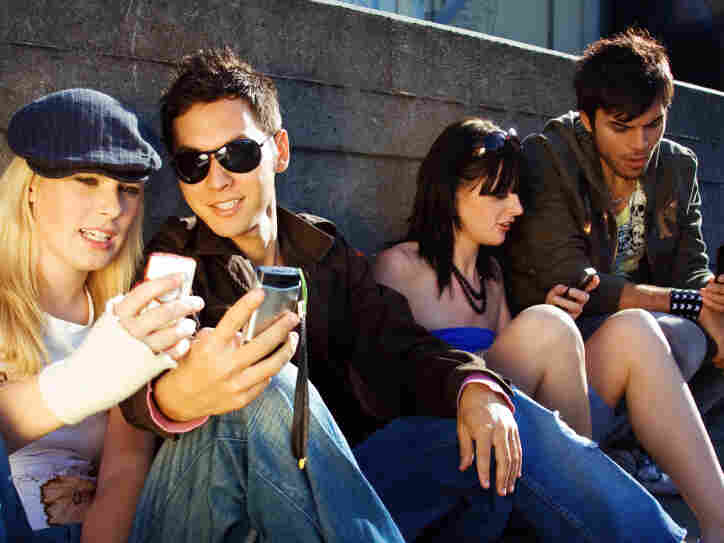 Twenty-nine percent of all cellphone owners described their phone as "something they can't imagine living without," according to a Pew Research Center survey. iStockphoto hide caption 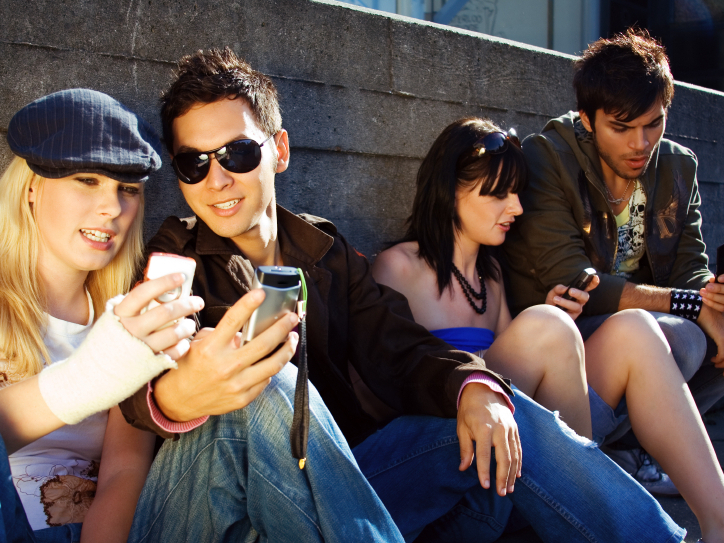 Twenty-nine percent of all cellphone owners described their phone as "something they can't imagine living without," according to a Pew Research Center survey.

Of all of the things that were a big deal as a sprouting toddler, learning to talk was one of the major milestones.

Talking is a big part of who we are as humans: as families, as business partners — as a society. It's arguably one of the most powerful forms of expression, alongside writing and art. We use our voices to ask questions, to deliver bad news, to tell someone we love them.

But the way we talk to each other is changing. The uniqueness of our voices is being drowned out by the pitter-patter of keyboards; we're always typing, texting, responding.

But according to Aaron Smith, it's not a bad thing.

As far as he and his colleagues at the Pew Research Center's Internet and American Life Project can tell, devices like cellphones are a complement to, rather than a replacement for, face-to-face or ear-to-ear conversations.

"People use these technologies to sort of fill in the gaps around the communication that they do with people," Smith says.

He notes that sometimes there are things that are hard to tell people in person. Shooting them a text or an email is often just easier, more convenient and more efficient.

But that "time-sensitive" expectation — being "too reachable" — can be stressful.

"People were much more likely to tell our respondents that they weren't responding quickly enough than to say they were spending too much time with their phones," Smith says.

Smith says people seem to prefer texting, but not necessarily because they don't want to talk to others. He adds that people aren't walling themselves off behind their cellphone or computer screen in an effort to avoid face-to-face interaction.

But is that always the case?

Technology has added to the already-silent staleness of elevator rides, subway commutes and cross-country flights so much that it's almost more awkward not to be holding a phone than it is to be looking around, observing, hoping for someone to say "hi" to.

For many, our phones are a habit — and a bad one — and only a small number of us realize it.

In her book It's Complicated, which examines the online social lives of teenagers, Danah Boyd says that "being 'addicted' to information and people is part of the human condition."

She writes that this phenomenon "arises from a healthy desire to be aware of surroundings and to connect to society."

"The more opportunities there are to access information and connect to people, the more people embrace those situations," Boyd says.

The growing muted-ness of our in-person social interactions is beyond question, and it's just as big a deal as our first few words as a toddler were. If we're smart enough to create the technology, shouldn't we be smart enough to know when it's time to put it down?

Phones with their Facebook pages, Instagram feeds and Snapchat notifications are undeniably irresistible to many of us. We can't help it. We're brainwashed.

We allow mindlessness to take precedence over the insight that strangers — that any of us — can offer each other. We're looking down at our phones when we could be looking up at all there is to see — you can't express facial expressions, body language and sarcasm in an email.

Sometimes, when I mechanically click my "habit apps," I don't even consciously know what I'm looking or hoping for. I do it because everyone around me is doing it, or appearing to.

Life looks (and sounds) far less exciting through a screen.

Allie Caren is an intern with NPR News.