Accessibility links
Digital Detox, Step 1: Step Away From The Phone : All Tech Considered Summer vacation season has people thinking about how to sign off and escape from the Internet. Is it possible? All Things Considered wants to know about your attempt at a digital detox. 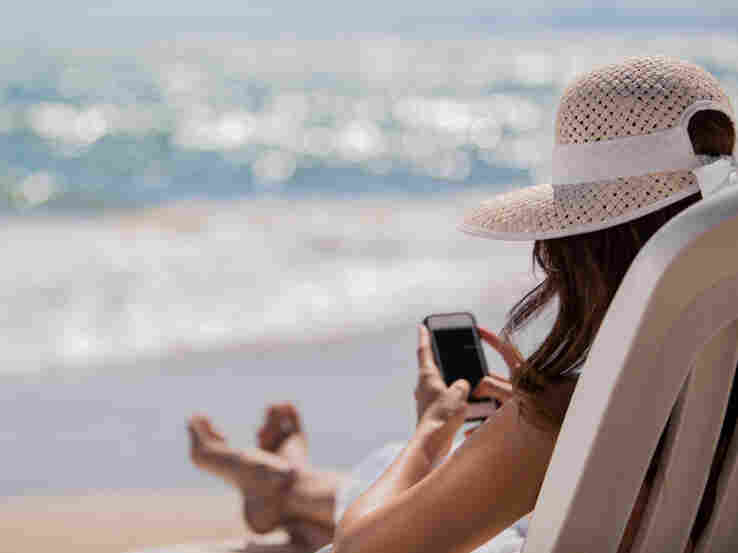 Take a break from catching up on social media and emails — even if it's only for a few days. iStockphoto hide caption 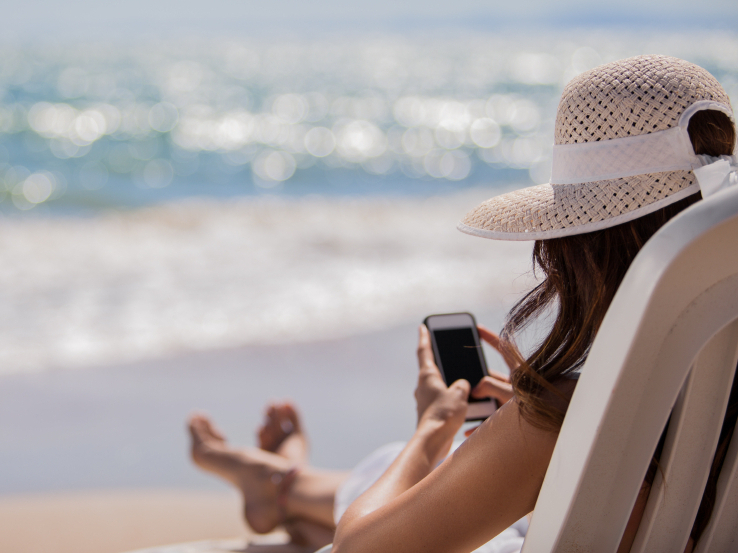 Take a break from catching up on social media and emails — even if it's only for a few days.

The summer months are upon us again. It's the season to sit outside, decompress and finally put those accumulated sick days to good use: It's vacation season.

Vacation traditionally means taking a break from all of the stresses, worries and routines of our daily lives. We put the work down in order to pick up a cool drink and a new novel.

So let's make sure we have everything:

Believe it or not, some people put down the smartphone, avoid their email, and stay off of social media for more than a few hours at a time.

Mat Honan puts himself in situations where he doesn't even have the option of using technology. He goes camping.

"I love to go out," says Honan, a senior writer at Wired magazine.

Honan says he loves being online, but he thinks "there's value in spending time in quiet reflection."

"That's something we've known for thousands of years," he says. "Very hard to be reflective when you're distracted by these streams that have something interesting."

So whether it's for a week or a few days, the tech writer says take a break: Just unplug.

Paul Baier, a software company executive, takes breaks from social media a little bit more seriously — he pays for it.

Or at least he did.

Baier's daughter, just now finishing her sophomore year of high school, knew her father thought she spent too much time on Facebook. So, halfway through her freshman year, the now 15-year-old put a deal on the table: If Baier paid her, she would stay off Facebook.

"I thought she was joking," says Baier. "I said you couldn't live without Facebook."

But she did, and with ease. And she was baffled when the Internet and TV went crazy with her story. She turned down all interviews.

And this isn't the only story of its kind.

A teacher waived an exam for students who agreed to give up their phones. Another writer stayed off the Internet, entirely, for a year. He said he learned it wasn't the Internet that was causing his problems.

So, we want to hear your story. Tell us about your attempt at a digital detox. Did you last a week, a day? Was it challenging? Refreshing? Tell us what you did, and how it went. But you have to use the Internet to let us know.

Visit All Things Considered on Twitter or Facebook, or fill out this form, to tell us about your digital detox stories.