Accessibility links
These Bathroom Lights Tell You Where It's OK To Go : All Tech Considered This week's innovation pick: green and red lights that show if stalls are occupied. The lights are designed to cut wait time, provide privacy and collect data — all for a better bathroom experience.

These Bathroom Lights Tell You Where It's OK To Go

These Bathroom Lights Tell You Where It's OK To Go 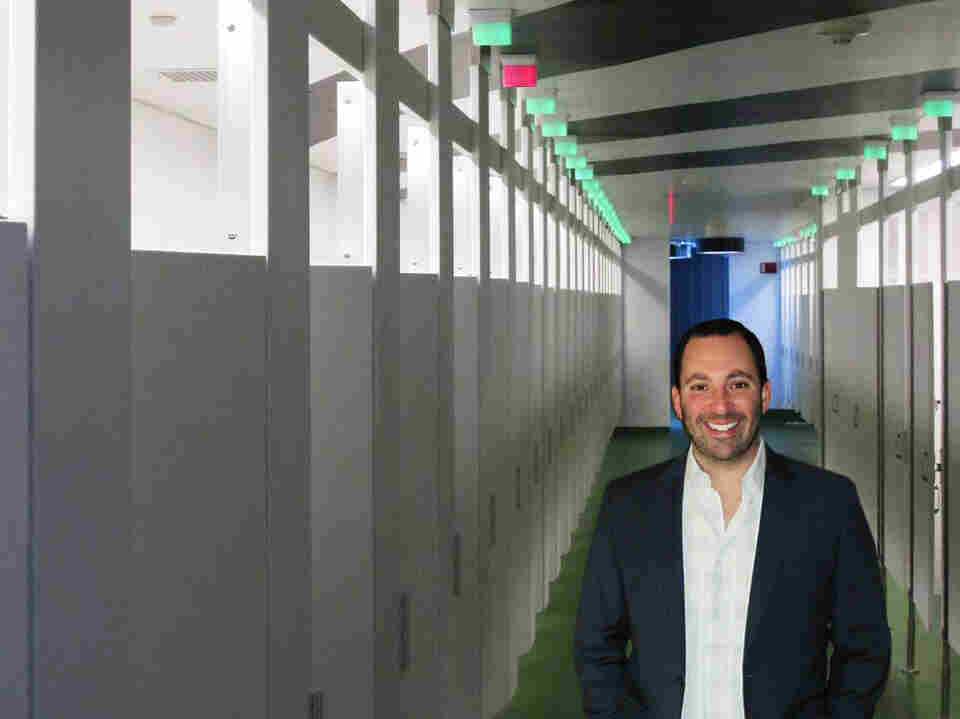 Allen Klevens is the co-founder of Tooshlights, a California-based company that wants to ease the wait for a bathroom stall. Tooshlights hide caption 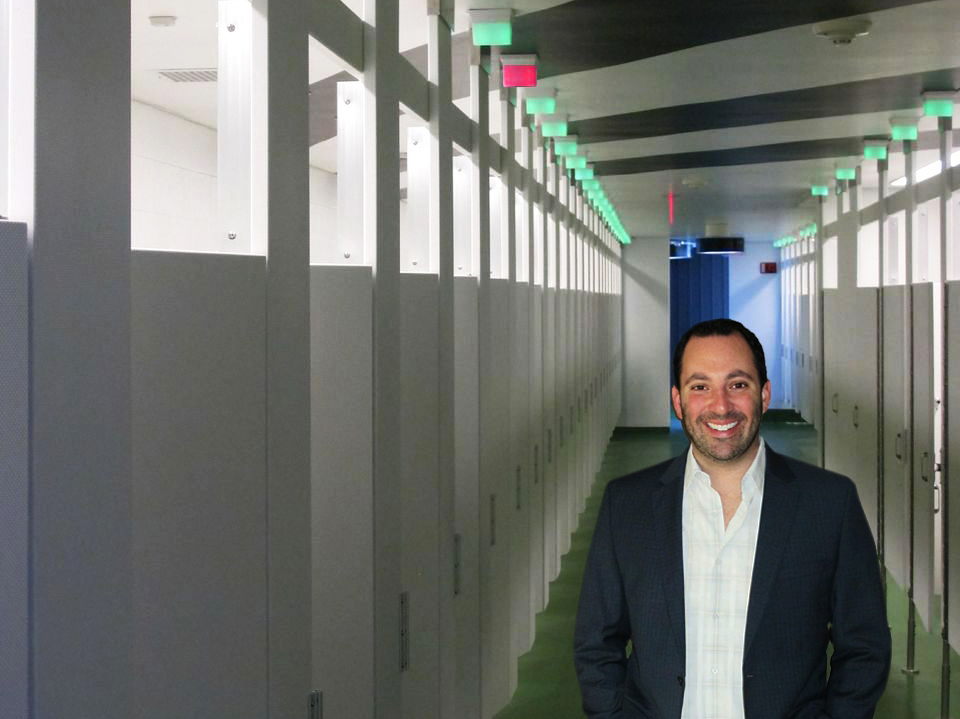 Allen Klevens is the co-founder of Tooshlights, a California-based company that wants to ease the wait for a bathroom stall.

The only thing worse than a long line at a public bathroom is not being able to find an open stall once you've finally reached the front of the line.

Tooshlights helps you "know where to go."

Aptly, the idea came from a simple complaint at the Hollywood Bowl, the famous Los Angeles concert venue: the lines for the restrooms were too long.

"We've all had an experience, I believe. We just don't talk about it. You don't think about those kind of things," says Allen Klevens, co-founder of the Newbury Park, Calif.-based company called Tooshlights. He says it took about a year to develop "something that would work on any stall door in any public restroom."

A New Way To Unclog A Toilet (At Your Own Risk)

The Hollywood Bowl's operators reached out to his friend, Todd Bermann, who had been a video and audio contractor at the venue for over 30 years. He called Klevens, who had just sold his background music company, and together they conceived Tooshlights.

The two figured that similar technology is used in large parking structures to detect open spaces. So why couldn't it do the same for a bathroom stall?

"They park cars and we park other things," Klevens says.

It's been about a year since that original idea, and the Hollywood Bowl now has 67 Tooshlights installments. Klevens says the feedback has been positive.

"Women, they definitely love it," he says, though it can also work for a men's bathroom with as little as one or two stalls.

Tooshlights has three objectives: It aims to expedite bathroom wait times, provide privacy for the consumer, and collect data for venues (if they subscribe to it). The data can be be used to figure out bathroom traffic patterns to help improve the facilities.

Tooshlights installs units at $300 to $800 per stall, depending on customization options.

The company also has plans to integrate itself with the mobile apps of venues where Tooshlights are installed. Concertgoers and sports fans could use the apps to see restrooms that are close to them, and whether there are toilets available.

Everything Old Is New Again: The Toilet-Sink Edition

"It's not just a gimmick," he says. "It's something we're trying to bring to the forefront."

This is part of our "Weekly Innovation" blog series, in which we explore an interesting idea, design or product that you may not have heard of yet. Do you have an innovation to share? Use this quick form.

An earlier version of this post said the company has contracts to install Tooshlights in an NFL stadium and two NCAA stadiums. The company now says the contracts have not yet been signed.