Accessibility links
Yearning To Be A 'True Sport,' E-Sports Group Changes Gender Rules : All Tech Considered Backlash prompted an e-sports organization to pull an about-face last week after promoting a competition exclusively for male players, but the group's larger ambition may have been as much motivation. 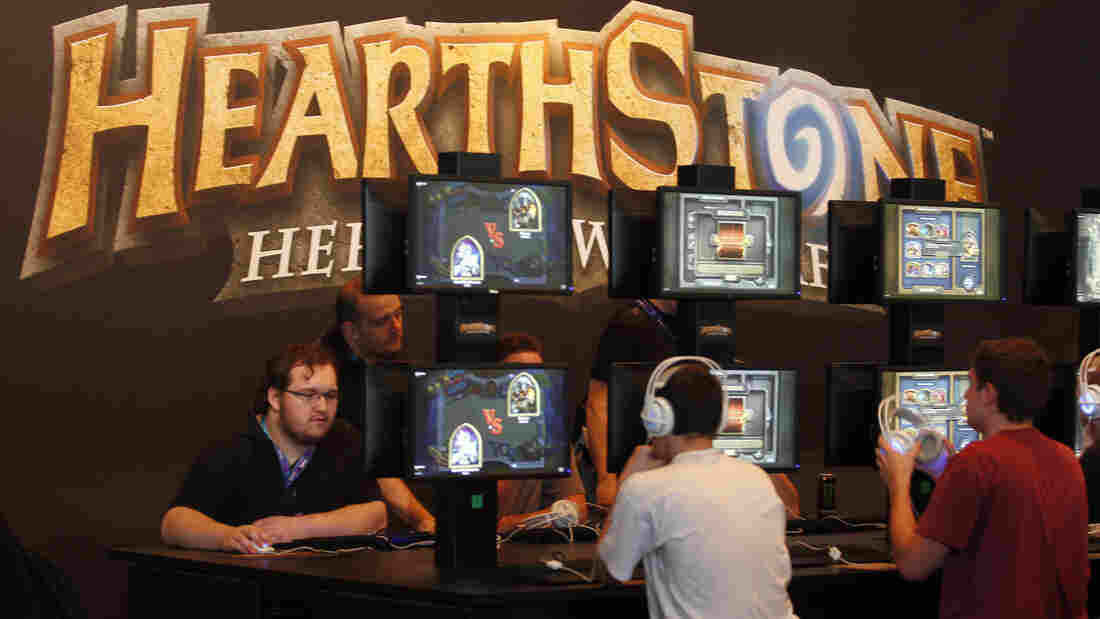 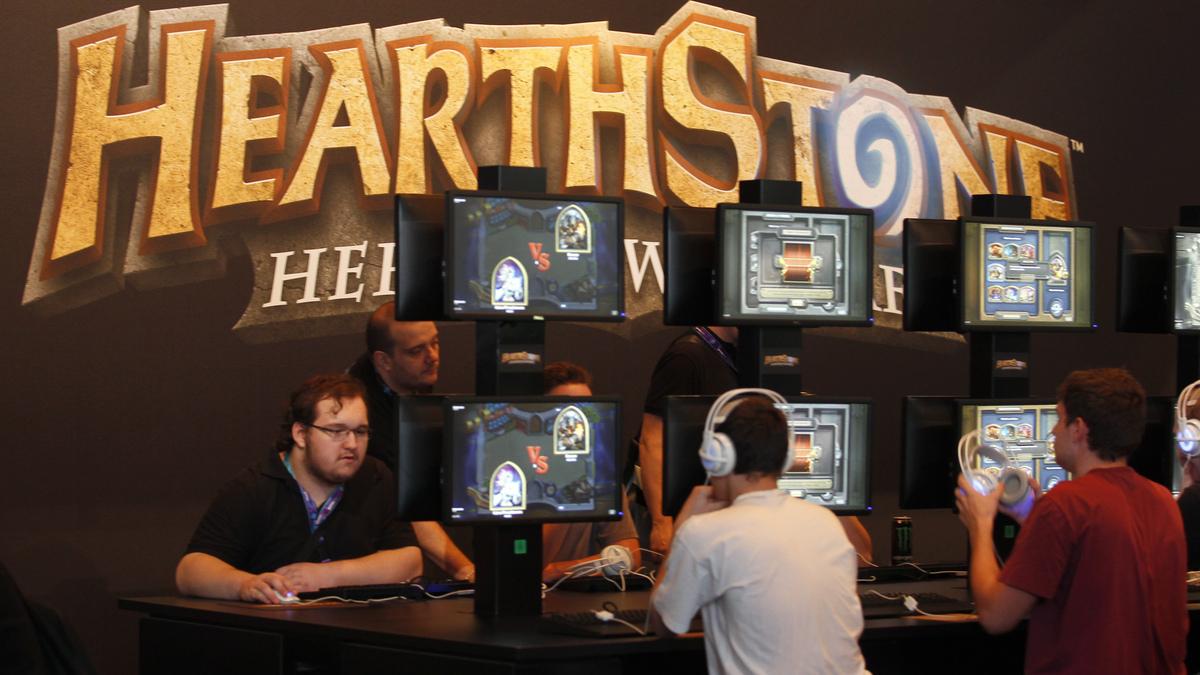 A tournament in Finland for the competitive digital card game Hearthstone raised attention last week when the invitation called for male players only.

The world of e-sports was rattled this past week when an organization vying to become its governing body drew anger for organizing gender-divided tournaments.

Here's a quick breakdown of what happened: Until last week, the International e-Sports Federation (IeSF), a South Korea-based organization that seeks to get e-sports recognized as a "true sport," had rules that divided an upcoming tournament into separate men's and women's divisions. Separate but not equal: There weren't female equivalents for all the games being played in the men's division.

When an IeSF qualifying tournament in Finland for the digital card game Hearthstone was made open only to "Finnish male players" because of those rules, the Internet took notice. Players reacted, opinions were had, and Reddit posts were made.

The IeSF responded to the uproar quickly and changed its rules in an emergency session last week. In a statement, the company's board said all tournaments that had previously been set aside as a strictly male division were now "open to all." They retained the female-only tournaments, however, citing "the importance of providing female gamers with ample opportunities to compete in e-Sports — currently a male-dominated industry."

Why Divide Men From Women In E-Sports?

The original, intended goal for the gender-divided tournaments, the IeSF says, was to help advance its goal of legitimizing e-sports. Part of that effort was to comply with international sports regulations as it seeks membership into SportAccord, an organization that unites numerous international sports federations. Its rules state that a sport must "actively encourage women to participate."

Alex Lim, IeSF's general manager of international affairs, told gaming website Polygon that it was with this in mind that the organization decided to approach its tournaments like traditional sports, which are often divided into men's and women's divisions.

Gender division in physical sports may be commonplace, but for games that don't rely on physical prowess, those divisions are hard to justify. The World Chess Federation, for example, is a member of SportAccord. While there are women's divisions available, the chess World Championship and its qualifying competitions are open to all.

When it comes to e-sports, critics of gender division say there is no advantage gained in StarCraft II, Hearthstone or any other competitive video game simply by being male. The new rules adopted by the IeSF are closer to the World Chess Federation's model.

"As we strive to do the best we can to promote e-sports as a true sport beyond any barriers, mistakes might happen along the way, but it is our duty as a community of e-sports fans and enthusiasts to learn from those mistakes and to make sure they remain in the past," Lim said.

What's The Big Deal About Being A 'True Sport'?

With tournaments already reaching multimillion-dollar prize pools, pro players being granted "athlete visas" and even a college offering e-sports scholarships, you might wonder why it would be so important for e-sports organizations to be recognized as a "true sport."

IeSF's stated mission is to become the governing body of e-sports, a position yet unfilled as e-sports increase in popularity.

When the IeSF submitted its application to SportAccord last year, it said membership would also "prepare the ground for e-sports players in the world where they can share benefits which have been privileges of athletes in general sports."

Considering how far e-sports have already come, it's unclear to what additional benefits and privileges they are referring. Membership in SportAccord, however, would give IeSF the power to establish referees and player certification and promote competition standards.

And as with most competitions, larger prizes and greater rewards open the door to cheating, unregulated tournaments or perhaps even doping (the IeSF became an official signatory of the World Anti-Doping Agency in 2013) — all issues a governing body could rein in.

What do you think? Should e-sports be recognized as a "true sport" for purposes of establishing a governing body? If you can't see the poll below, click this link to answer.