Accessibility links
How Much Time Do You Spend On Your Smartphone? Let's See : All Tech Considered This week's innovation pick: a mobile app that's designed to quantify your iPhone usage. It keeps tabs on how much you're using your phone and updates you throughout the day. 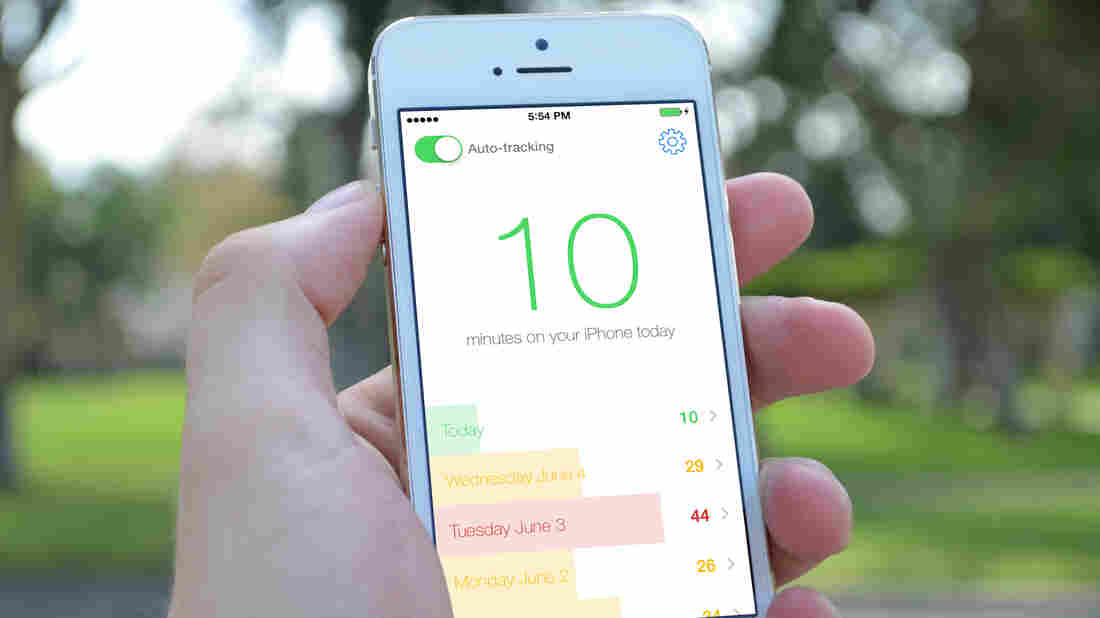 Moment is an iPhone app that lets users see how much time they're spending on their cellphones. Moment hide caption 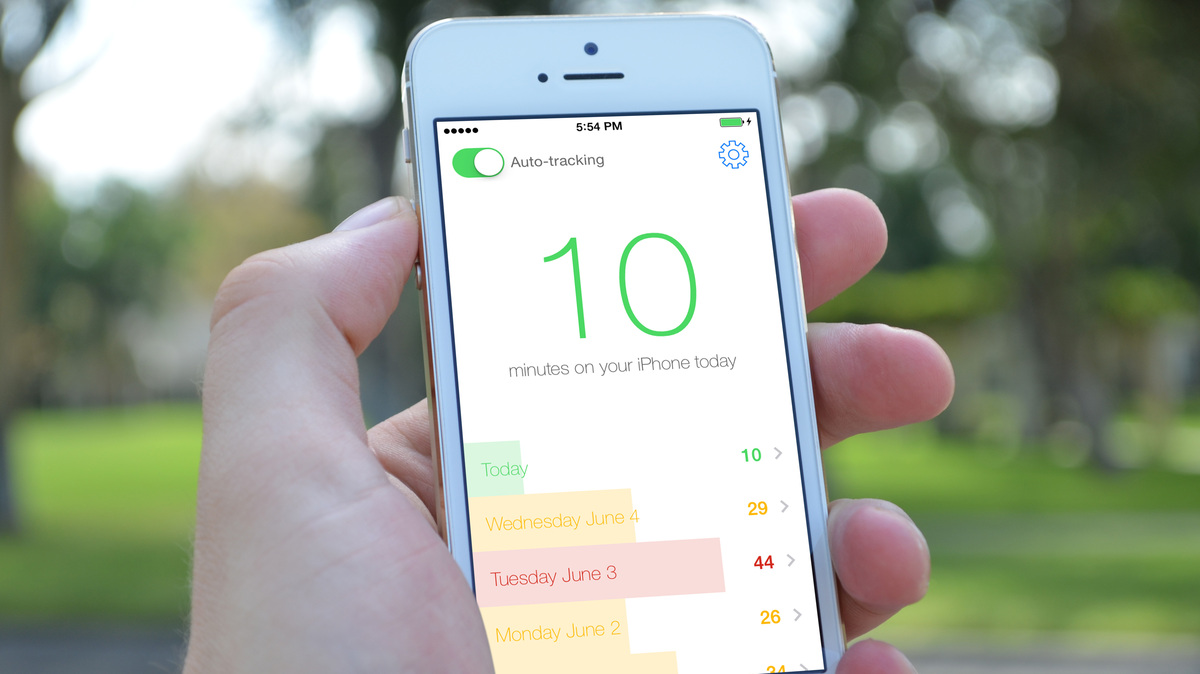 Moment is an iPhone app that lets users see how much time they're spending on their cellphones.

How much time are you spending on your phone? Would you want to know if you could?

Kevin Holesh did, so he invented a mobile app to find out; as he wrote on Medium, he was — and still is — "addicted to being distracted."

The app is called Moment, and it is designed to help you monitor (and hopefully, lessen) the time you spend staring glassy-eyed at your phone. You set the "start" and "end" times for tracking your phone use, as well as your maximum daily limit. The app gives you "nudge" updates every so often so you know how much time you've used.

Holesh says that because there's no way to tell if a phone is unlocked — and thus, in use — Moment uses every piece of information it can to determine whether a phone is being used. This includes location, the position a phone is in, whether you're connected to the Internet and the battery level.

Surrounded By Digital Distractions, We Can't Even Stop To Think

The 25-year-old has been a Web designer for about 10 years. And it wasn't until he and his fiancee moved in together that he realized their phones were an unhealthy distraction. He originally built the app for himself, when cooking dinners and sipping wine on the patio after work with his fiancee turned into "iPhone zone-out time" on the couch.

"Moment is just a tool to become aware of how much you're using your iPhone," Holesh says. "I don't really want the app to judge you."

He says the app has made him more aware of how he's spending his time. He said he thinks, "How much time am I going to spend on this vs. what else I could do?"

Monday through Friday, Holesh spends about 50 minutes per day on his phone, while during the weekend, he logs about 10 minutes per day. He says he wants users to be conscious of the time they spend on their phones, not self-conscious about it.

"I've kind of replaced my mindless Twitter reading with reading," he says. He just finished #GIRLBOSS by Sophia Amoruso, founder and chief executive officer of Nasty Gal, an online retailer that specializes in fashion clothing.

Holesh says that to fix the phone problem that so many of us love to hate, people need to be more open to being bored.

"It's sort of silly on the face of it to need an app to get you less addicted to apps," he says. "There's really nothing that I can do or any developer can do to make you use your iPhone less. That's sort of a choice that has to come from inside yourself."

Moment is available in the App Store and is currently only compatible with iPhones and iPads. Holesh hopes to someday bring Moment to a Mac computer or Android near you.

Allie Caren is a digital news intern at NPR, where she writes about tech-related news and innovations. And according to Moment, she spent 50 minutes on her iPhone yesterday. Follow Allie on Twitter at @alLISTENc.