Accessibility links
Robin Williams, An Avid Gamer, To Be Remembered In World Of Warcraft : All Tech Considered Many people know the late actor and comedian for his film and TV work, but to the gaming community he was a staunch advocate and a fan. 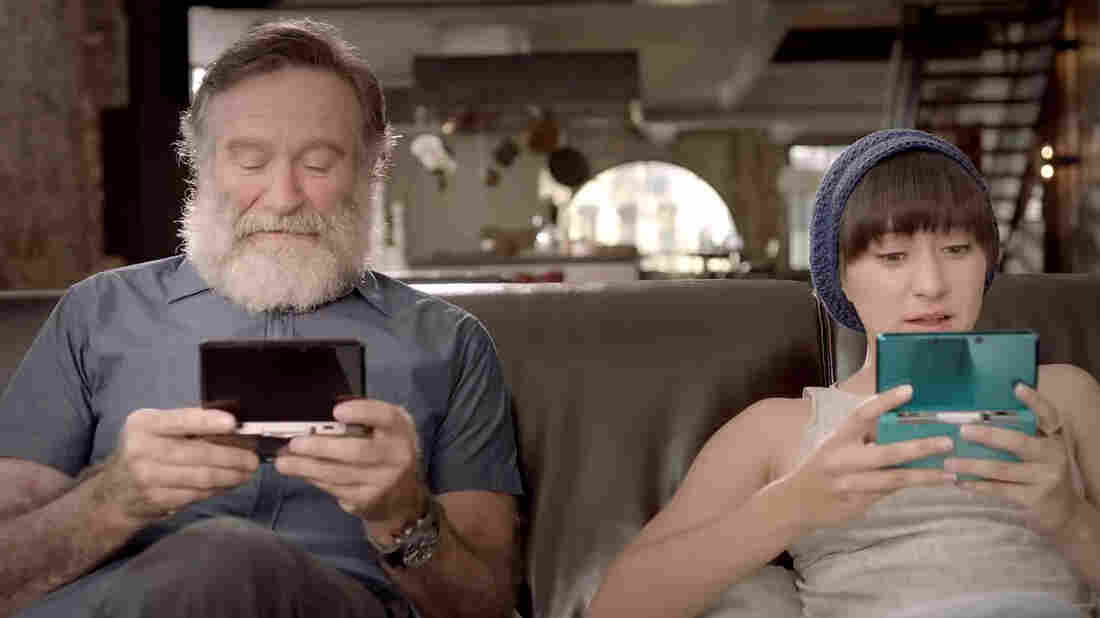 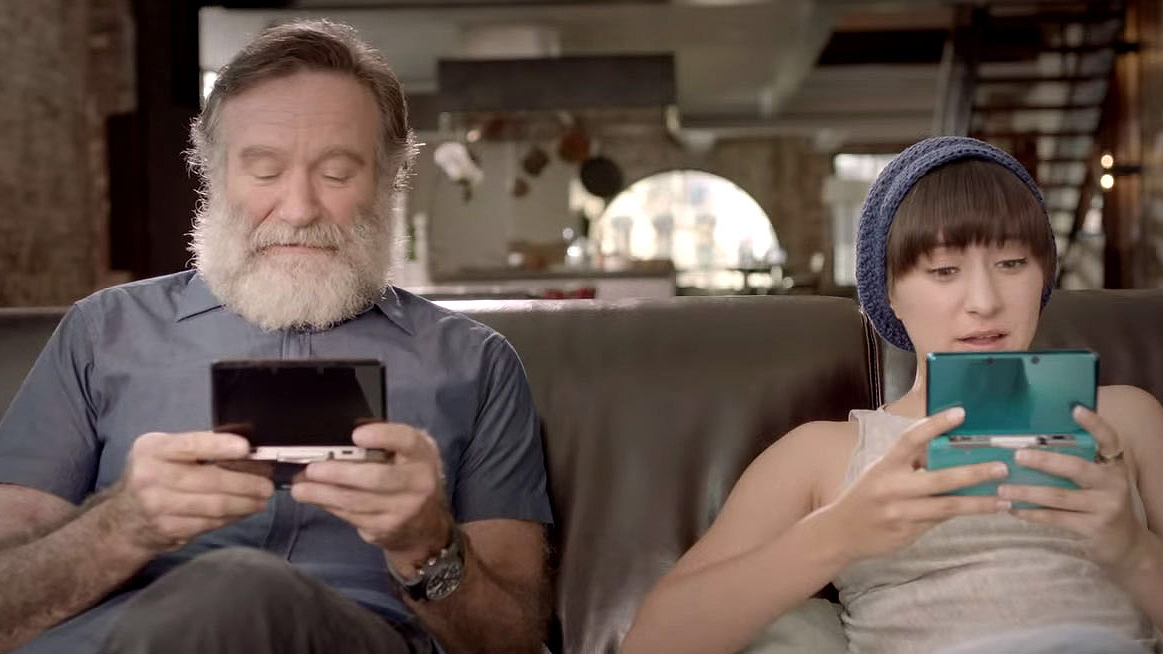 Robin Williams and daughter Zelda Williams play the Nintendo 3DS in an image from a promotional video. Williams, an avid gamer, died earlier this week.

Robin Williams, the late comedic actor who died earlier this week, was well-known for his offbeat characters and devotion to acting on stage, screen and TV. But to the video game community, he was also known as an obsessive fan and shameless advocate of video games.

Among the games he played was World of Warcraft, the massively multiplayer online game played by millions. Upon news of his death, fans began a petition to the game's creators, Blizzard Entertainment, to memorialize Williams in the game.

The petition grew, and when asked on Twitter, World of Warcraft technical game designer Chadd Nervig responded: "Yes. We're taking care of it."

.@robinwilliams Thank you. You gave us so much joy in our lives, and we hope you enjoyed your time in our world. We’ll see you in-game.

Williams spoke openly about his fondness for video games. Recently in an Ask Me Anything on the website Reddit, he mentioned playing the games Portal and Call of Duty. Though, he confessed, he didn't play the latter much online because "getting my ass kicked by an 11-year-old is very humbling."

Most notable was Williams' fondness for the Legend of Zelda series of games by Nintendo. He was such a fan of the game he even named his daughter after the oft-in-peril princess, Zelda. Williams went on to do promotions with Nintendo for several games in the Legend of Zelda franchise.

Robin Williams: In Looking For Laughs, 'You Have To Be Deeply Honest'

As he told it, Williams and his wife played the first Legend of Zelda game while she was pregnant with their daughter.

"It's a sweet name and really kinda fits her, she's really kinda magical," he said in an interview with Jimmy Fallon in which he joked about his "cyberaddiction."

In-game memorials are not new to the World of Warcraft game, which is nearing its 10-year anniversary. It's not clear yet how Williams will be remembered in the game, but in the past Blizzard has paid tribute to many fans who have died with statues, memorial sites, magical items and permanent, nonplayer characters that persist in the game's world.